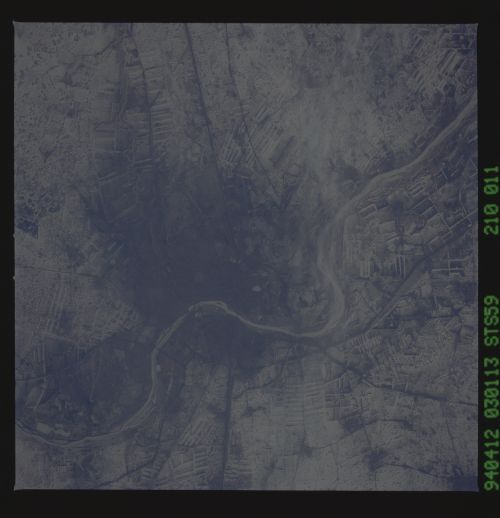 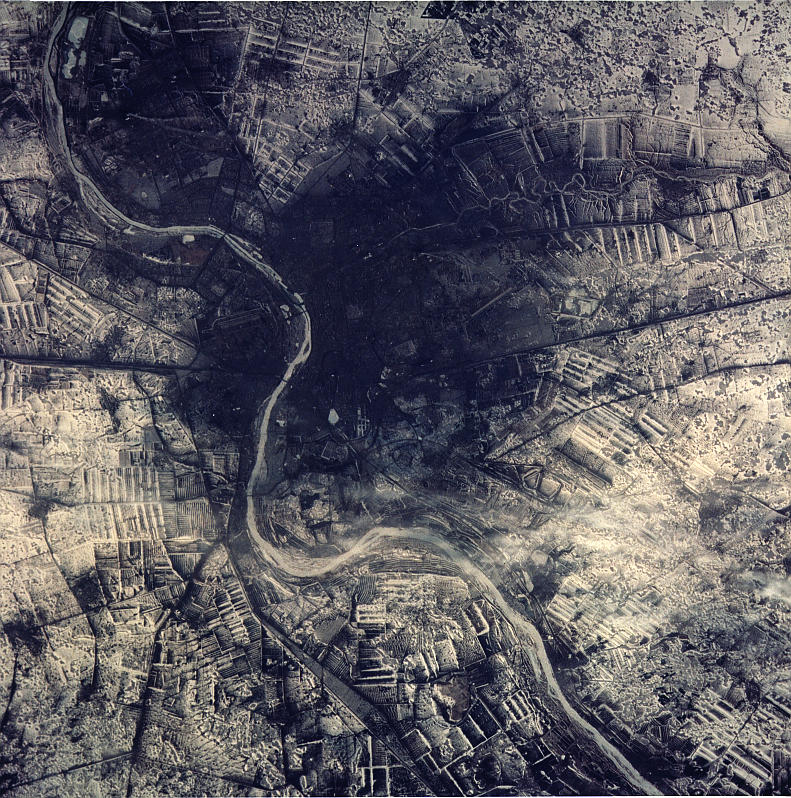 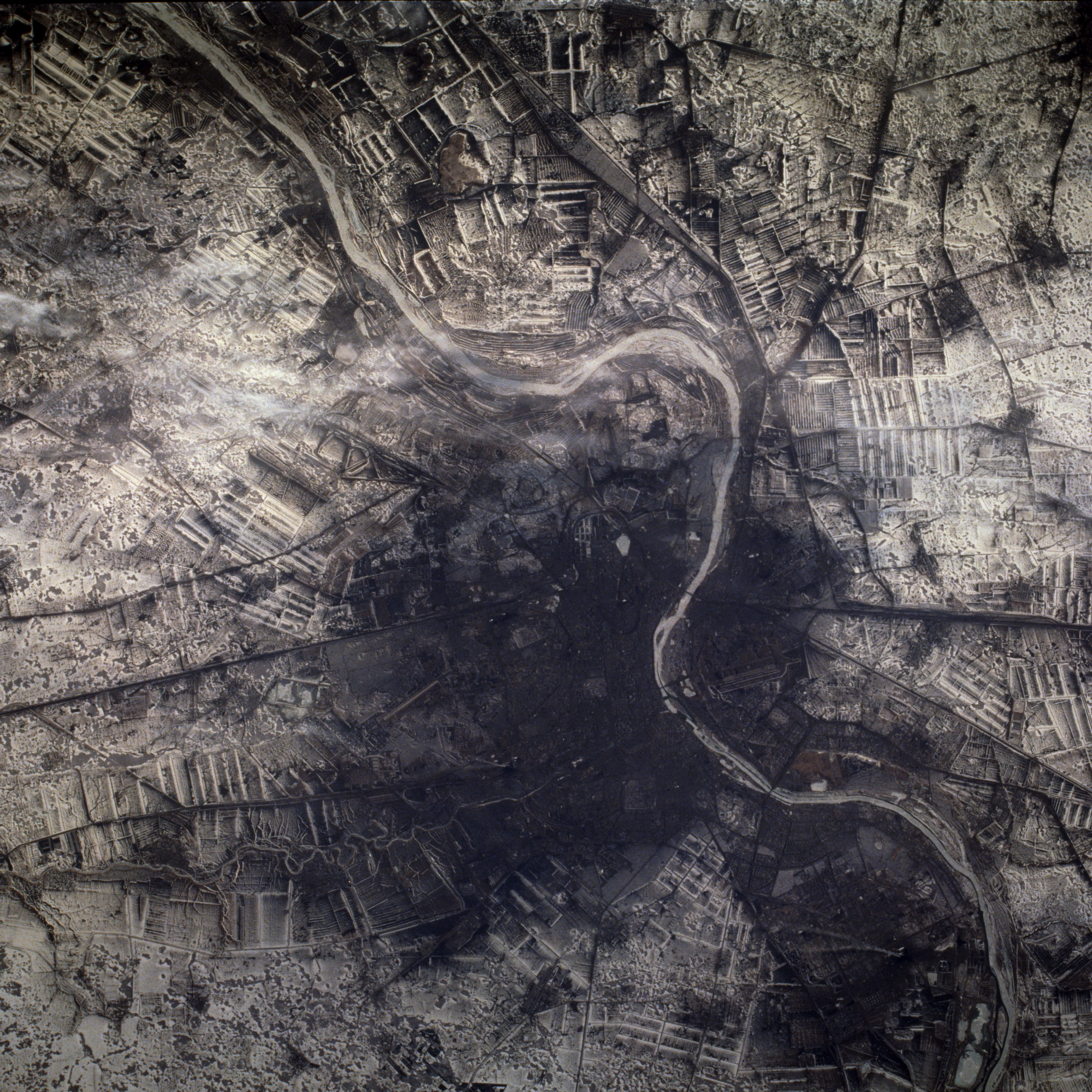 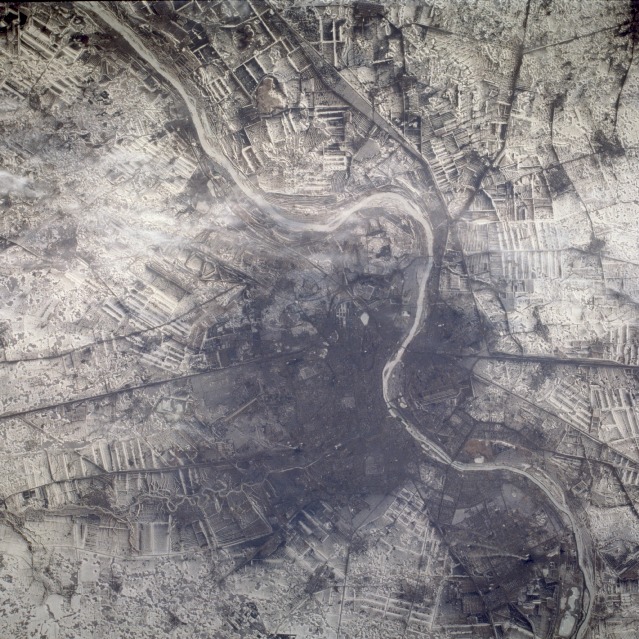 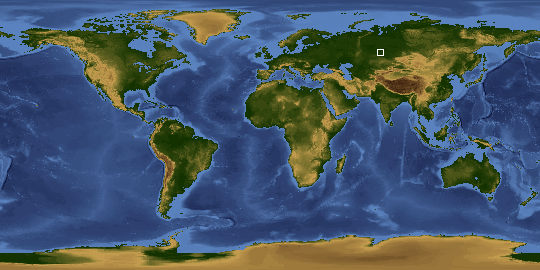 Other options available:
Download Packaged File
Download a Google Earth KML for this Image
View photo footprint information
Image Caption: STS059-210-011 Omsk, Russia April 1994
The Russian city of Omsk, with a population of more than 1 million, is located on the southern boundary of the western Siberian lowlands. This photograph, taken with snow covering most of the landscape, shows large cultivated field patterns of spring wheat surrounding the city. Omsk is a major river port on the Irtysh River, which flows south to north. Located in the city are oil refineries, grain mills, textile plants, and manufacturing centers for agricultural machinery and railroad equipment. Omsk is a major ground transportation hub for the region. The Trans-Siberian railroad that extends from Moscow to Vladivostok is visible running east-west through the downtown area, and other railroads and highways are seen radiating outward from downtown Omsk. The dark area of the central city is probably caused by either the "heat island" effect of the city or by burning fossil fuels in homes and factories, resulting in air pollution.