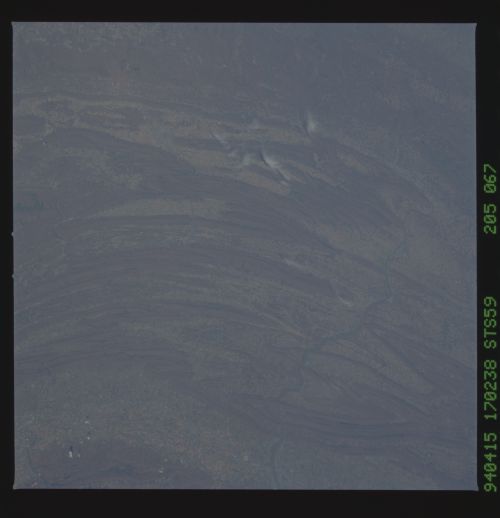 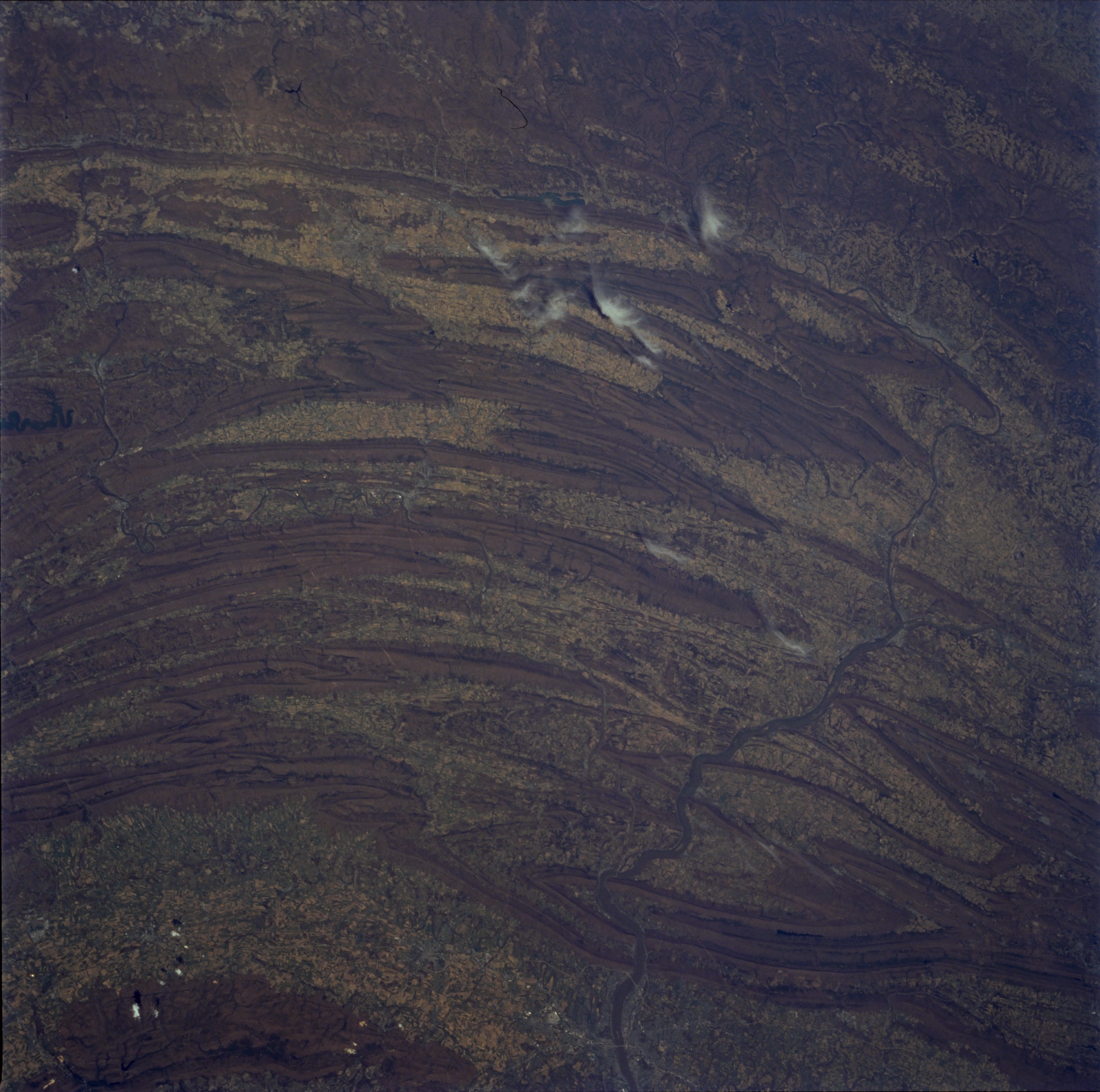 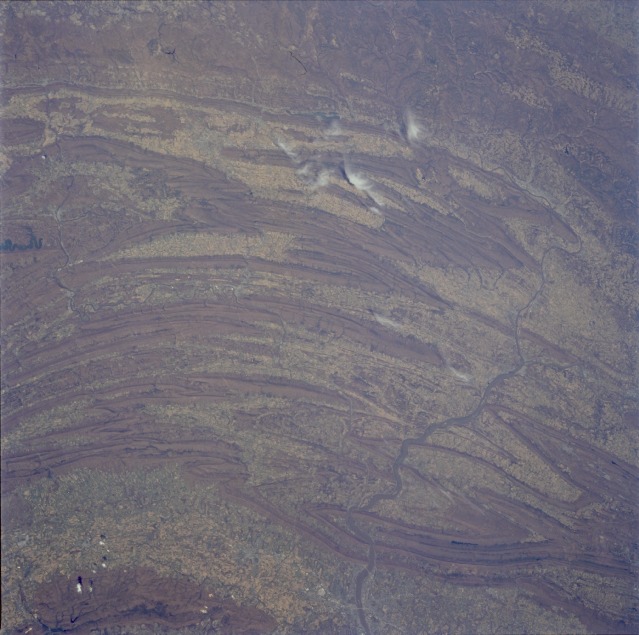 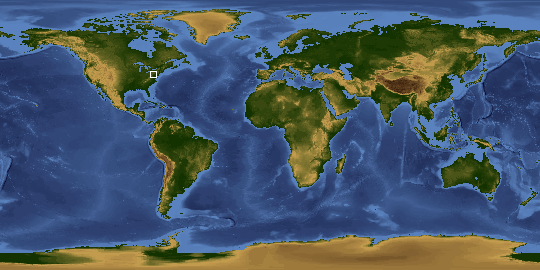 Other options available:
Download Packaged File
Download a Google Earth KML for this Image
View photo footprint information
Image Caption: STS059-205-067 Appalachian Mountains, South Central Pennsylvania, U.S.A. April 1994
The obvious features in this photograph are the folded ranges of the Appalachian Mountains in south-central Pennsylvania. This ridge and valley structure is part of the northeast-southwest trend of eroded remnants of a great mountain mass that was formed by folding (compression forces) and consists primarily of sedimentary rocks. Several water gaps are visible where the Susquehanna River continues to cut through the ridges, especially north of Harrisburg, the state capital (southeastern edge of the photograph). The smaller Juniata River, a major tributary of the Susquehanna River, can be seen in some of the valleys. The Appalachian Mountains in this region generally do not exceed 2000 feet (600 meters) above sea level. Mountain vegetation is a mixture of deciduous and evergreen forests. The Cumberland Valley (southern edge of the photograph), with an average width of 12 miles (19 kilometers), is part of a valley that extends southwestward to the Shenandoah Valley of Virginia. Most of the valleys in this region have very fertile soils; therefore, agricultural activities are abundant. Many croplands are devoted to corn, oats, wheat, and hay, which are used as feed for cattle. (Refer to STS-059-217-073 photograph for a detailed view of the Harrisburg metropolitan area.)