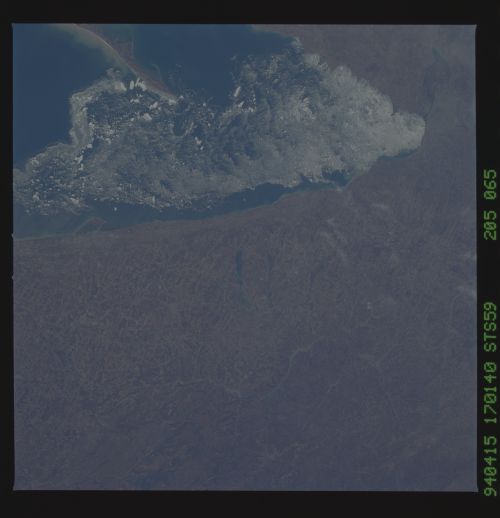 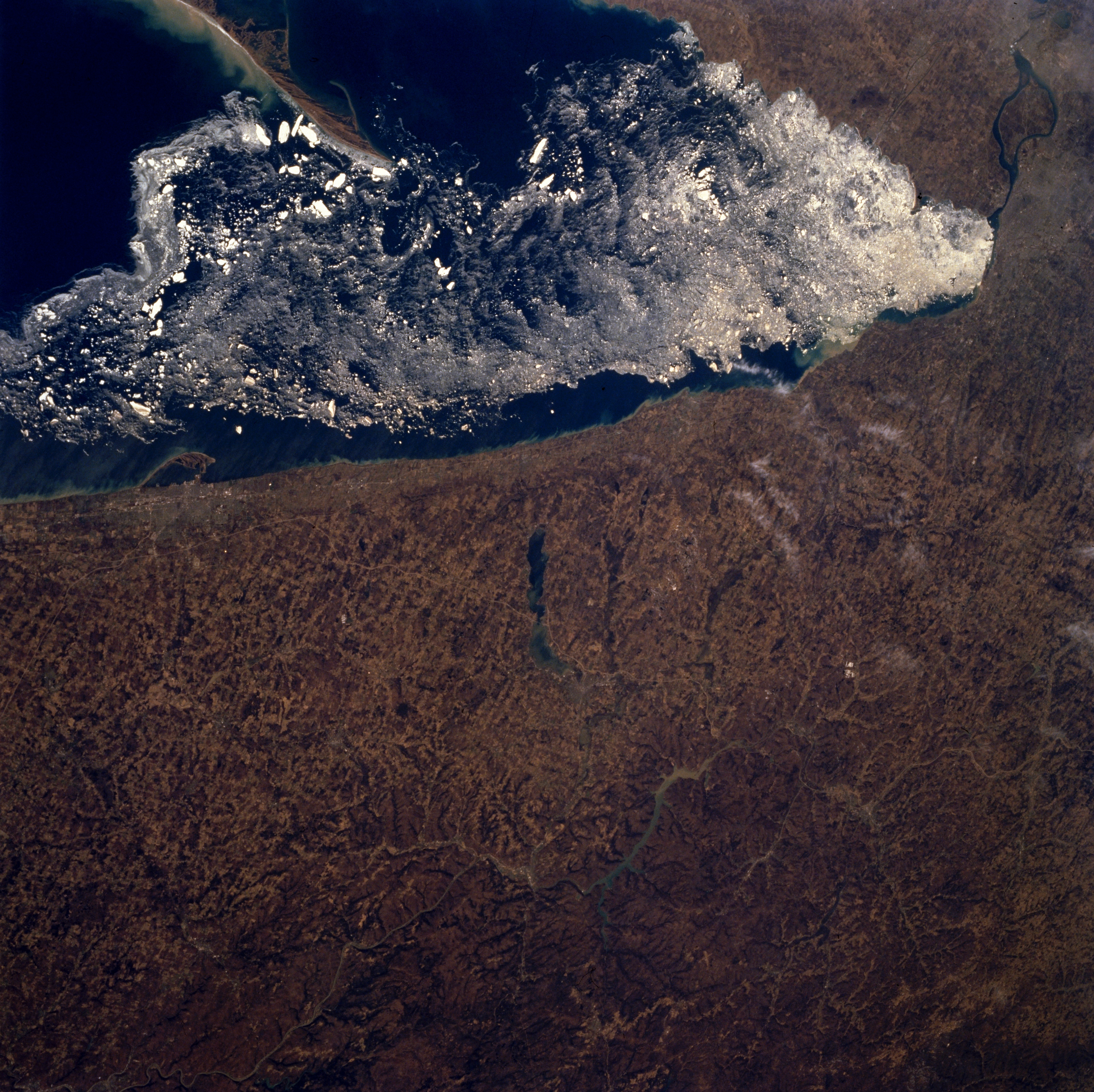 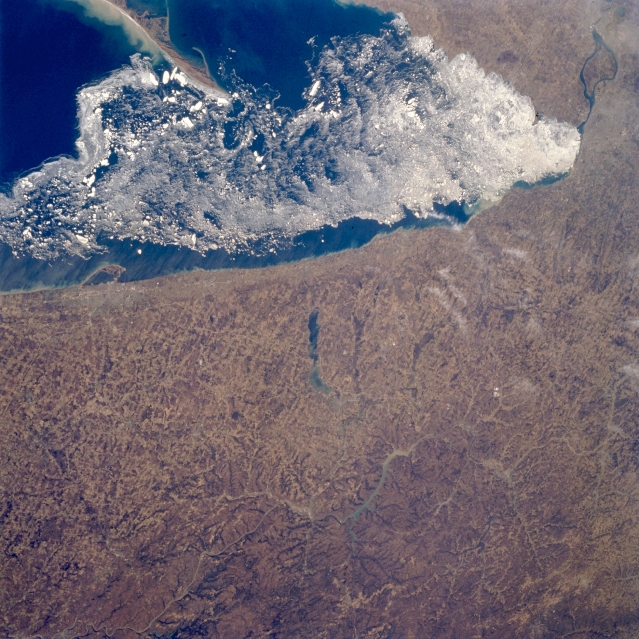 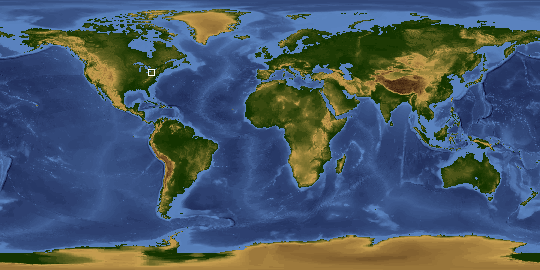 Other options available:
Download Packaged File
Download a Google Earth KML for this Image
View photo footprint information
Image Caption: STS059-205-065 Lake Erie Ice Flow, Ohio April 1993
Ice flows are visible along the eastern shore of Lake Erie in this north-looking view. Lake Erie is 241 miles (388 km) long and from 30 to 57 miles (48 to 92 km) wide. Lake Erie is the forth largest and shallowest of the five Great lakes with a maximum depth of 210 feet (64 meters), and is the only Great Lake with its lake floor above sea level. Lake Erie is partially ice bound in winter and is normally closed to ship traffic from mid-December to the end of March. As the ice begins to break up in March, predominantly westerly winds push the ice eastward toward Buffalo, New York (top right of image). The city of Erie, Pennsylvania can be seen near the left center of the image on the southern shore of Lake Erie. Presque Isle, a peninsula, is discernible protruding out into Lake Erie. This peninsula helps form Erie's superb harbor, Pennsylvania's only Great Lakes port. Portions of the dissected Allegheny Plateau can be seen covering the lower right quadrant of the image. Near the center of the image, the bluish-colored waters of Chautauqua Lake are discernible. To the south of Chautauqua Lake are sediment-laden waters of the Allegheny Reservoir.