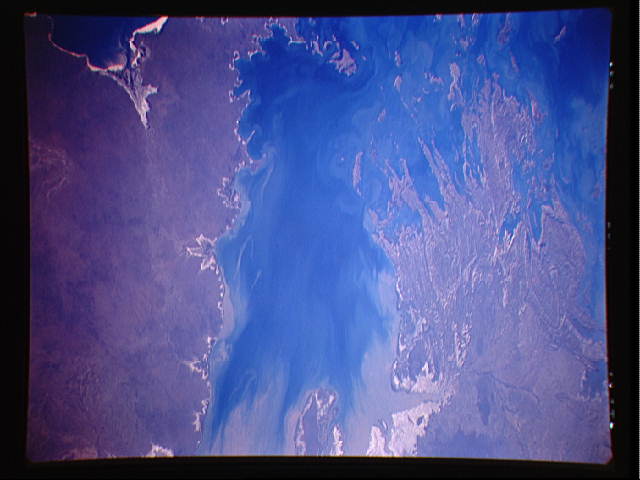 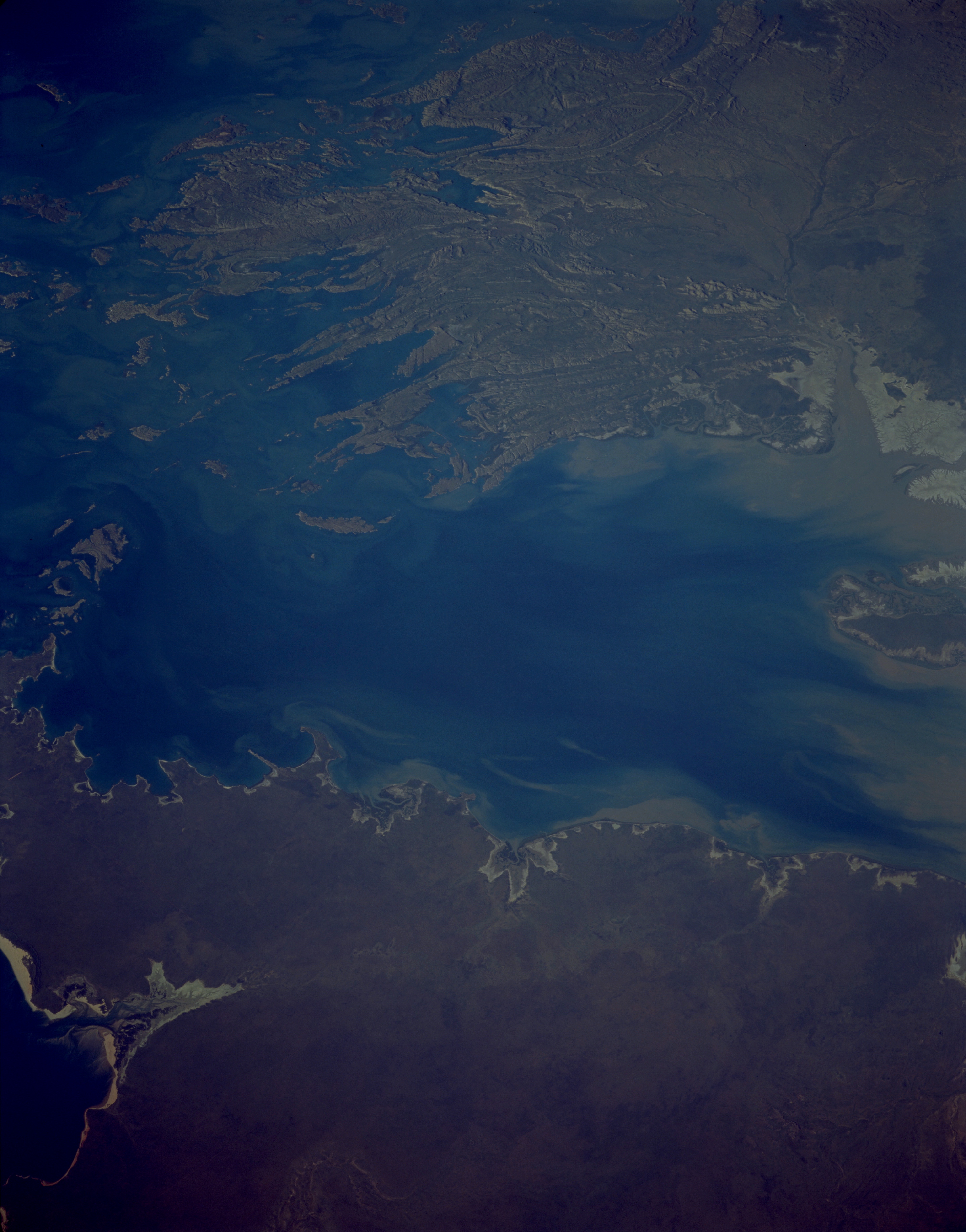 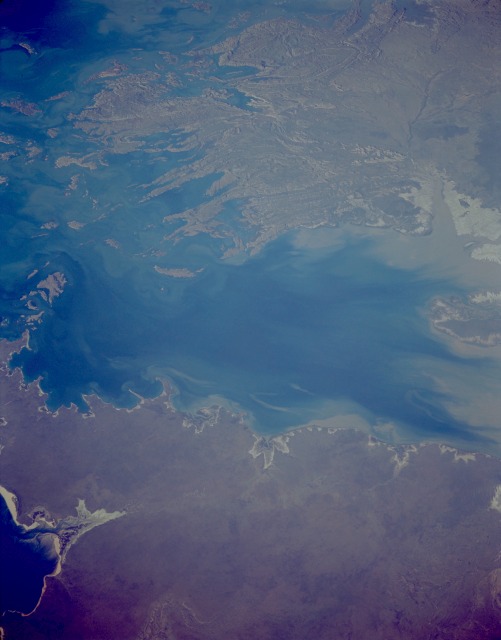 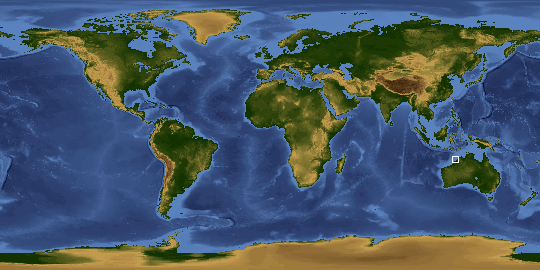 Other options available:
Download Packaged File
Download a Google Earth KML for this Image
View photo footprint information
Image Caption: STS059-157-092 King Sound, Western Australia April 1994
The blue, sediment-filled waters of King Sound on the northwest Australian coast are the centerpiece of this low-oblique, east-looking photograph. An inlet of the Timor Sea, King Sound is fed by many streams and rivers, the major one being the Fitzroy (not visible in the photograph), which brings sediment from the Kimberley Plateau nearly 100 miles (62 kilometers) inland. Northwest of King Sound, a portion of Pender Bay is visible. East of King Sound are the rugged, folded, and faulted highlands of the Wyndham Range and its many finger-like points extending into the sea. The ancient rocks of the Wyndham Range and the Kimberley Plateau are believed to be the edge of a great shield that once linked other continents such as India, Africa, South America, and Antarctica in a giant landmass. Because of the rising ocean levels during the last 12 000 years in this area, the former coastline around the sound has submerged. The King Sound region has the world's most dangerous calm-weather coast, with tides that can rise to nearly 40 feet (12 meters). Racing in and out of inlets surrounded by cliffs (east-northeast of the sound), the tides can set up eddying currents that boil around craggy islands and over coral reefs.