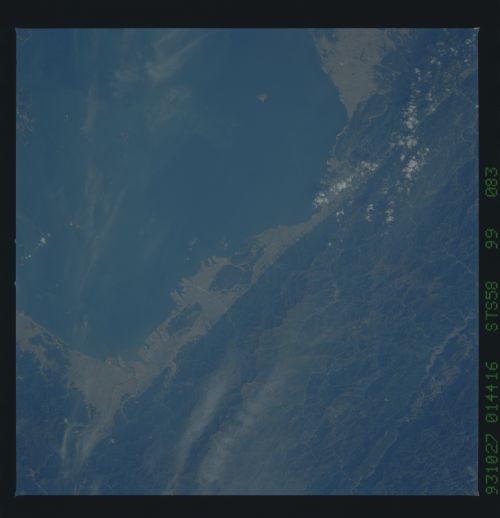 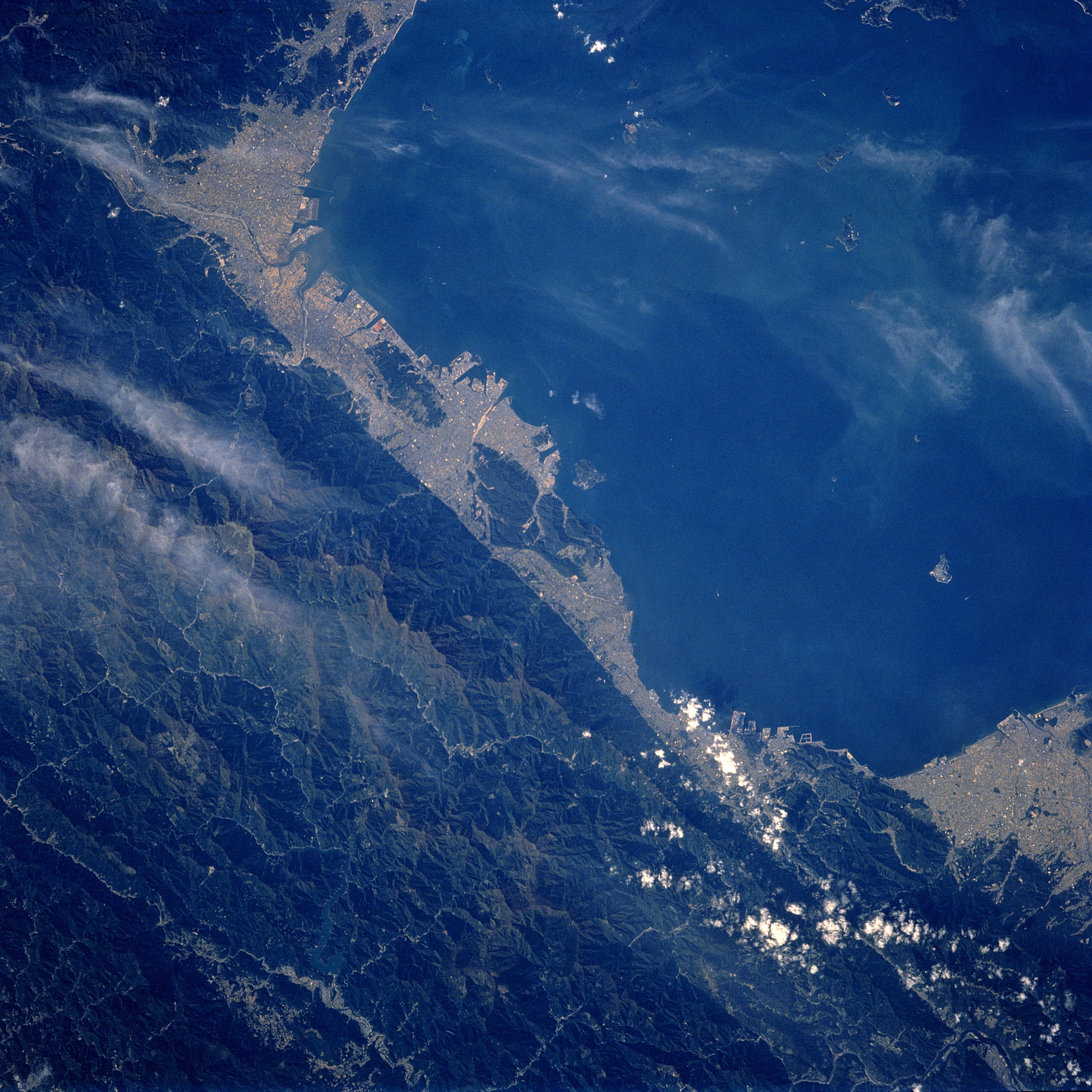 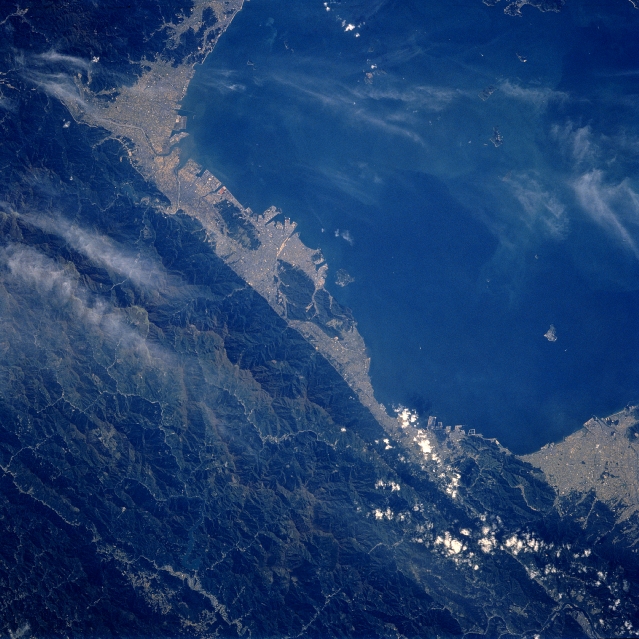 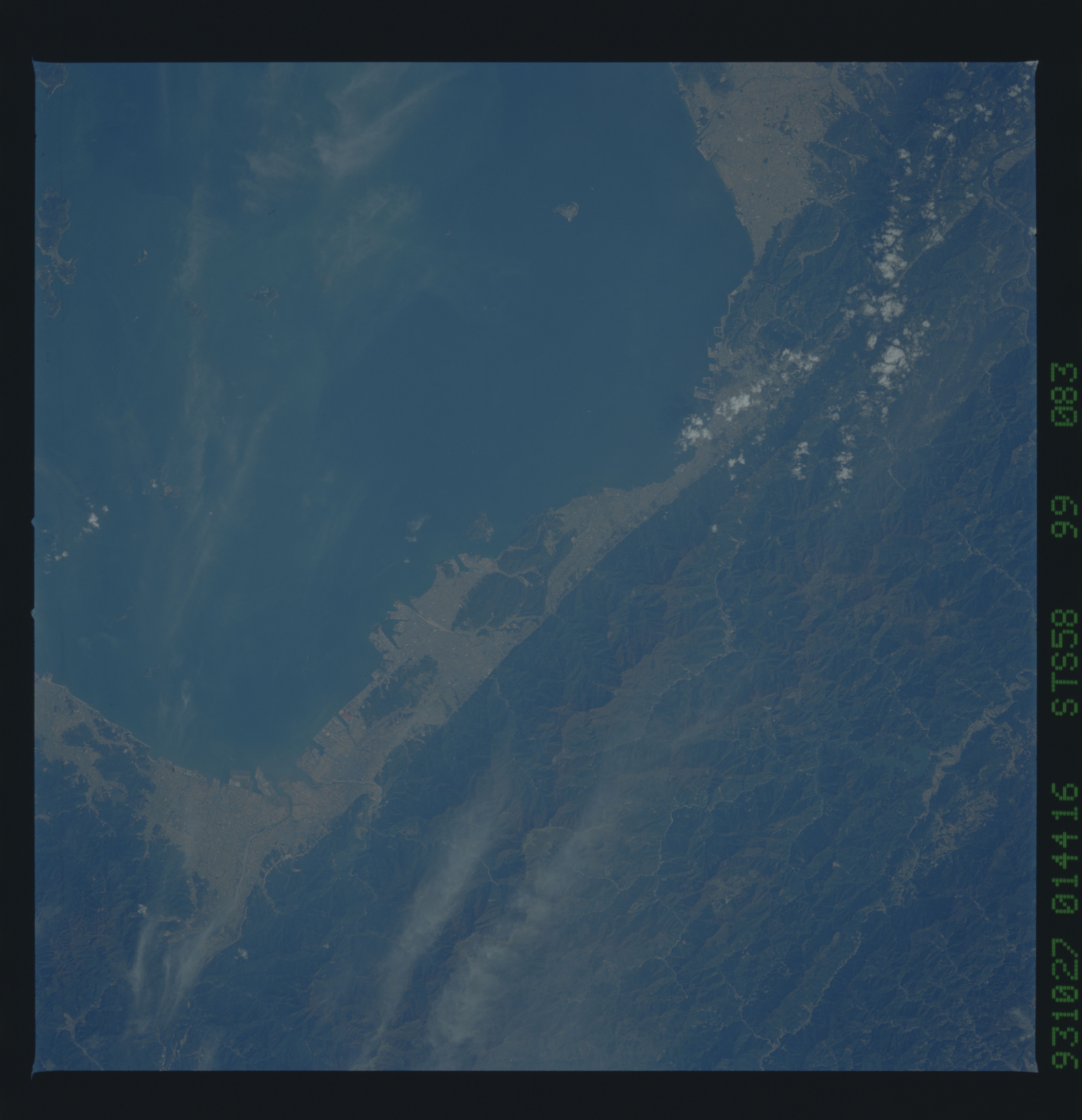 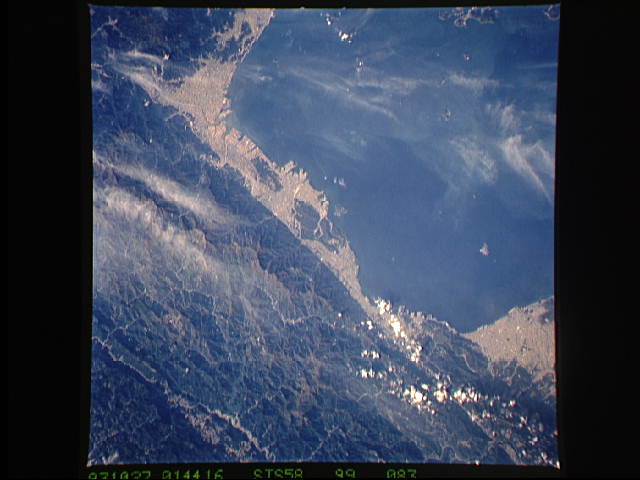 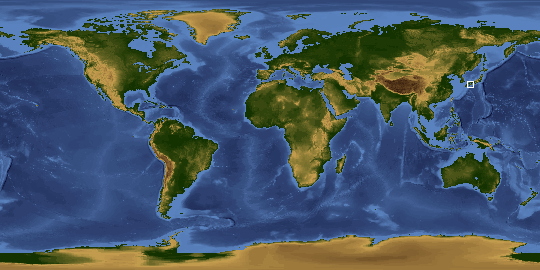 Other options available:
Download Packaged File
Download a Google Earth KML for this Image
View photo footprint information
Image Caption: STS058-099-083 Shikoku Island, Japan October 1993
The most dramatic feature of this northwest-looking view of the Inland Sea is the diagonal line (abrupt color change) that shows the location of the westward extension of the Kii Fault as it continues along the northern coast of Shikoku Island. The dark-looking landscape south of the fault is the heavily forested steep sloped mountains that characterize almost 80 percent of Japan. By contrast, the lighter-colored terrain north of the fault includes a few urban areas as well as intensively cultivated fields where a variety of farm crops are produced on the limited coastal plains along the periphery of the Inland Sea.