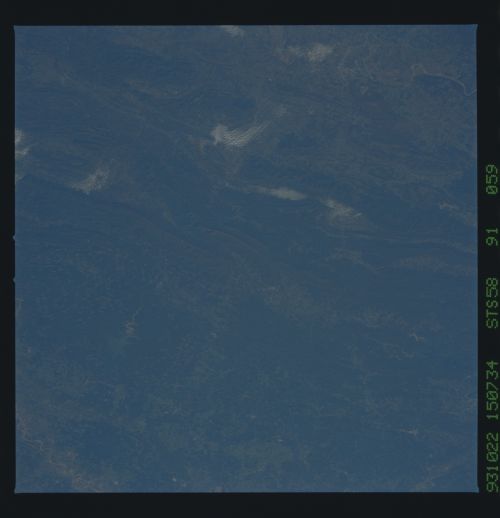 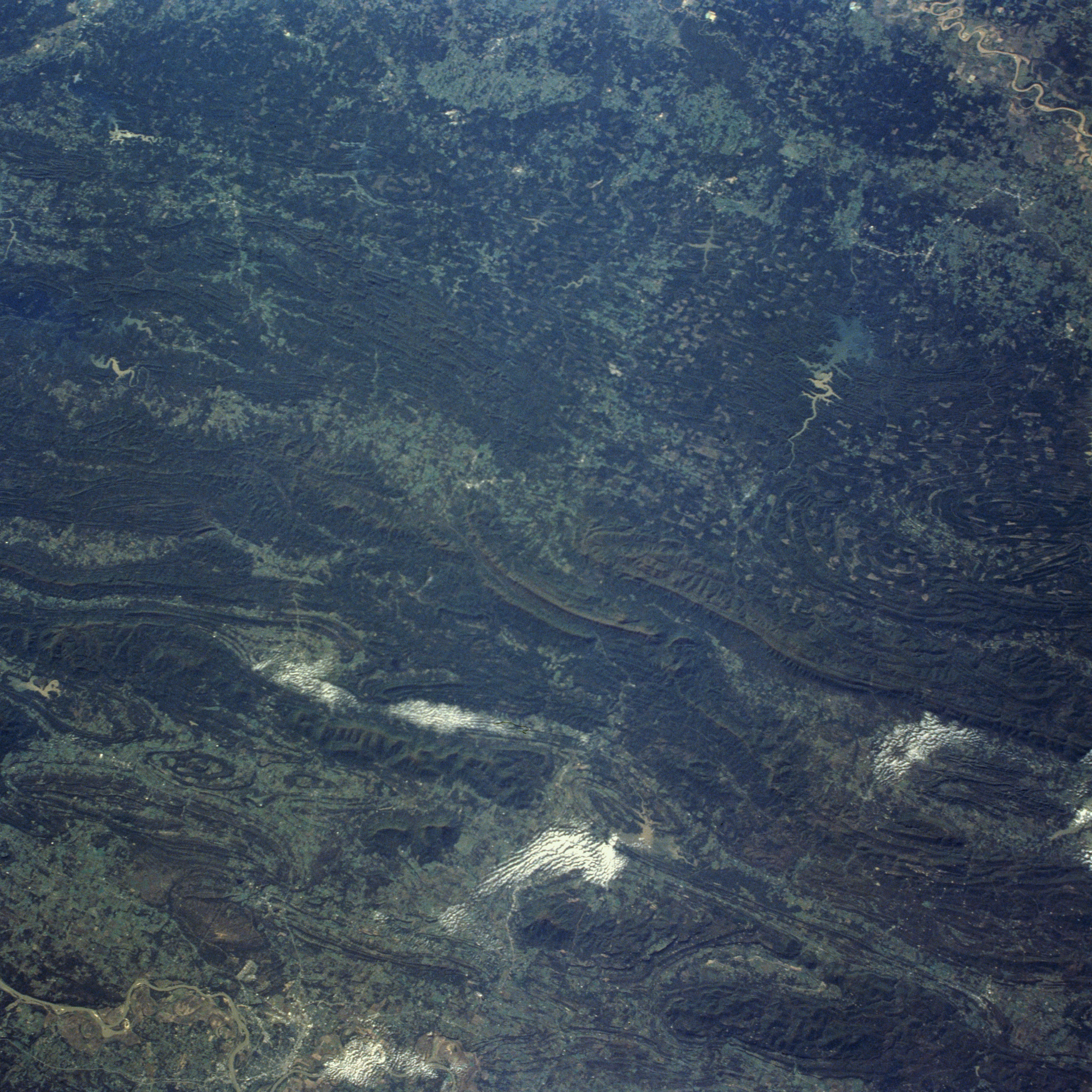 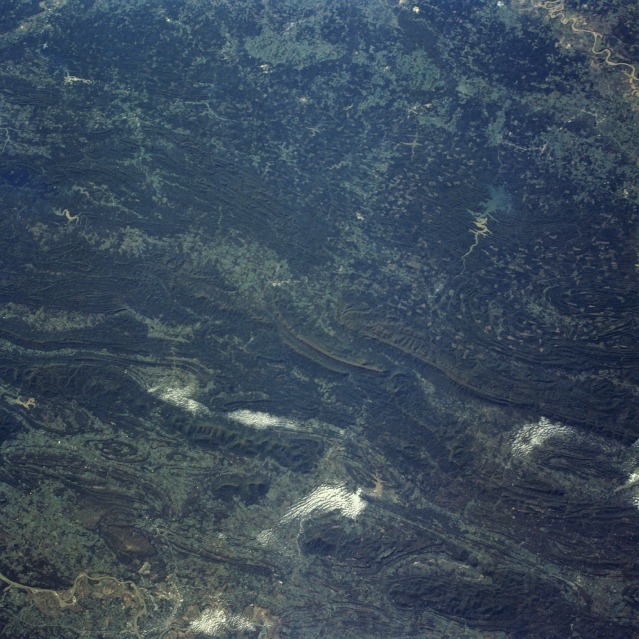 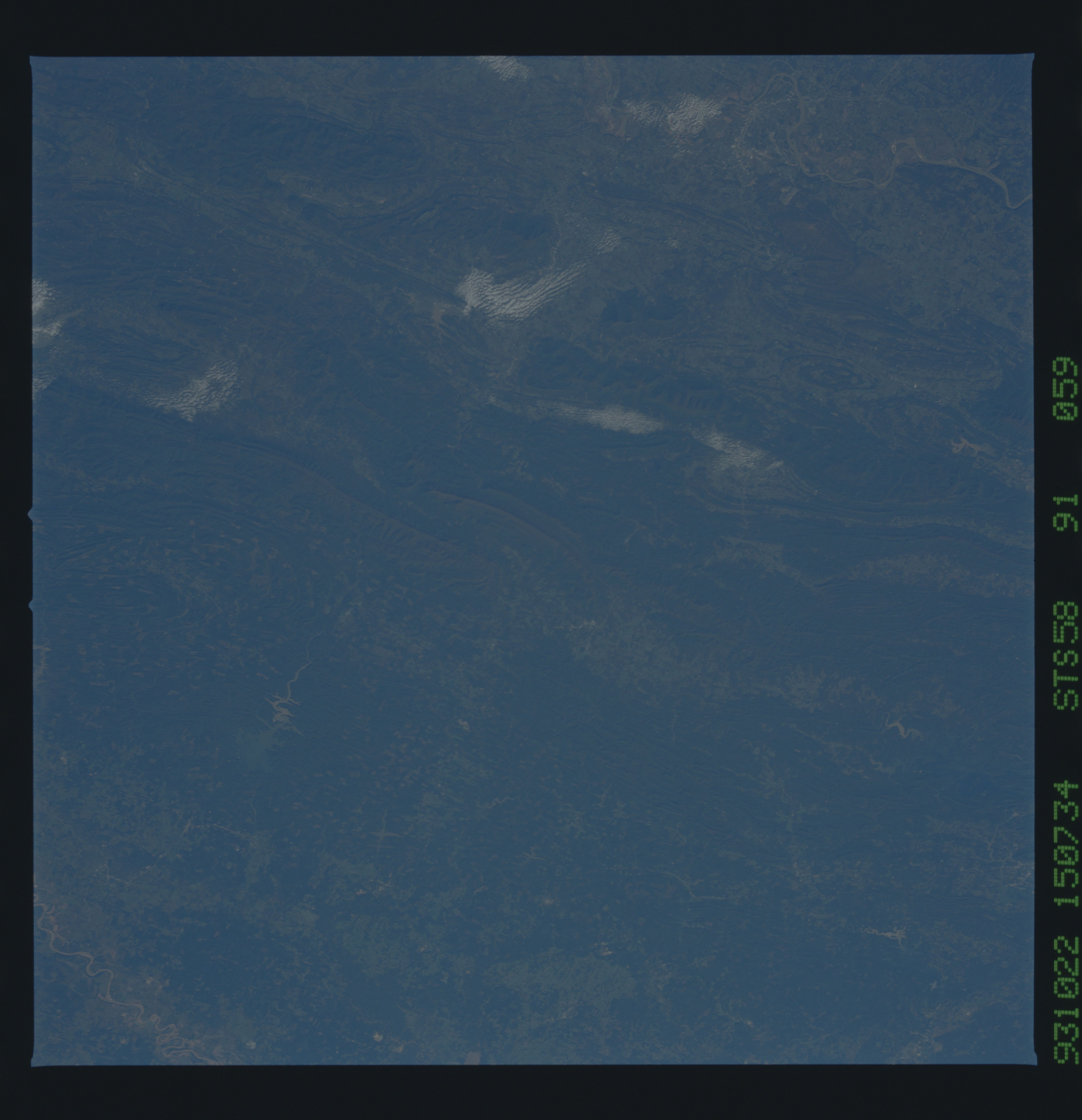 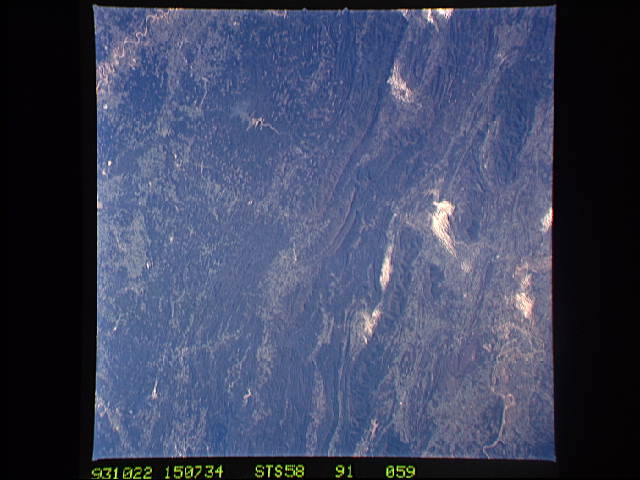 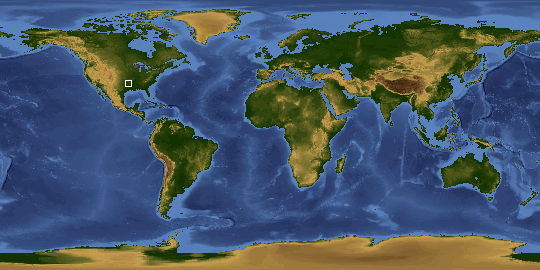 Other options available:
Download Packaged File
Download a Google Earth KML for this Image
View photo footprint information
Download a GeoTIFF for this photo
Image Caption: STS058-091-059 Ouachita Mountains, Oklahoma and Arkansas, U.S.A. October 1993
The prominent features in this near-vertical photograph are the folded Ouachita Mountains of east-central Oklahoma and west-central Arkansas. The east-west trending, folded mountains, with their dramatic syncline and anticline structures, were formed millions of years ago and are similar to the folded Appalachian Mountains of the eastern United States. Elevation of the Ouachita Mountains ranges from 1000 feet (300 meters) to more than 2500 feet (750 meters). Visible are the east-west flowing Arkansas River to the north and a smaller section of the east-west flowing Red River to the south. Several highly reflective sediment plumes, which are probably the result of recent rains in the area, can be seen entering many of the lakes and reservoirs. The checkerboard pattern in the forested areas of the southern part of the photograph results from clear-cutting and other commercial logging operations.