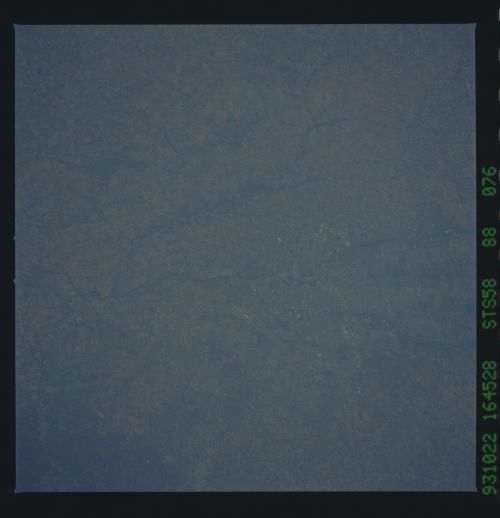 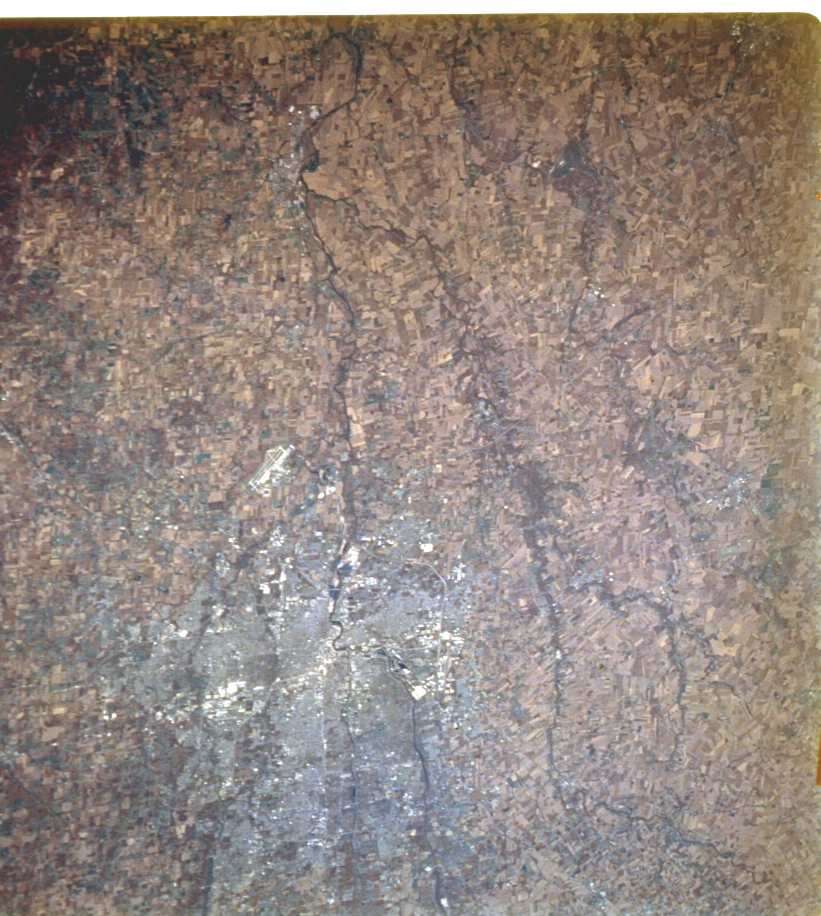 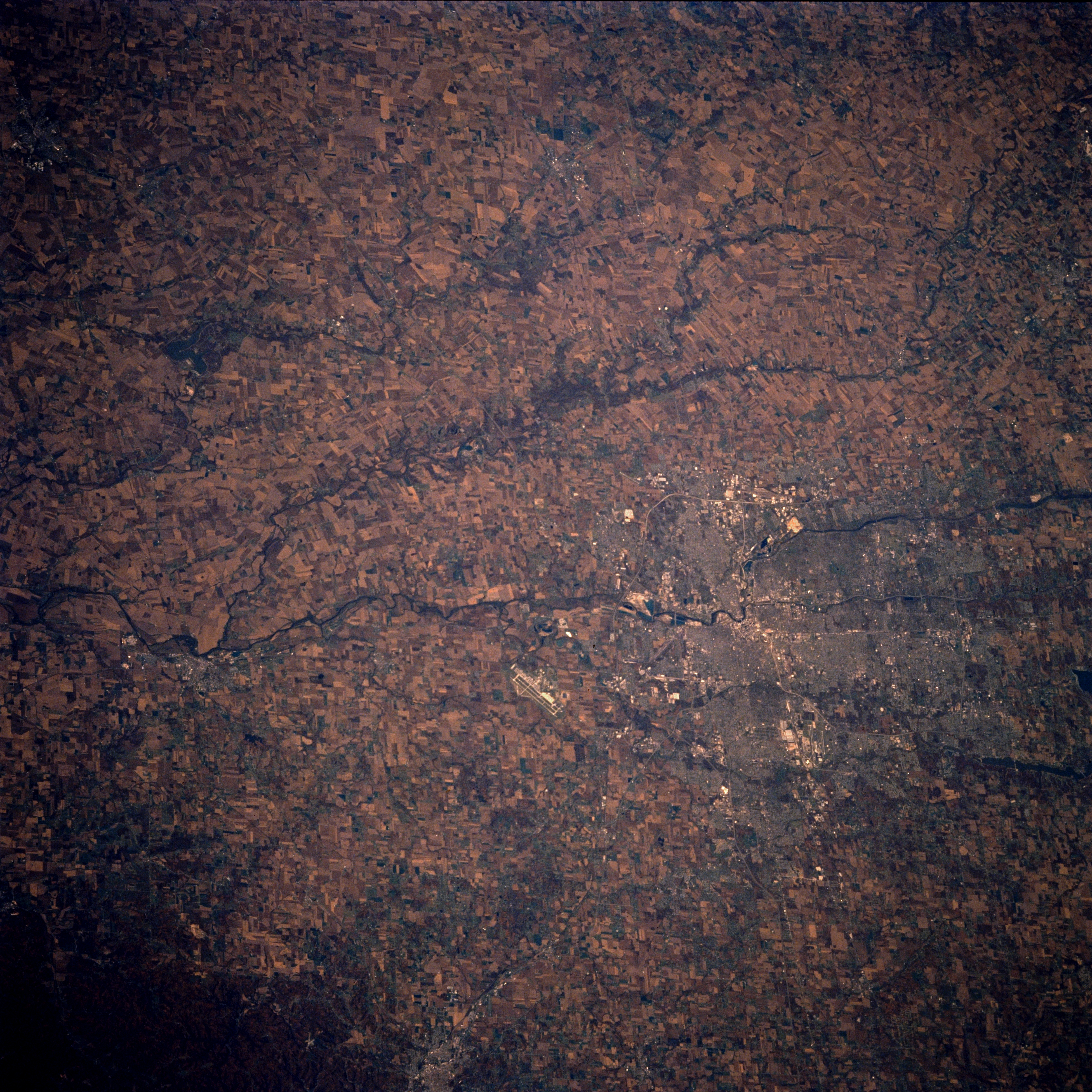 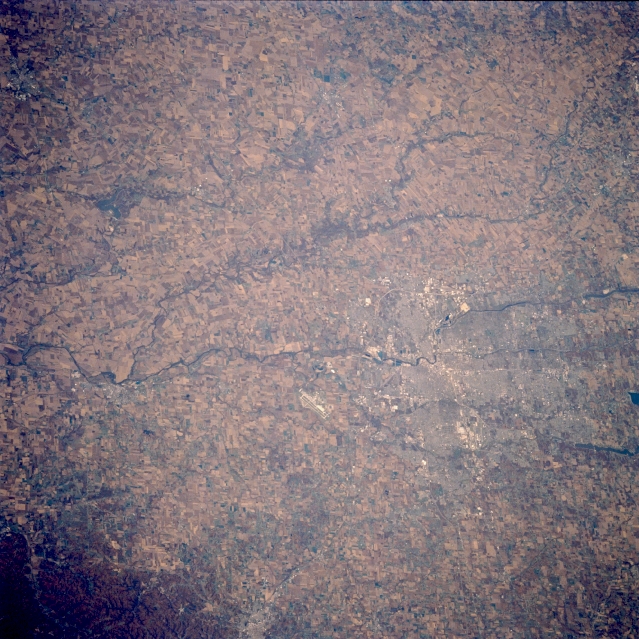 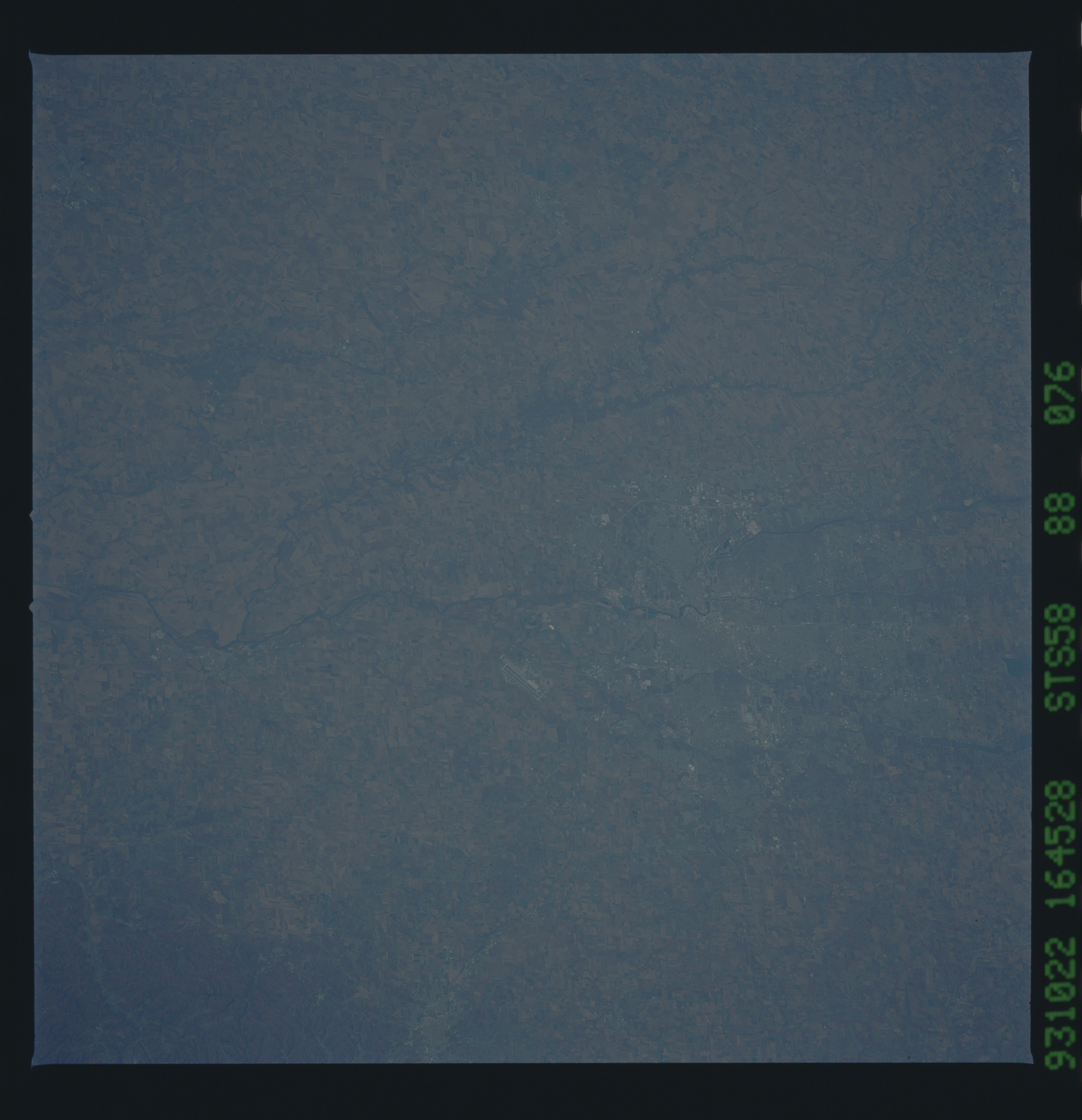 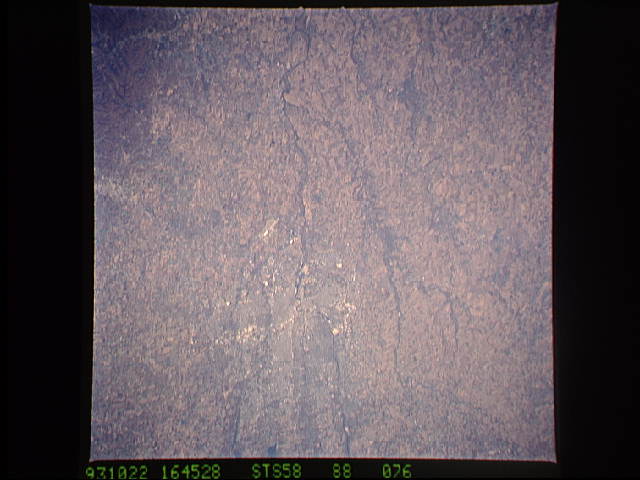 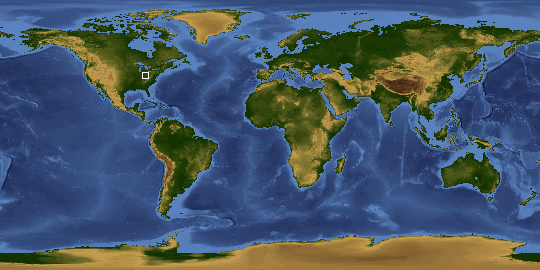 Other options available:
Download Packaged File
Download a Google Earth KML for this Image
View photo footprint information
Image Caption: STS058-088-076 Columbus, Ohio, U.S.A. October 1993
Columbus, the capital of Ohio, is featured in this west-looking, low-oblique photograph. Situated on the Scioto River, Columbus is a major industrial and trade center in the rich farm region of central Ohio; the home of Ohio State University; and the headquarters of the American Rose Society, which has one of the largest rose gardens in the world. The runways of Rickenbacker Air National Guard Base in Lockbourne are visible south of the city, and Circleville is barely discernible farther south (near left center).