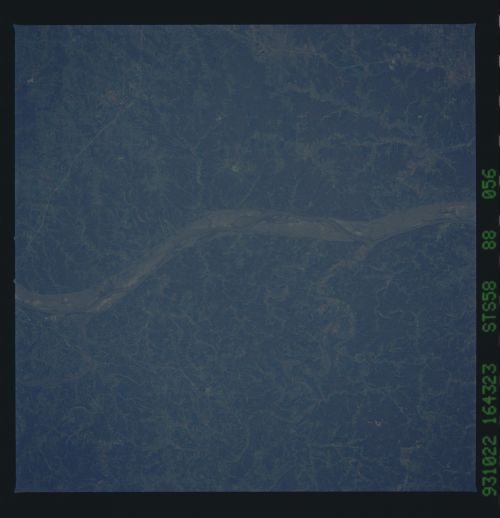 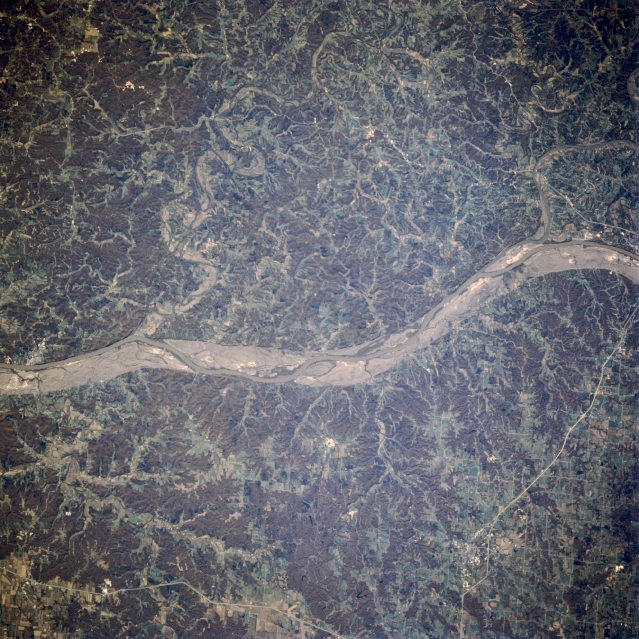 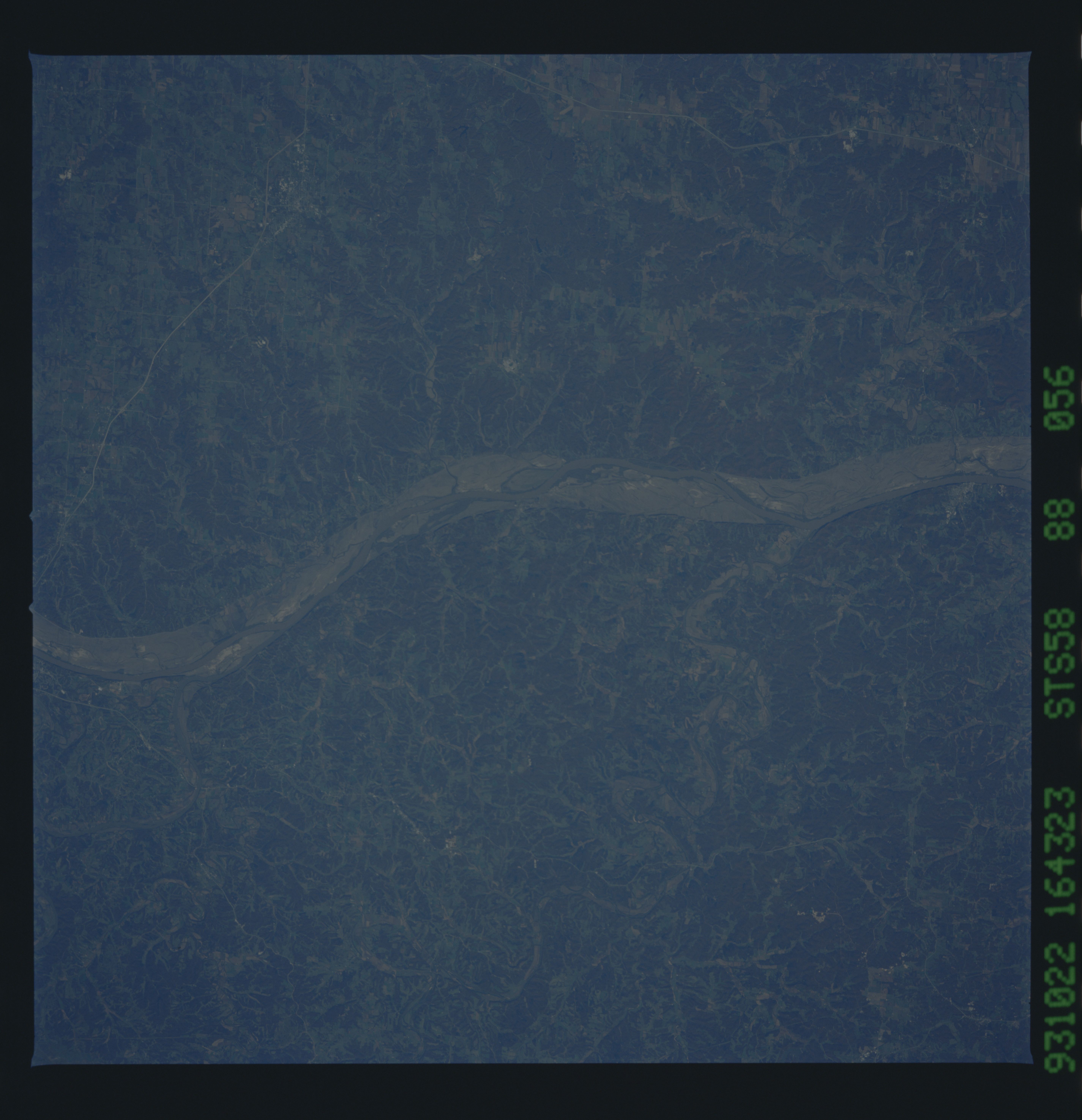 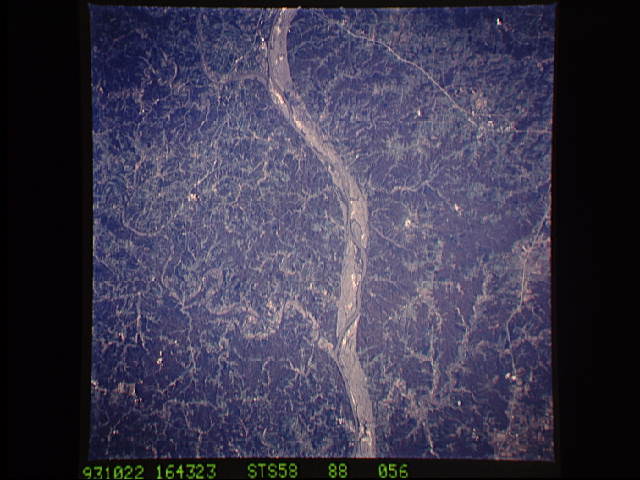 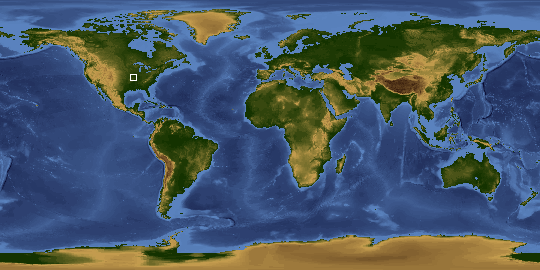 Other options available:
Download Packaged File
Download a Google Earth KML for this Image
View photo footprint information
Image Caption: STS058-088-056 Missouri River, Missouri, U.S.A. October 1993
Visible in this near-vertical photograph are the Missouri River and its scoured sand and gravel floodplain caused by the floods of the spring and early summer of 1993, the worst in more than 100 years. The floodplain between Jefferson City and Hermann is narrower than farther west as the river cuts through the northeastern portion of the Ozark Plateau. Two confluences are apparent--the Osage and Missouri Rivers just east of Jefferson City (right center of the photograph) and the Gasconade and Missouri Rivers just west of Hermann (near left center). This photograph was taken at the height of the fall foliage, which accounts for the reddish forested areas.