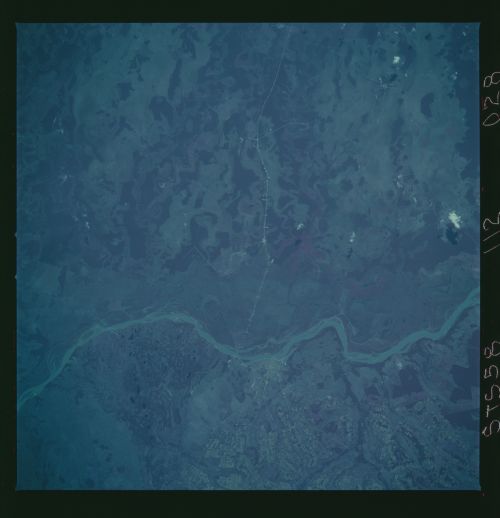 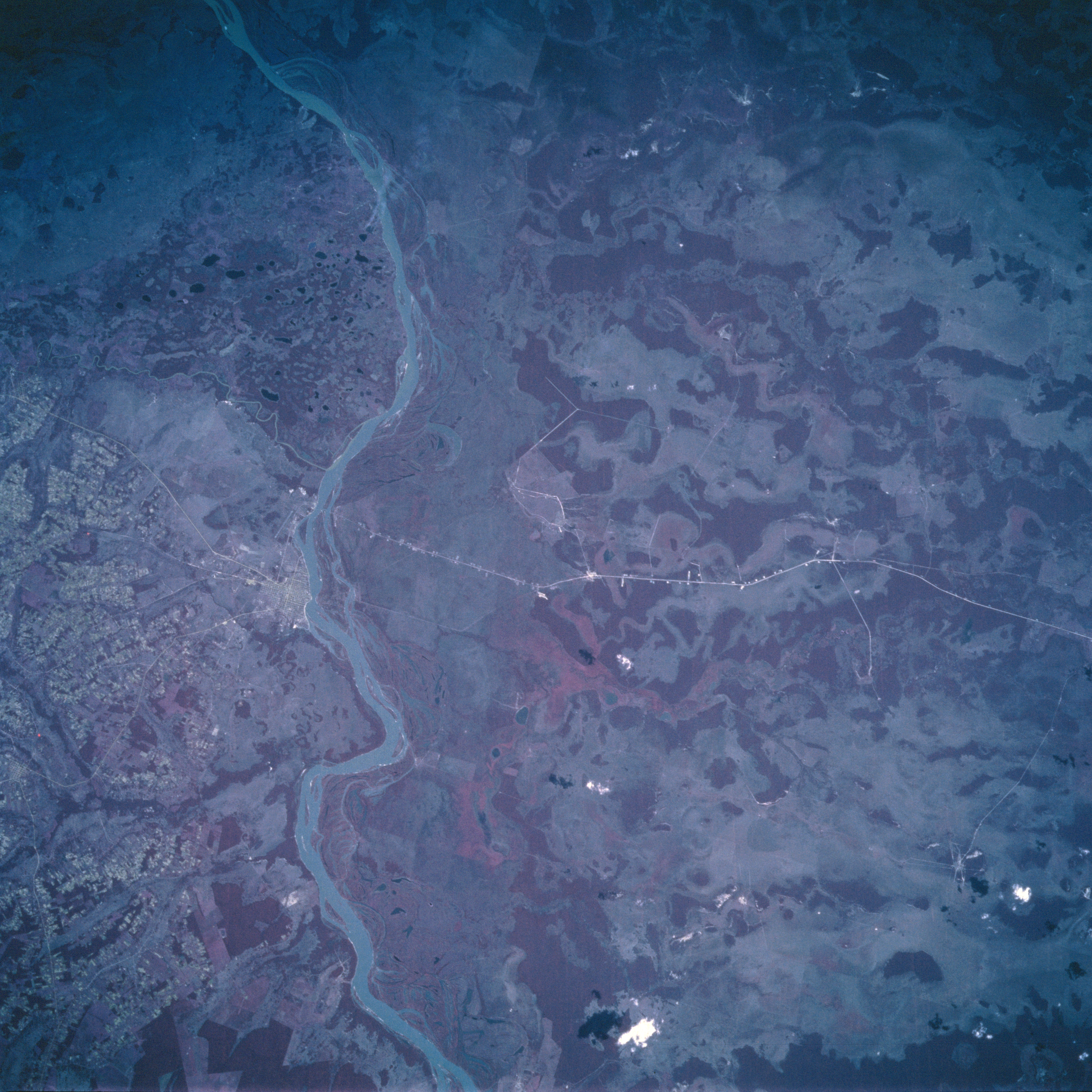 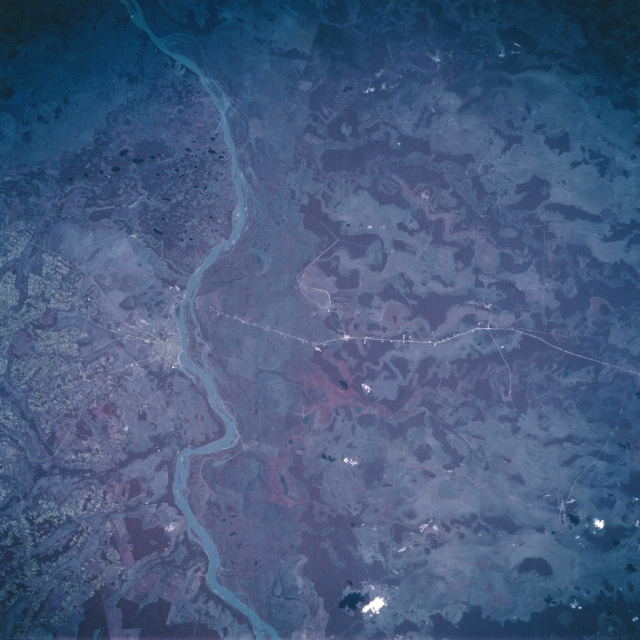 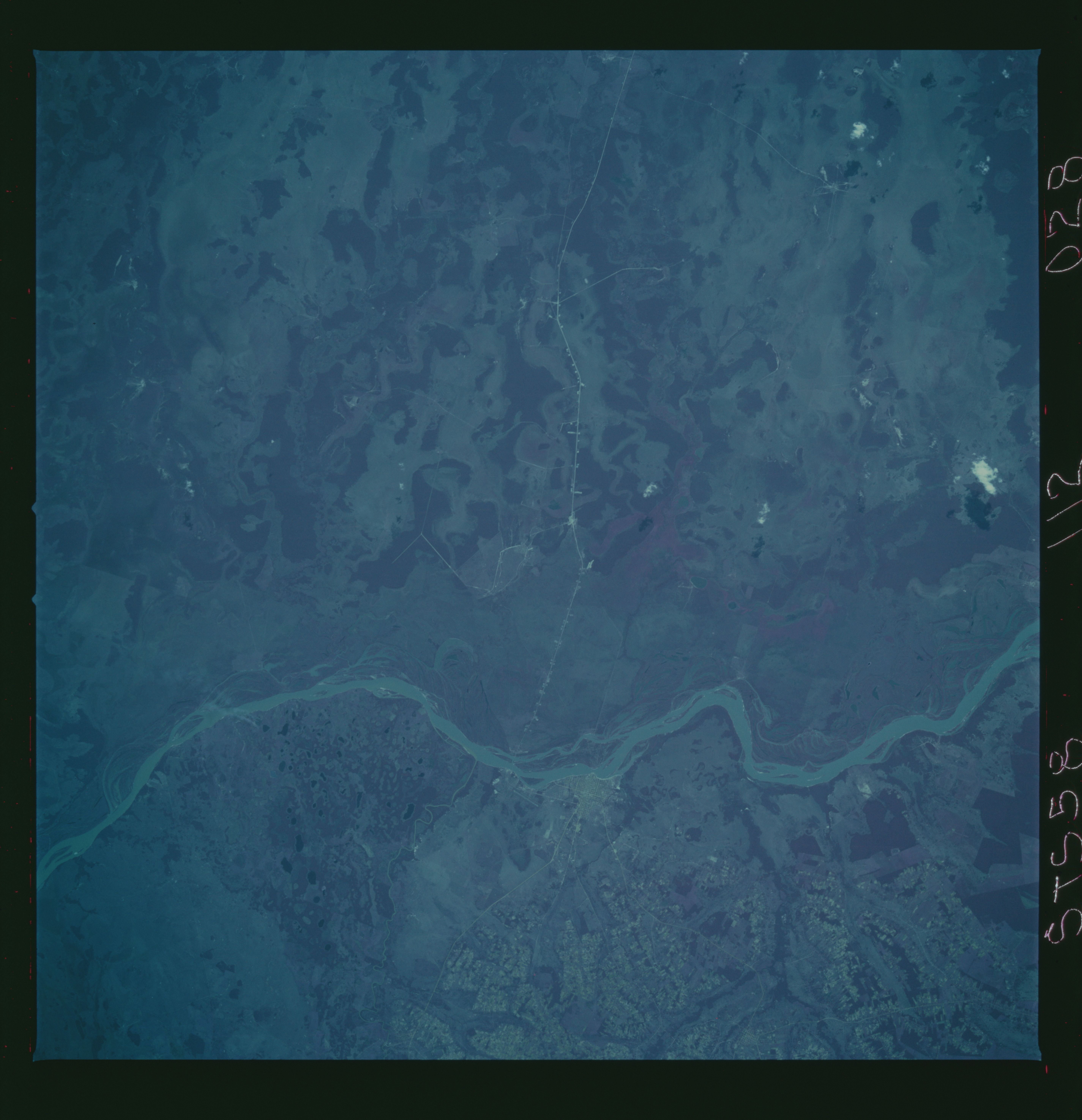 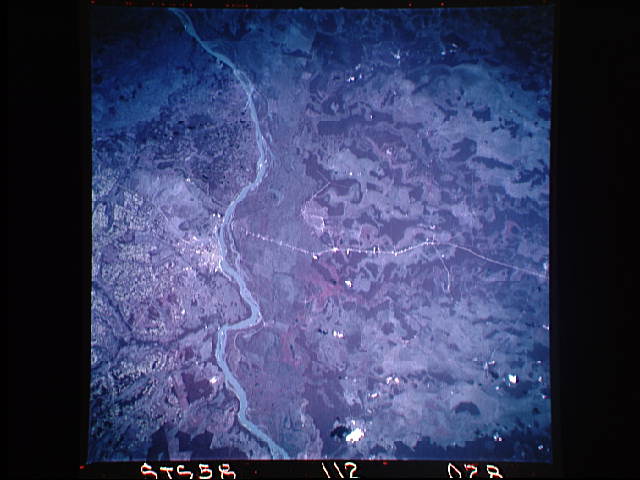 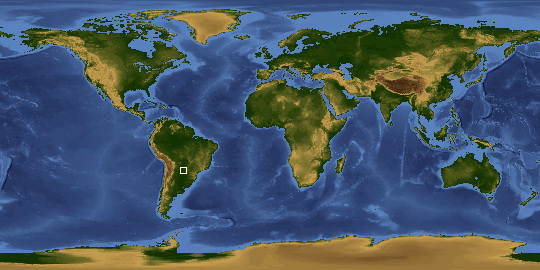 Other options available:
Download Packaged File
Download a Google Earth KML for this Image
View photo footprint information
Image Caption: STS058-112-028 Paraguay River, Conception Area, Paraguay October 1993
The Paraguay River separates the landlocked country of Paraguay into sharply contrasting regions. East of the river (left) the topography consists of low plateaus, rolling hills, grasslands, and forests. West of the Paraguay River the landscape changes to a relatively flat alluvial plain with much of the area covered by permanent swamps. The region is known as the Paraguayan Chaco, which consists of palm forests and extensive marshes. The Paraguay River is subject to annual flooding and frequent shifts of its main channel. Notice in this color infrared image that the broad extent of the Paraguay River floodplain is represented by a pinkish strip (top center to bottom center) along the west bank of the river. The darker, clustered areas show the location of dense stands of vegetation, mainly woodlands. The thin, light-colored, lines (especially the east-west line running through the middle of the picture) are highways. The river city of Conception (light-colored area along the east side of the river) can be identified near the left (middle) margin of the image. The small, blotchy-looking terrain west of Conception is the result of intensive agricultural operations on the more elevated land.