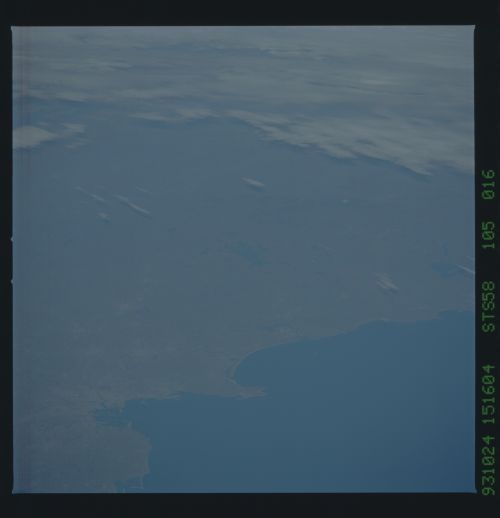 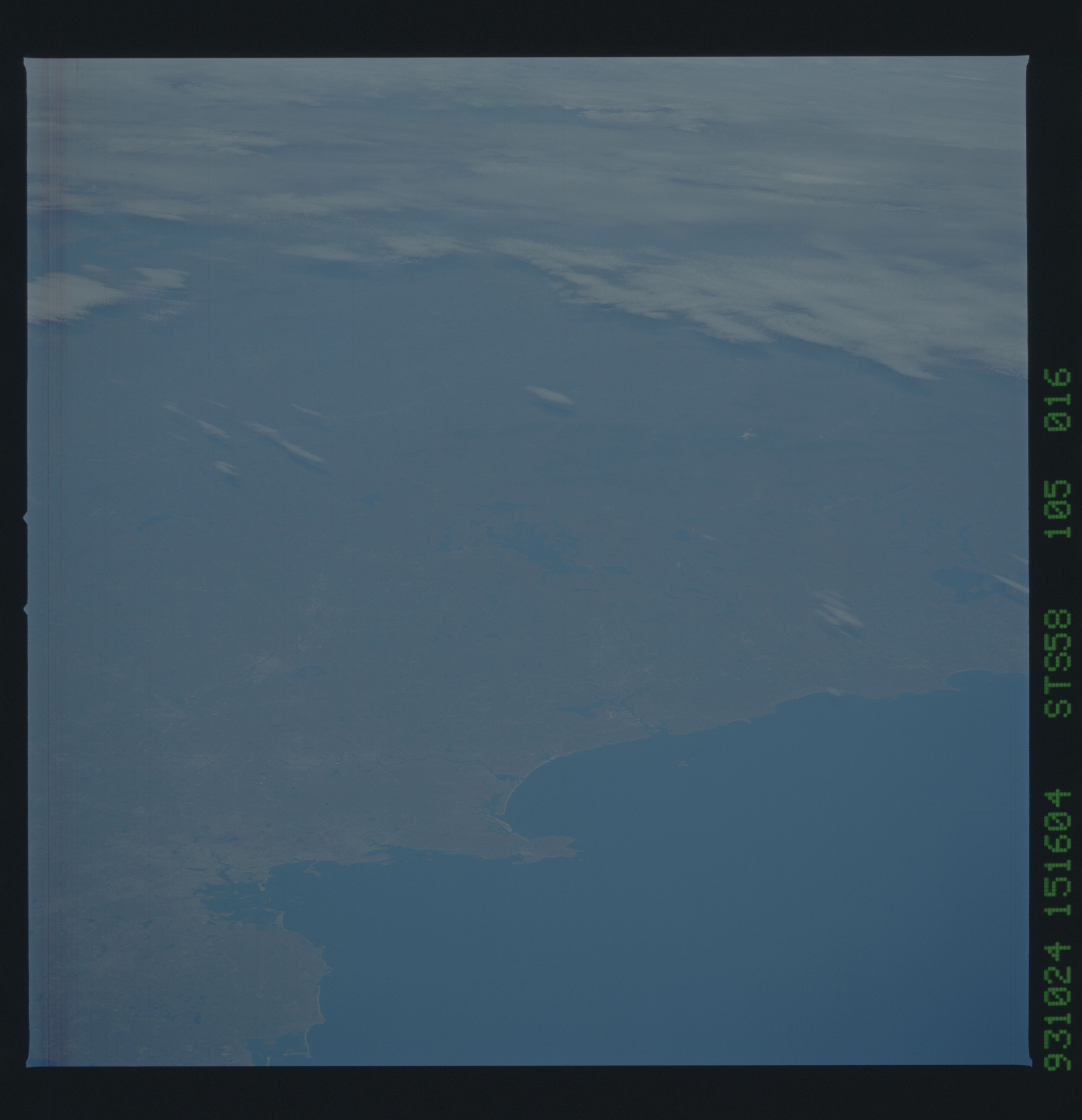 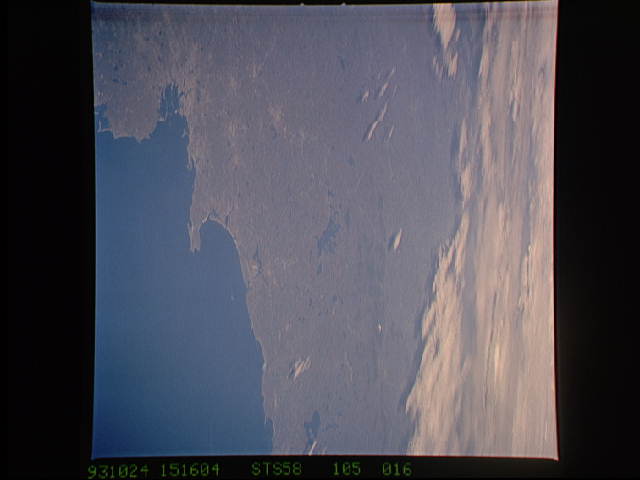 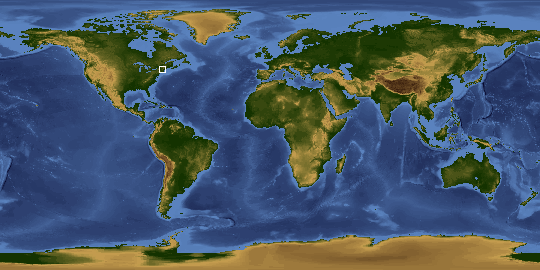 This photograph includes much of the heart of New England, stretching from Boston and Boston Harbor (lower left) across New Hampshire and Vermont to Lake Champlain (upper left), and up to southern Maine (Portland is just off the photo at right center). North of Boston flows the Merrimack River (which forms part of the state boundary between Massachuesetts and New Hampshire). It is delineated by the small industrial towns (Concord, Manchester, Nashua, Lowell) which grew up on its banks. The White Mountains of New Hampshire are seen near the center, and Mt. Washington (6,288 feet) is capped with snow. Fort Sam Houston is contained within the northeast quadrant of the city, Brooks Air Force Base lies at the southeastern corner, and Lackland and Kelly Air Force Bases are within the suburban fringe to the southwest. San Antonio International Airport can be seen at the foot of the escarpment in the northern part of the city.