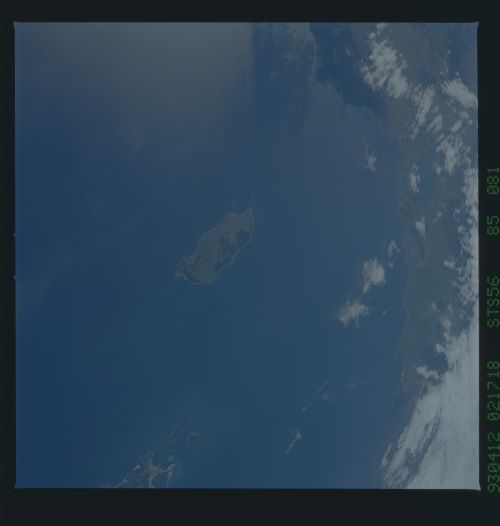 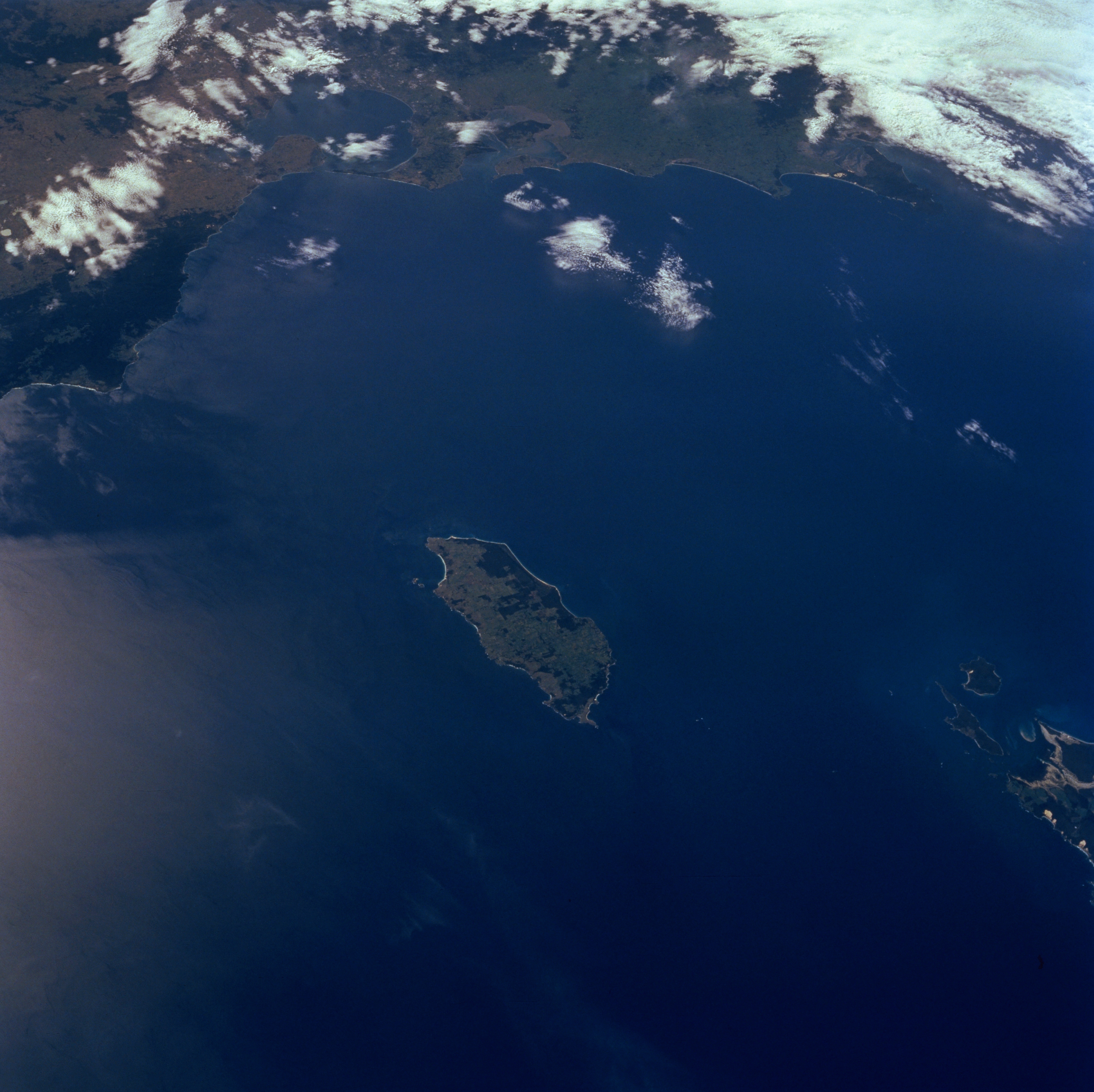 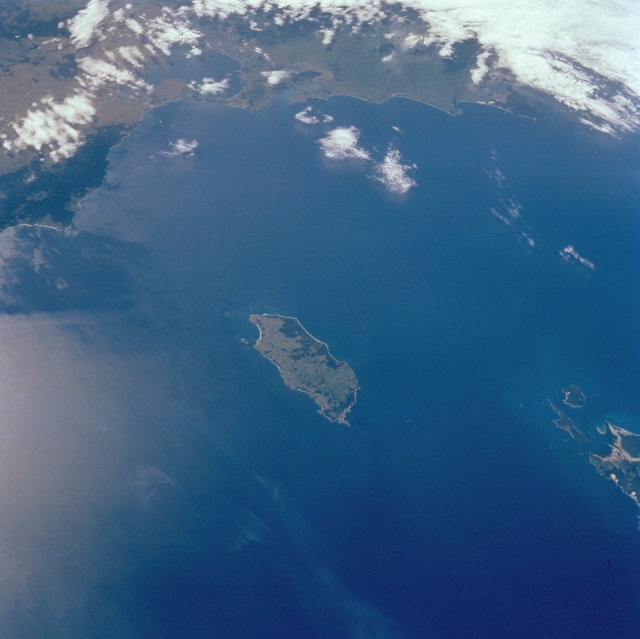 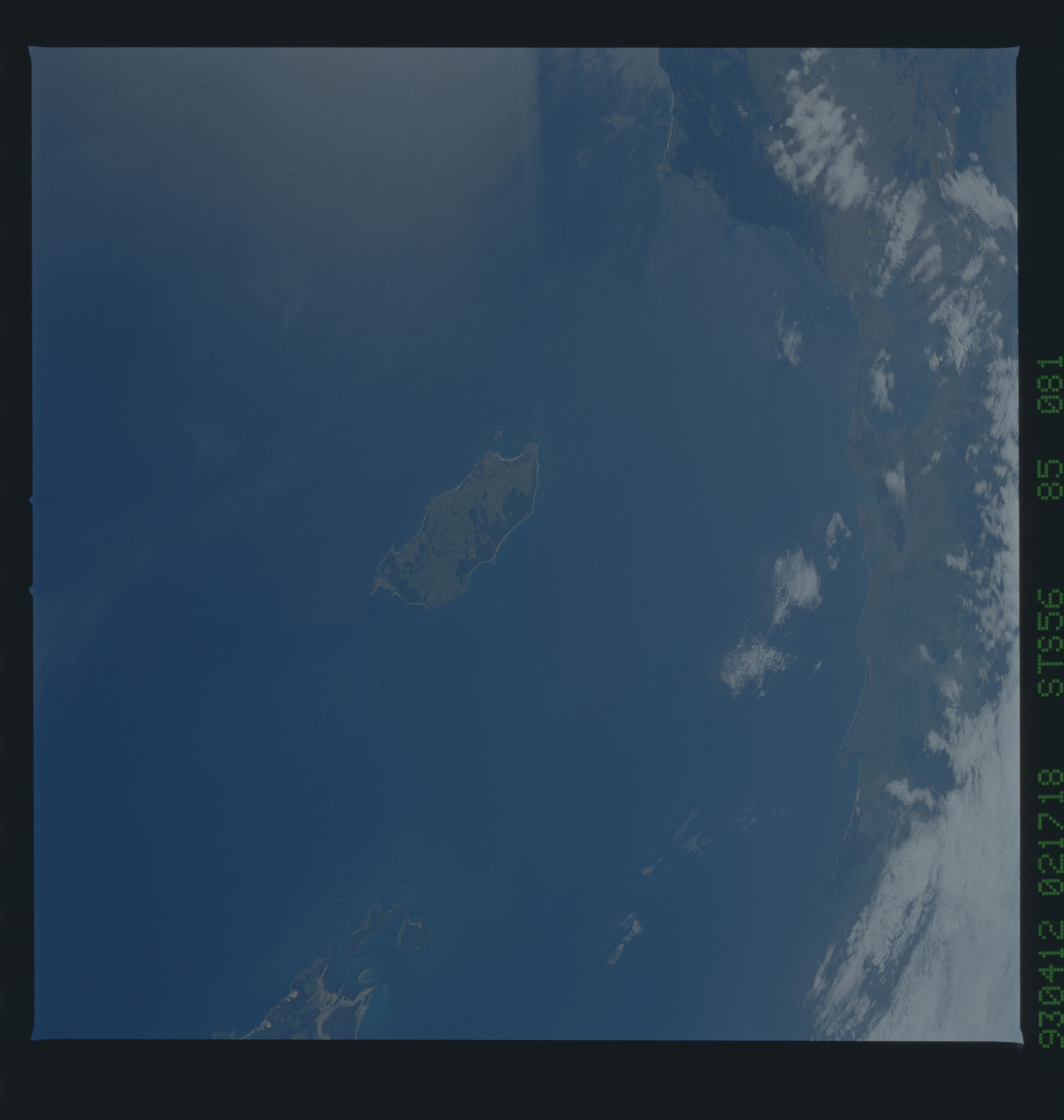 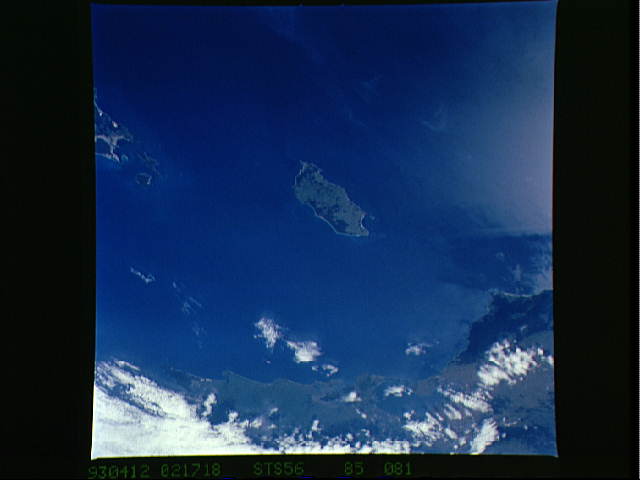 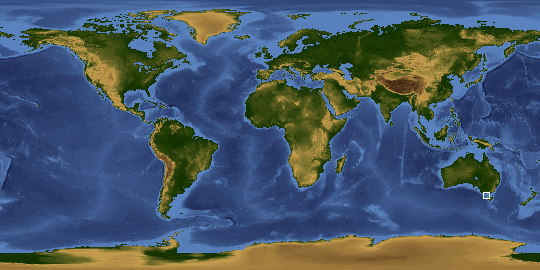 Other options available:
Download Packaged File
Download a Google Earth KML for this Image
View photo footprint information
Image Caption: STS056-085-081 King Island, Tasmania, Australia April 1993
King Island, located halfway between Tasmania and the mainland of Australia in the Bass Strait, is noted for the multitude of ship wrecks that litter its coastline. The island has attractive beaches and a rugged coastline with jagged cliffs. Generally oriented in a north-south direction, King Island is 40 miles (64 kilometers) in length and 16 miles (26 kilometers) in east-west width. The Cape Otway peninsula, part of the Victoria coastline, is visible near the top left edge of the image and the northwest tip of Tasmania can be seen along the right bottom corner of the picture.