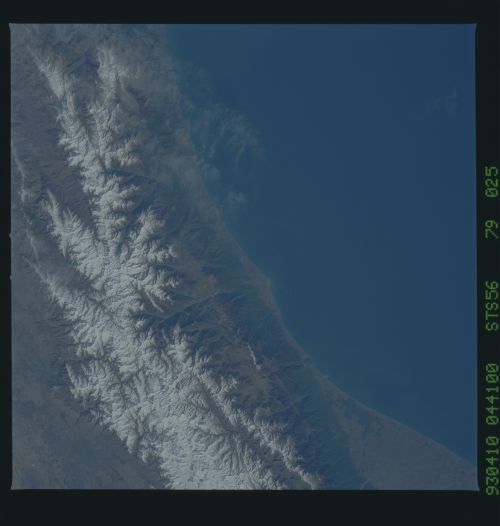 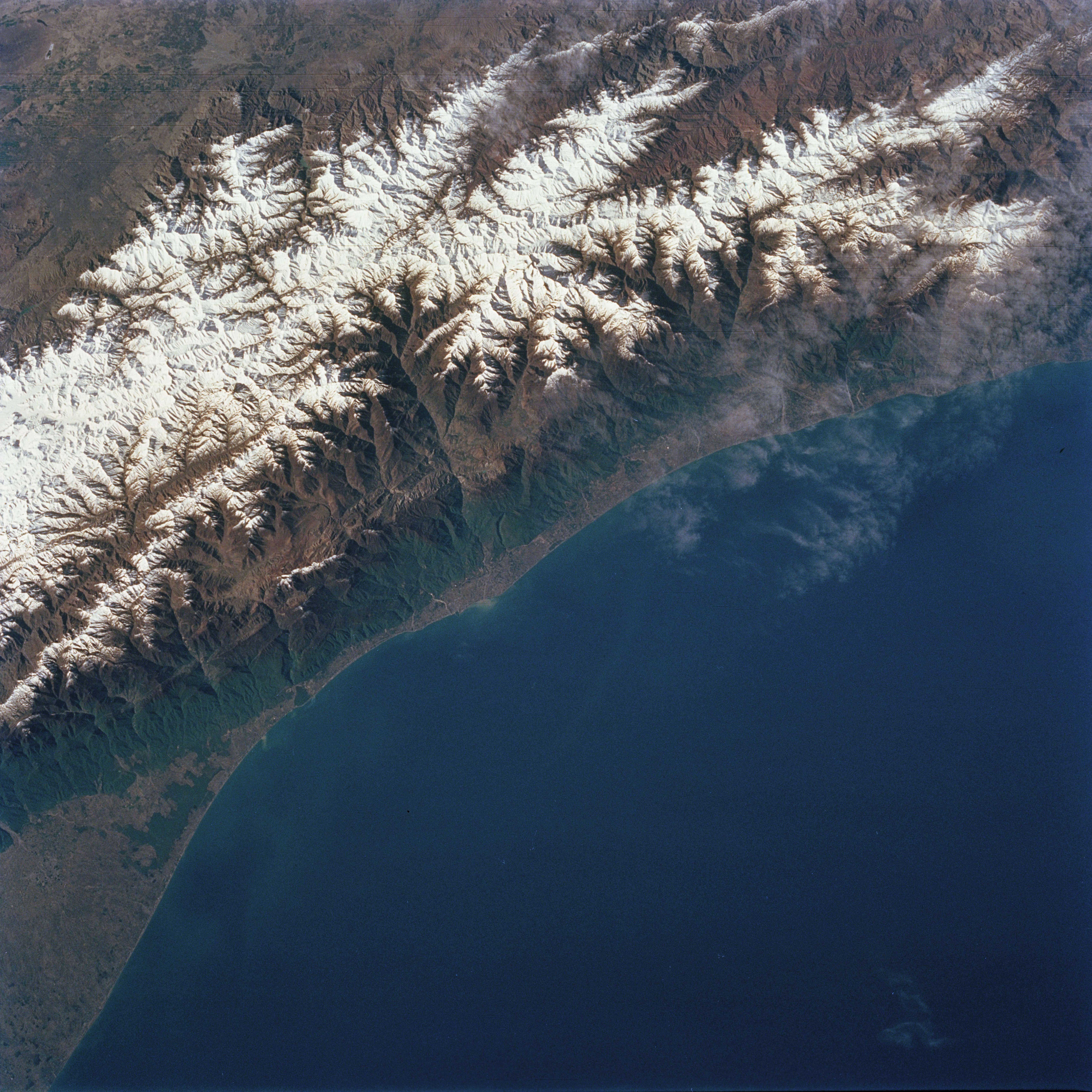 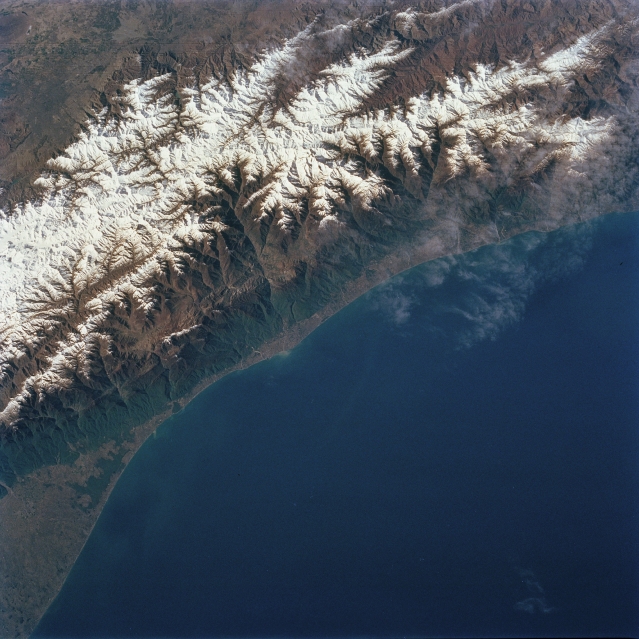 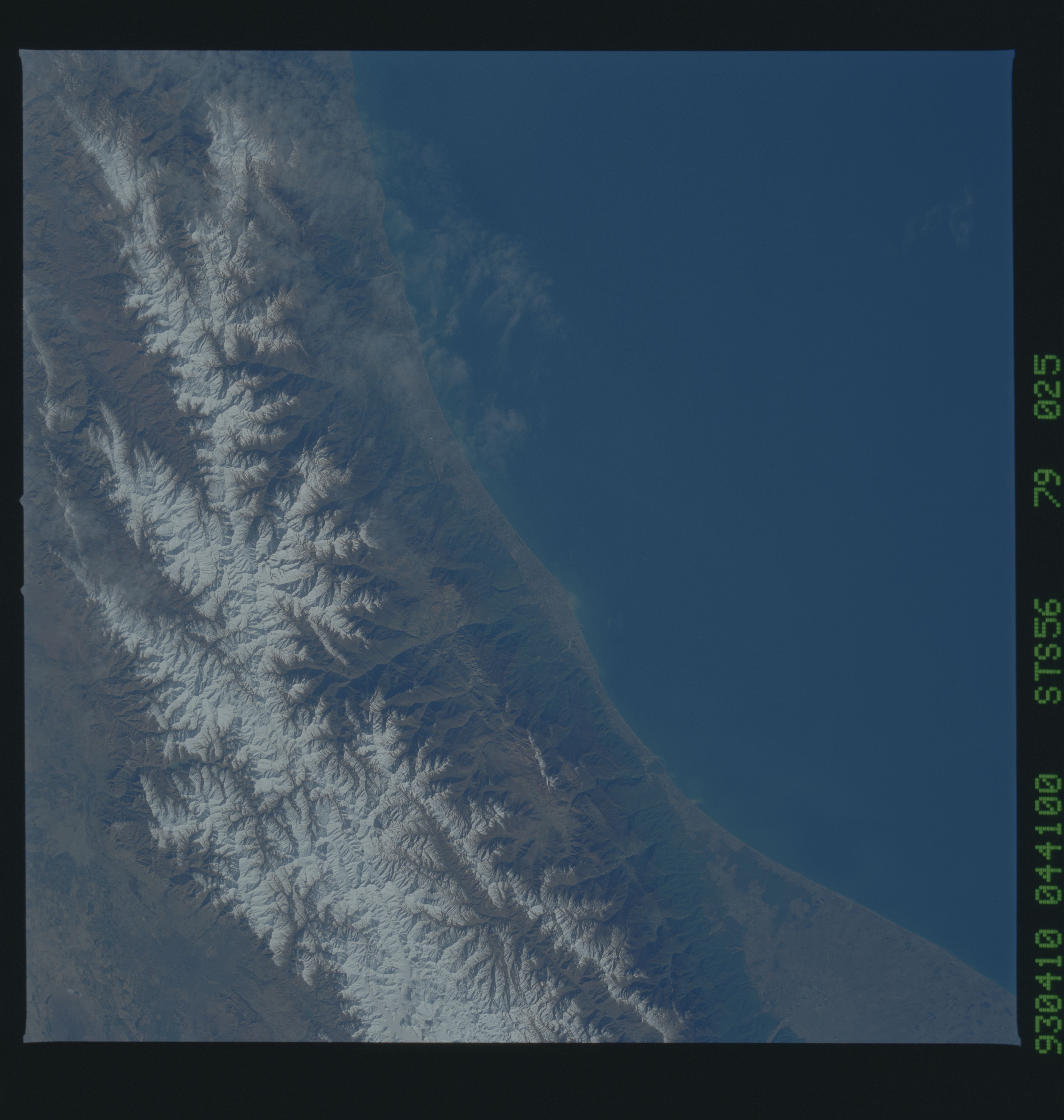 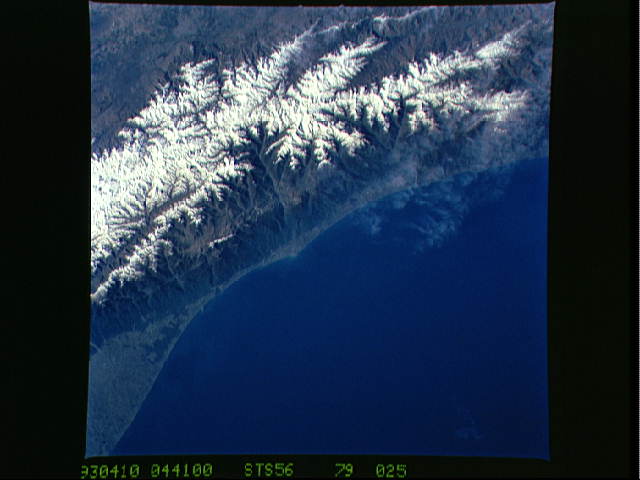 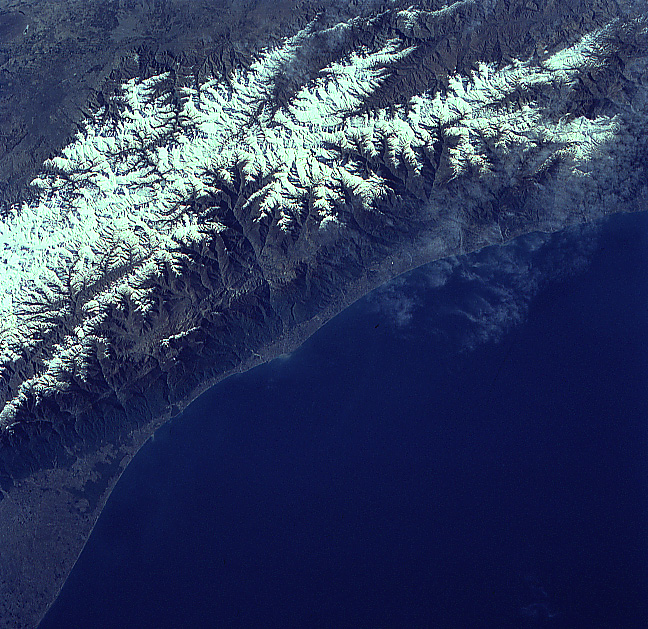 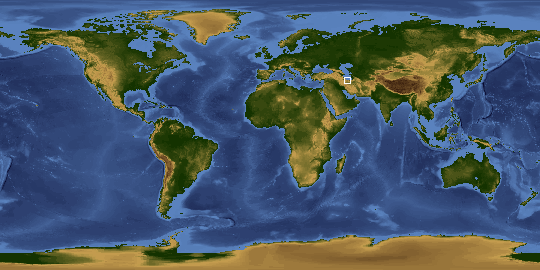 Other options available:
Download Packaged File
Download a Google Earth KML for this Image
View photo footprint information
Download a GeoTIFF for this photo
Image Caption: STS056-079-025 Elburz Mountains, Iran April 1993
The western half of the Elburz Mountains, located in northern Iran along the south shore of the Caspian Sea, is visible in this southwest view. These snow-capped mountains are the northern limit of the Iranian Plateau. While the average elevation of the Elburz is 9000 feet (2743 meters), many of the higher peaks exceed 13000 feet (3962 meters) above sea level. Many of the higher elevations have permanent snowfields on them throughout the year. The mountains are a major climate barrier between the arid Iranian Plateau (south) and the moist (receives significant amounts of rain and snow) north facing slopes. Dense forests are visible on the north-facing slope that lead down to the narrow coastal plain. The Chalus River and several of its tributary streams has eroded a sizeable area of the mountain, thereby creating an impressive-looking, deep gorge (north-south aligned feature, slightly left of center).