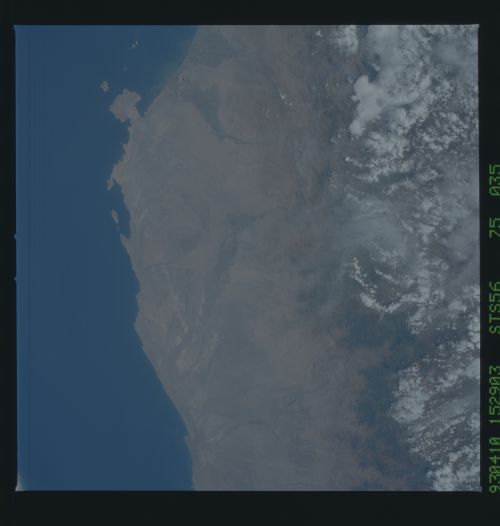 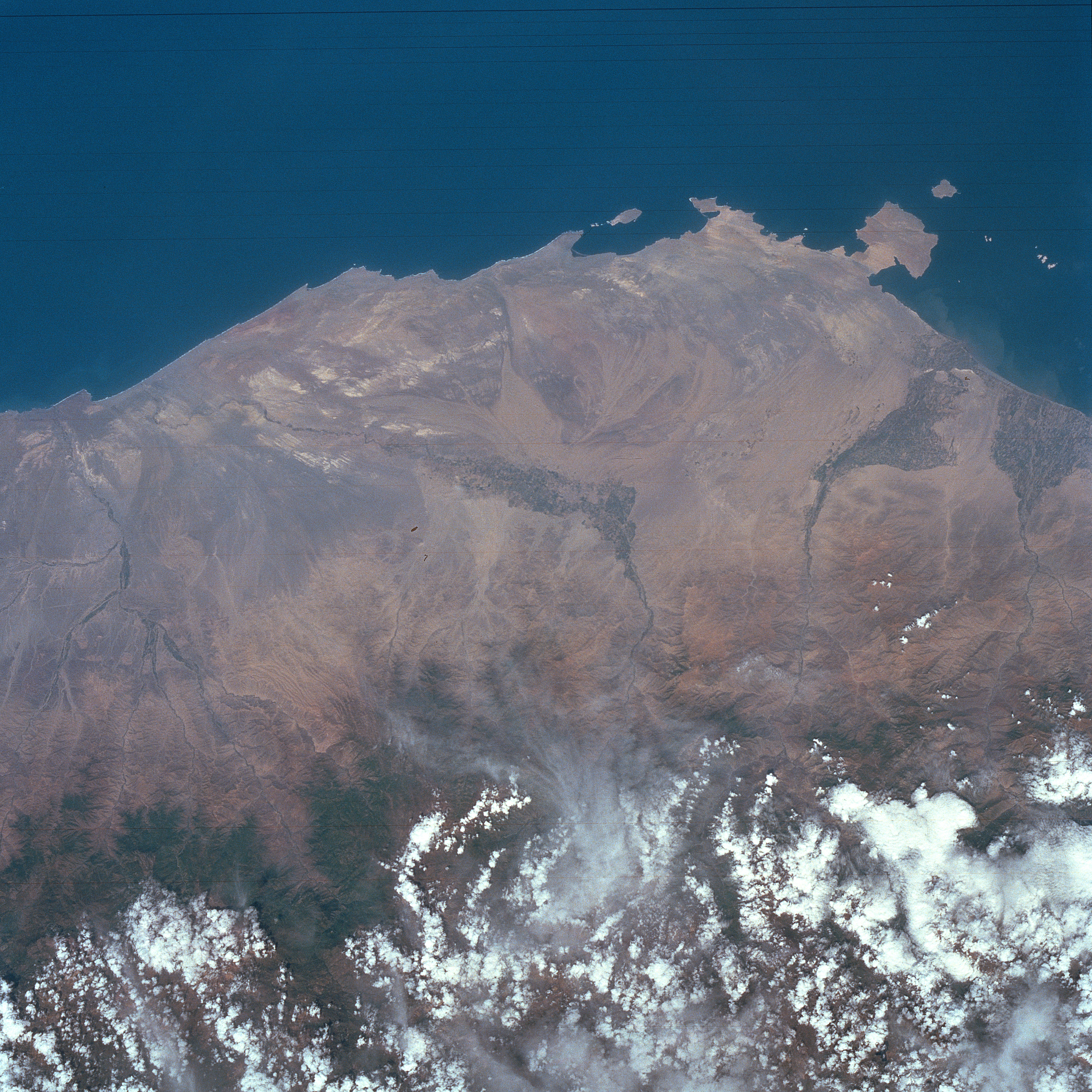 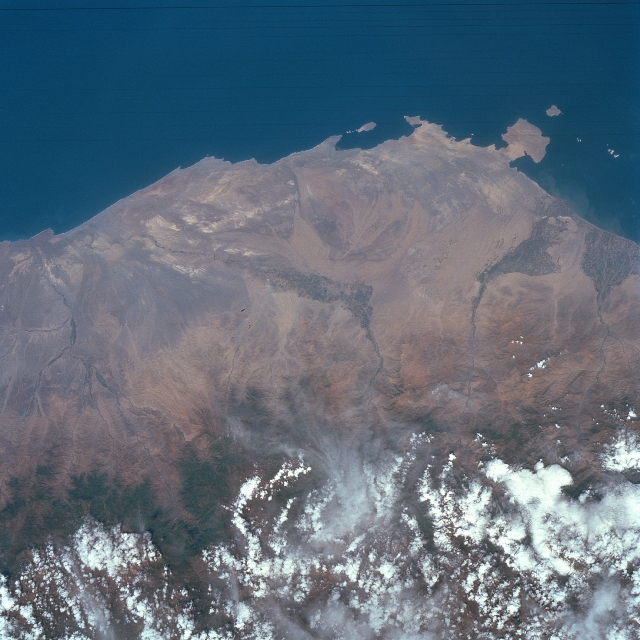 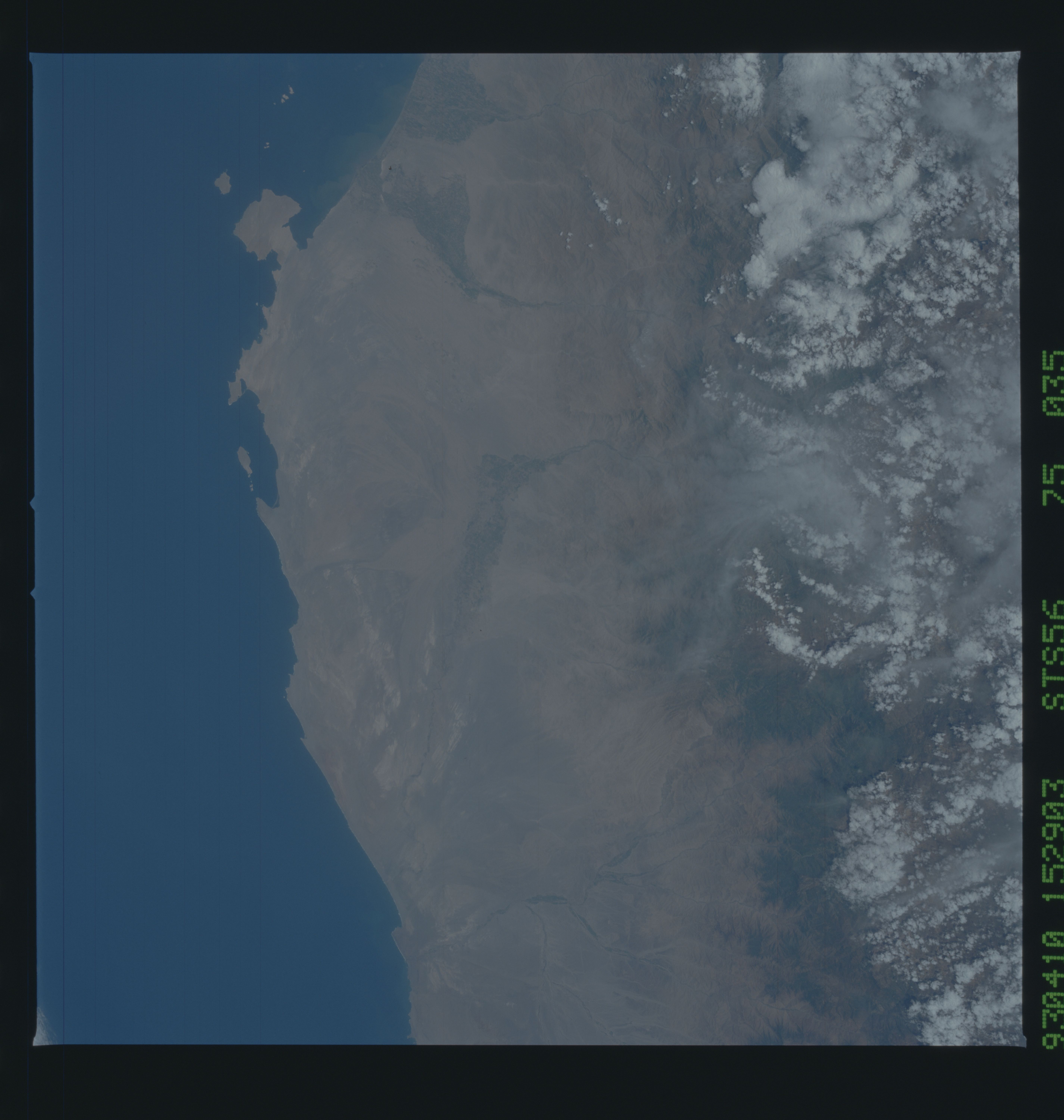 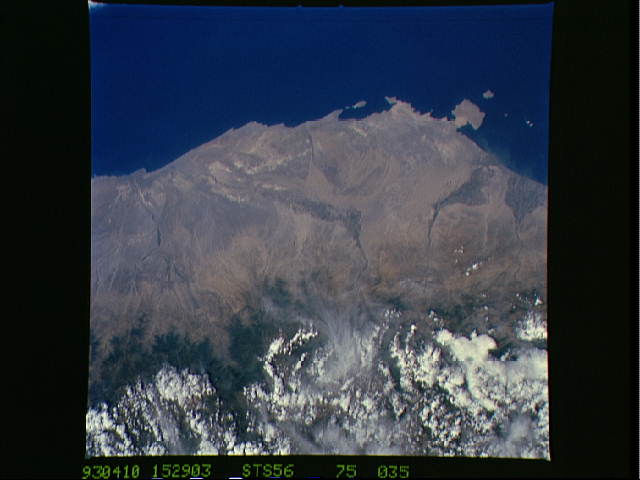 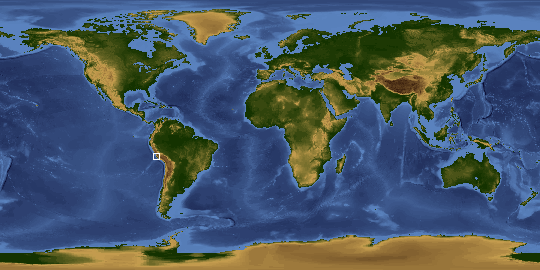 Other options available:
Download Packaged File
Download a Google Earth KML for this Image
View photo footprint information
Image Caption: STS056-075-035 Coastal Area Around Pisco, Peru April 1993
The narrow, arid but elevated coastal plains of southern Peru are visible in this image that extends inland from the Pacific coast to the western flank of the Andes Mountains (mainly obscured by white clouds at the bottom of the image). Several ephemeral stream channels can be identified as they drain generally westward. The darker-looking landscape along the streams are cultivated, irrigated regions where mainly cotton and grapes are grown. The square-looking peninsula toward the upper right corner of the picture is Pararas Peninsula. The coastal port city of Pisco is located a few miles north of the peninsula near the mouth of the Pisco River (along the first stream channel to the right of the peninsula). The Ica River Valley drains southward near the center of the image. The climate along the section of the Peruvian coast is desert, but some moisture is provided by the seasonal snowmelt from the Andes Mountains.