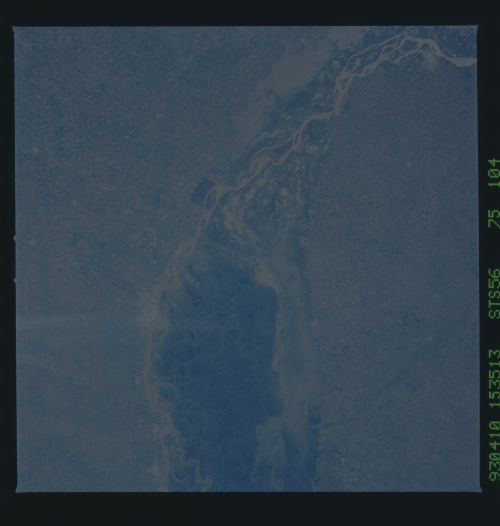 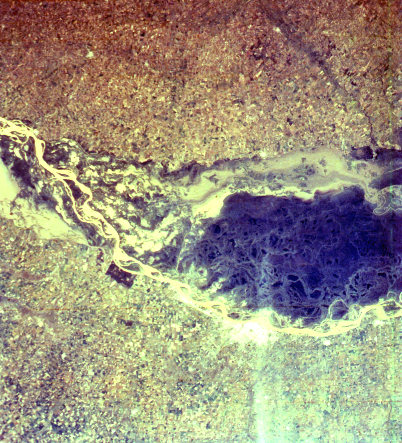 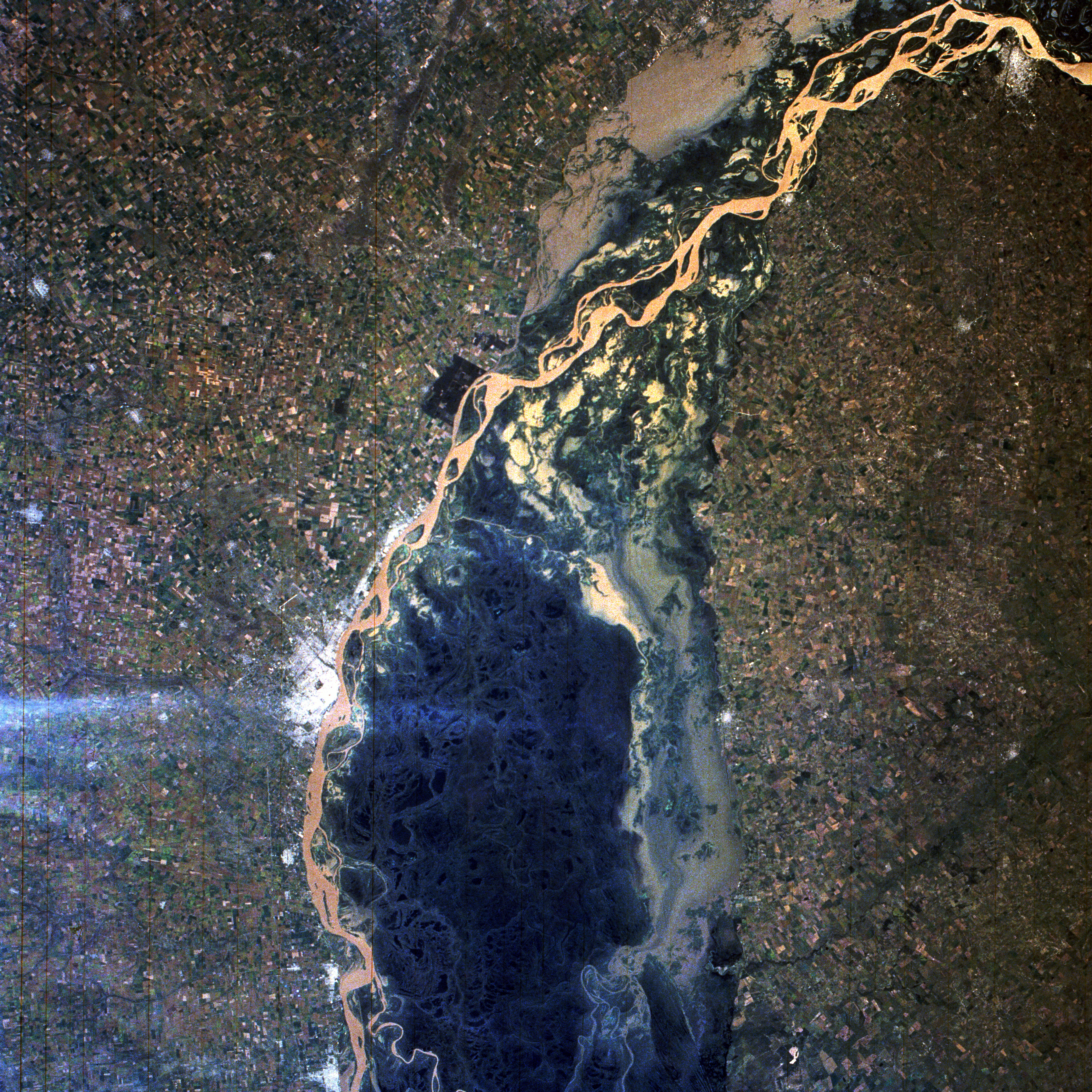 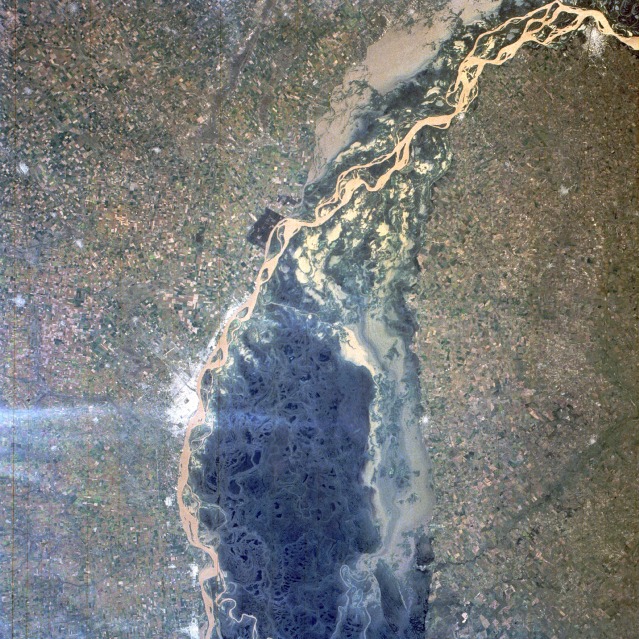 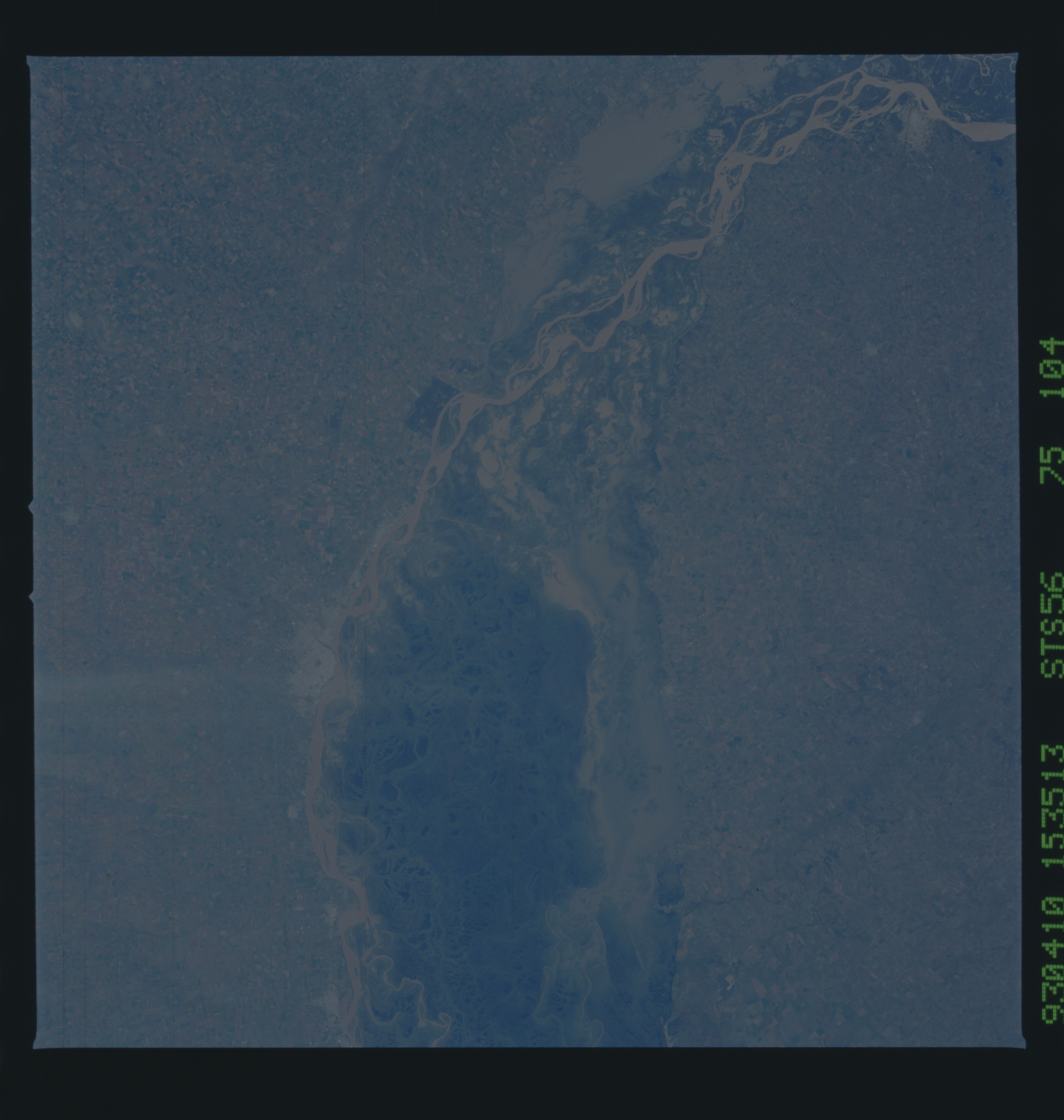 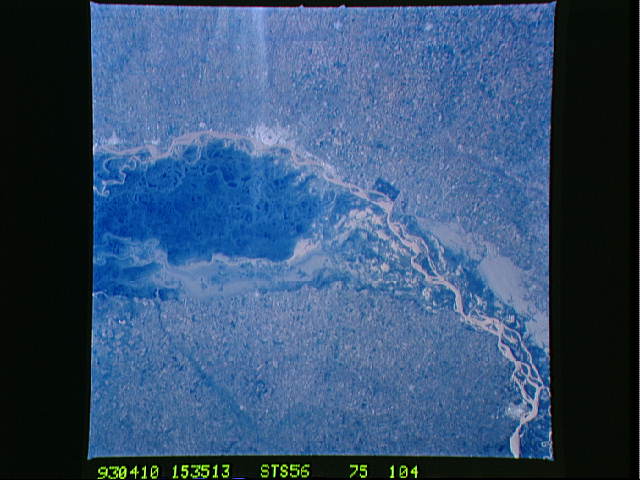 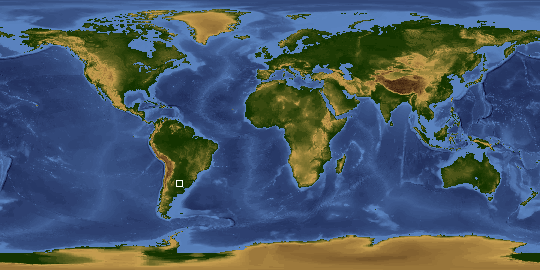 Other options available:
Download Packaged File
Download a Google Earth KML for this Image
View photo footprint information
Image Caption: STS056-075-104 Paraná River, Argentina April 1993
The muddy, multibraided channels of the Paraná River are visible as the river flows south past the city of Rosario (population of more than 1 million). The floodplain, much of which appears to be covered by open, sediment-laden water, perhaps experienced some flooding in this section of the Paraná. The dark green area within the confines of the river's floodplain shows the densely vegetated, basically uninhabited swamplands that extend in a swath of unproductive land for 35 miles (60 kilometers) to the western end of the Rio de la Plata. The extensively cultivated field patterns on either side of the river are part of the highly productive agricultural Pampas region, many areas of which are poorly drained, reclaimed swamplands. Rosario, a commercial city approximately 180 miles (290 kilometers) northwest of Buenos Aires, the capital of Argentina, is noted for its transshipping and processing facilities for grains, hay, meat, wool, and sugar. Other smaller urban areas can be seen principally along the west bank of the river, except for Paraná, which lies along the east bank at the northern edge of the photograph. (Refer to STS-056-102-004 for the extensive delta area of the Paraná River near Buenos Aires.)