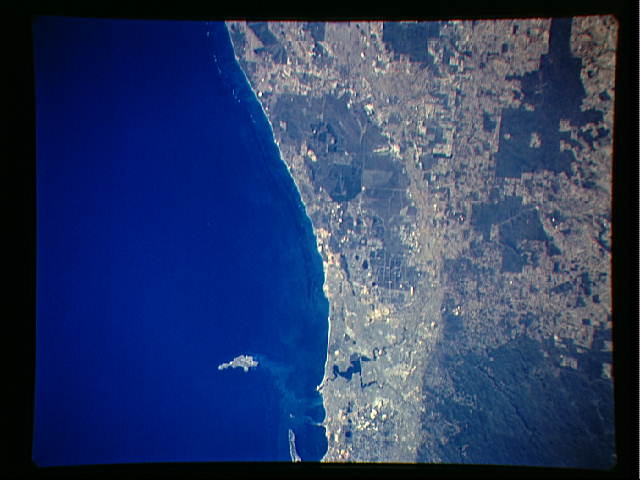 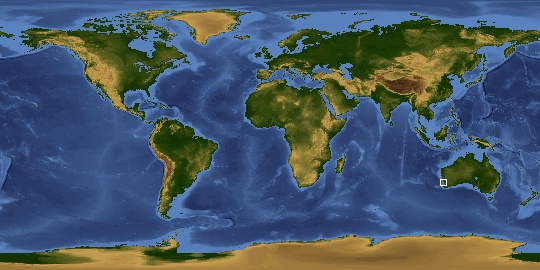 Other options available:
Download Packaged File
Download a Google Earth KML for this Image
View photo footprint information
Download a GeoTIFF for this photo
Image Caption: STS-56 Earth observation taken aboard Discovery, Orbiter Vehicle (OV) 103, is probably the best view of Perth in Western Australia. (For orientation purposes, note that the coastline runs north and south). The major feature on the coast is the large estuary of the Swan River. The large port city of Perth is situated on the north bank and the smaller city of Freemantle on the south bank by the sea. Smaller seaside towns trail off north and south of this center of urban life. Inland lies a prominent escarpment, more than 600 feet high, seen running down the middle of the view and dividing the lighter-colored coastal lowlands from the highlands where dark-colored tree savanna and desert scrub dominates the land. The Moore River can be seen entering the sea at the top of the frame. Rottnest Island is visible in the sea and Garden Island near bottom edge of the frame. Perth is the largest economic center in Western Australia. It receives natural gas from an offshore field hundreds of miles