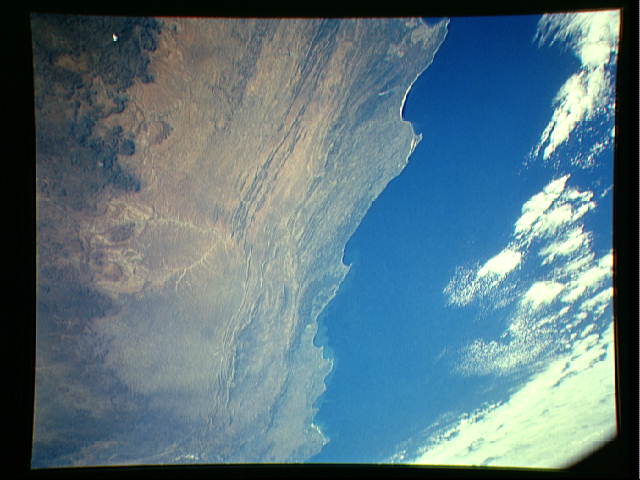 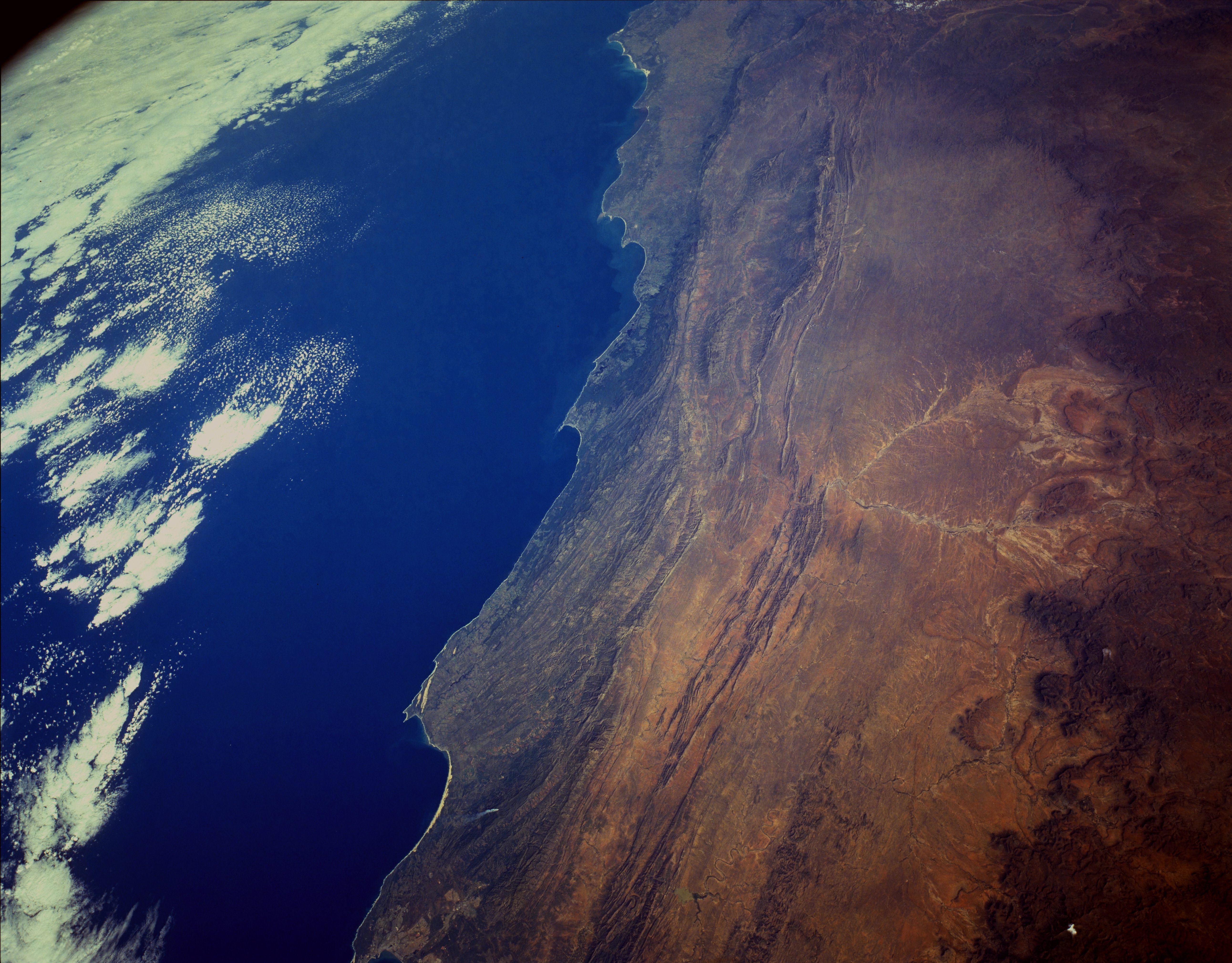 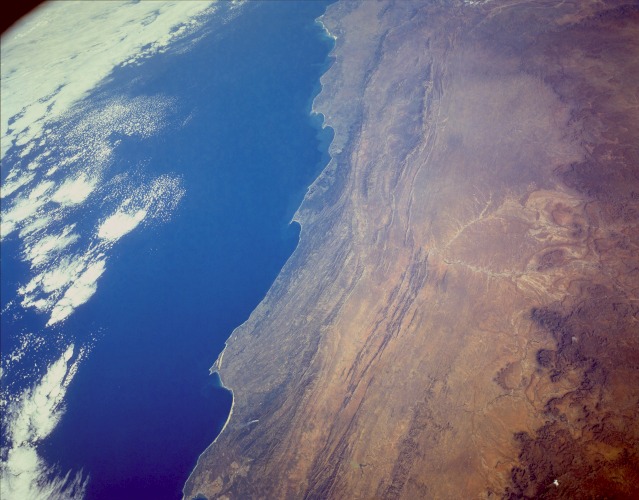 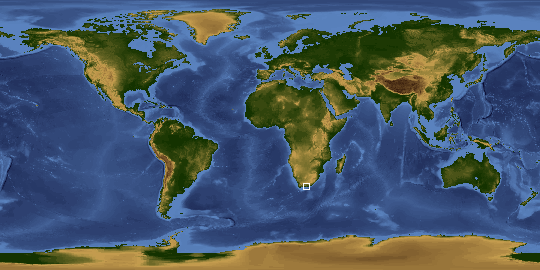 Other options available:
Download Packaged File
Download a Google Earth KML for this Image
View photo footprint information
Download a GeoTIFF for this photo
Image Caption: STS056-154-165 The Great Karoo Range and Cape Ranges, South Africa April 1993
This low-oblique, south-southwest-looking photograph reveals the complex landscape of South Africa. The topography of this region is a series of steppes. From the high central plateau (not visible in the photograph) to the Great Escarpment, at an altitude of 7000 feet (2135 meters), that appears along the north side of the photograph, the terrain descends into a vast semiarid plateau called the Great Karoo (orange area). This hot, arid plateau extends east-west 300 miles (500 kilometers) and averages 2000 to 4000 feet (600 to 1200 meters) above sea level. Descending further across smaller escarpments and plains, the steppes reach the mountains of the forested Cape Ranges (dark green) and, finally, the coast. Where irrigated, the Great Karoo is very fertile and supports extensive livestock grazing and the growing of citrus fruit and grains. The Great Karoo is covered mostly by succulent plants that survive the heat and aridity by conserving moisture or having life cycles geared to the occasional violent storms that pass over the region. Three pronounced capes lie along the coast--from east to west are Cape St. Francis, Cape Seal, and Cape St. Blaize located near the small port city of Mosselbaai.