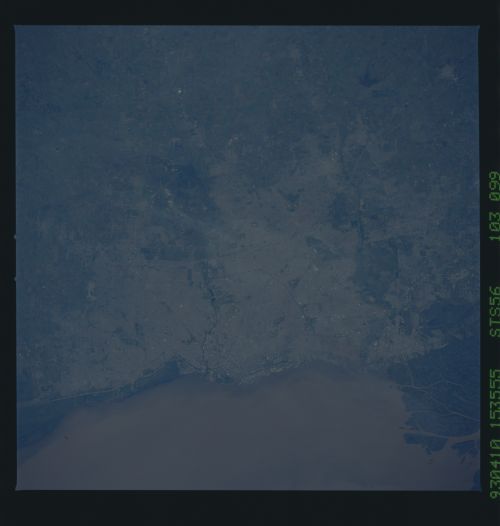 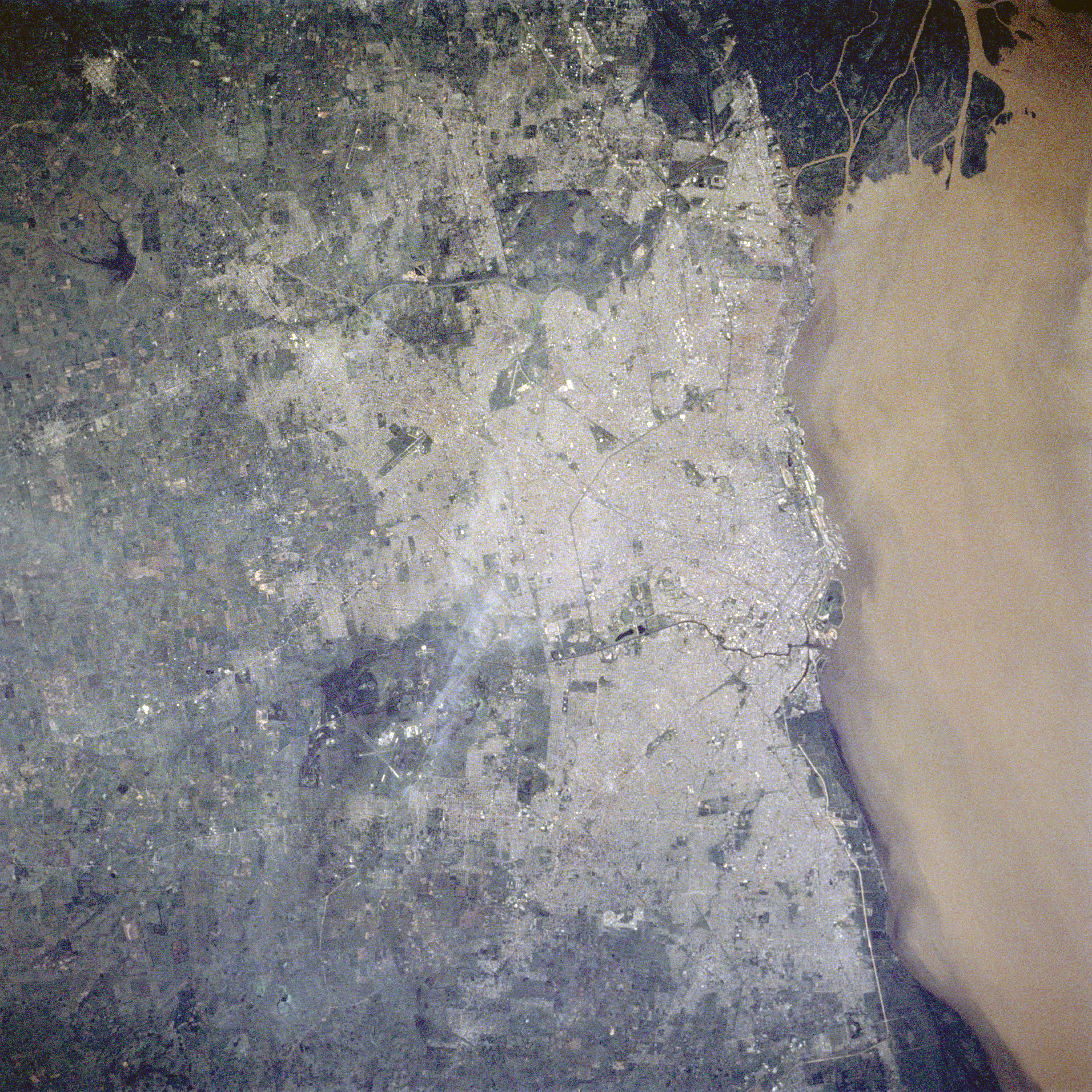 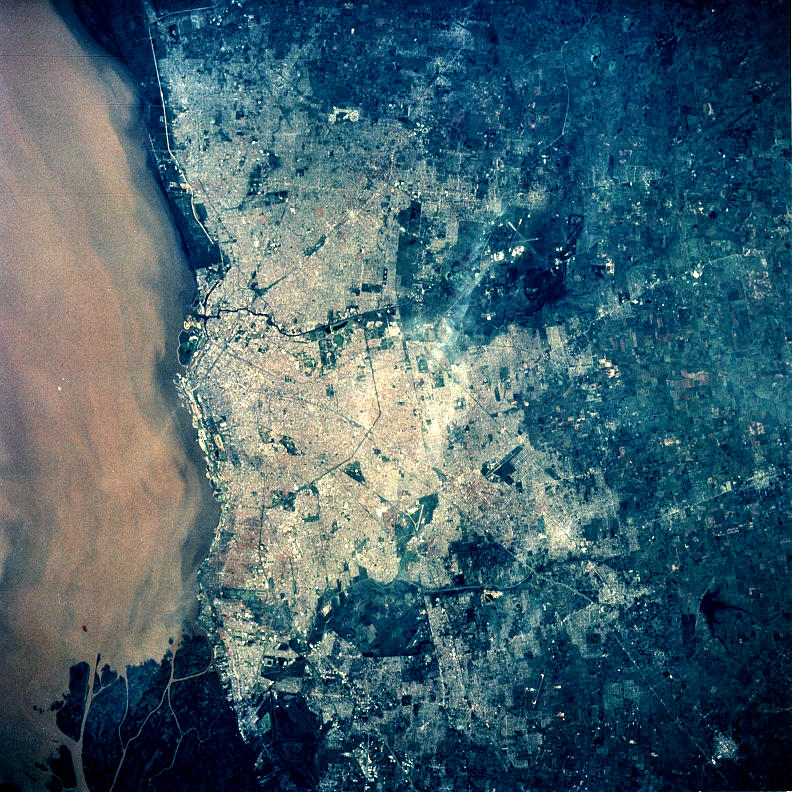 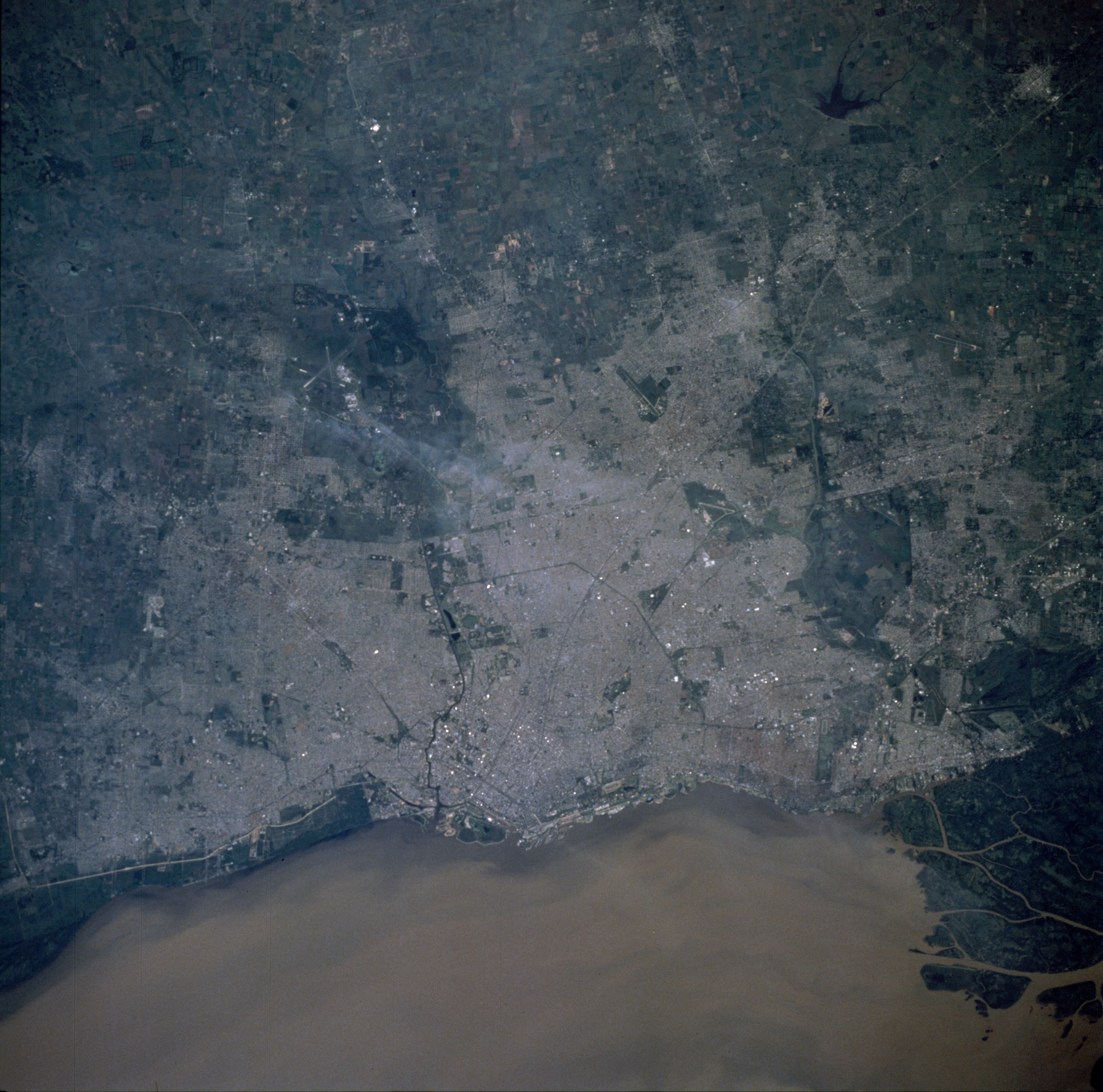 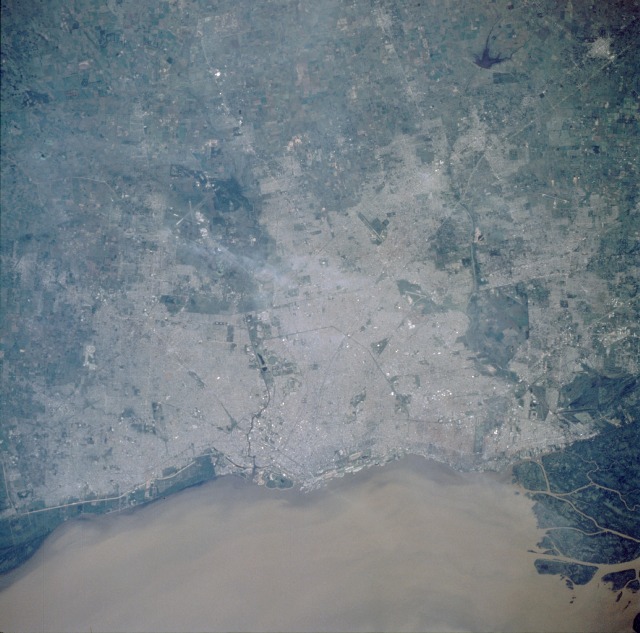 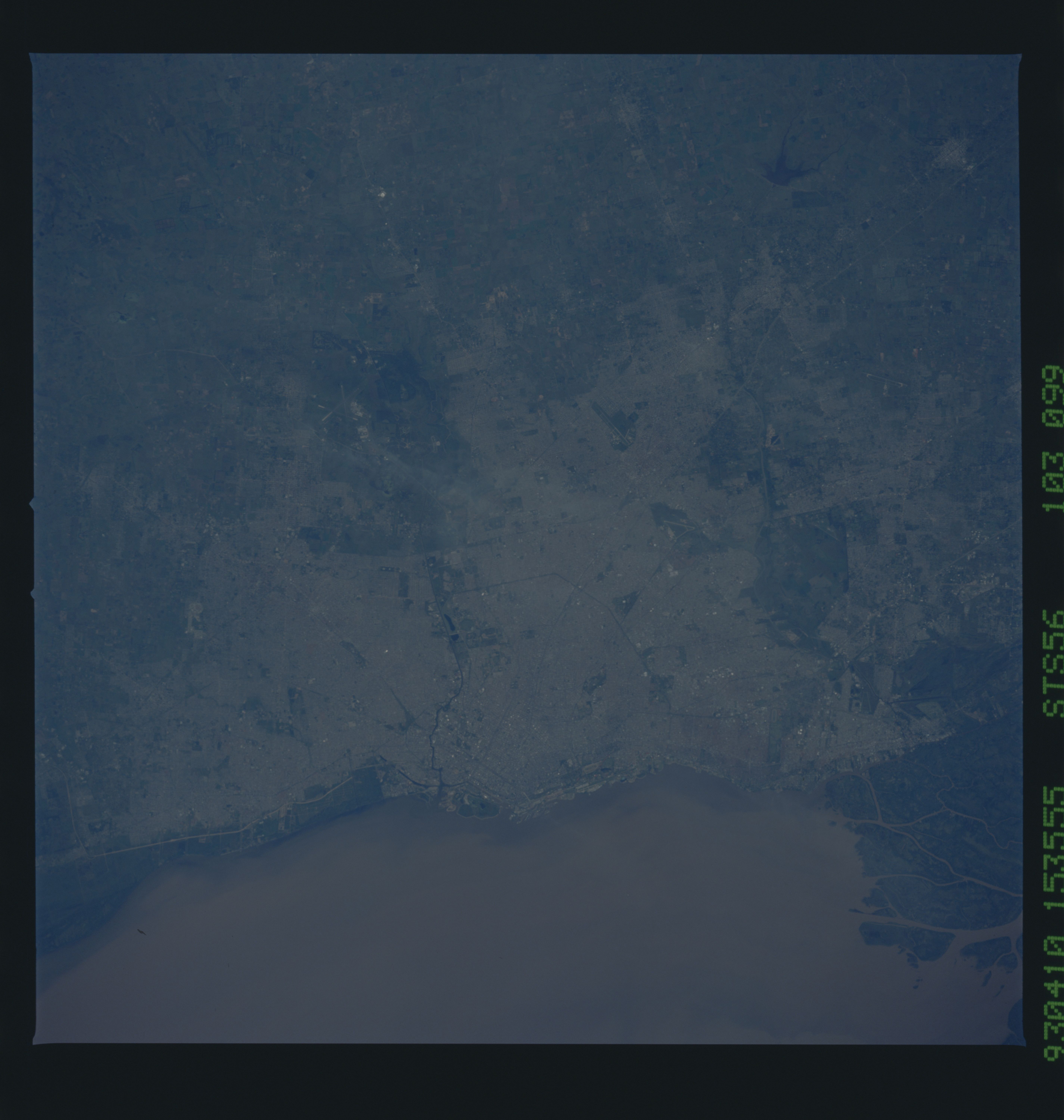 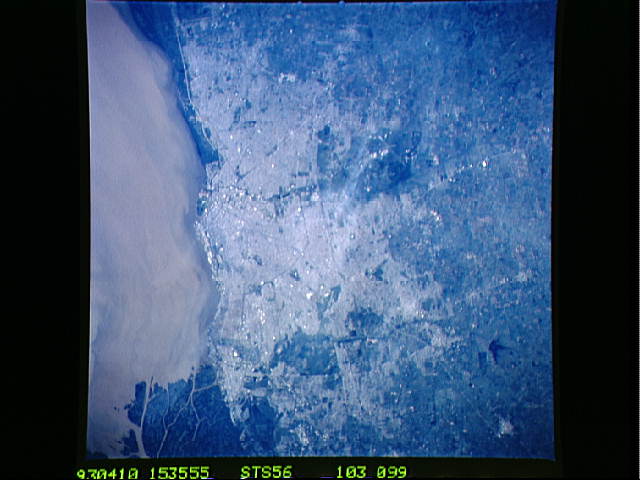 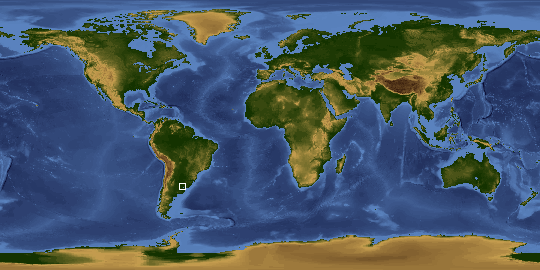 Other options available:
Download Packaged File
Download a Google Earth KML for this Image
View photo footprint information
Download a GeoTIFF for this photo
Image Caption: STS056-103-099 Buenos Aires, Argentina April 1993
With a population of 12.2 million people, Buenos Aires has become the world's tenth largest metropolitan complex, with approximately 35 percent of the country's population residing in the greater Buenos Aires conurbation. Buenos Aires, the capital of Argentina, is also the country's chief seaport and its industrial, commercial, and social center. Situated on the southwestern end of the Rio de la Plata at the mouth of the Parana and Uruguay Rivers and the northeastern edge of the pampas (Argentina's most productive agricultural region), Buenos Aires has access to south-central South America and the rest of the world. The city has become the distribution hub and trading center for a large portion of southern South America. Several features of the urban infrastructure are visible in this near-vertical photograph--runways of airports, and highways and railroads radiating from the central part of the city, which is located near the waterfront. South of downtown, the Matanza River flows northeastward, emptying into the Rio de la Plata.