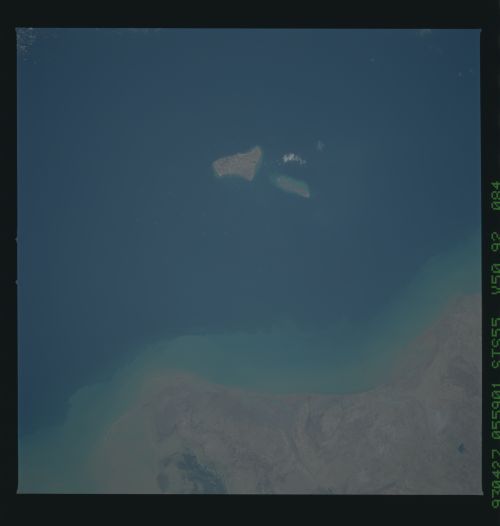 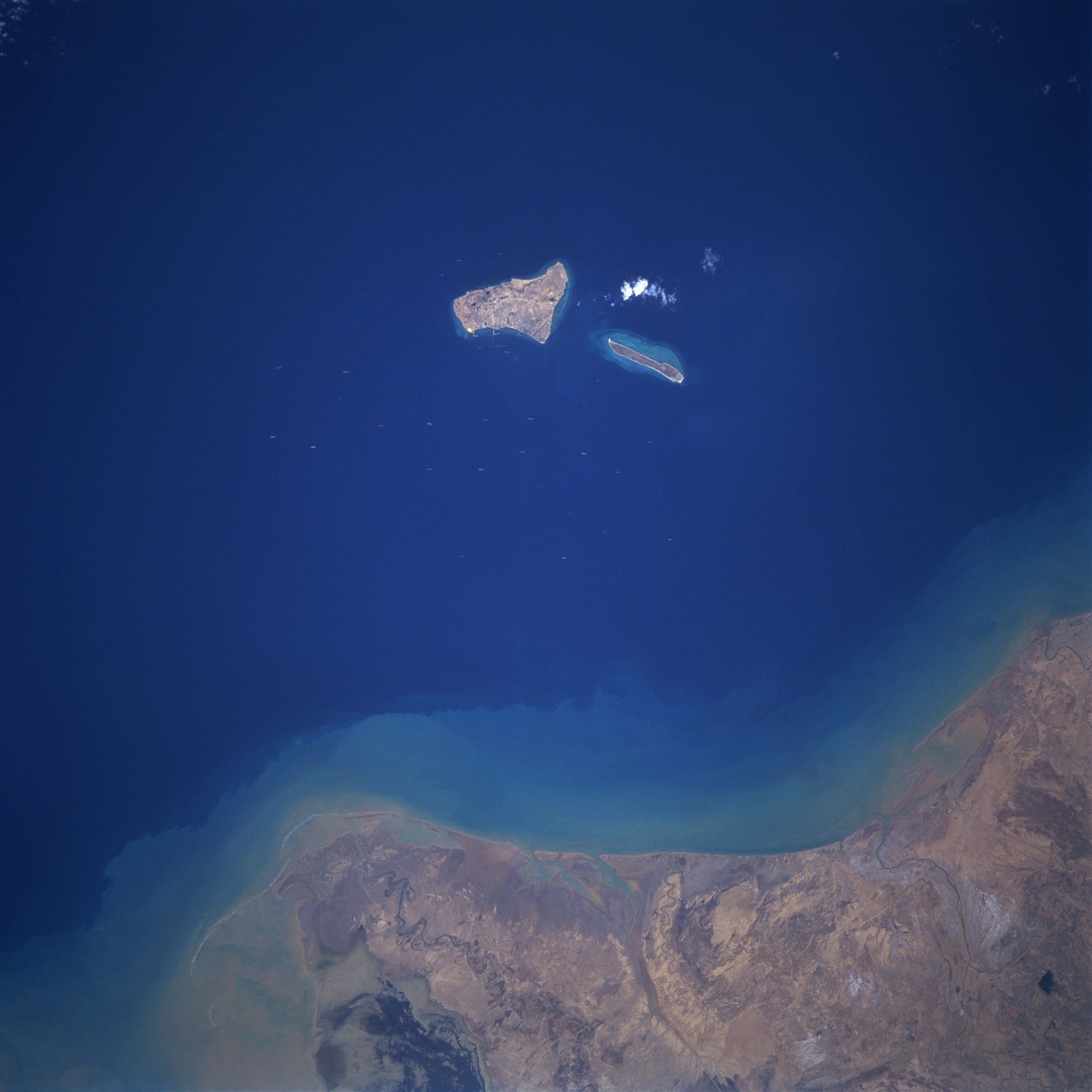 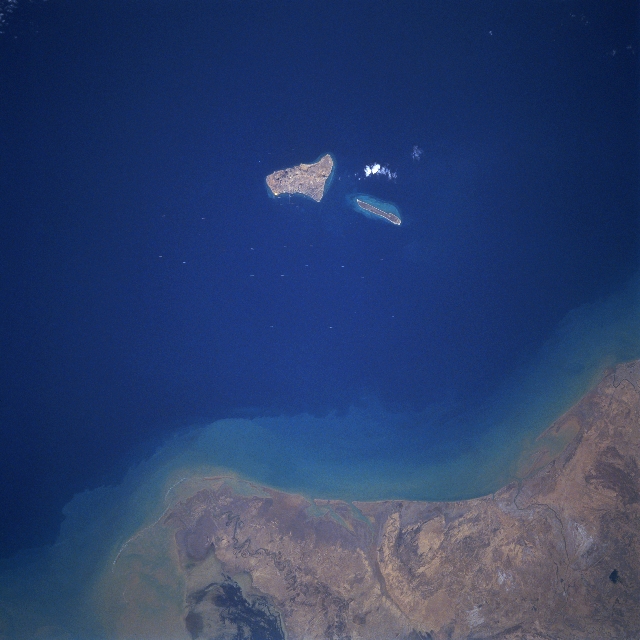 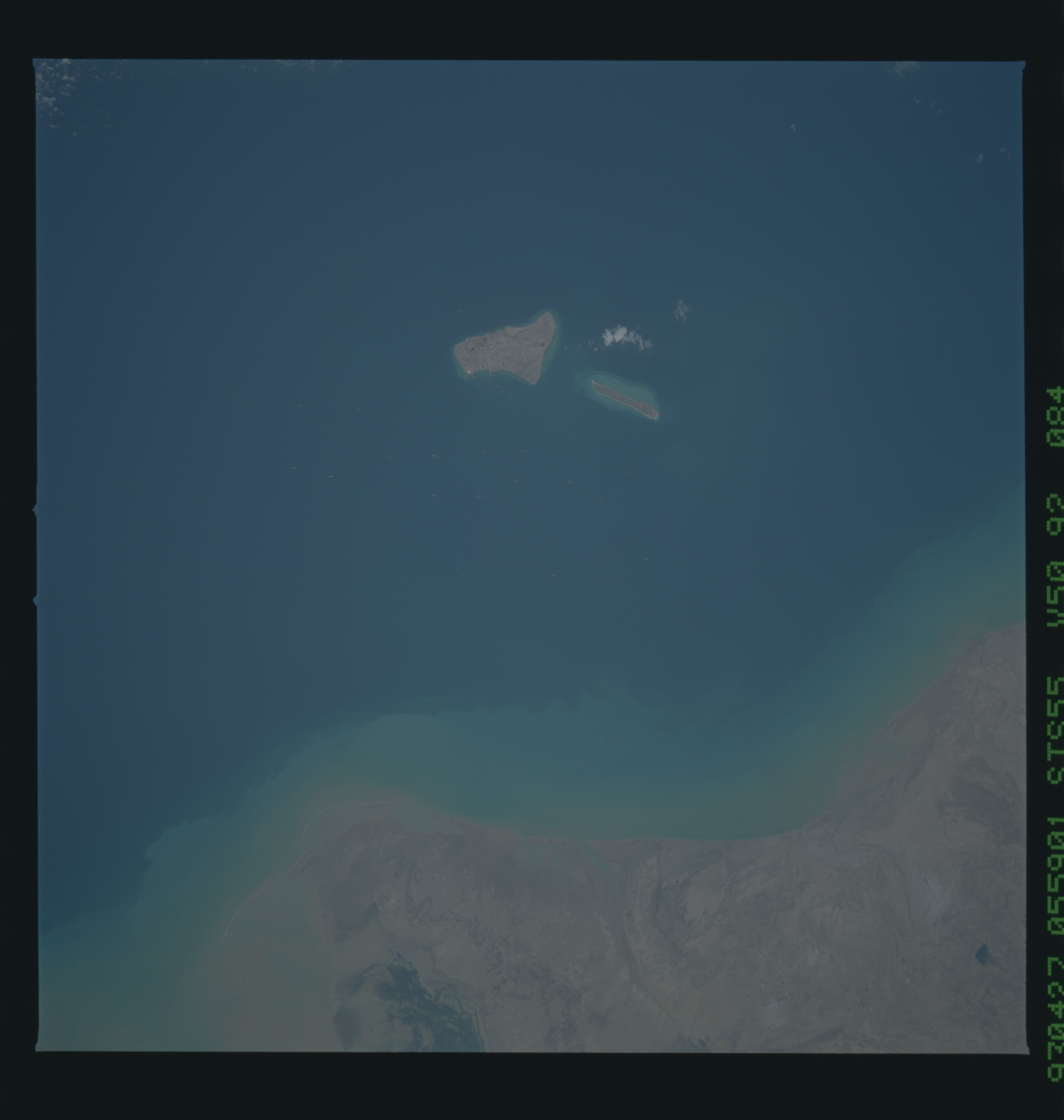 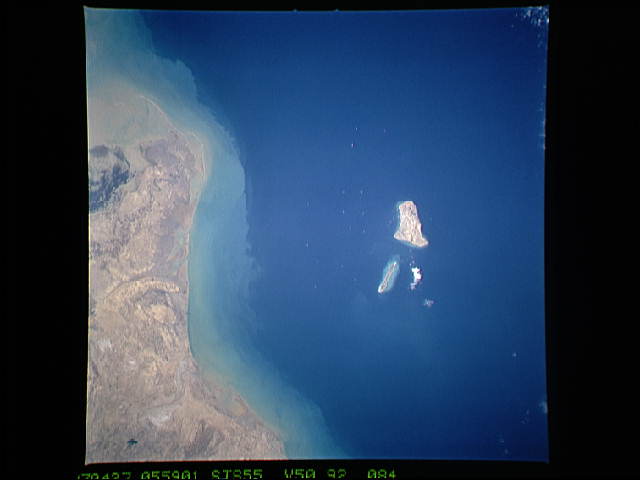 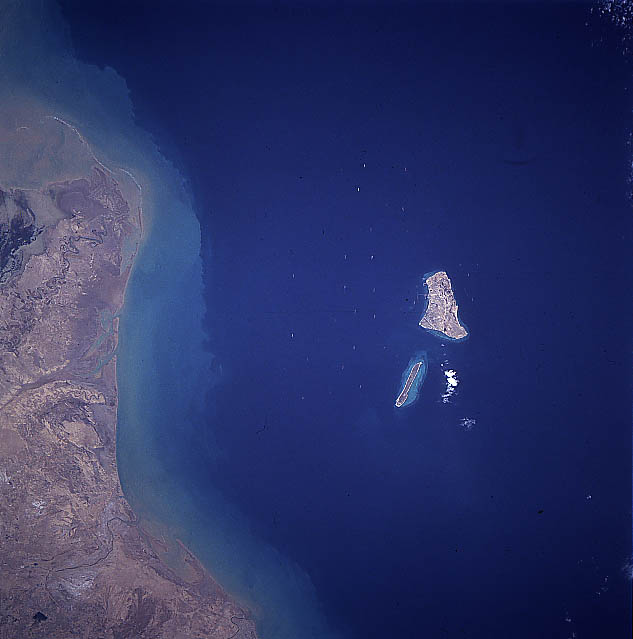 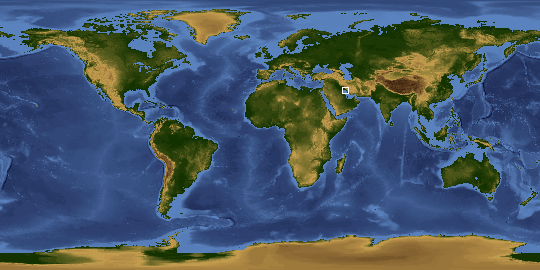 Other options available:
Download Packaged File
Download a Google Earth KML for this Image
View photo footprint information
Image Caption: STS055-092-084 Kharg Island, Iran April 1993
Kharg Island, as seen in this near-nadir view, is located in the northeastern Persian Gulf, 16 miles (25 km) off the coast of Iran and 300 miles (483 km) north of the Strait of Hormuz. Once the world's largest offshore crude oil terminal and the principal sea terminal for Iranian oil, the Kharg Island facilities were put out of commission in the fall of 1986. Heavy bombing of the Kharg Island facilities from 1982 through 1986 by the air forces of the government of Iraq during the Iran-Iraq War all but destroyed most of the terminal facilities. Kharg Island was situated in the middle of the Darius Oilfield, also destroyed by the intensive bombing. Repair to all facilities has been very slow, even after the war ended in 1988, due to continued hostile intentions by the Iraqi Government and the Gulf War or 1990-1991.