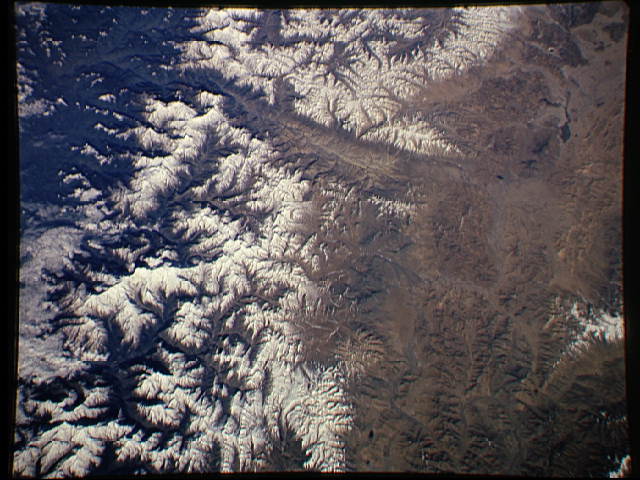 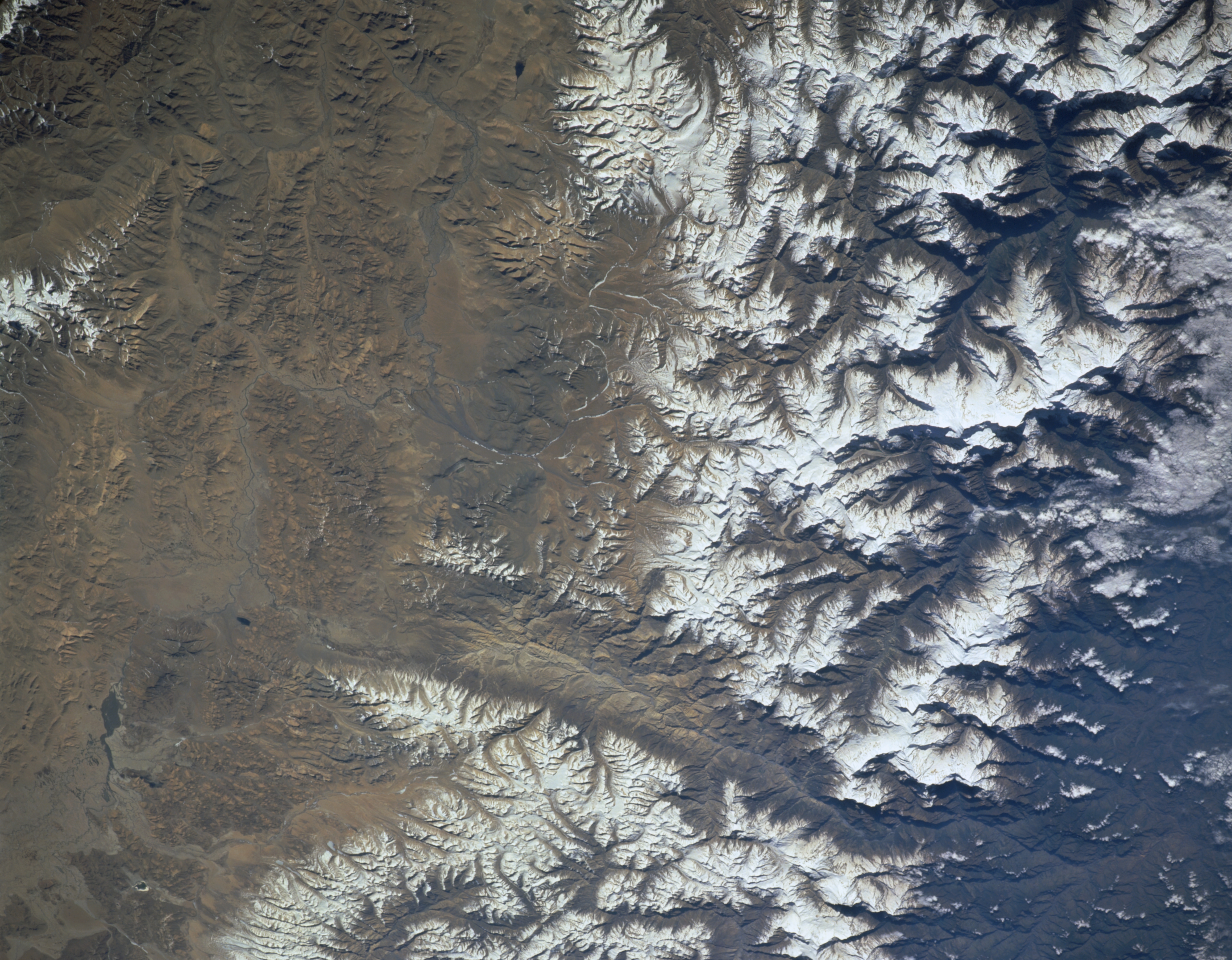 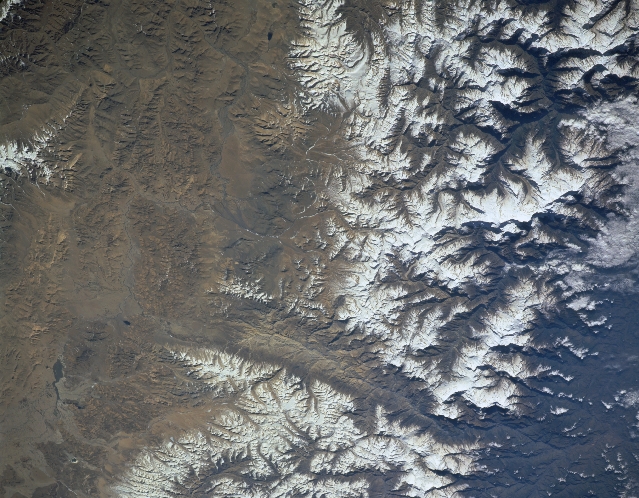 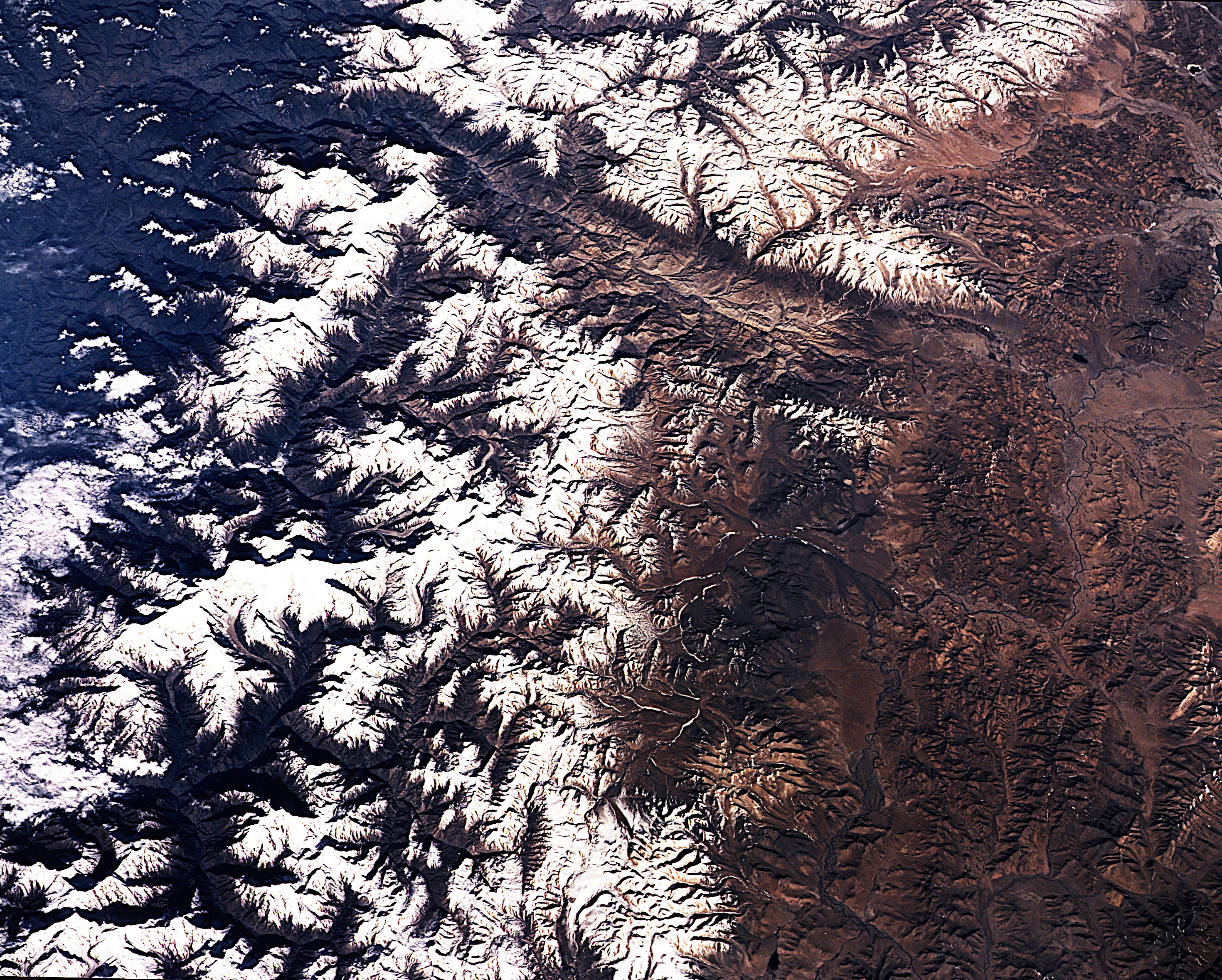 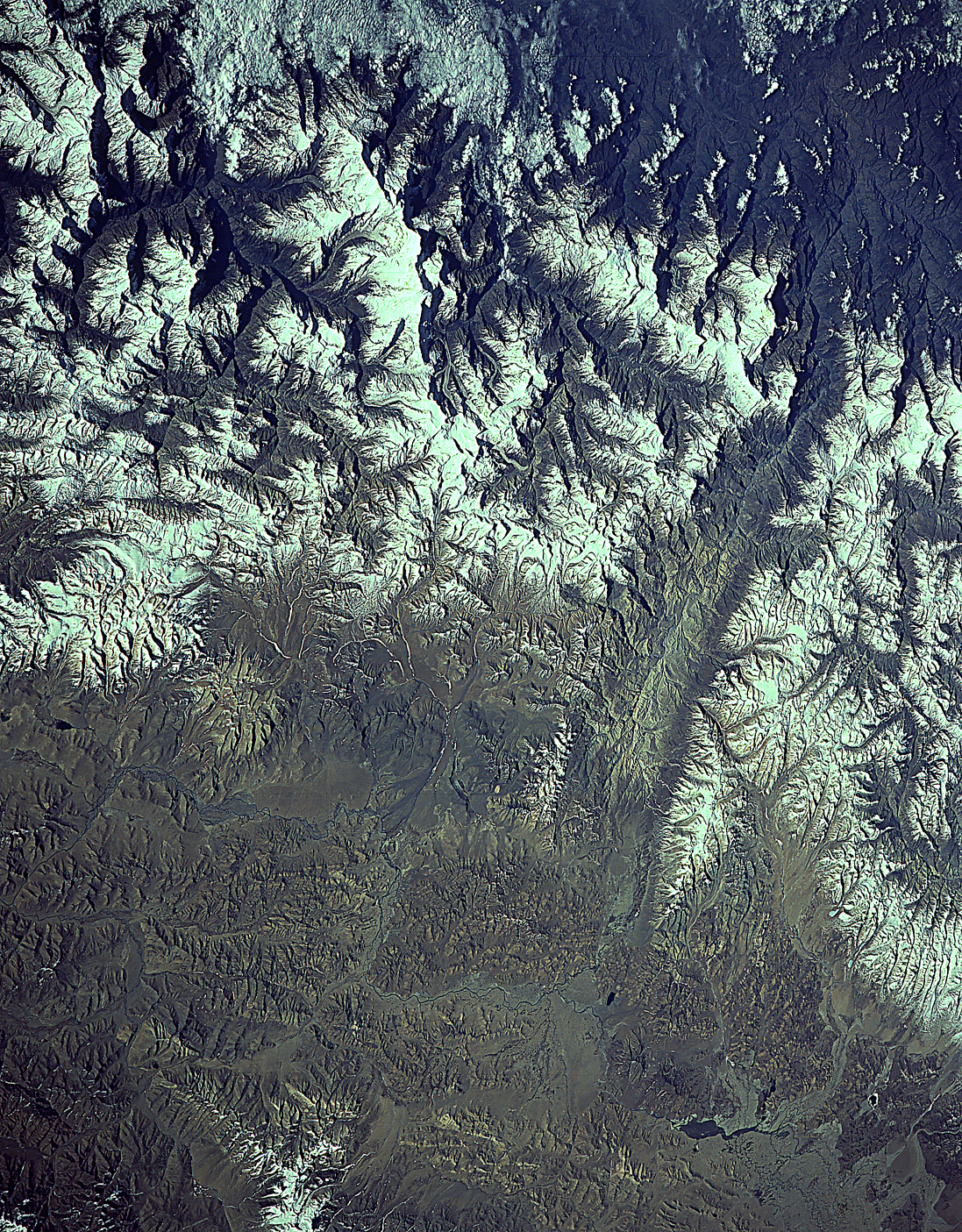 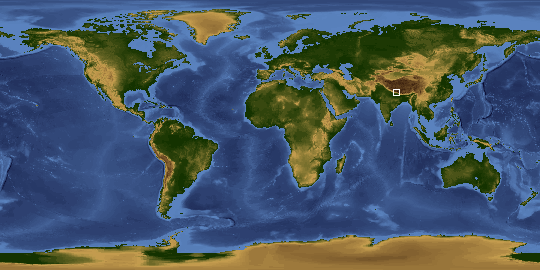 Other options available:
Download Packaged File
Download a Google Earth KML for this Image
View photo footprint information
Image Caption: STS055-152A-104 Himalayas, Nepal May 1993
A section of the worlds most massive and tallest mountains, the Himalayas, are shown in this image that includes north central Nepal (left) and the south central Tibetan Autonomous Region of China (right). The swath of snow-covered mountains averages about 28 miles (45 km) in north-south distance. While most of the rugged mountainous chain does not have many north-south ground corridors or passes, this image does contain the Kali River Valley that created a sizeable gorge through the Himalayas (linear-looking north-south structure slightly above center of the image). All of the major rivers in Nepal actually preceded the formation of the mountains. As the Himalayas grew in elevation through the interaction of the Indian plate and Eurasian plate, the rivers cut through the mountain and subsequently created deep, transverse gorges. The Kali River, one of seven tributaries of the Narayani River, flows southward through such a gorge. The concentrated area of whiteness (lower left quadrant) is Manaslu I peak. At 26755 feet (8155 meters) this peak is one of the world's tallest. The elongated dark feature (near upper right corner) is a lake that is located within a swampy landscape on the Tibetan Plateau (about 15000 feet - 4572 meters - above sea level).