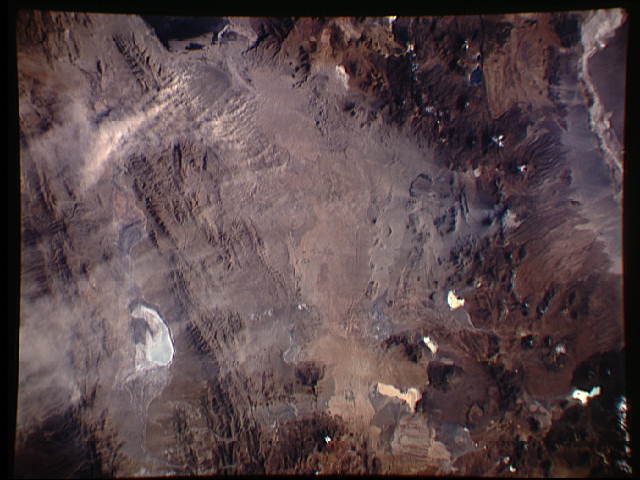 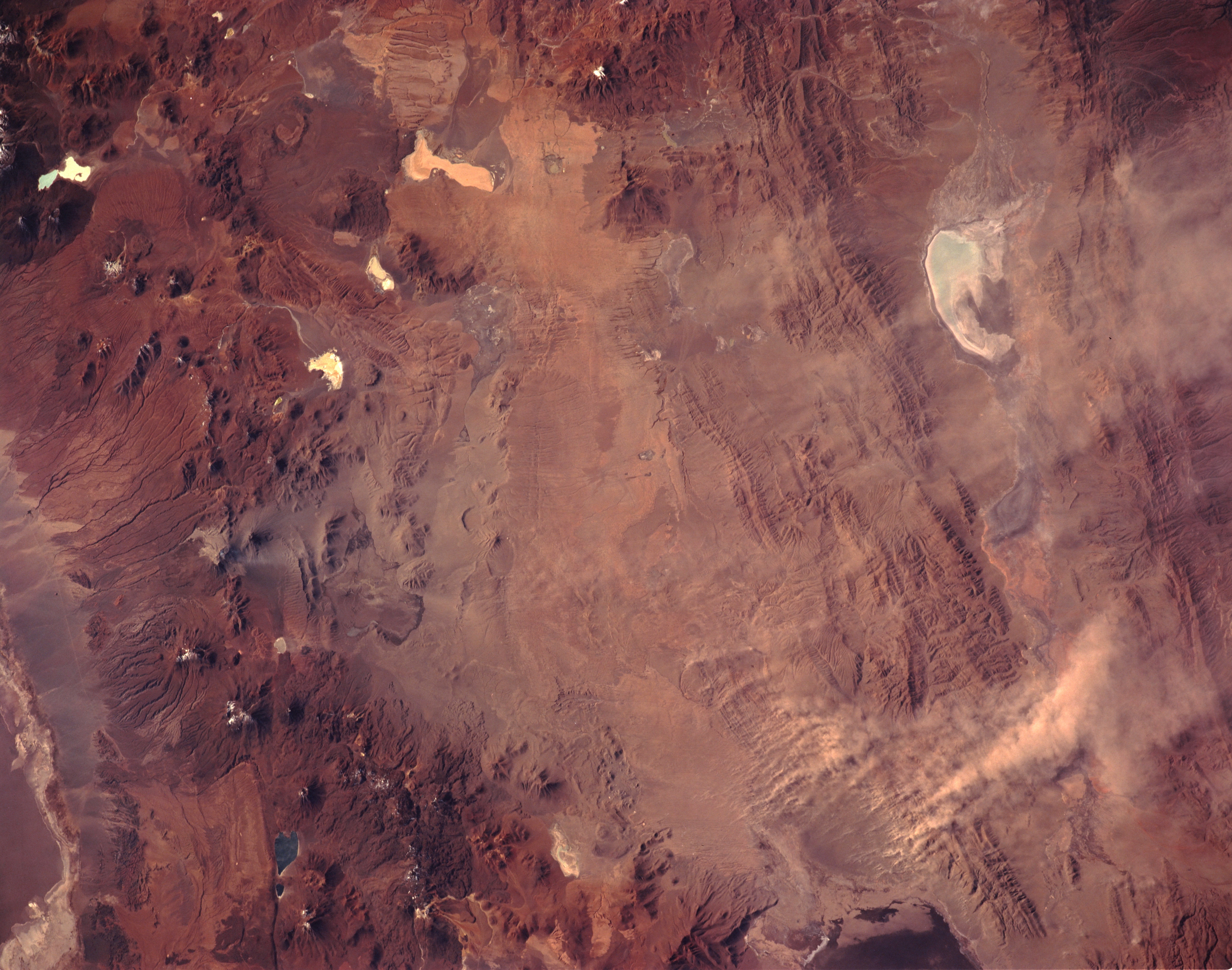 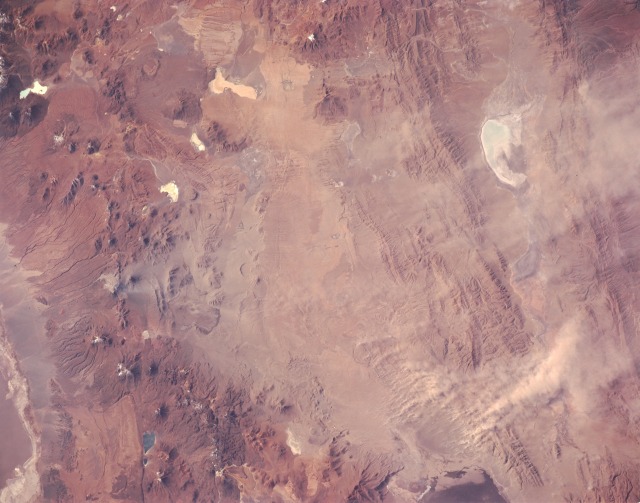 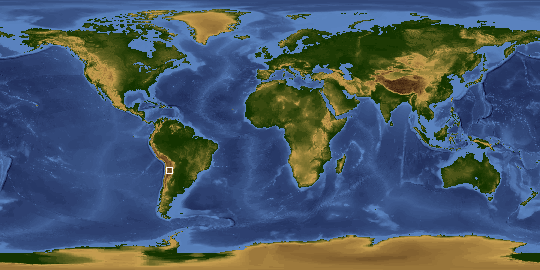 Other options available:
Download Packaged File
Download a Google Earth KML for this Image
View photo footprint information
Image Caption: STS055-151-58 Lascar Volcano, Chile May 1993
Lascar Volcano in the central Andes Mountains of Chile erupted April 20, 1993, sending a large plume of ash into the atmosphere and producing lava flows and ash deposits that required evacuation of nearby villages. This near-vertical photograph, taken May 4, 1993, shows the summit of Lascar (near the center of the western edge) and the ash deposited east of the volcano. Recent pyroclastic flows (light areas) traveled down the northwestern slope of the volcano. Ash covers the conical volcano due east of Lascar and a wide area of the folded ranges in the eastern Andes Mountains. The dust tendrils south and east are resuspended ash whipped up by high winds over the Andes and carried eastward over the agricultural areas of eastern South America. The irregular whitish features are playas (dry lakebeds) that are scattered throughout the drier areas of the Andes Mountains.

STS-55 Earth observation taken from Columbia, Orbiter Vehicle (OV) 102, shows several plumes of blowing material over northern Argentina. All plumes originate downwind of the recent volcanic eruption of Lascar Volcano (just over the border in northern Chile). It seems most likely, therefore, that the blown material is dust-sized particles of ash that was deposited on the high Andean plateau by Lascar during the eruption of 04-20-93. The large, dense, V-shaped plume in this frame is about 40 kilometers long. It is blowing eastwards from a point about 100 km southeast of Lascar. On 05-10-93, images from the AVHRR sensor on the environmental satellite NOAA-11 showed the dust from these parts of Altiplano reaching the lowlands hundreds of kilometers to the east. This photo was recorded on 05-04-93 at 19 hours 10 minutes 38 seconds GMT.