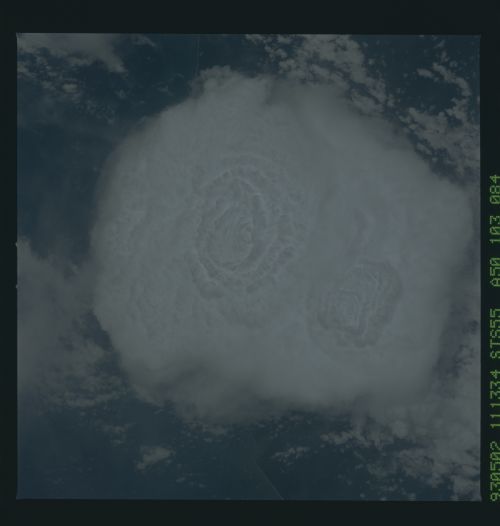 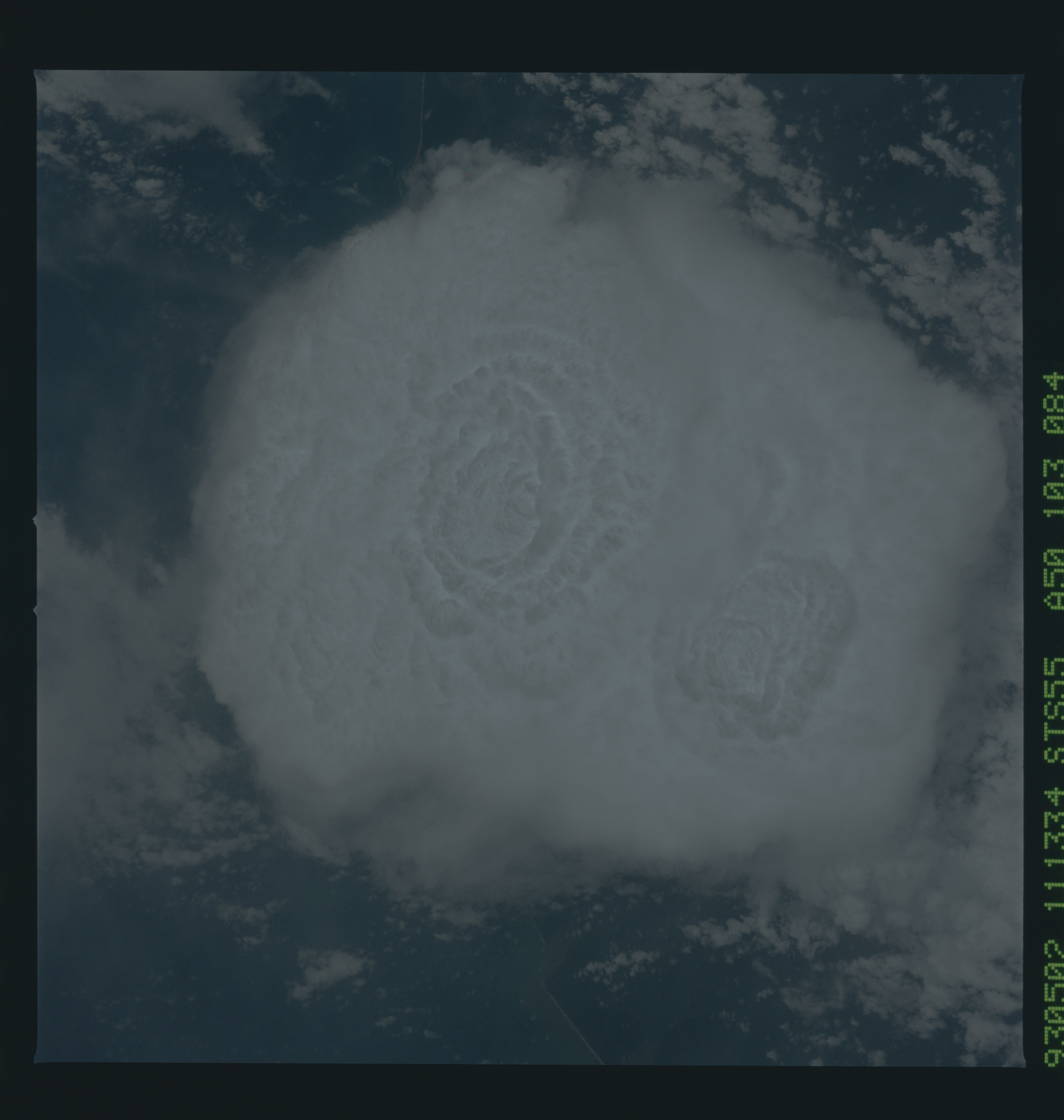 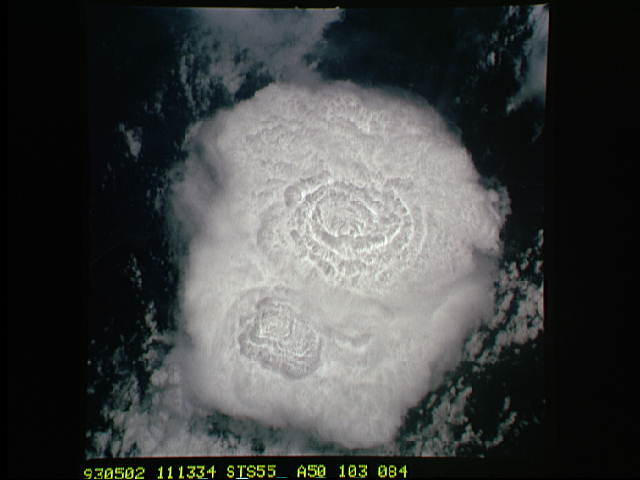 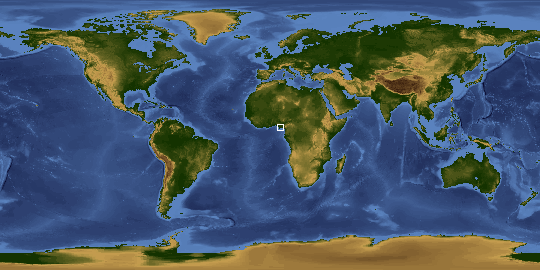 Other options available:
Download Packaged File
Download a Google Earth KML for this Image
View photo footprint information
Image Caption: Thunderstorm Over Nigeria in Space Shuttle View. This 48-km-wide thunderstorm, with tops estimated near 14 km, was photographed by the STS-55 crew over the coast of Nigeria on May 2, 1993, at 11:13:34 GMT (near noon, local time). This huge thunderstorm was in the early stages of formation, as can be seen by the intense turbulence in the cauliflower shape of the top. Looking at the thunderhead the way the crew did, north is toward the right side of the picture. The coastline bisects the photo vertically, with Nigerian land to the right and the waters of the Gulf of Guinea to the left.

STS-55 Earth observation taken aboard Columbia, Orbiter Vehicle (OV) 102, shows a 30-mile-wide thunderstorm (tops estimated near 45,000 feet). It was photographed by the STS-55 crew from an altitude of 162 nautical miles over the coast of Nigeria, 05-02-93, at 11 hours, 13 minutes, 34 seconds GMT (near noon, local time). A Meteosat view taken at almost exactly the same time allows us to pinpoint the location of the storm but does not show any of the detail evident in the Shuttle photograph. This huge thunderstorm was in the early stages of formation, as can been seen by the intense turbulence in the cauliflower shape of the top. Two major updrafts can be seen as the rose-shaped regions in the cloud tops. An easterly wave in the low levels of the atmosphere created a line of instability, which, together with an ample supply of moisture from the warm waters of the Gulf of Guinea and solar heating over the coast throughout the morning, caused this megastorm to occur. North is to the left