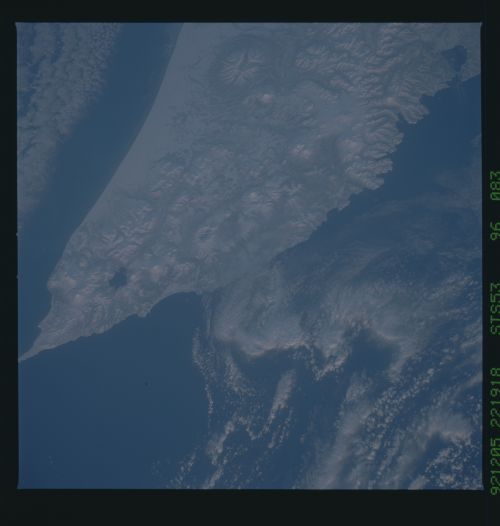 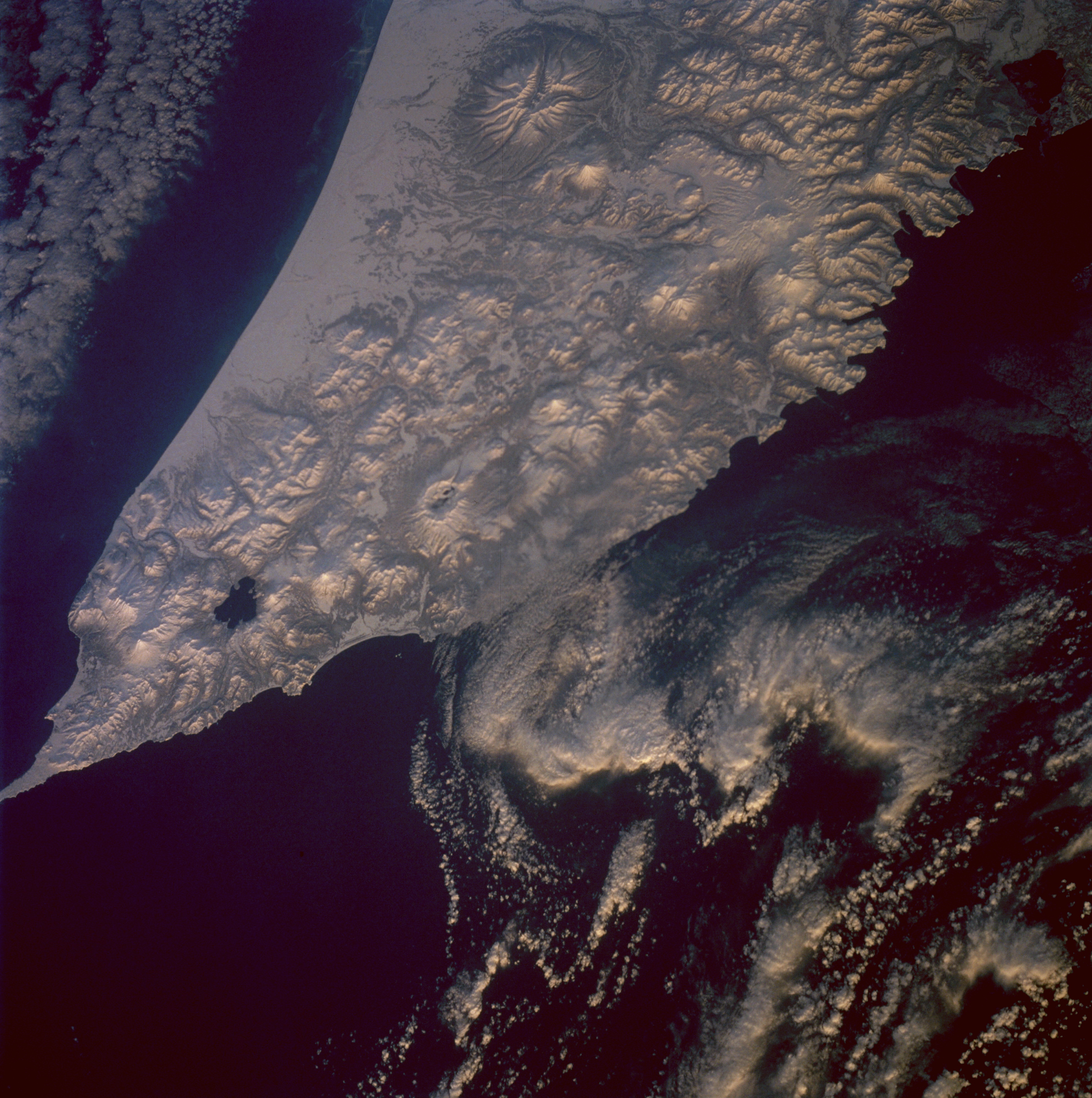 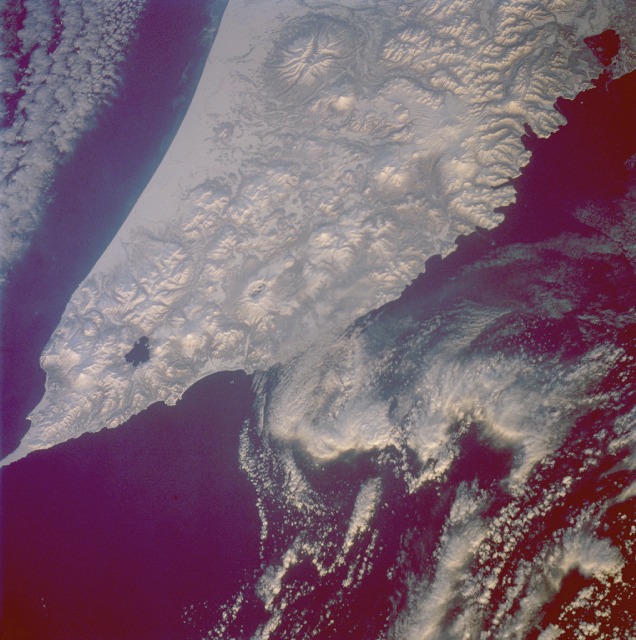 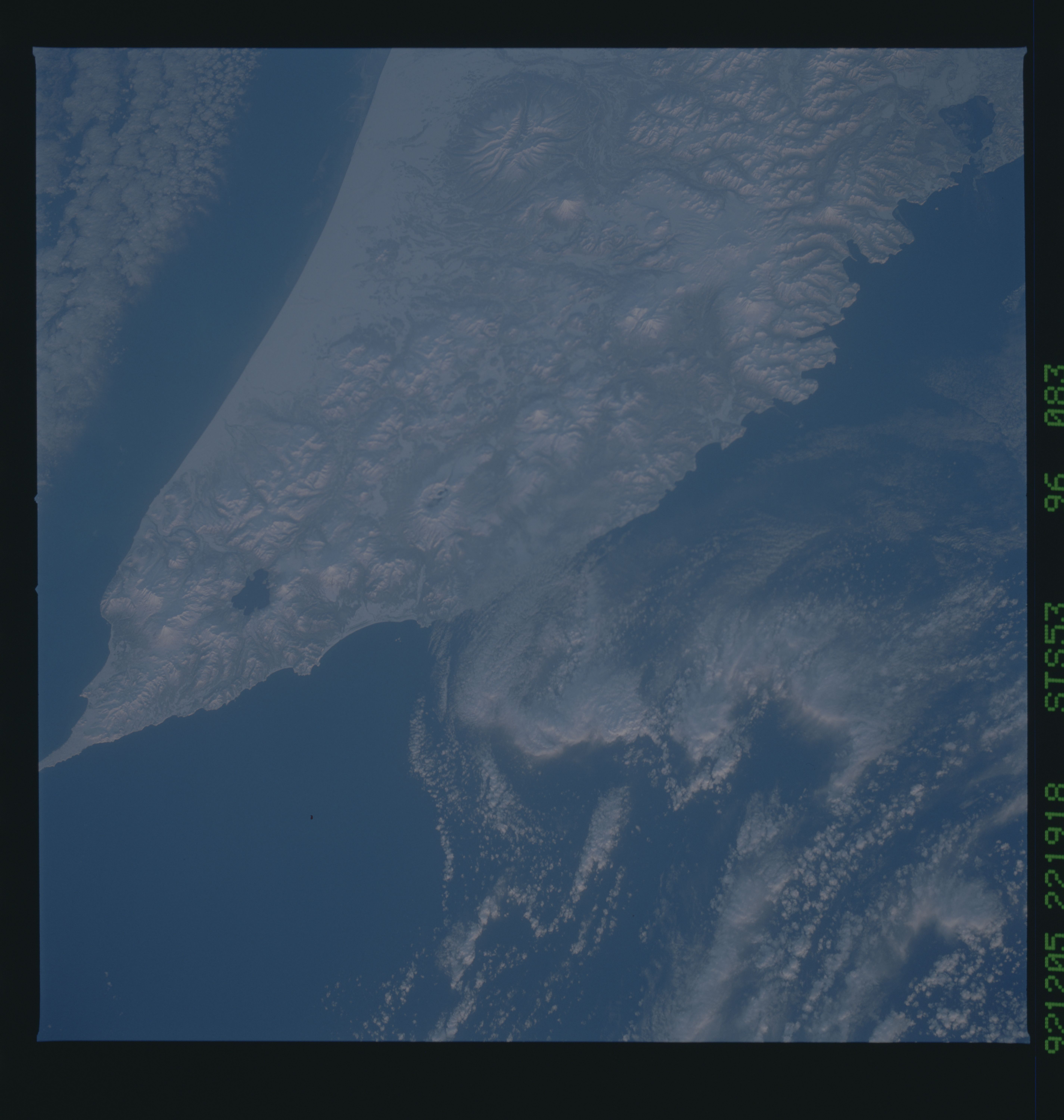 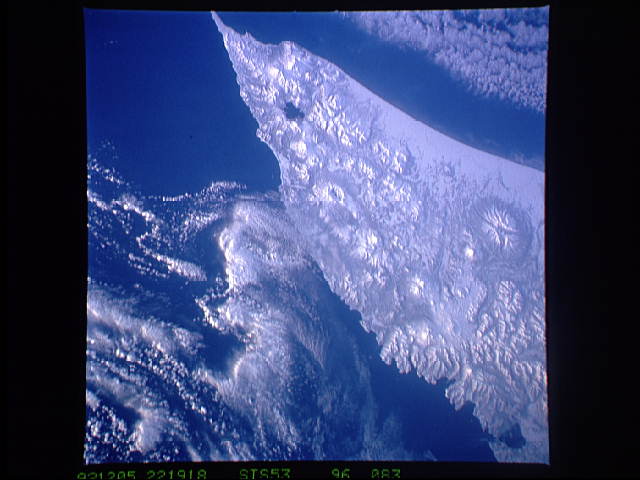 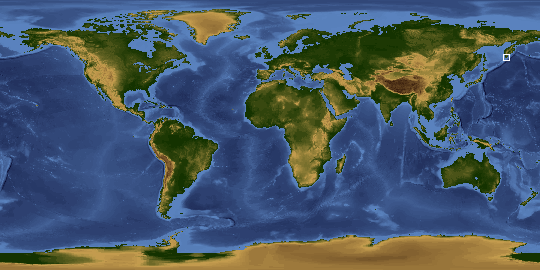 Other options available:
Download Packaged File
Download a Google Earth KML for this Image
View photo footprint information
Download a GeoTIFF for this photo
Image Caption: STS053-96-83 Volcanoes, Kamchatka Peninsula, Russia December 1992
No volcanoes appear to be active at the time this photograph was taken of the southern tip of snow-covered Kamchatka Peninsula. The snow-covered terrain actually increases the clarity of the volcanic landscape for the viewer. Except for the plains along the west coast of Kamchatka, a variety of volcanic landforms (stratovolcanoes, shield volcanoes, complex volcanoes, cinder cones, and calderas) covers almost the entire Kamchatka Peninsula. Three prominent volcanic features appear in the photograph--the massive but severely eroded volcano along the northwest side of the photograph, approximately 30 miles (50 kilometers) in diameter at its base; the lake near the southern end of Kamchatka (Kurile Lake), which is actually a water-filled caldera from an older volcano (Pauzhetka Volcano); and a large caldera (Ksudach Volcano) northeast of Lake Kurile that reveals just a small area of open water. The peaks of several of the taller stratovolcanoes in this photograph exceed 6000 feet (1800 meters) above sea level. The Kamchatka Peninsula is bounded by the Bering Sea on the east and the Sea of Okhotsk on the west.