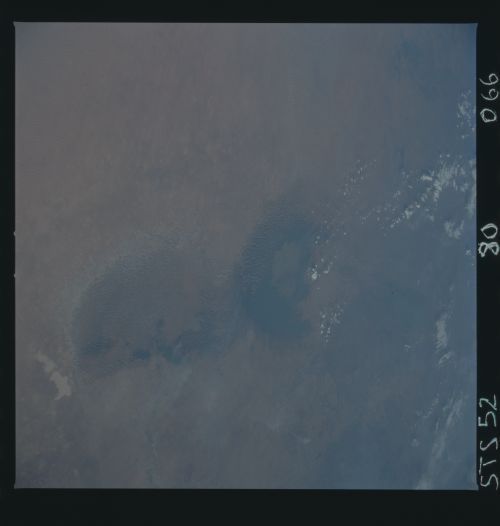 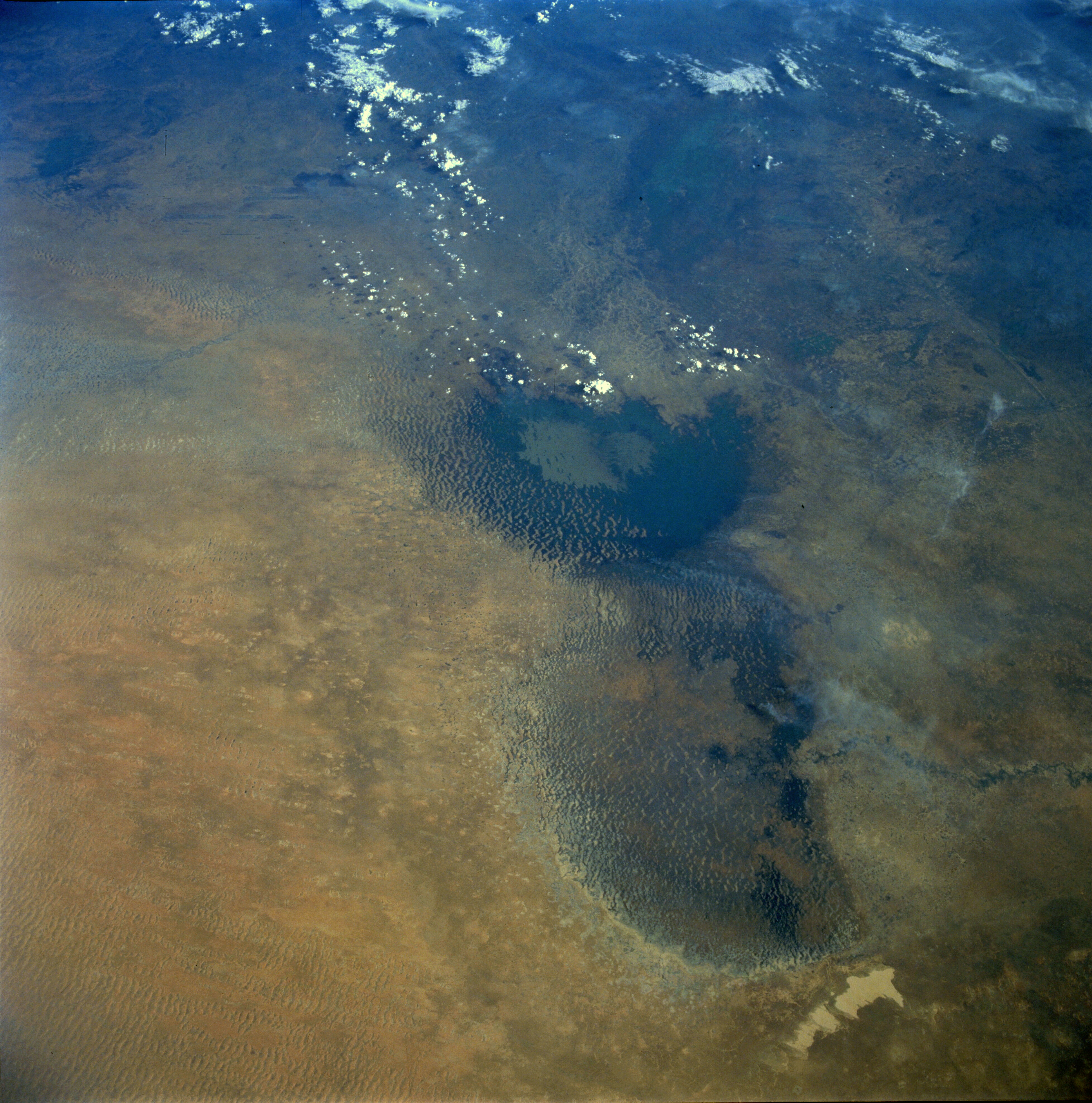 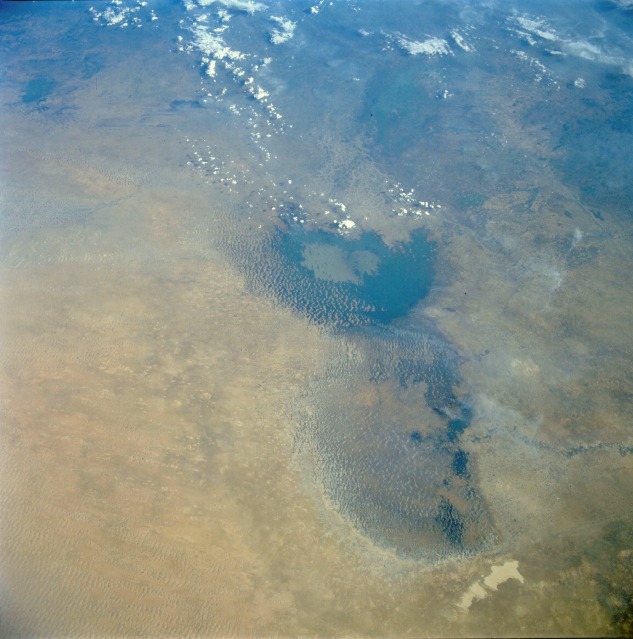 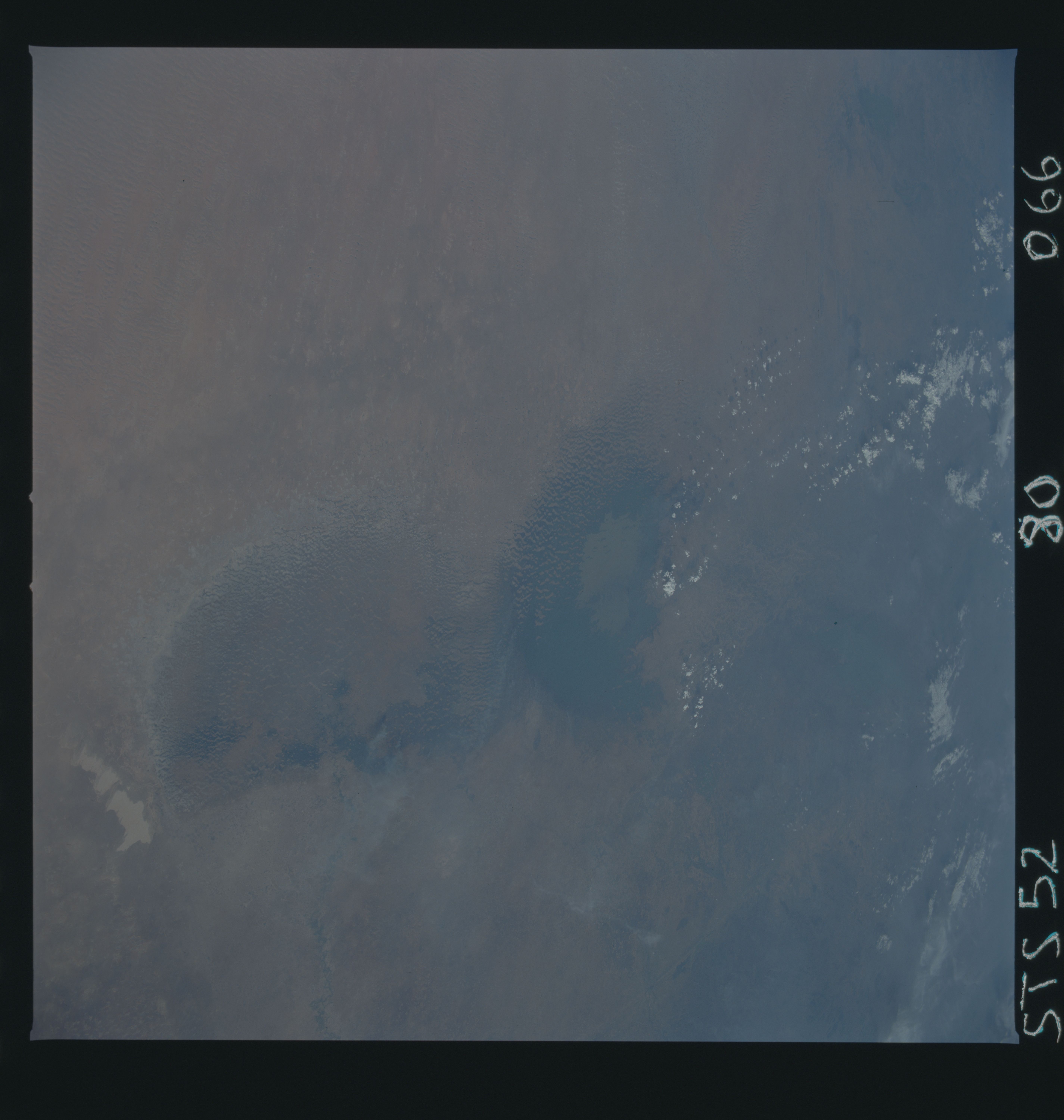 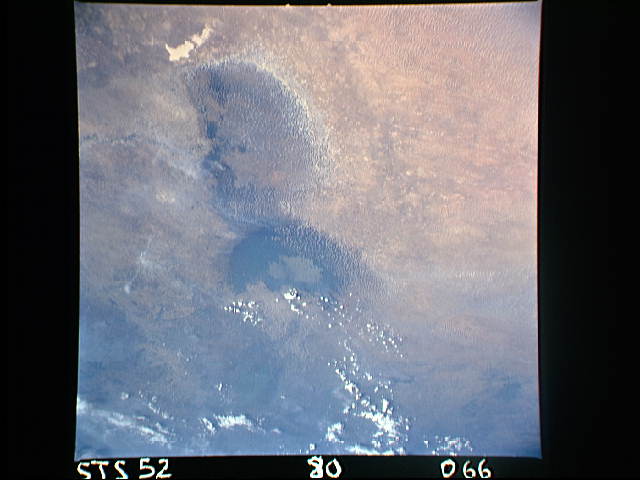 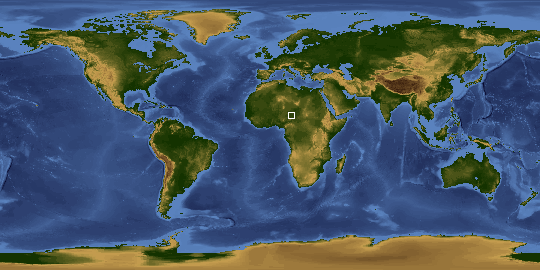 Other options available:
Download Packaged File
Download a Google Earth KML for this Image
View photo footprint information
Image Caption: STS052-080-066 Lake Chad, Africa November 1992
With standing water visible only in its southern basin, Lake Chad can be seen in this south-southeast-looking, low-oblique view. A major drought, which has been under way since 1970 with few interruptions, has plagued this and other regions of northern Africa. The northern basin, which is very vulnerable to any fluctuations in the climate, has dried and shrunk, displaying many sand dunes. The darker areas visible within the northern basin are marshland and swampland with dense scrub-type vegetation. The flow of the Komadugu Gana River into the northern basin of the lake from the west has also been reduced by the prolonged drought. In the southern basin of the lake, and especially in the eastern part of the lake, many sand dunes or islets can be seen scattered throughout. The flow of water into the southern basin from the Chari River has also been reduced by the prolonged drought. The average depth of the southern basin has been reduced to less than 15 feet (4.5 meters) compared to its average depth in 1968 of 20 feet (6 meters). To the east of Lake Chad, the sand of the Manga Desert is visible. Due to the prevailing wind, the sand is moving westward. Encroaching sand can already be seen as light-colored material moving into the eastern portions of the northern basin. (See AS7-008-1932 for a photograph that shows the condition of Lake Chad before the prolonged drought began in 1970.)