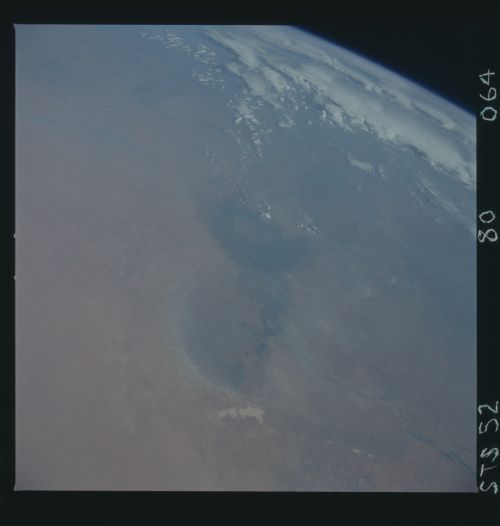 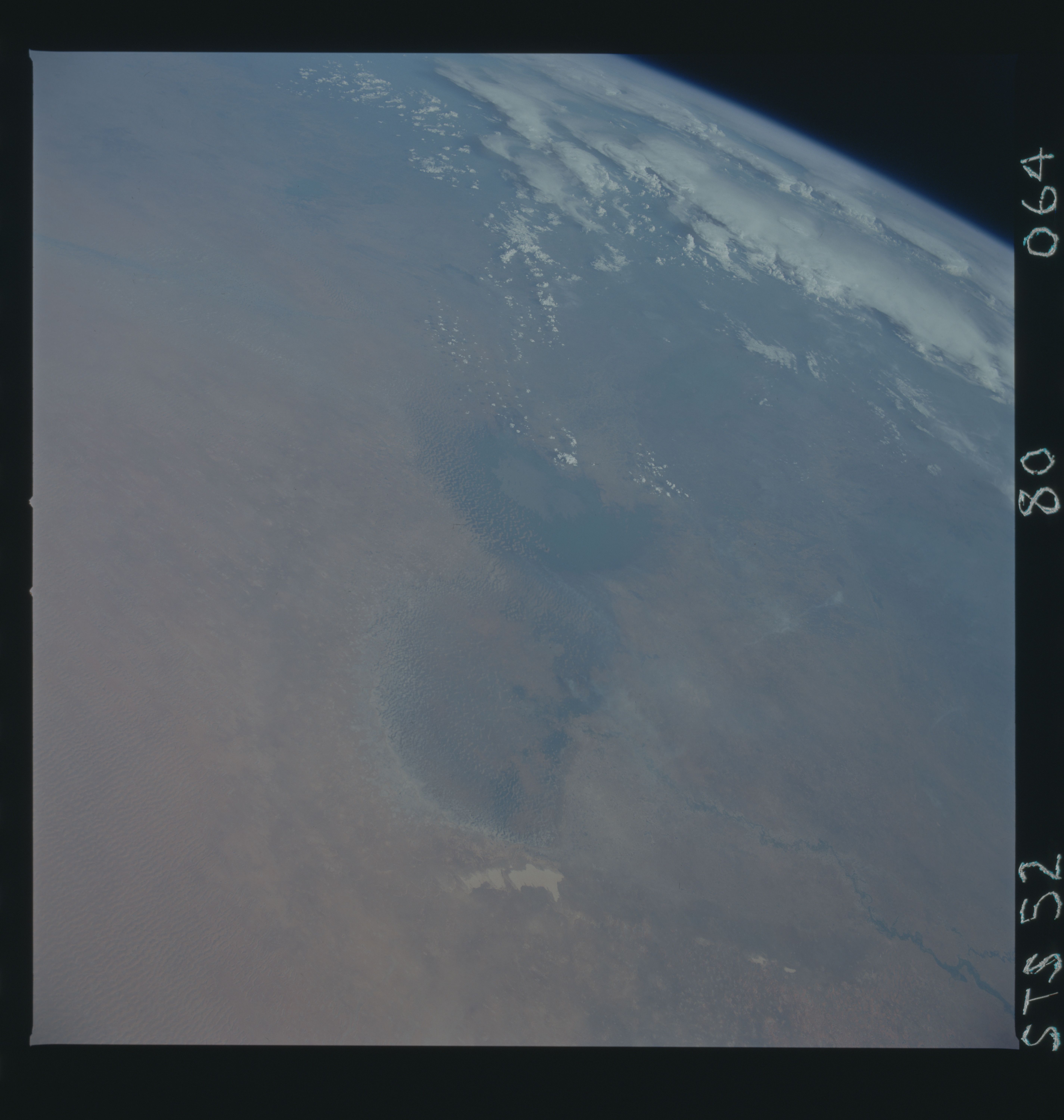 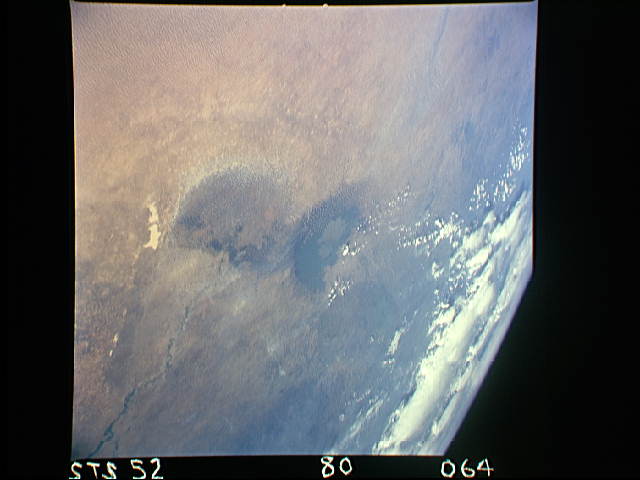 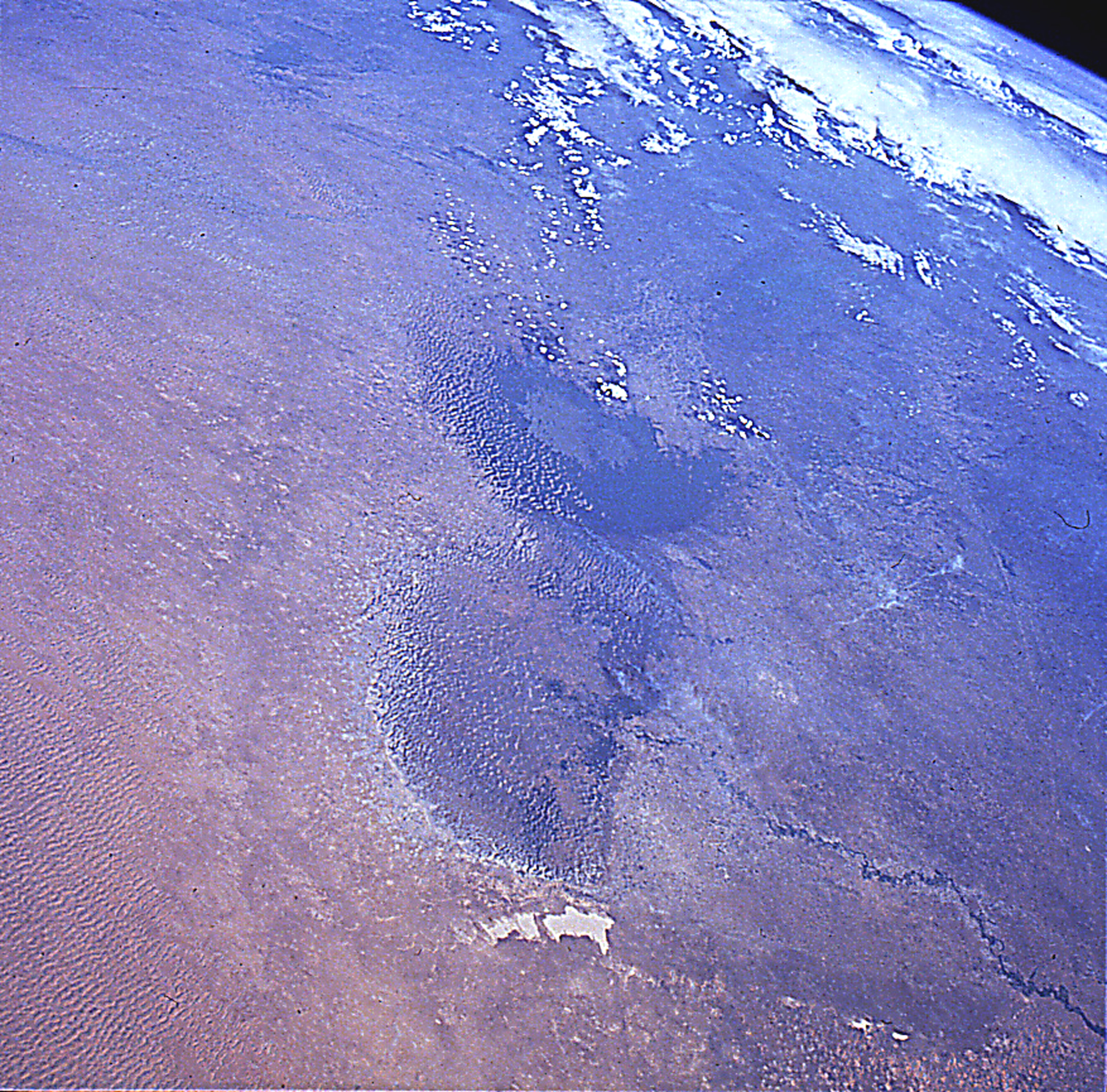 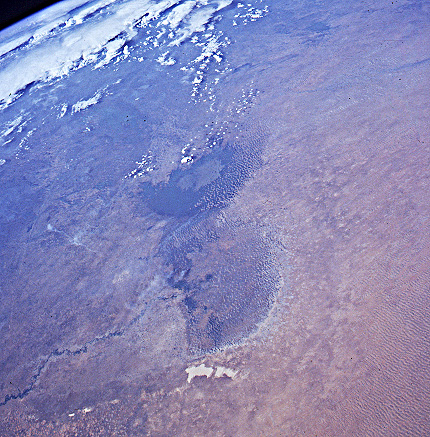 Other options available:
Download Packaged File
Download a Google Earth KML for this Image
View photo footprint information
Image Caption: Hydrologic and ecologic changes in the Lake Chad Basin are shown in this Oct 1992 photograph. In space photo documentation, Lake Chad was at its greatest area extent (25,000 sq. km.) during Gemini 9 in June 1966 (see S66-38444). Its reduction during the severe droughts from 1968 to 1974 was first noted during Skylab (1973-1974). After the drought began again in 1982, the lake reached its minimum extent (1,450 sq. km.) in Space Shuttle photographs taken in 1984 and 1985. In this STS-52 photograph, Lake Chad has begun to recover. The area of the open water and interdunal impoundments in the southern basin (the Chari River Basin) is estimated to be 1,900 to 2100 sq. km. Note the green vegetation in the valley of the K'Yobe flow has wetted the northern lake basin for the first time in several years. There is evidence of biomass burning south of the K'Yobe Delta and in the vegetated interdunal areas near the dike in the center of the lake. Also note the dark "Green Line" of the Sahel (the g