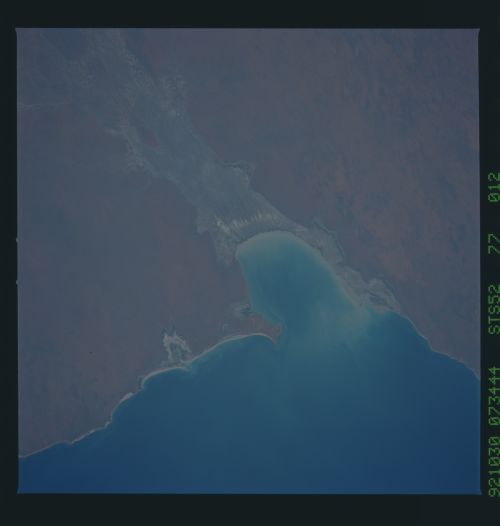 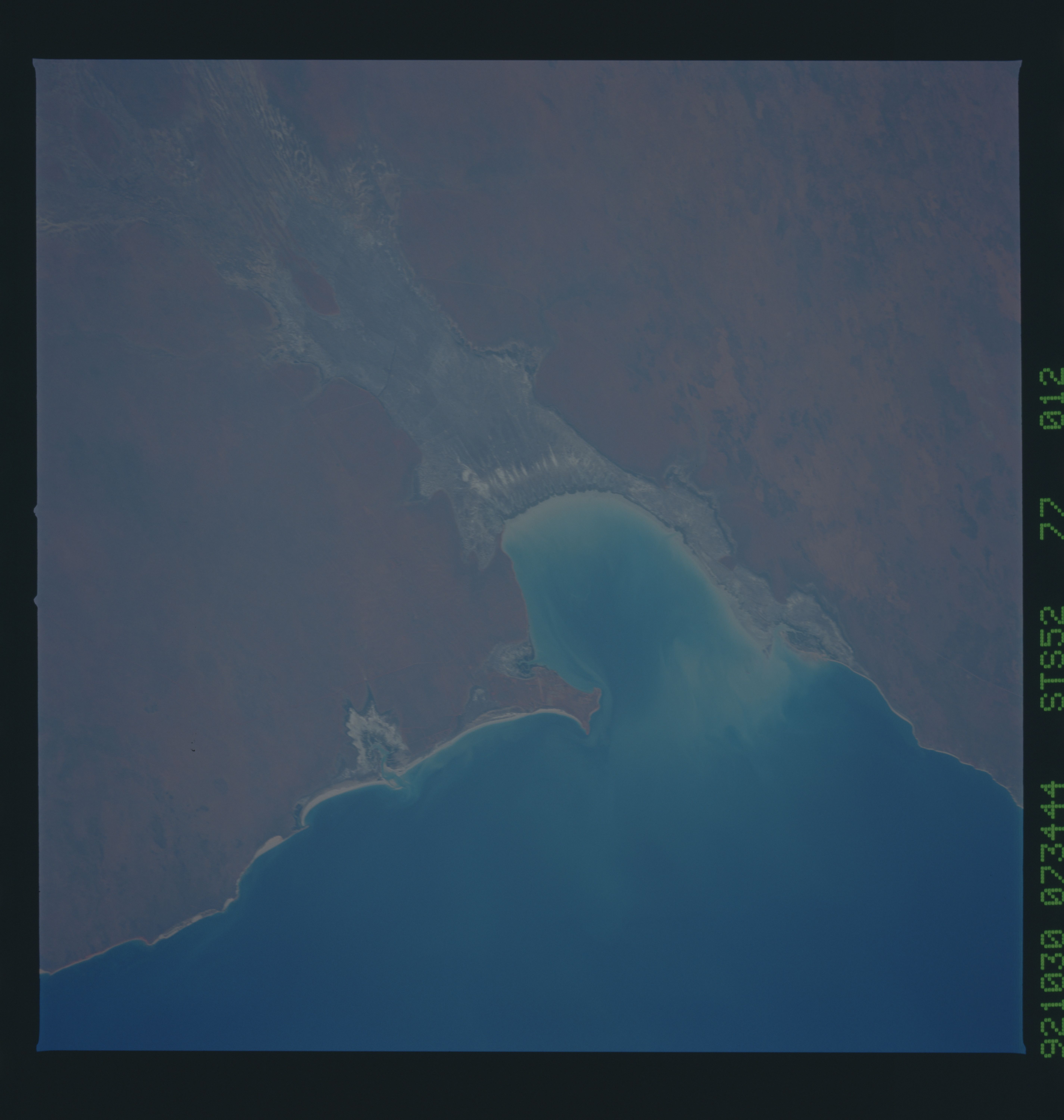 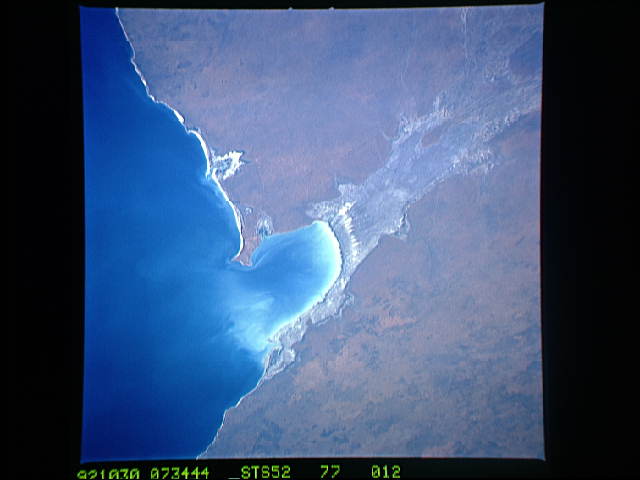 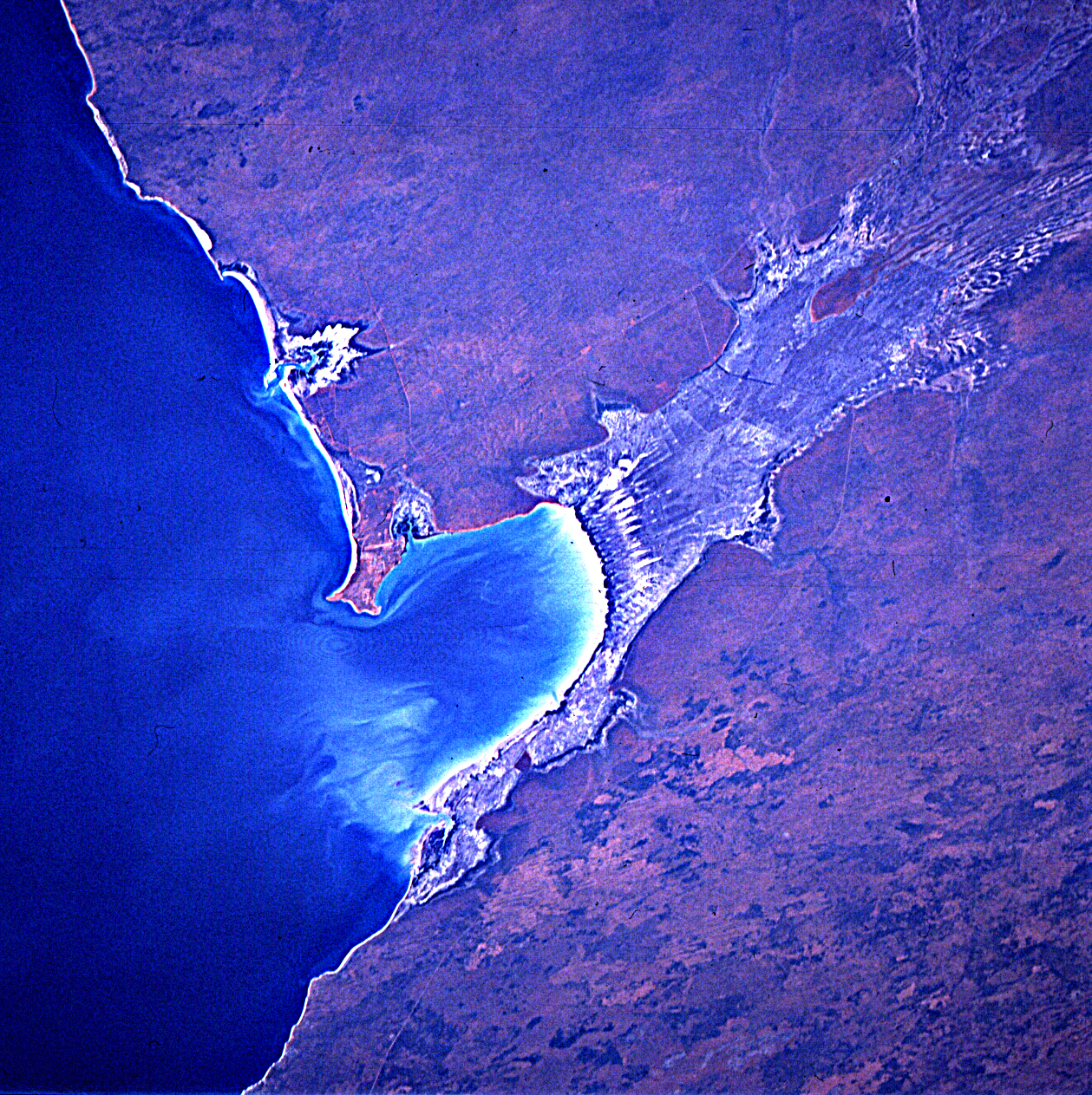 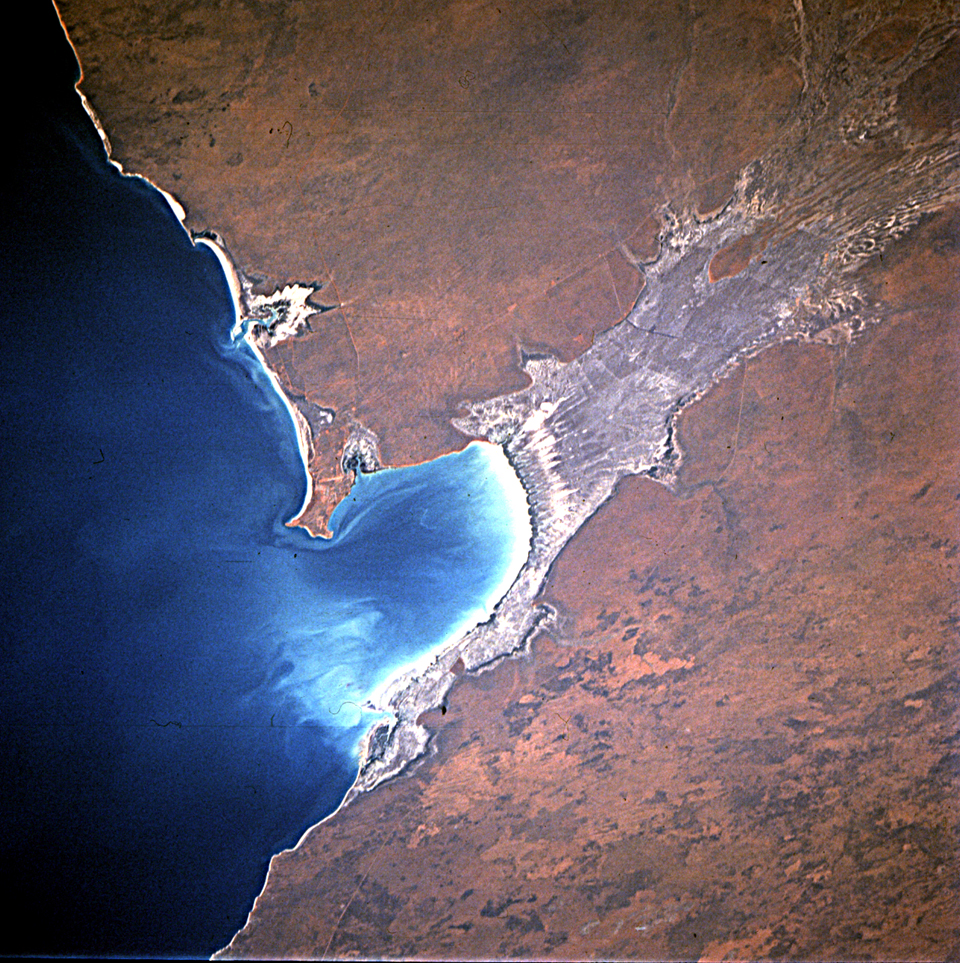 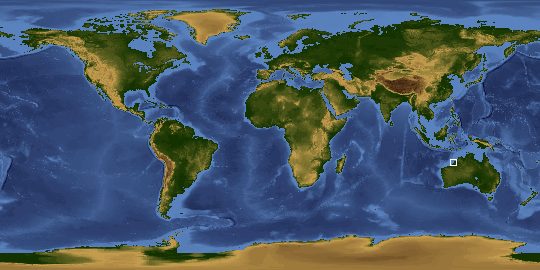 Roebuck Bay (18.0S, 122.0E) is a prominent bay on the arid northwest coast of Western Australia and the town of Broome is one of the few prominent towns along this very sparsley settled coast. The large gray area extending back from the shoreline of the bay is the Roebuck Plains slowly being filled with sediment by local streams draining the Great Sandy Desert. The irregular bare patches on the desert to the south are burn scars from brush fires.