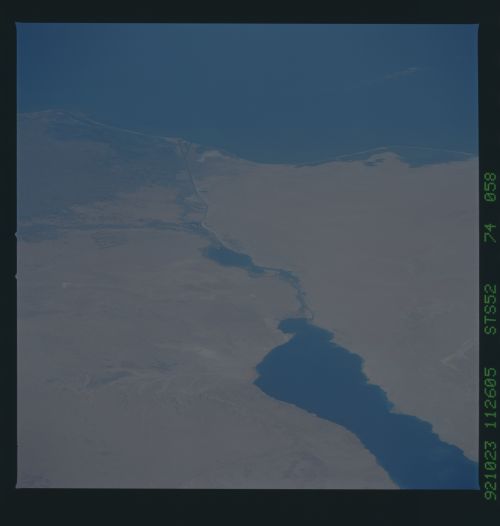 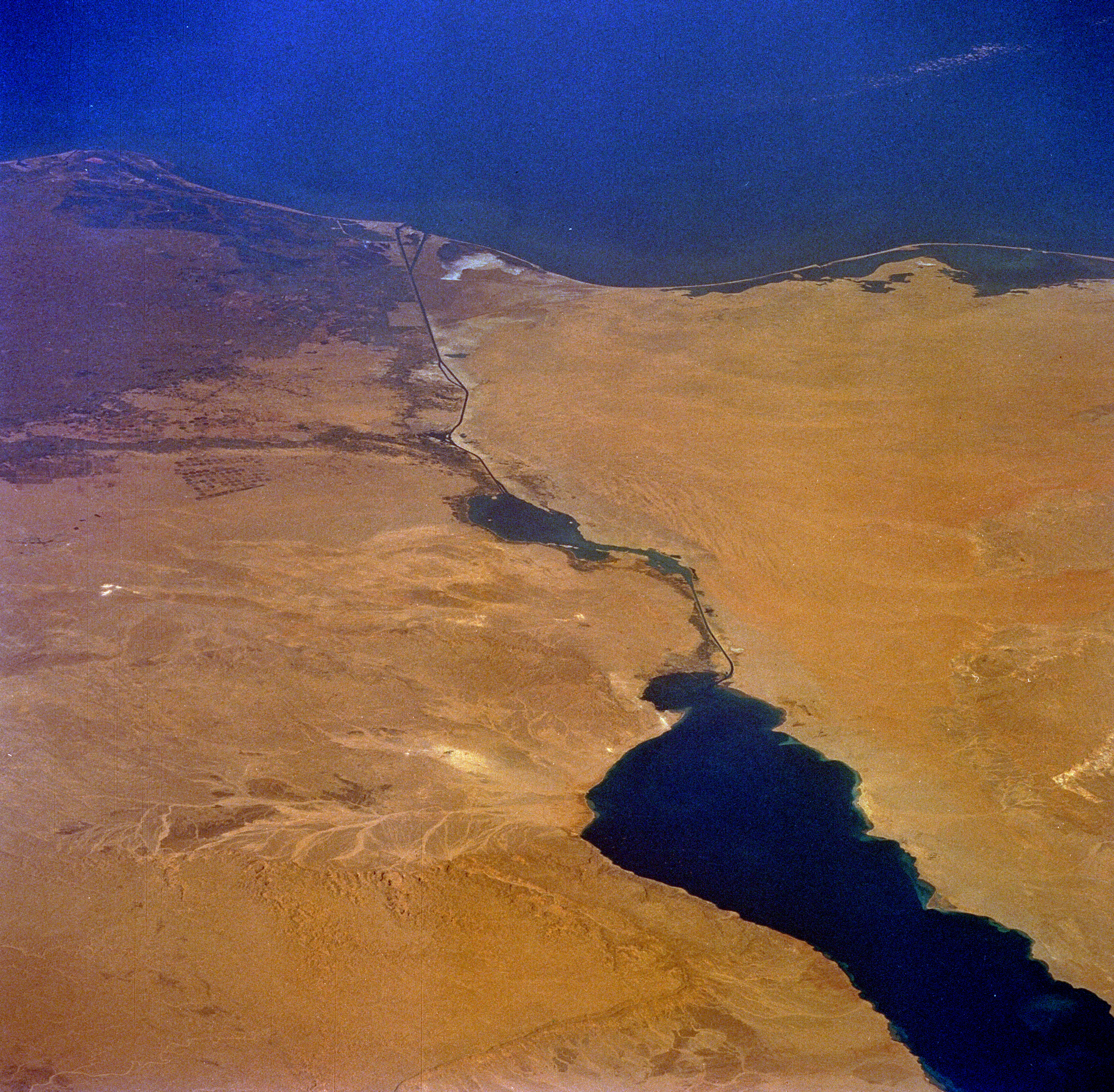 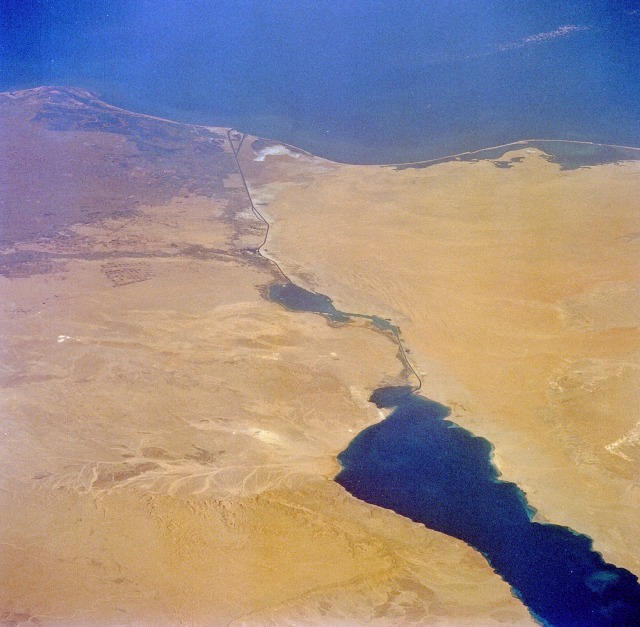 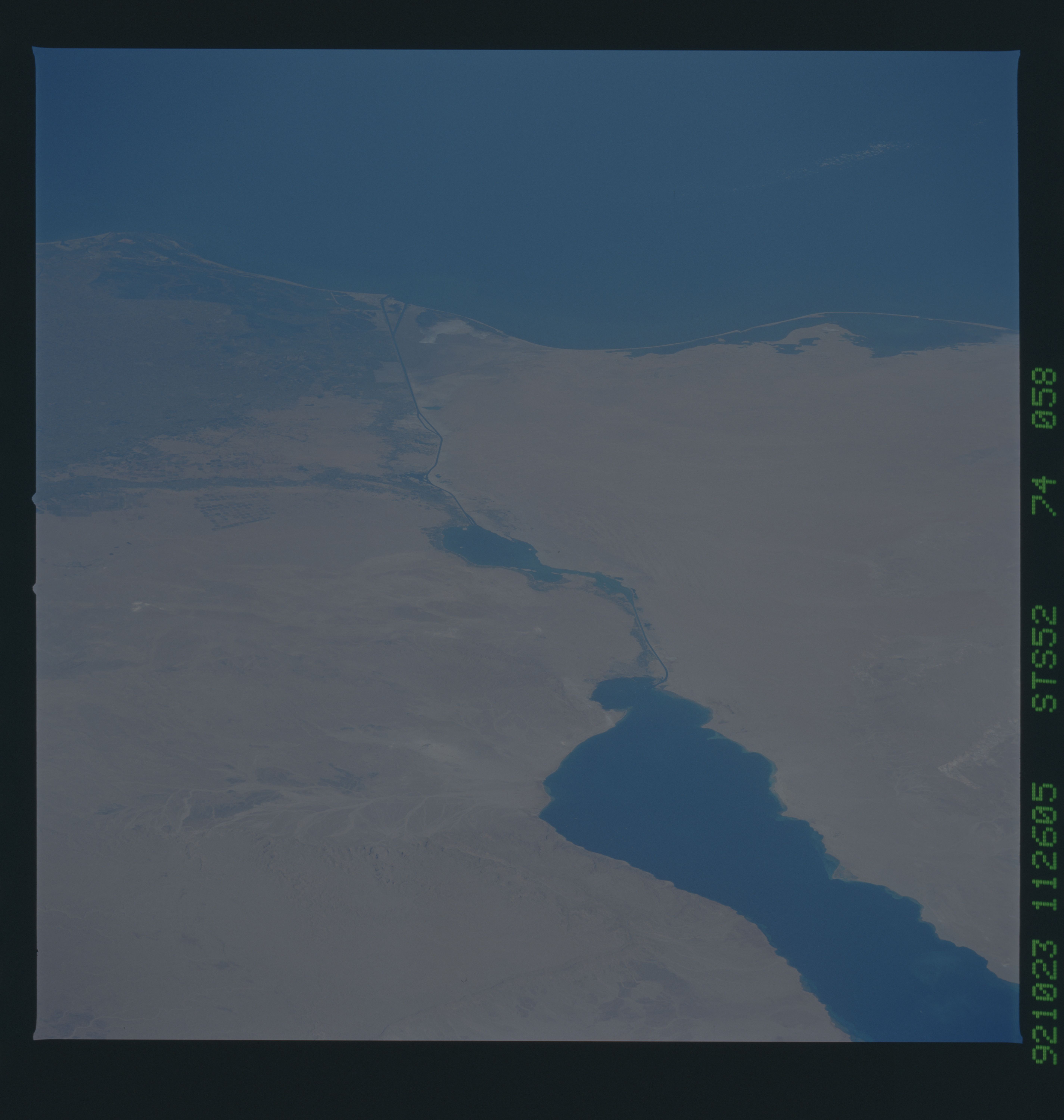 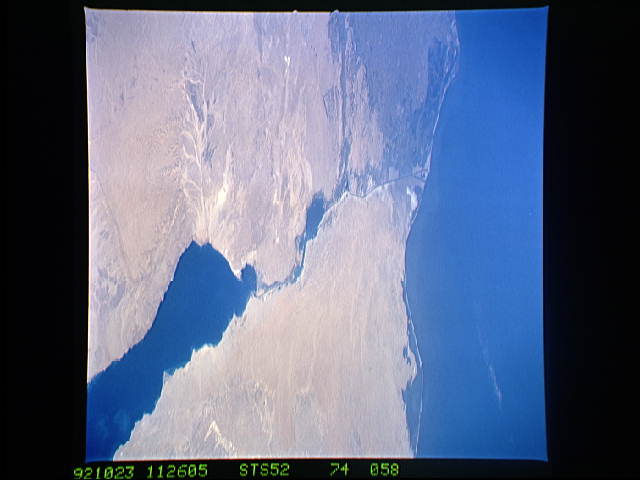 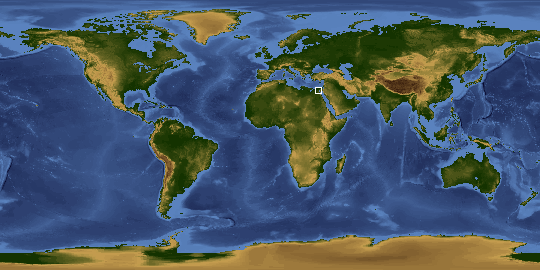 Other options available:
Download Packaged File
Download a Google Earth KML for this Image
View photo footprint information
Image Caption: STS052-074-058 Suez Canal, Egypt October 1992
The entire length of Egypt's Suez Canal (dark north-south line) is visible in this low-oblique, northeast-looking photograph. Extending from the port city of Suez in the south to Port Said in the north, a distance of approximately 100 miles (160 kilometers), the canal connects the Red Sea with the eastern Mediterranean Sea. The minimum width of the canal is 179 feet (55 meters), and the minimum depth of the channel is 40 feet (12 meters). Ships entering the canal from the south pass through the Gulf of Suez, Little Bitter Lake, Great Bitter Lake, and into the main body of the canal. The sandy desert of the northwest Sinai Peninsula occupies the territory east of the canal, and the large dark area west of the canal is the eastern extent of the Nile River Delta. The dendrite drainage feature along the northwest side of the Gulf of Suez is Khafuri Wadi. The narrow swath of green extending east-west on the west side of the canal is a strip of irrigated farmland that borders the Ismailia Canal, which connects Cairo with the Suez Canal at the city of Ismailia. Many center-pivot irrigation field patterns are visible in a roughly rectangular area south of the Ismailia Canal.