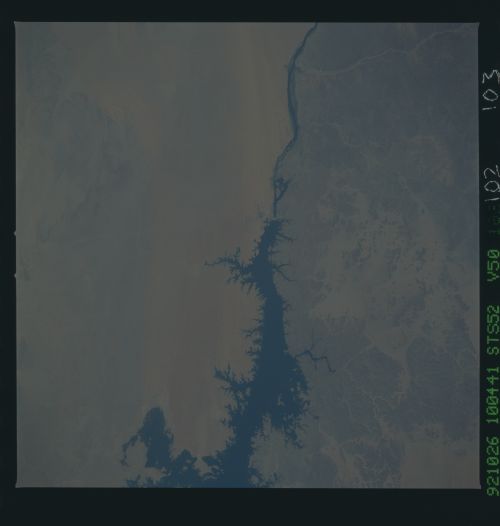 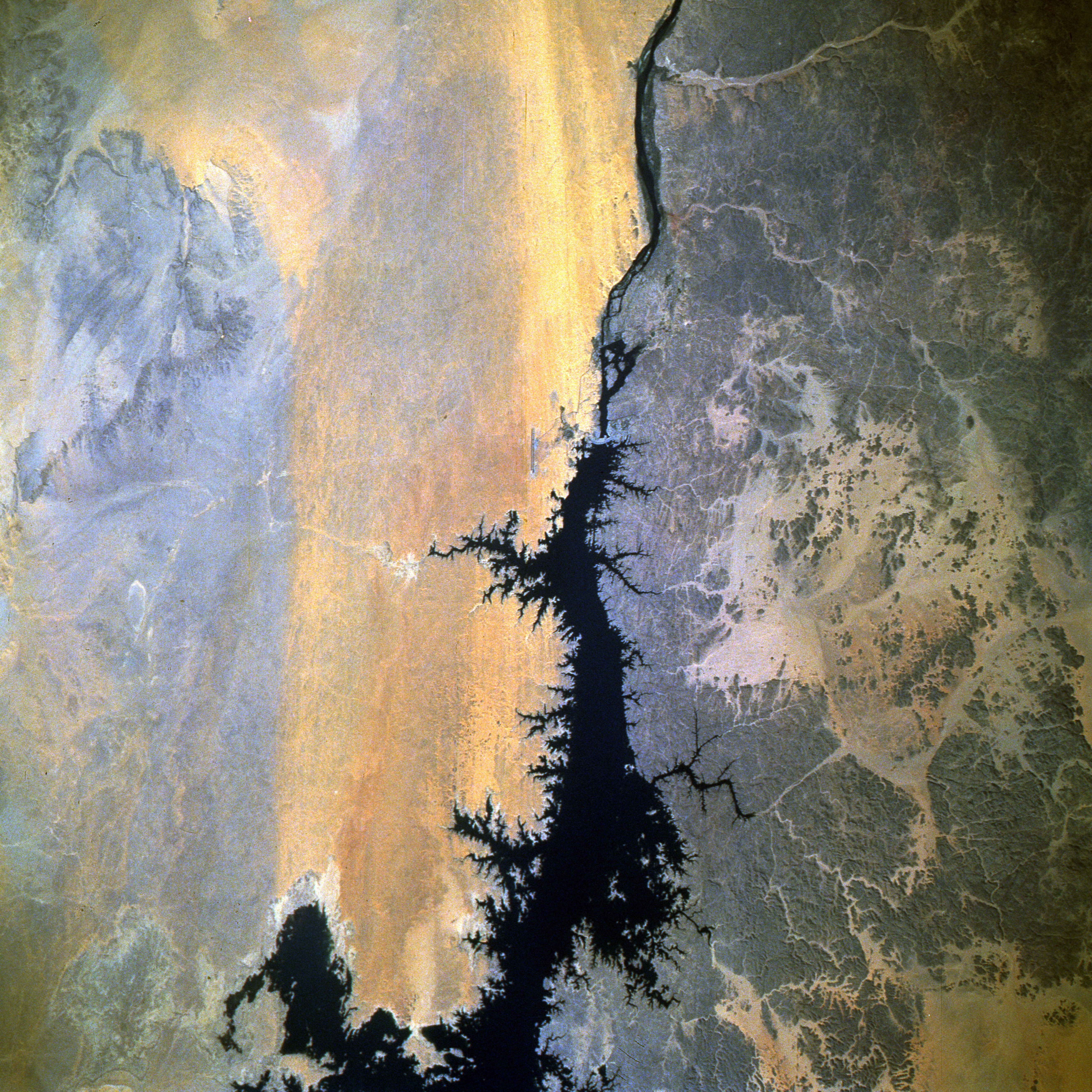 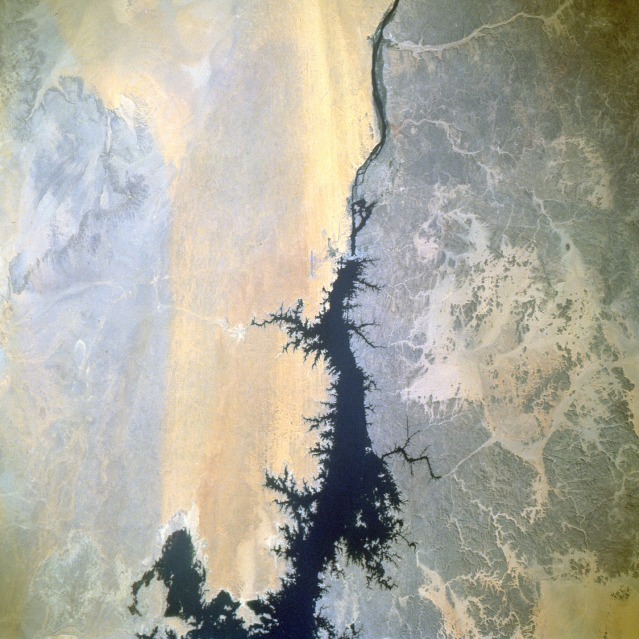 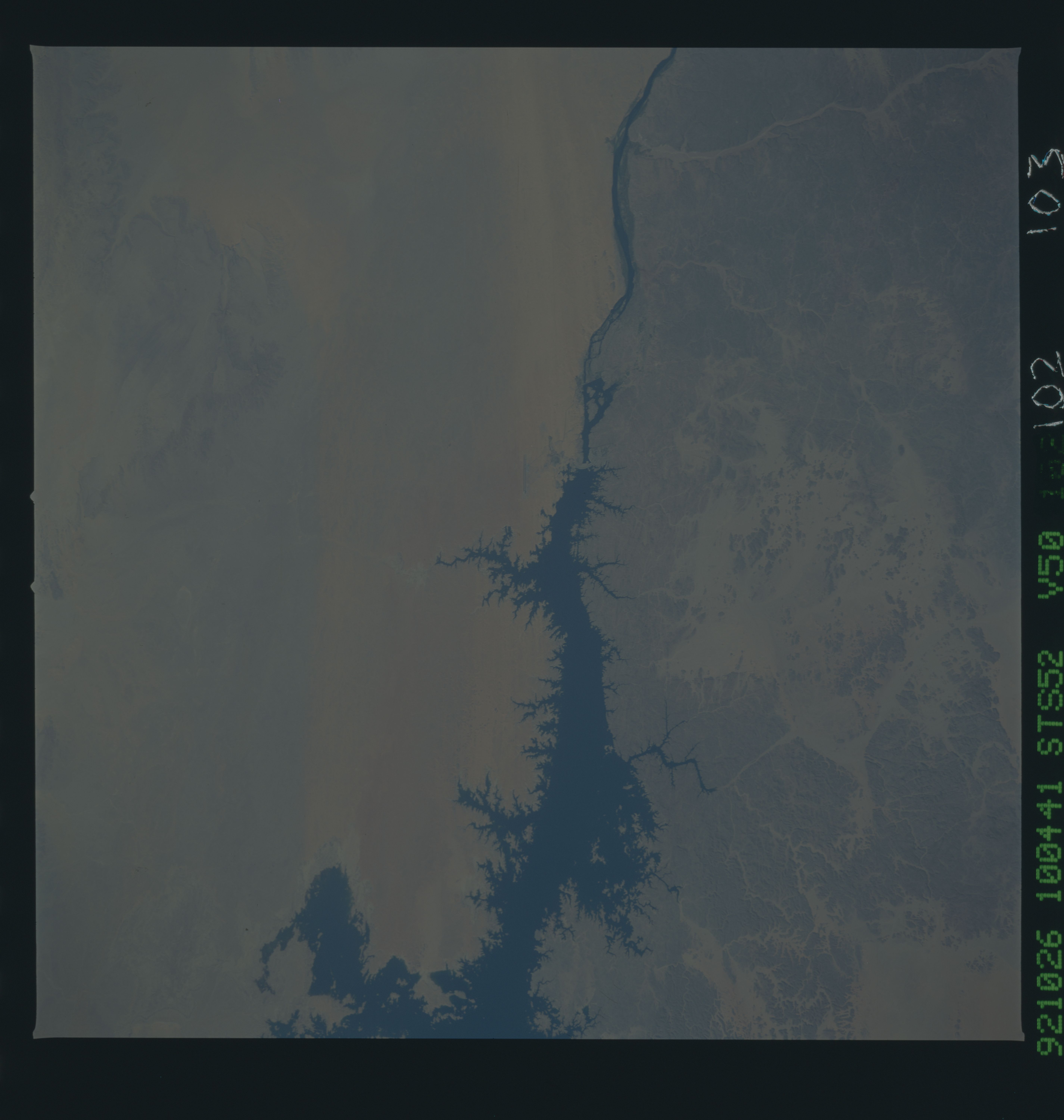 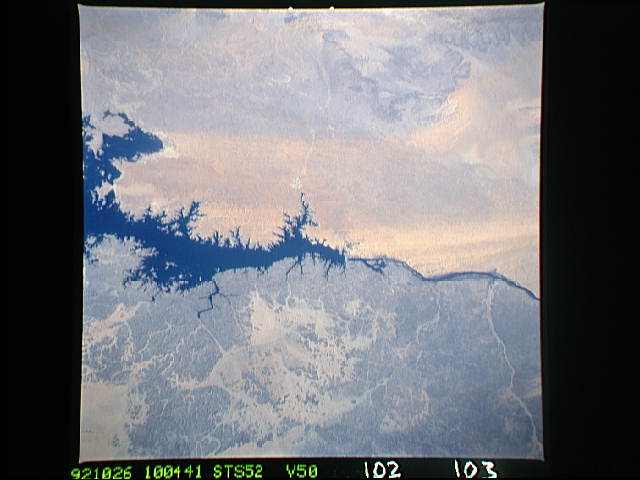 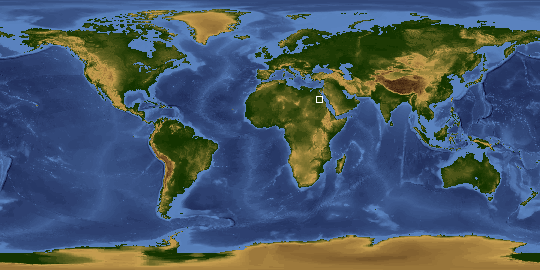 Other options available:
Download Packaged File
Download a Google Earth KML for this Image
View photo footprint information
Download a GeoTIFF for this photo
Image Caption: STS052-102-103 Aswan High Dam, Egypt October 1992
The Aswan High Dam, which was dedicated in 1971, impounded the water of the Nile River and created Lake Nasser, one of the world's largest artificial lakes, which extends into northern Sudan. The dam provides major benefits to Egypt--flood control for the Nile River; increased irrigable land area; and much needed hydroelectric power (about 40 percent of the country's electricity). The dam has also created a problem--the amount of silt that formerly replenished the cultivated farmlands downstream is no longer carried to the lower reaches of the Nile River and delta. The differences in general topography and surface composition on either side of the Nile River are apparent. The west bank of the river in this hot, desert climate appears to be more sandy with a few low escarpments and hills; whereas, the east bank has a more rugged appearance with rock outcrops, escarpments, and several well-entrenched, intermittently flowing stream channels (wadis). An airport runway is immediately west of the dam.

Lake Nasser, (24.0N, 33.0E) at the Aswan High Dam on the Nile River, in Egypt is the world's second largest artificial lake, extending 500 km, in length and about 5000 sq. km. in area. The lake has a storage capacity sufficient to irrigate farms in Egypt and Sudan year round allowing up to three harvests per year. Other benefits include year round river navagation, hydroelectric power, more fish harvests, reduced flooding and more industrial employment. opportunites.