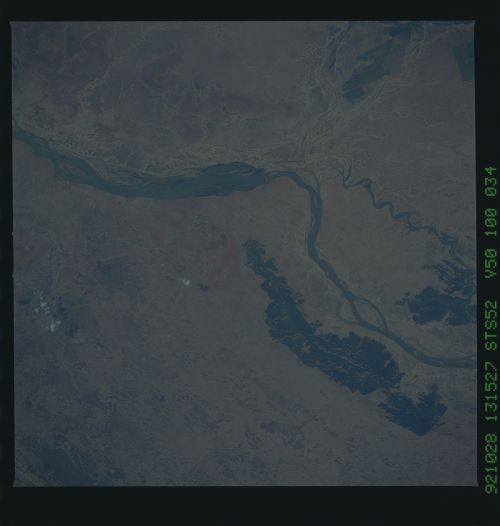 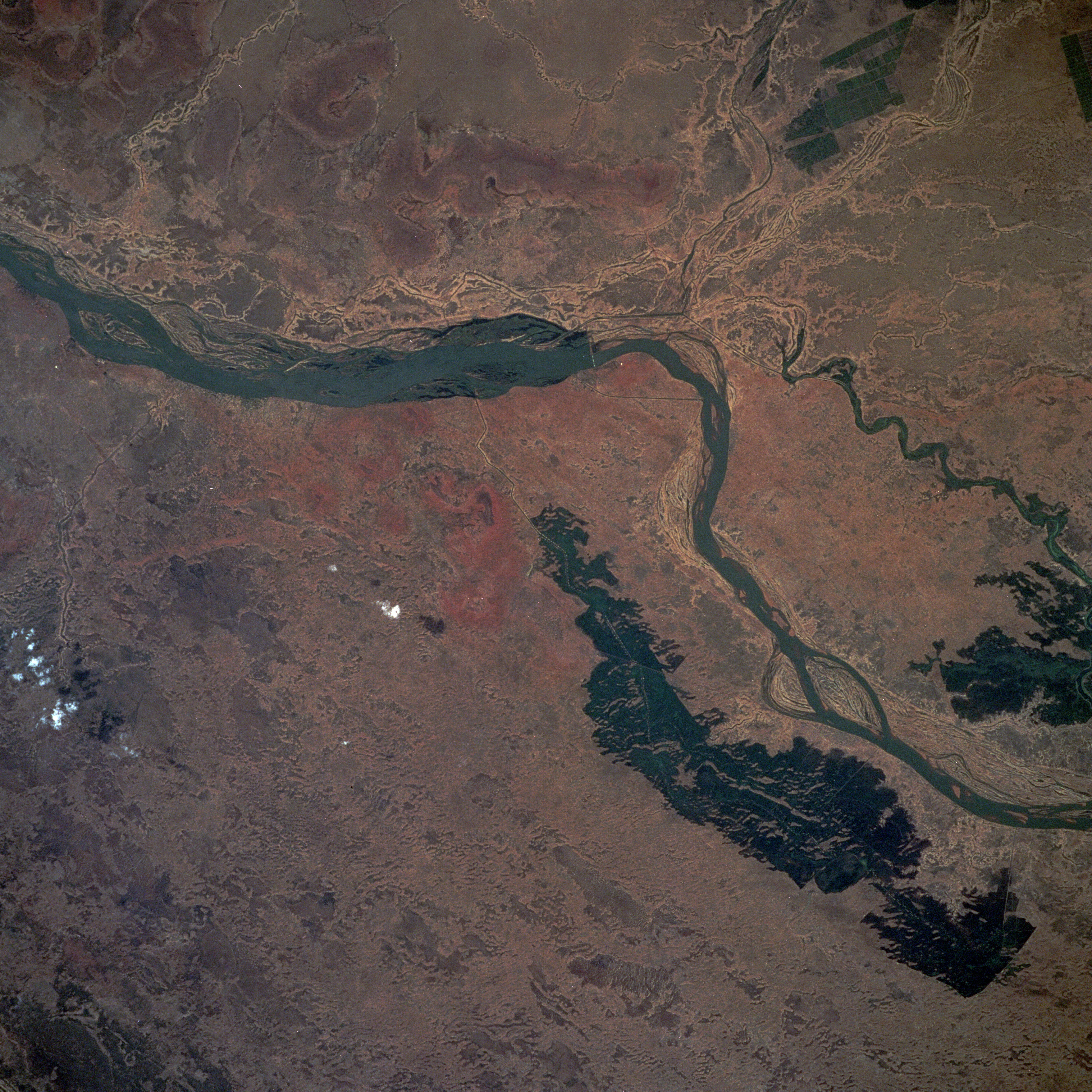 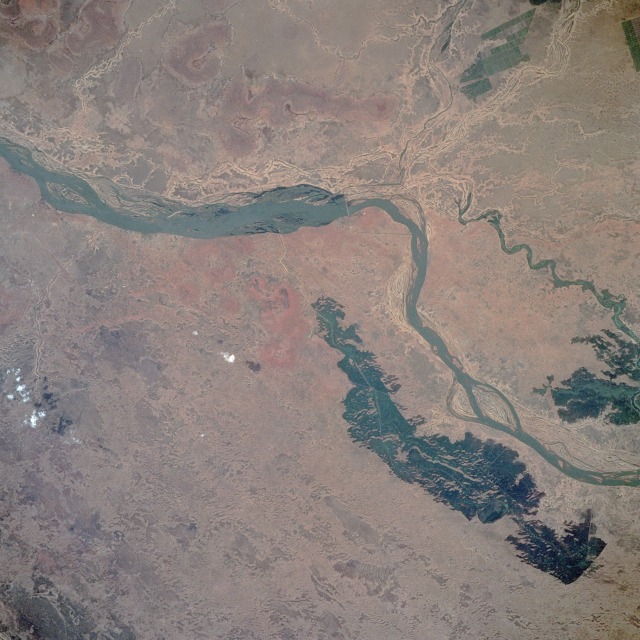 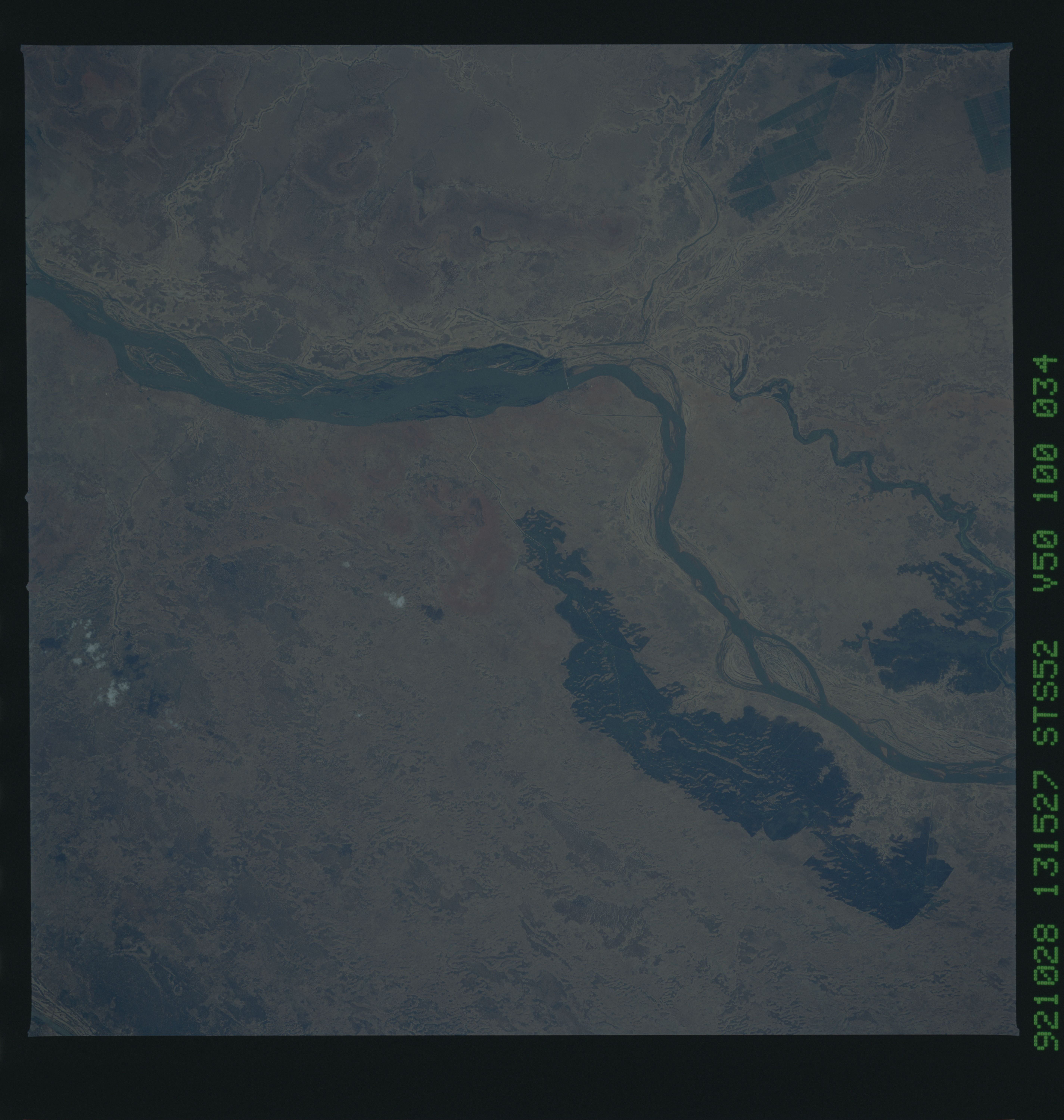 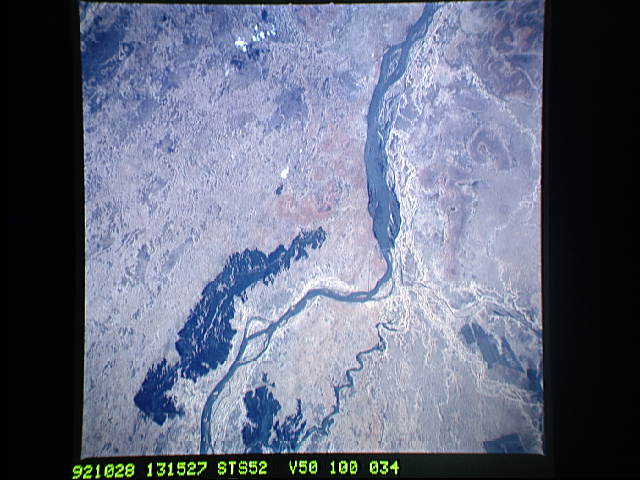 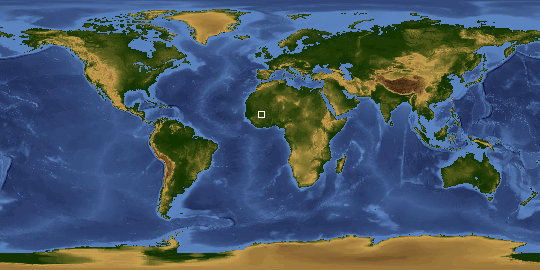 Other options available:
Download Packaged File
Download a Google Earth KML for this Image
View photo footprint information
Download a GeoTIFF for this photo
Image Caption: STS052-100-034 Niger River, Mali October 1992
The semiarid, steppe grasslands of central Mali shown in this photograph lie on the southwestern fringe of the inland delta of the Niger River. The small city of Markala is located southeast of the single bridge that spans the northeasterly-flowing Niger. Most of the narrow linear features, which are visible on both the north and south sides of the main river channel, are irrigation ditches. Large dark areas south of the river are irrigated agricultural fields. Large irrigated field patterns are also visible north of the Niger River along the Fala River. This part of Mali is in the center of the Sahel, a transition zone where overgrazing is changing the appearance of the landscape. The area is an environmentally sensitive region where, because of fluctuations and decreasing amounts of rainfall, the grasslands can quickly become a true desert with virtually no vegetation--a process known as desertification. The annual range of precipitation fluctuates between 12 and 20 inches (30 and 50 centimeters).