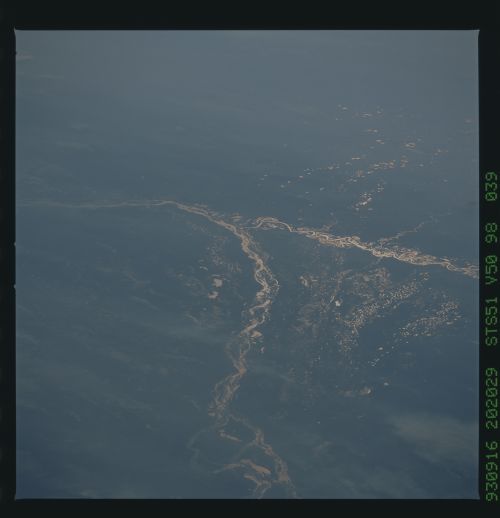 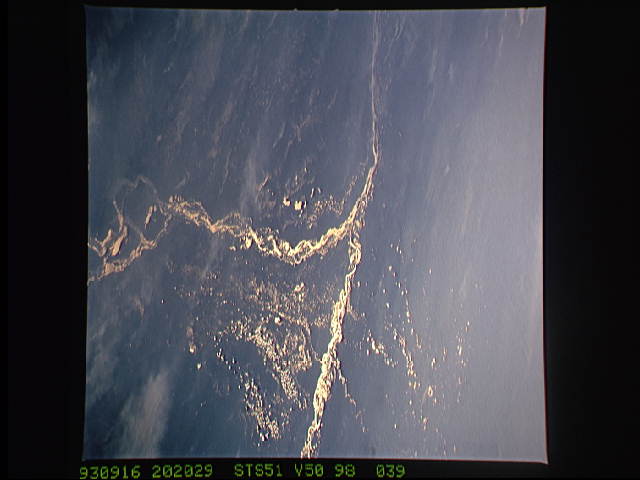 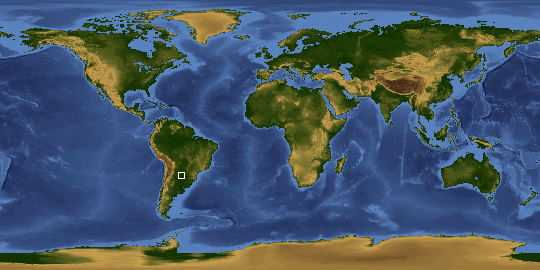 Other options available:
Download Packaged File
Download a Google Earth KML for this Image
View photo footprint information
Image Caption: In this photo, north is roughly toward the bottom and the view direction (toward the right side) is roughly west. When the photo is viewed the way it was taken (with west to the top), the second largest river in South America, the Parana, enters from the bottom of the view. Its major tributary, the Paraguay River, enters from the right side of the view. The combined rivers flow southwards (left) hundreds of miles to Buenos Aires and serves as a major transportation artery for countries in this part of South America. The rivers provide the boundaries between Paraguay (bottom right) and Argentina (top and left). This photograph shows a landscape dominated by plains built by rivers and the sediments of rivers. Lines of lakes in southern Paraguay represent ancient, disused courses of the Parana River. These lakes are difficult to discern except in the specific geometry of this photograph, where the sunlight is reflected off the water surface. The lighter linear zones in the bottom left qua