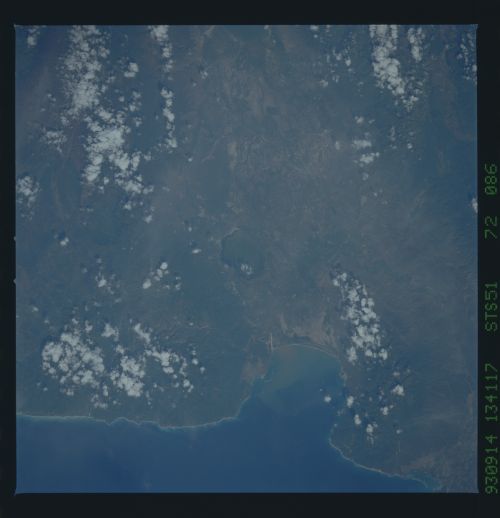 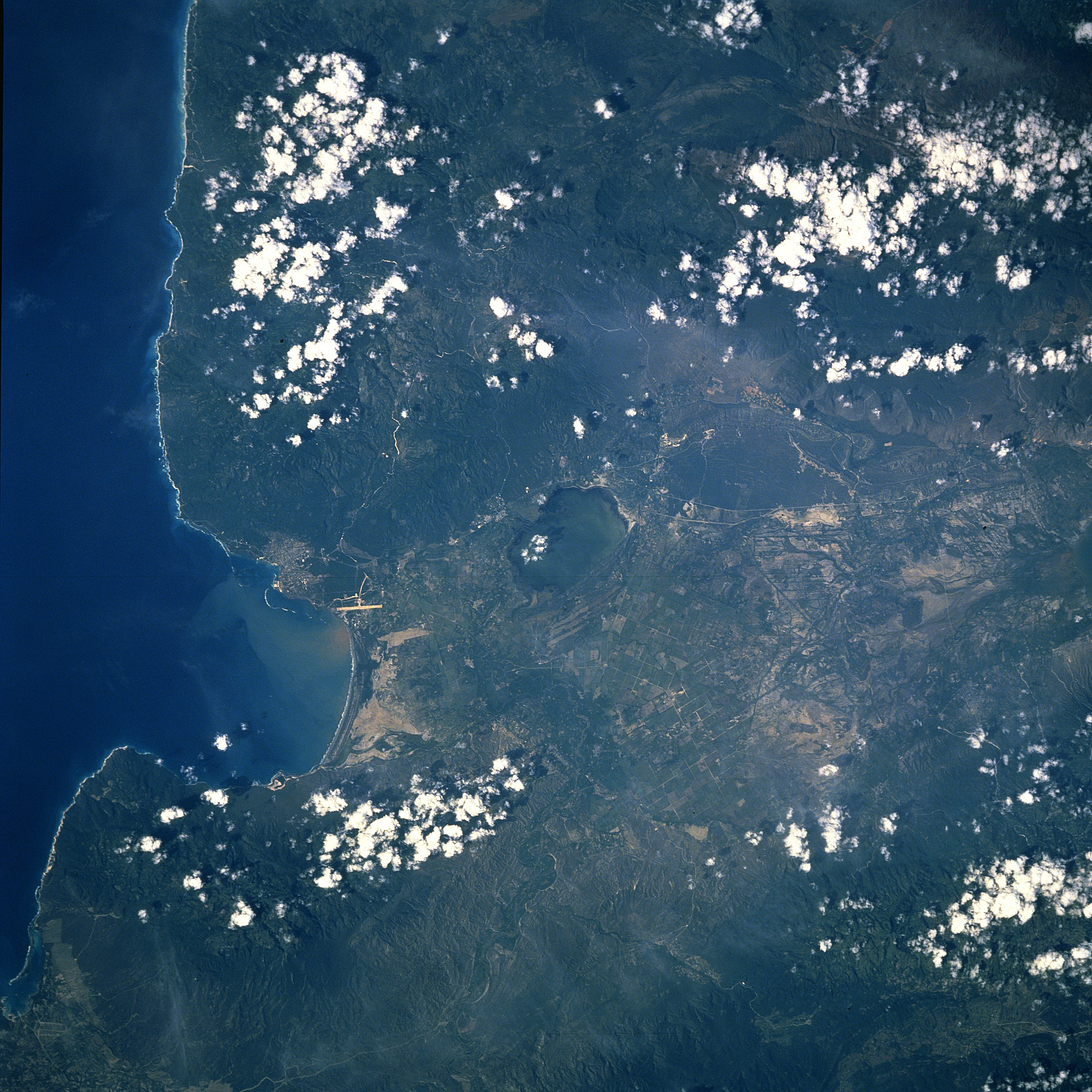 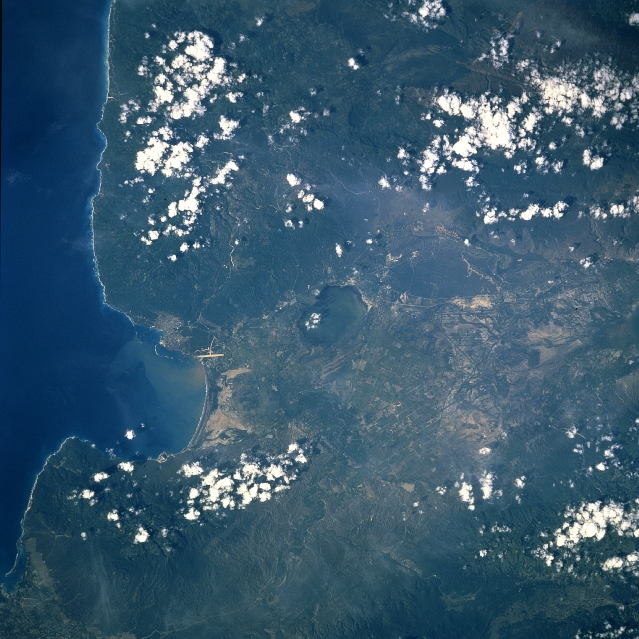 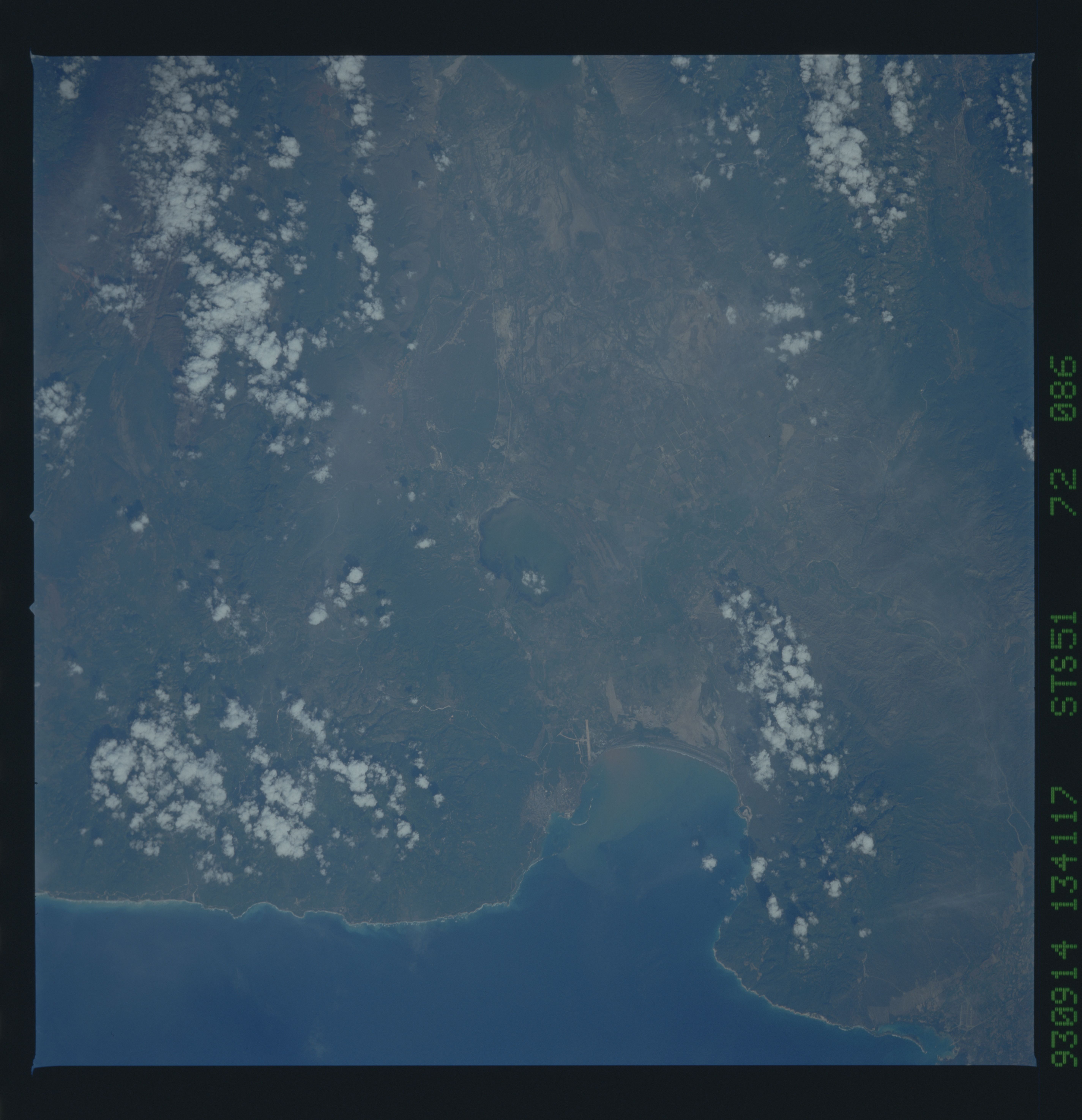 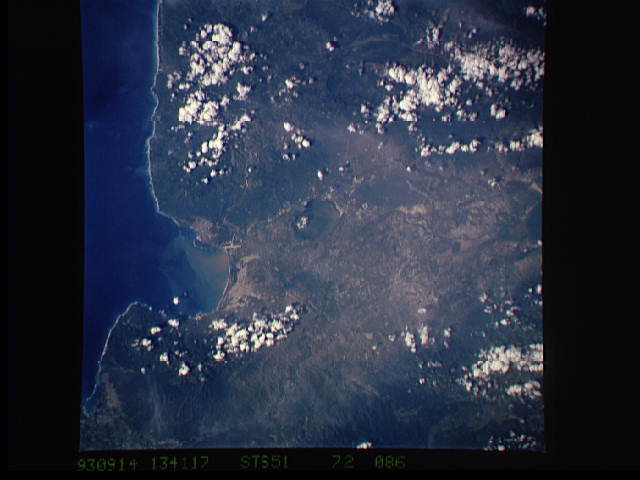 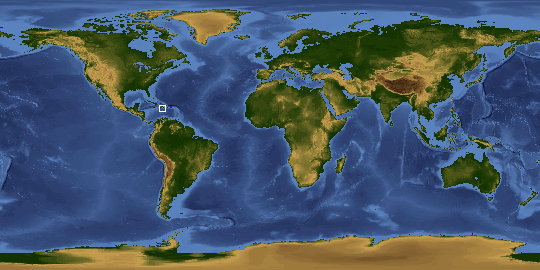 Other options available:
Download Packaged File
Download a Google Earth KML for this Image
View photo footprint information
Download a GeoTIFF for this photo
Image Caption: STS051-072-086 Enriquillo Plain, Dominican Republic September 1993
This near-nadir view shows the eastern portion of a rift valley that extends 79 miles (127 km) from Port-au-Prince in Haiti (not visible on the image) to Neiba Bay (left center of the image) in the Dominican Republic. The rift valley, a former marine strait, is referred to as the Hoya de Enriquillo in the Dominican Republic and the Cul-de-Sac Depression in Haiti. This portion of the rift valley in the Dominican Republic is 12 miles (20 km) wide. Rincon Lake, a shallow salt lake, is discernible near the center of the image. Agriculture is prominent on the valley floor. The city of Barahona is discernible on the south shore of Neiba Bay near the left center of the view. Over the last decade or so, tourism has become a major industry in the region. The long runway of the Barahona Airport is also visible just to the southwest of the city. Scattered clouds cover the Baoruco Mountains to the south (upper portion of the image) of the Hoya de Enriquillo.