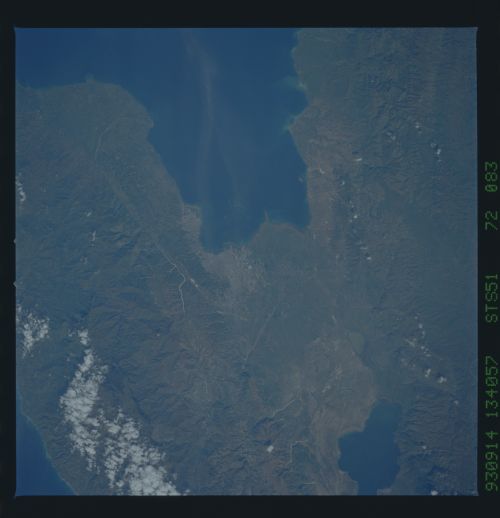 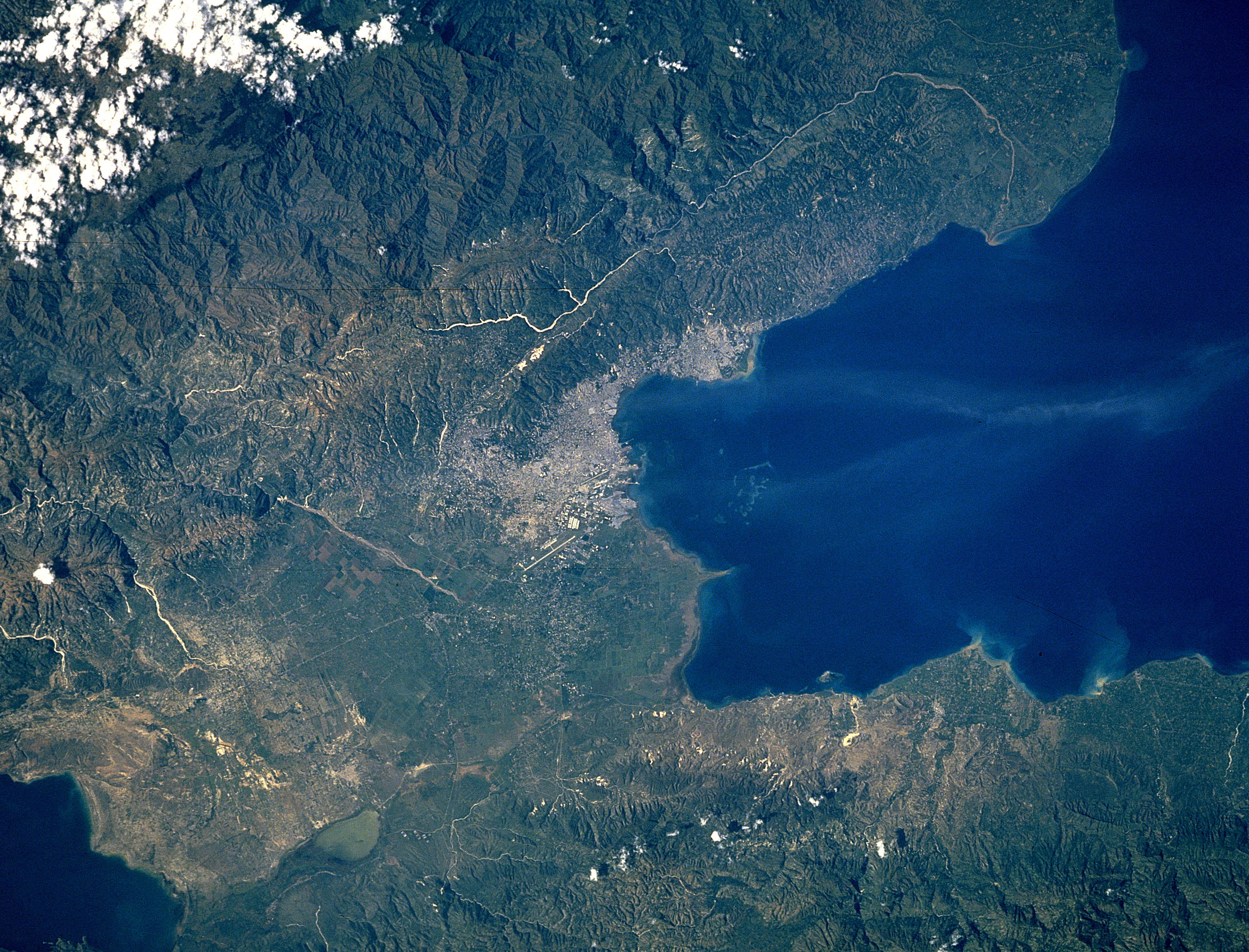 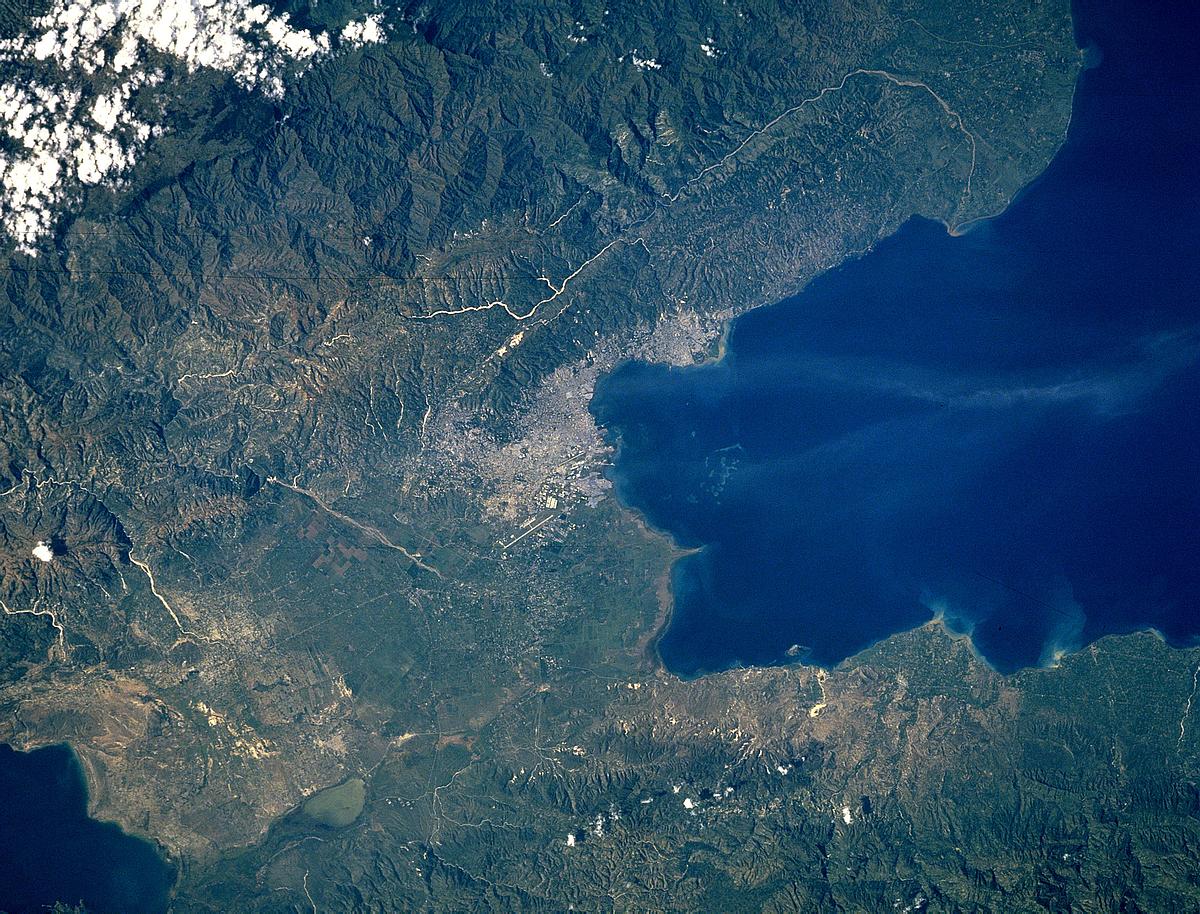 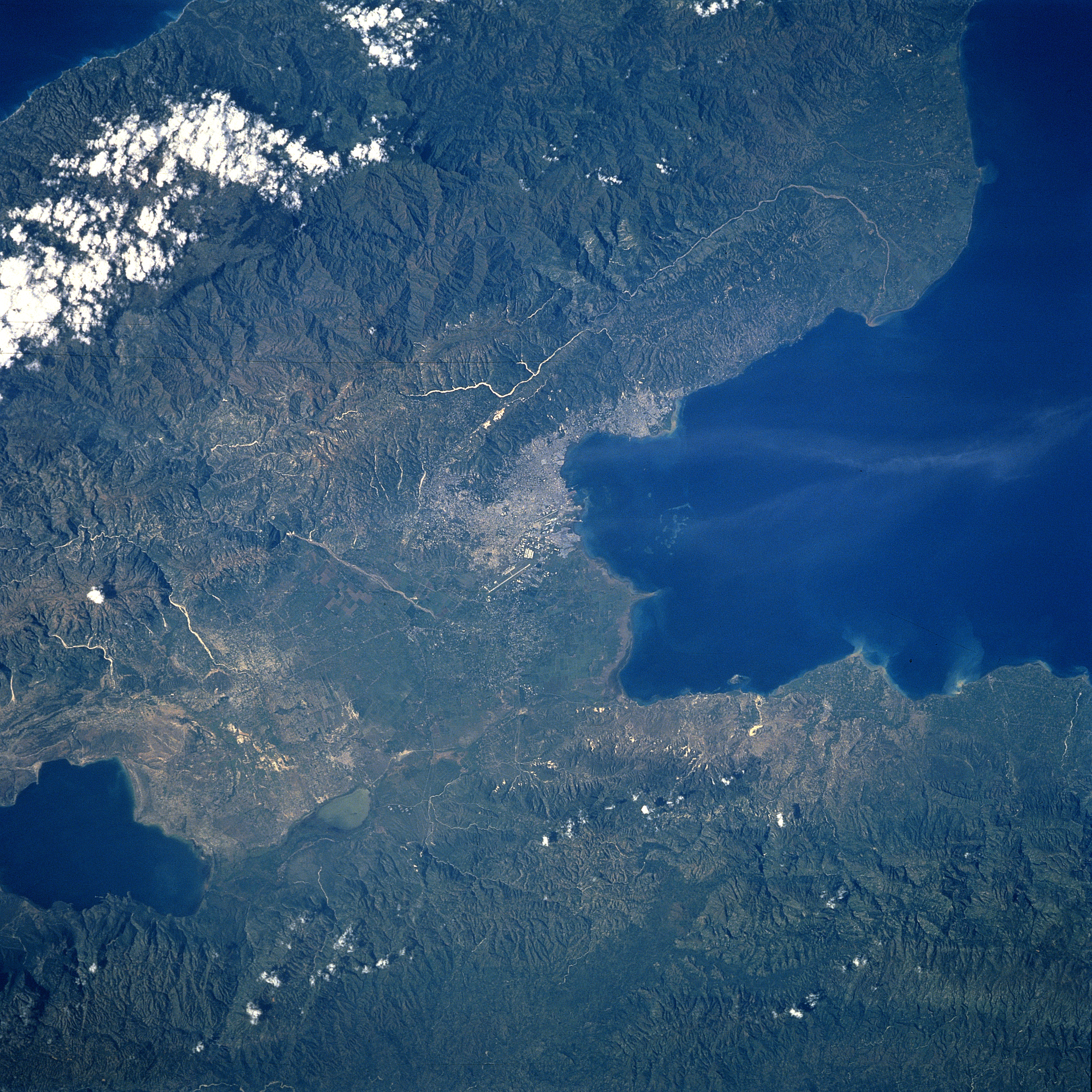 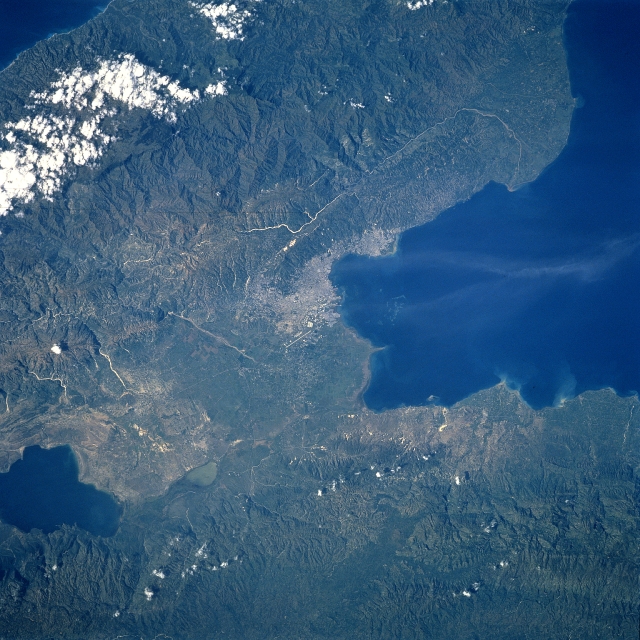 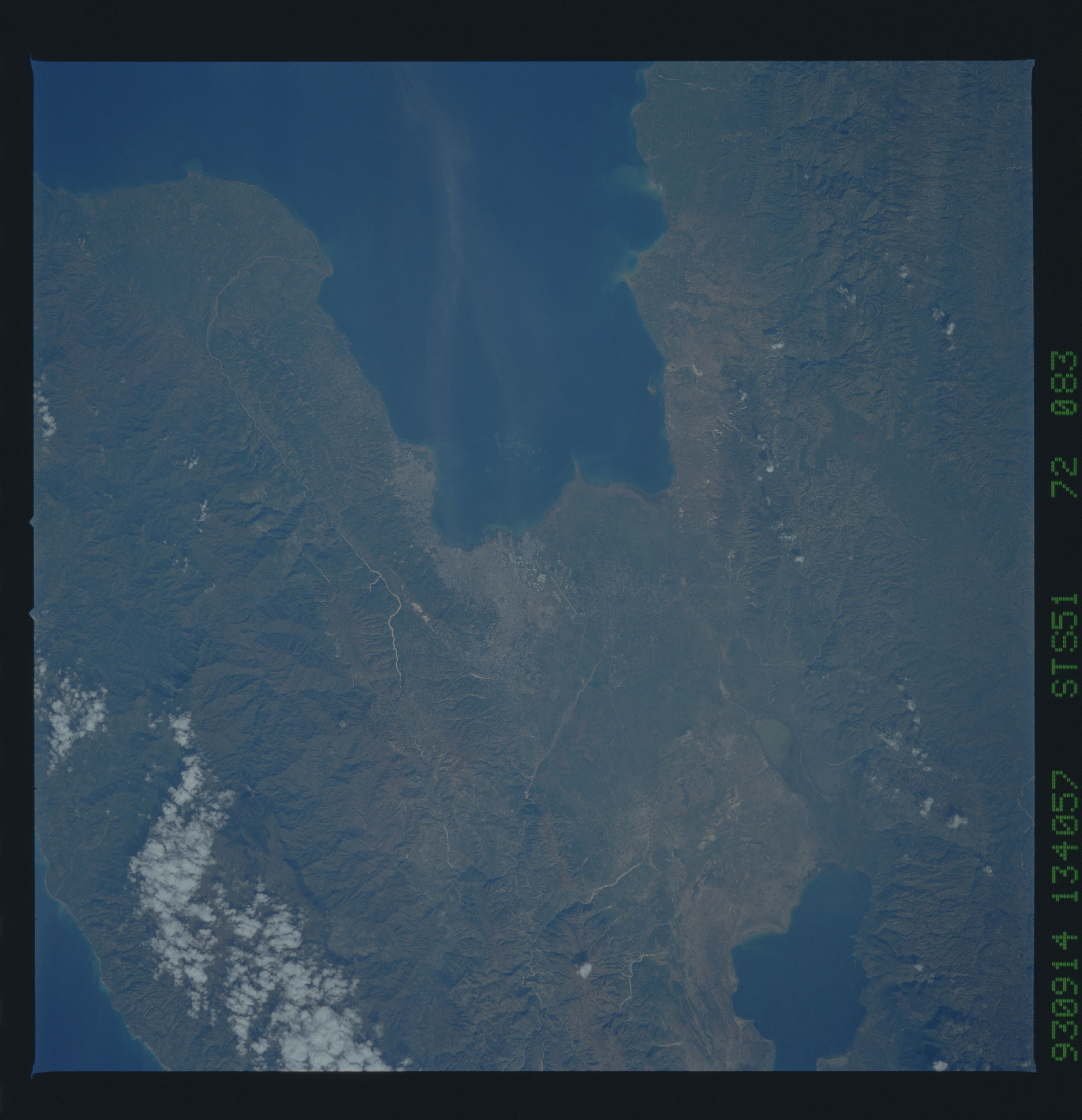 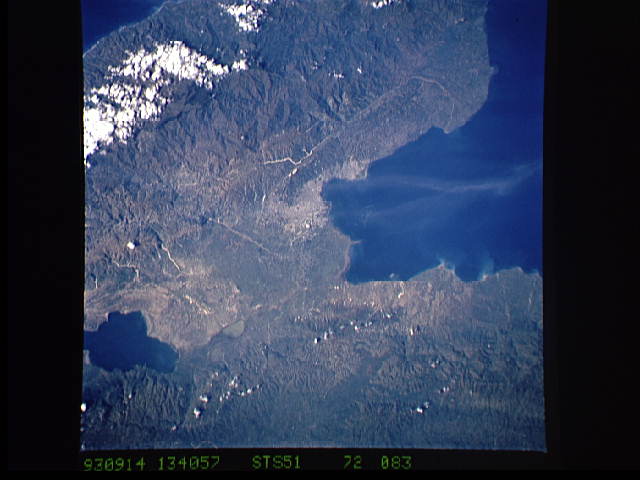 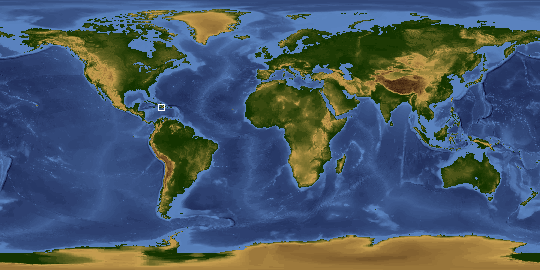 Other options available:
Download Packaged File
Download a Google Earth KML for this Image
View photo footprint information
Download a GeoTIFF for this photo
Image Caption: STS051-072-083 Cul-de-Sac Depression, Port Au-Prince, Haiti September 1993
The Cul-de-Sac Depression and the capital city of Port Au-Prince can be seen in this near-nadir looking view. The Cul-de-Sac Depression is a rift valley that was once a marine strait. The Cul-de-Sac extends 20 miles (32 km) from Port Au-Prince Bay (near the center of the image) to the Haiti/Dominican Republic border (not visible on the image) and is 9 to12 miles (15 to 20 km) wide. Parts of its dry surface are below sea level and are covered by large salt lakes such as Etang Saumatre, which is discernible in the bottom left portion of the image. Port-Au-Prince is Haiti's chief seaport and exports mainly coffee and sugar. The city is built like an amphitheater, with business and commercial quarters along the shore and residences in the hills above. Port Au-Prince has suffered frequently from earthquakes, fires, tropical storms, and civil war. Covering most of the upper portion of the image are high, barren peaks of the Massif de la Selle, and extensions of the Baroruco Mountains to the east in the Dominican Republic and to the west in Haiti of the Massif del la Hotte. Two smaller, lower ranges cover the bottom portion of the image. The Chaine Des Matheua (mountain ridge) and the Montagnes Du Trou D'Eau are visible and are extensions of the Neiba Mountains to the east in the Dominican Republic (bottom left of the image).