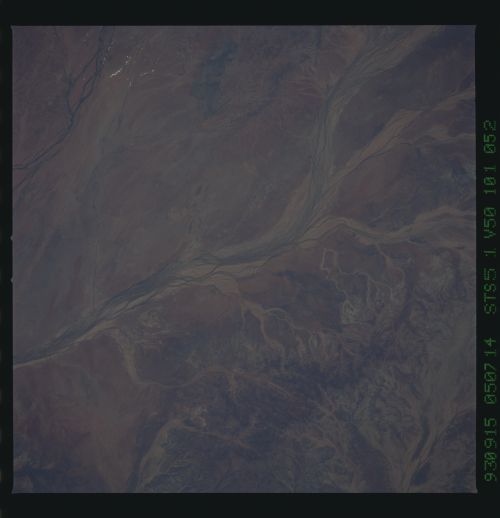 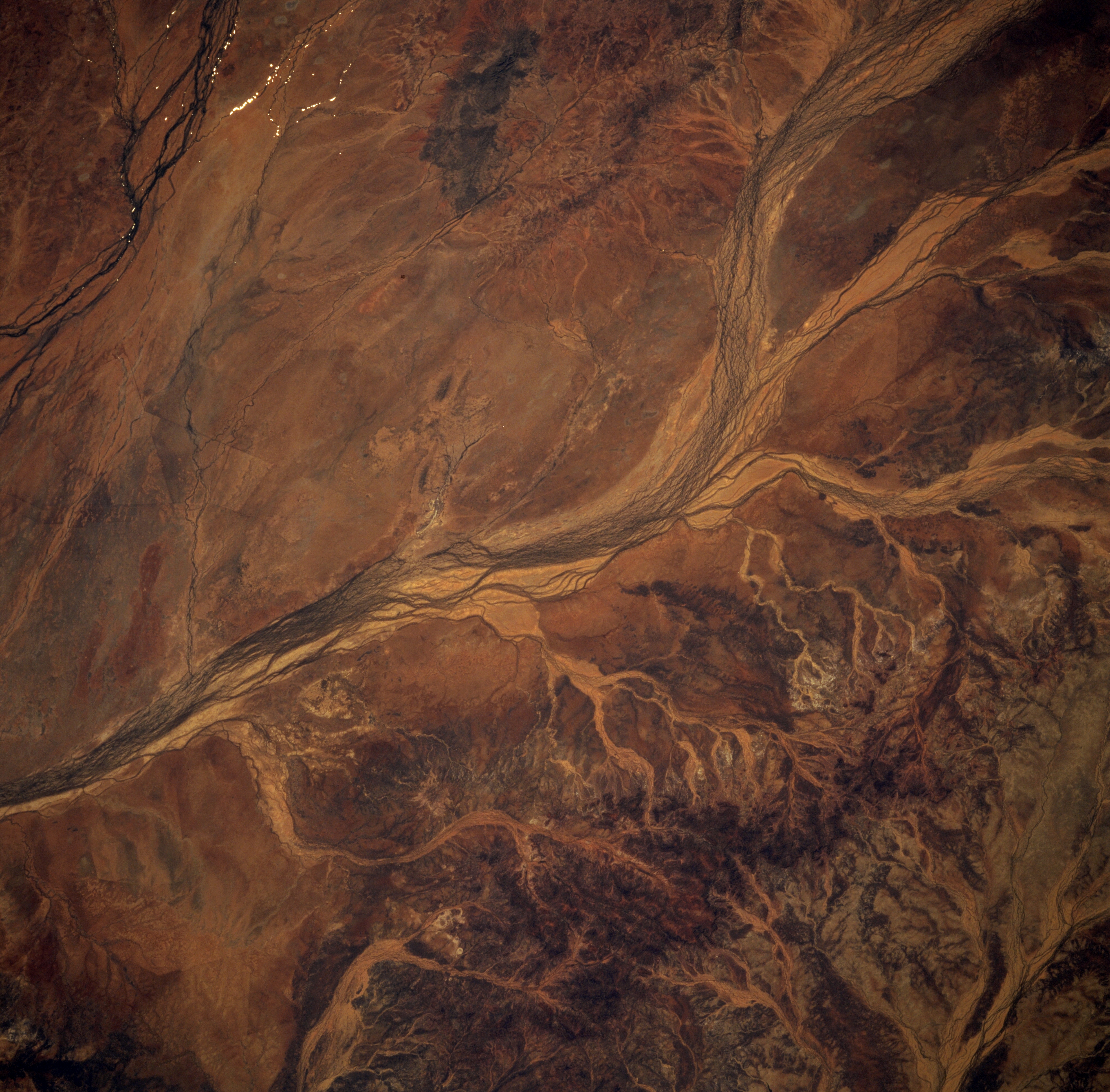 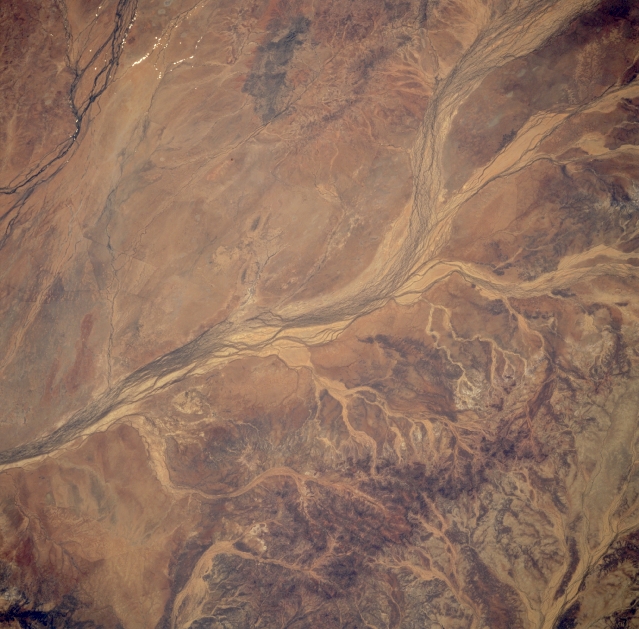 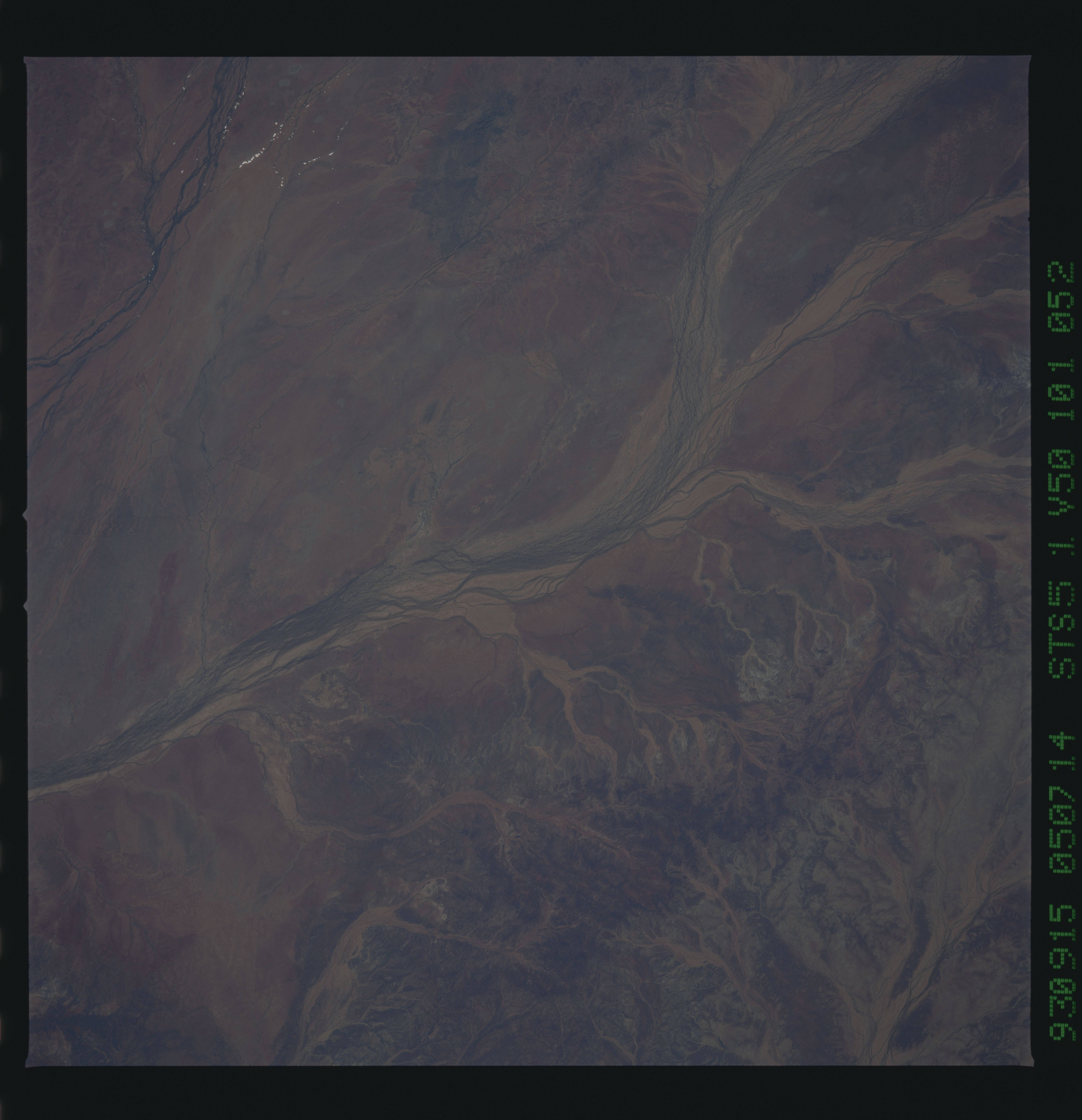 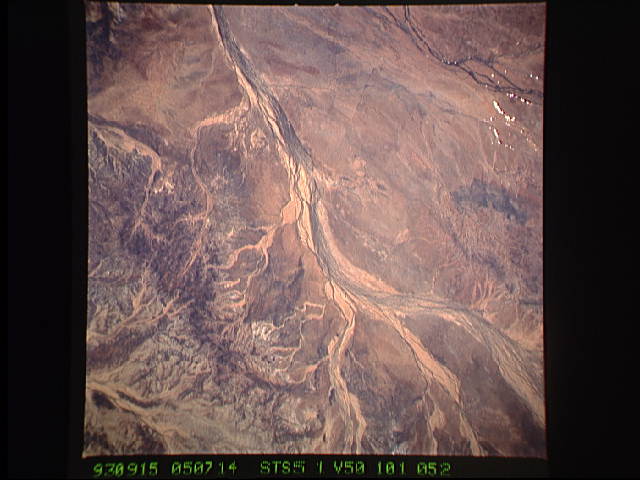 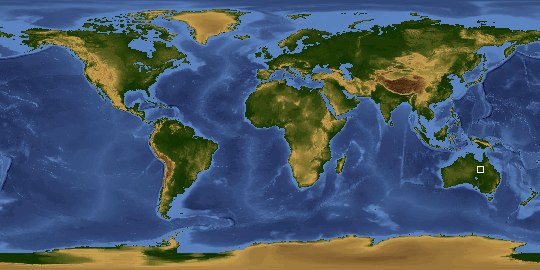 Other options available:
Download Packaged File
Download a Google Earth KML for this Image
View photo footprint information
Image Caption: STS051-101-052 Hamilton River, Queensland, Australia September 1993
The Hamilton River is one of many ephermal streams that drains southward towards the interior of the Australian continent and specifically into the Simpson Desert of southwestern Queensland and part of the Northern territory. The multi-braided channels of a fairly broad floodplain of the Hamilton River display a typical appearance for many of the intermittently flowing rivers that traverse the flat to gently undulating terrain in this arid environment. Several light-colored (less-vegetated) erosional tributaries are visible along the southeastern side of the river. A short section of the drainage channels of the Burke River (dark lines) are visible in the upper left corner of the image and the headwaters area of Pot Jostler Creek which drains into the Diamantina River Basin is visible in the lower right corner of the picture.