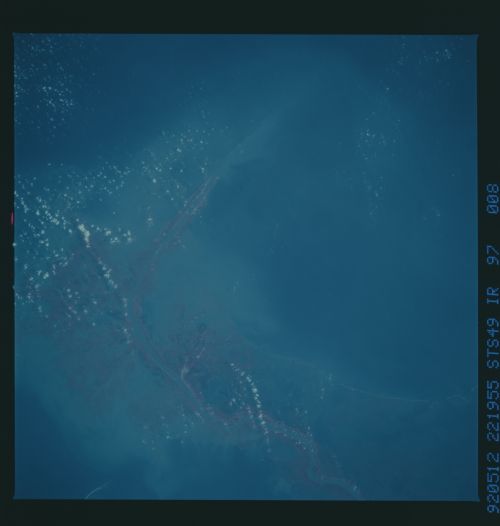 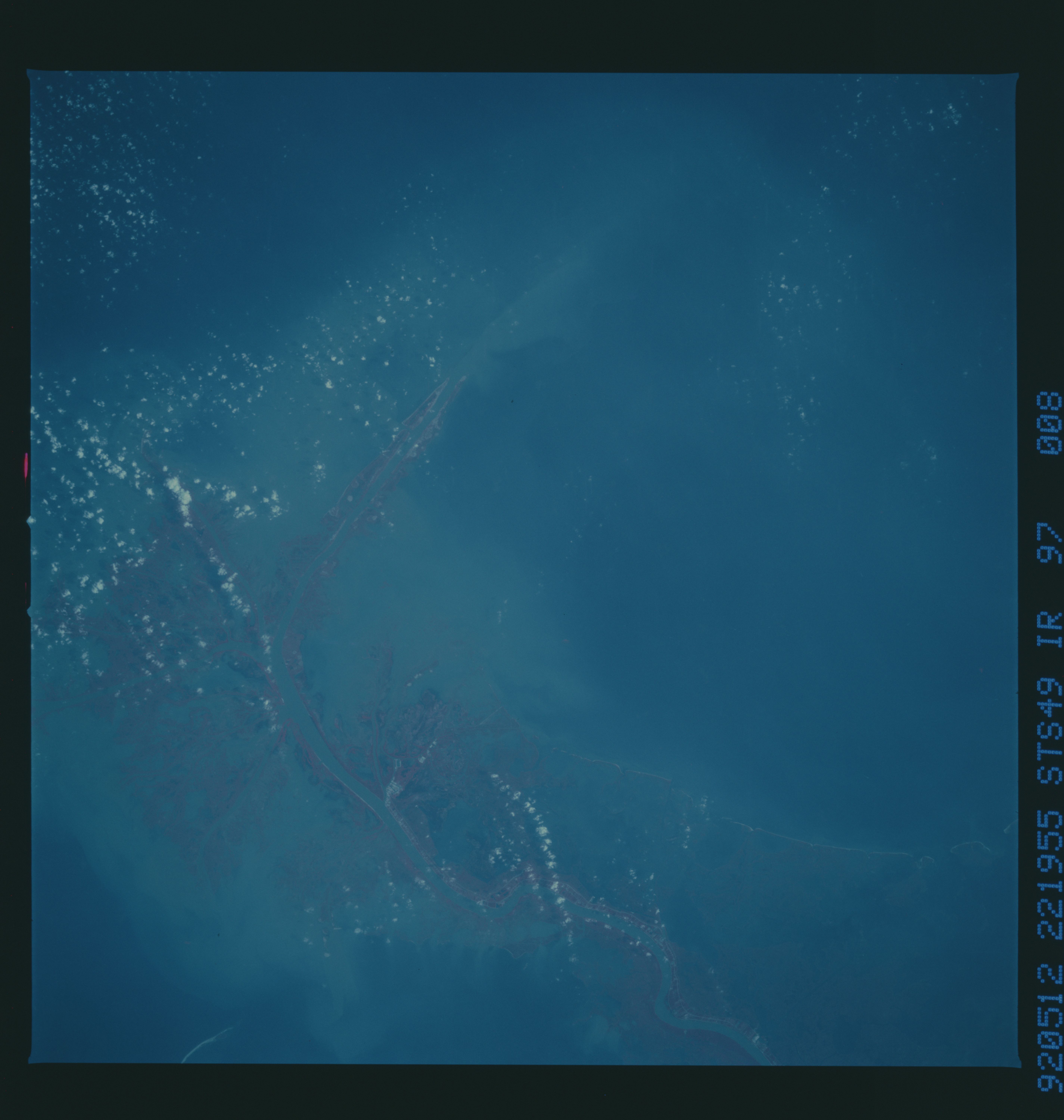 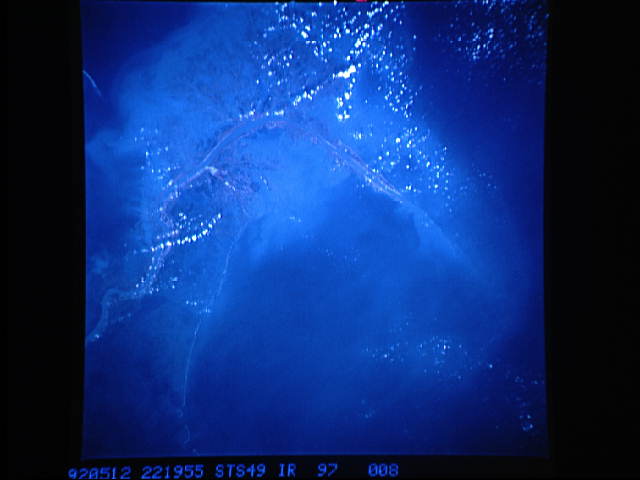 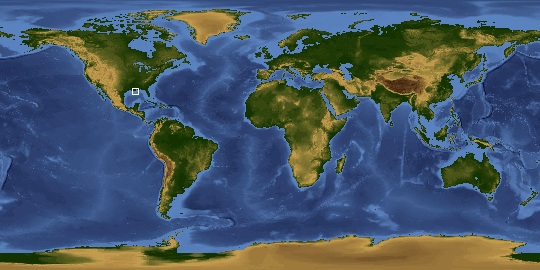 Other options available:
Download Packaged File
Download a Google Earth KML for this Image
View photo footprint information
Image Caption:
STS49-97-008: Mississippi River Delta This view of the Missis-
sippi River Delta was photographed at the same time as the previ-
ous photo (STS49-092-011), only using CIR film. Unlike the CVIS
photograph, the land-water boundaries appear sharper, partly be-
cause atmospheric haze has been reduced, since blue light has
been filtered out with the IR filter, and partly because of the
extreme difference in the reflectance of near-IR irradiance from
land vegetation, which appears red, and water, which absorbs most
of the near-IR light. Note that the unique brownish color of the
river plume is lost, again since spectral information within the
blue light portion of the spectrum has been filtered out.