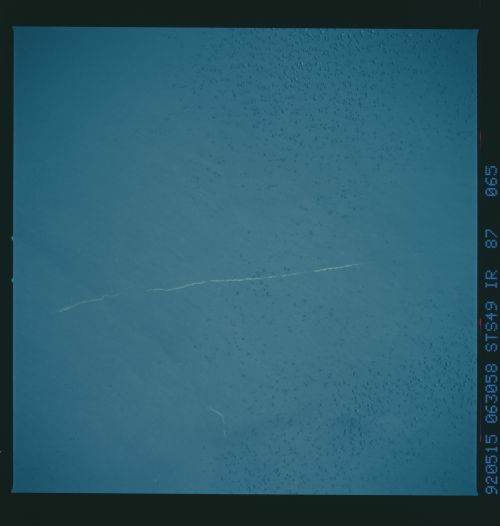 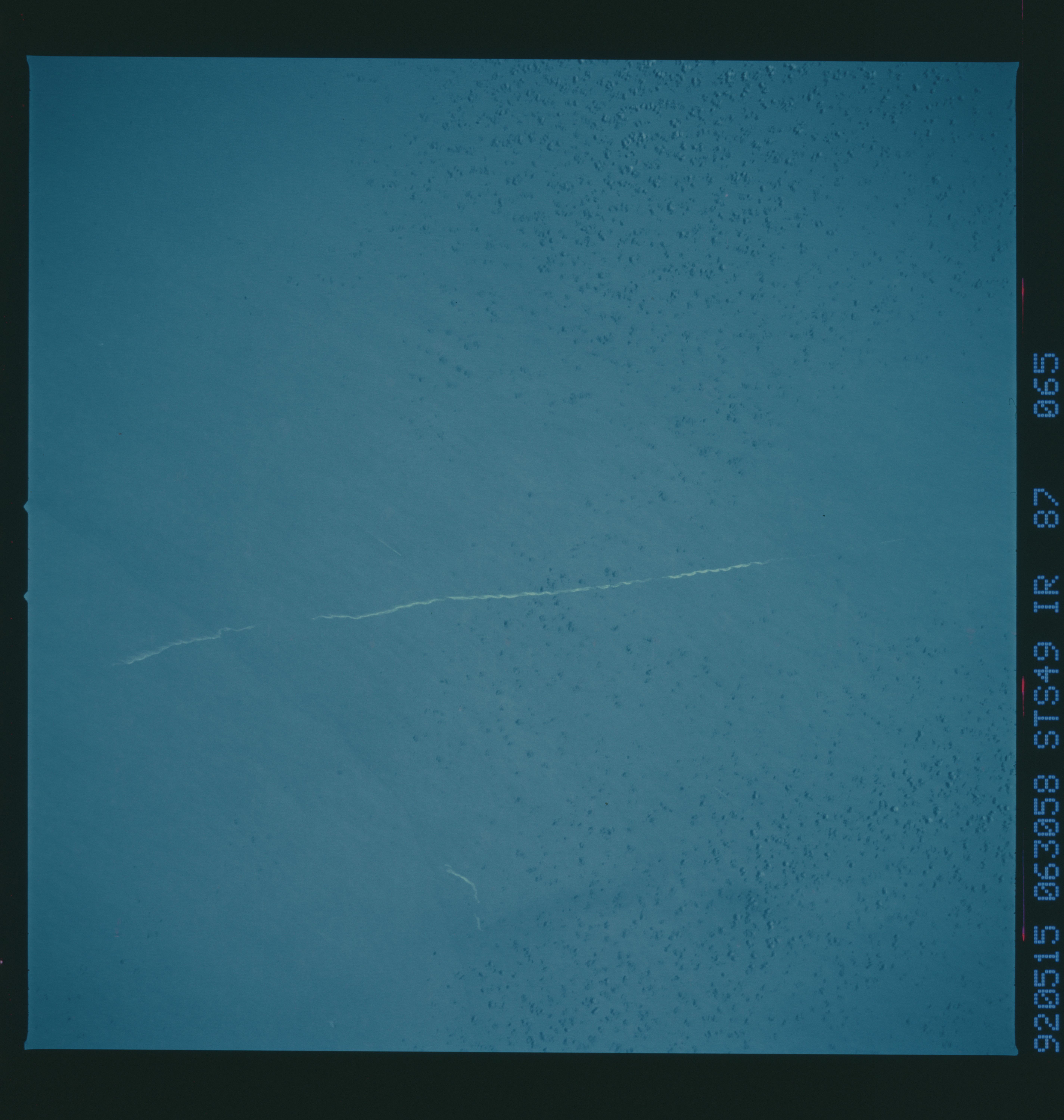 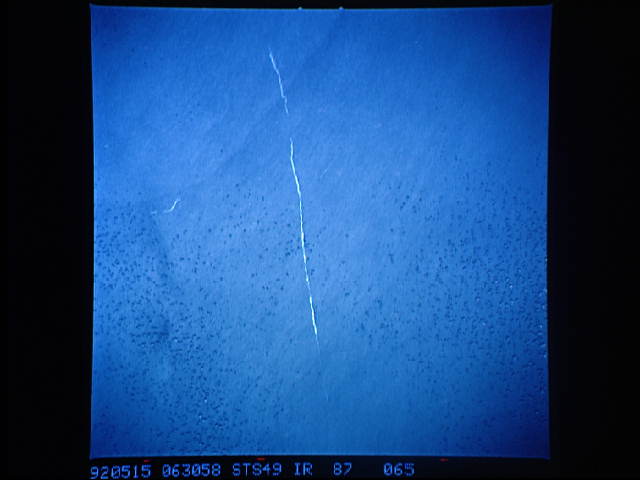 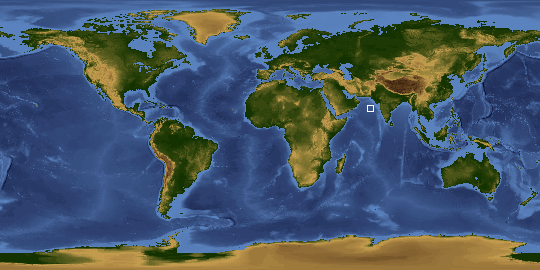 Other options available:
Download Packaged File
Download a Google Earth KML for this Image
View photo footprint information
Image Caption:
STS49-87-065: Arabian Sea: Ship Wakes and Oil Slicks The pas-
sage of a ship as it dumped its bilges of oil into the Arabian
Sea is seen as a bright line in this view of the sunglint pat-
tern. Such man-made oil slicks can serve to illustrate the rela-
tive movement of surface waters. At the bottom of the frame, the
slick shows where the ship passed a front, where sheer between
the two water masses has distorted the oil slick.