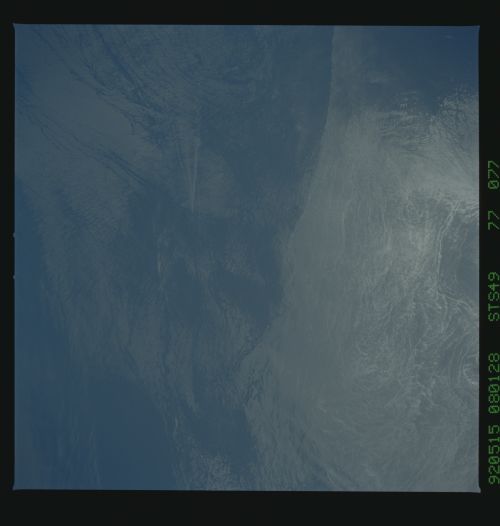 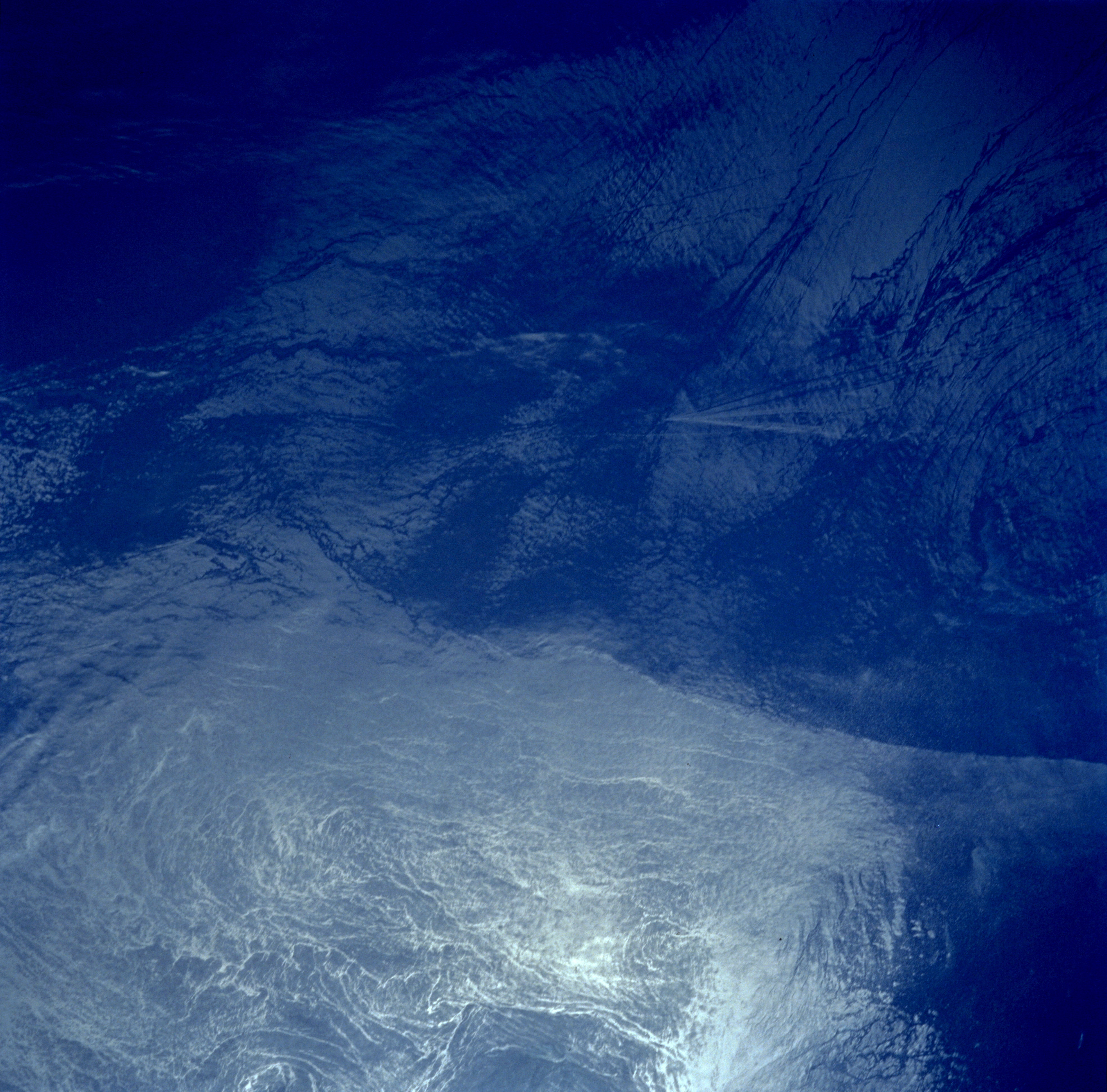 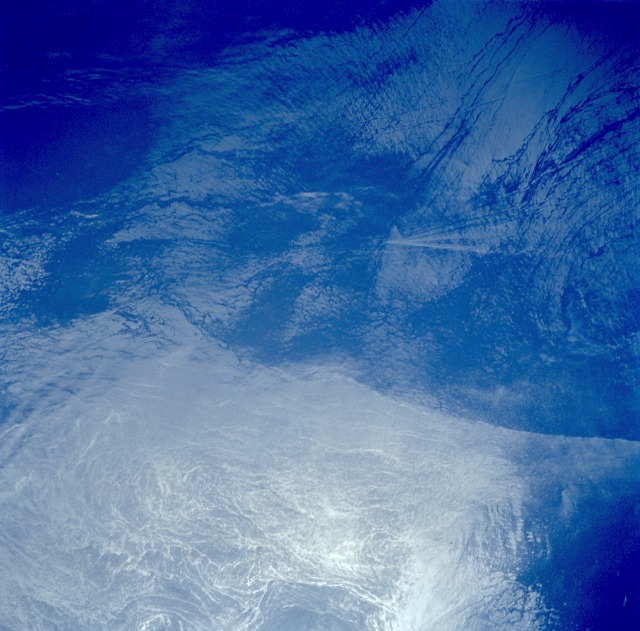 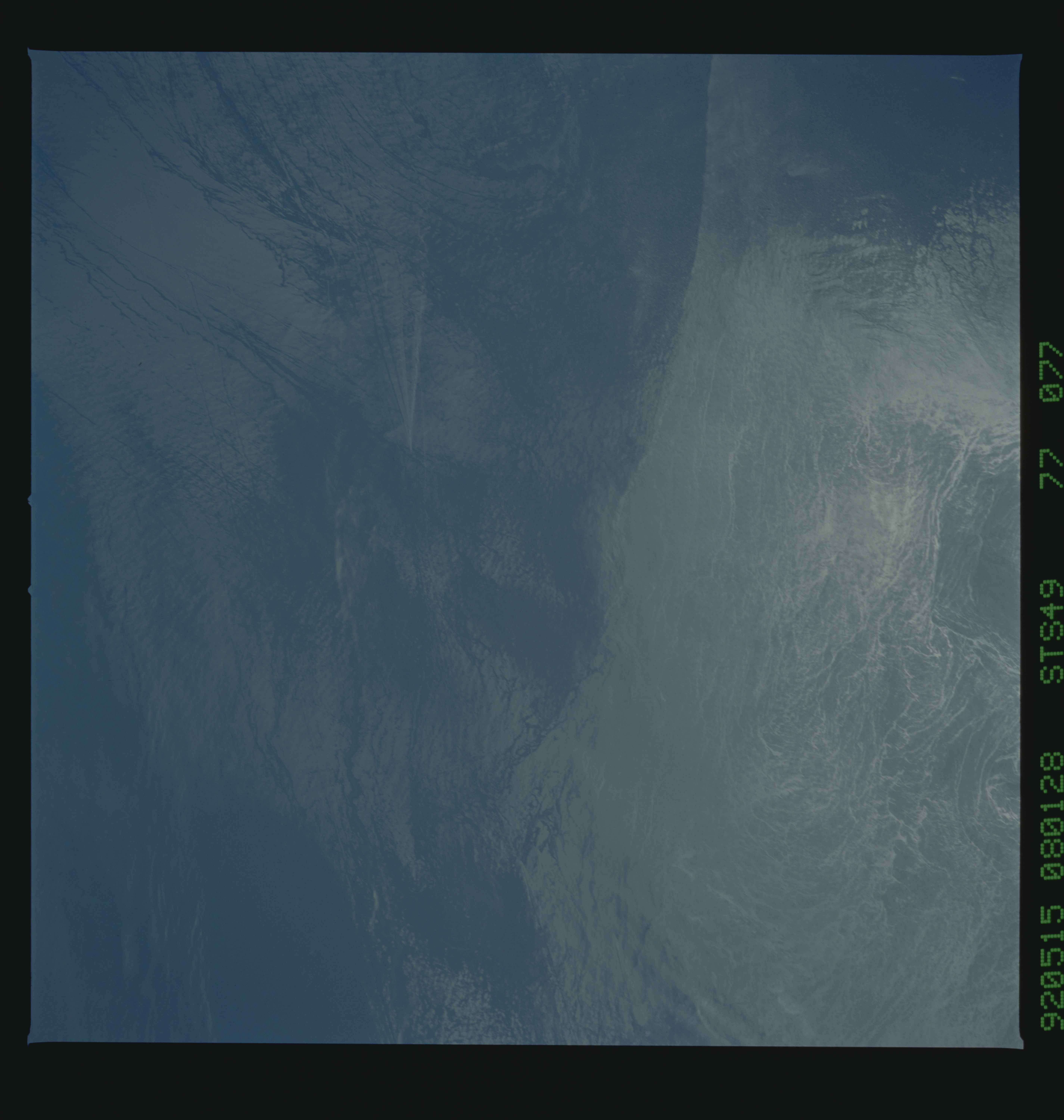 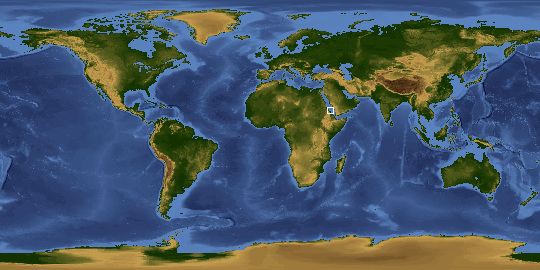 Other options available:
Download Packaged File
Download a Google Earth KML for this Image
View photo footprint information
Download a GeoTIFF for this photo
Image Caption: STS049-77-77 Suloy and Ship Wake, Red Sea May 1992
This spectacular, near-vertical photograph clearly shows a suloy in the Red Sea between the Dahlak Archipelago and the Farasan Islands. A suloy is an unusual condition of the sea in which the surface is covered by precipitous and irregular waves that form lines at a boundary. The boundary in this photograph is caused by the flow of water in and out of the Red Sea from the Gulf of Aden through the Strait of Mandeb (Vale of Tears). Little is known about suloys or "lines of chaotic seas," but knowledge increases because of photographs obtained from low-Earth orbit. A ship wake, formed from the bow of a moving ship, is visible as a V-shaped pattern just off center in the dark blue waters. Sun glint, the highly reflective, whitish-gray portion of the photograph, is caused by the sun's reflection from the surface of the sea. Dynamic sea or ocean surface phenomena can be seen in sun glint, especially near the edges where the whitish-gray area becomes some shade of blue.

A demarcation line identifies a convergence in the South-Central Red Sea (16.5N, 40.5E) where a suloy (the interface of two ocean currents) has occurred. Photography into the sunglint also highlights many ocean surface features. The phenomenon helps display the different surface roughness, and therefore different reflectivity, across the suloy. A V-shaped ship wake pattern and parts of a spiral eddy and internal waves can also be seen.