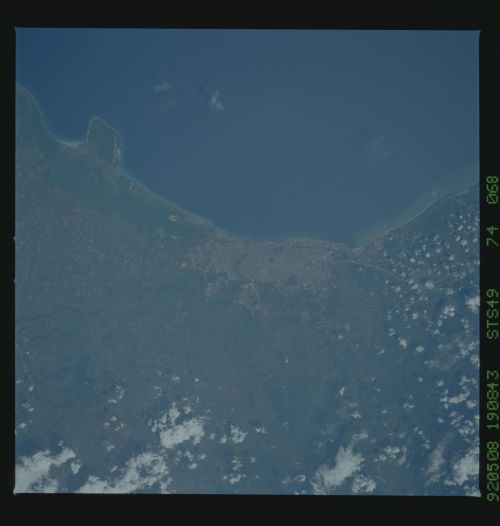 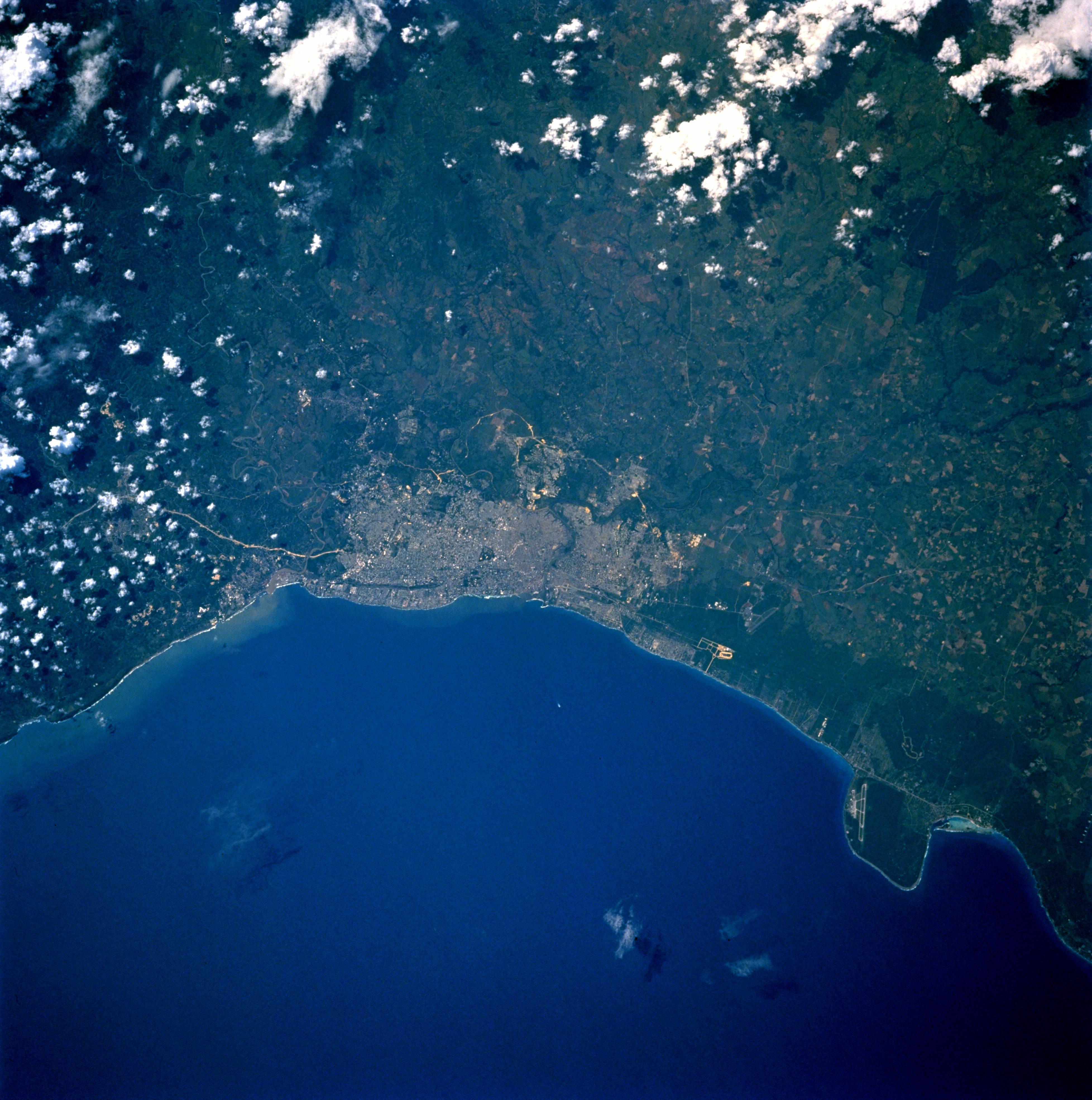 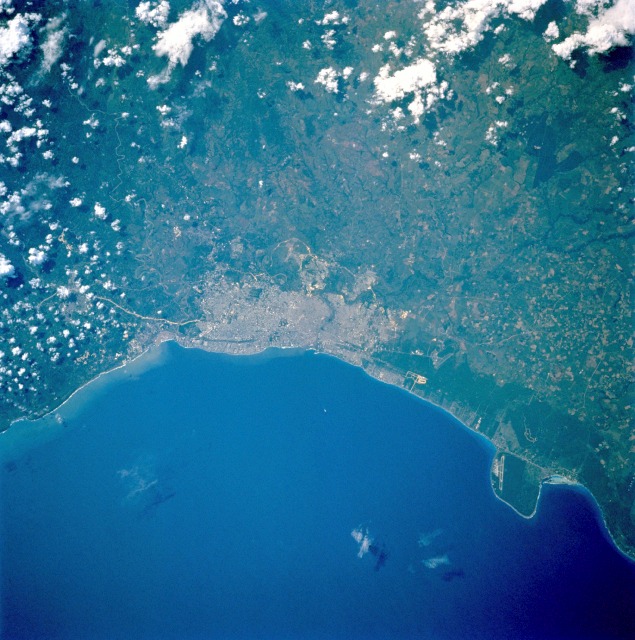 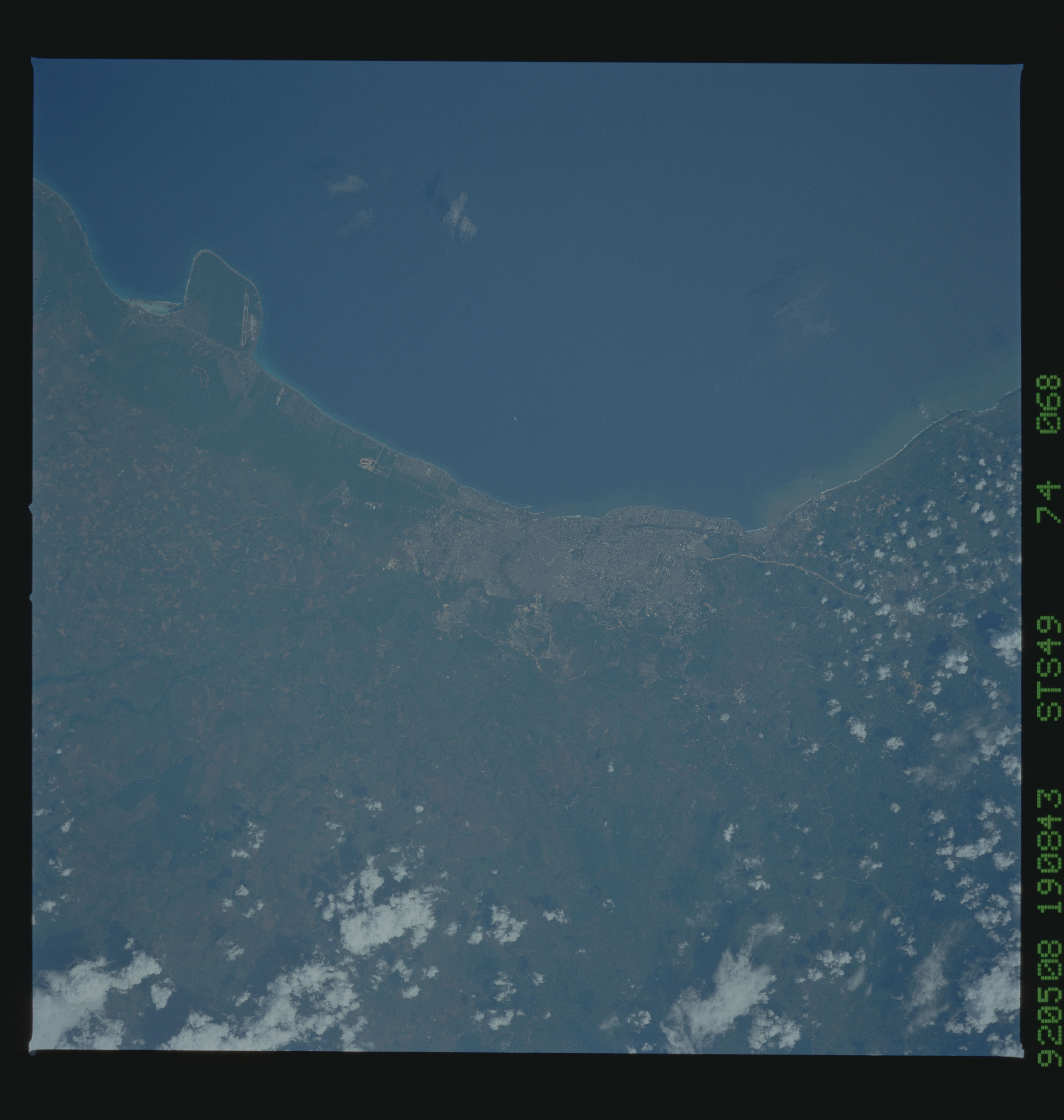 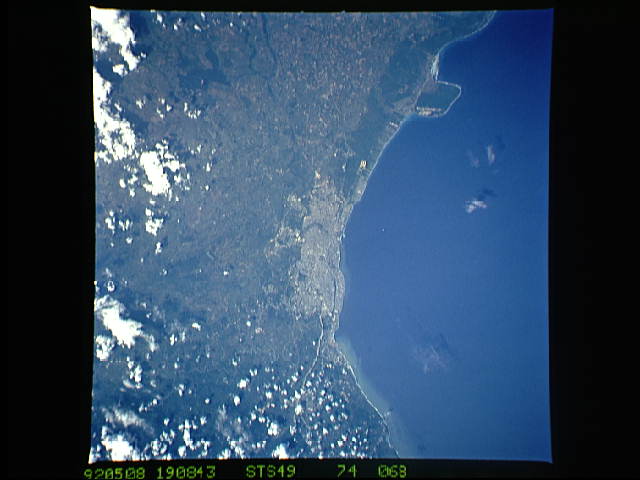 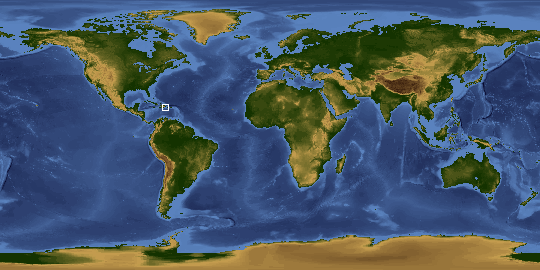 Other options available:
Download Packaged File
Download a Google Earth KML for this Image
View photo footprint information
Download a GeoTIFF for this photo
Image Caption: STS049-074-068 Santo Domingo, Dominican Republic May 1992
Santo Domingo, the oldest continuously inhabited settlement in the Western hemisphere, is evident in this near-vertical photograph. The city was founded in 1496 by Christopher Columbus' brother, Bartholomew. Almost destroyed in 1930 by a hurricane, Santo Domingo was rebuilt, and is now a city of broad tree-lined avenues and modern buildings. The cathedral, which was begun in 1514, is the oldest building in the Western Hemisphere and reputedly contains the remains of Christopher Columbus. Located at the mouth of the polluted Ozama River on the coastal plain facing the Caribbean Sea, Santo Domingo is the commercial and cultural center and the principal seaport of the Dominican Republic. Sugar is the chief export; tourism and steel production are major industries. The major runway of the De Las Americas International Airport on Point Caucedo is visible east of the city.