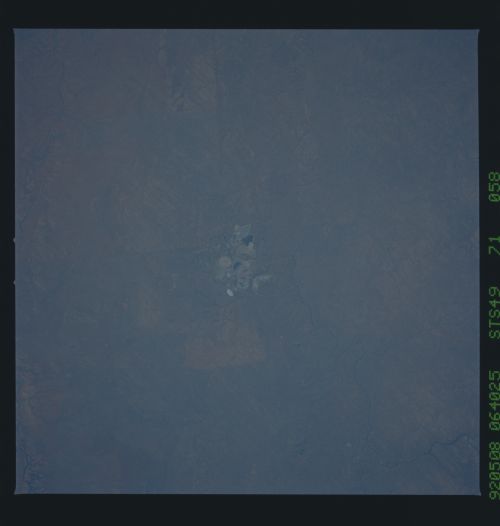 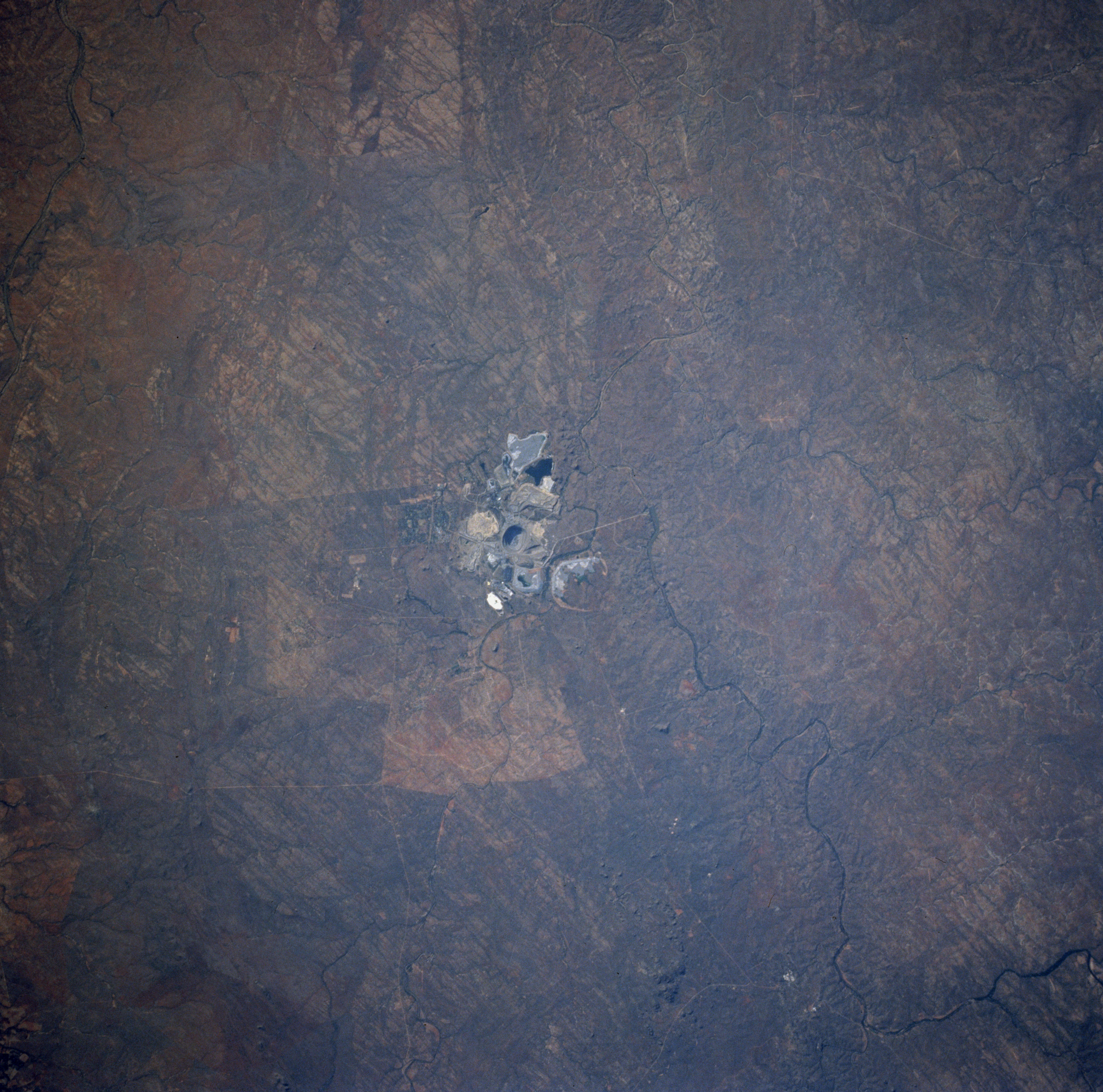 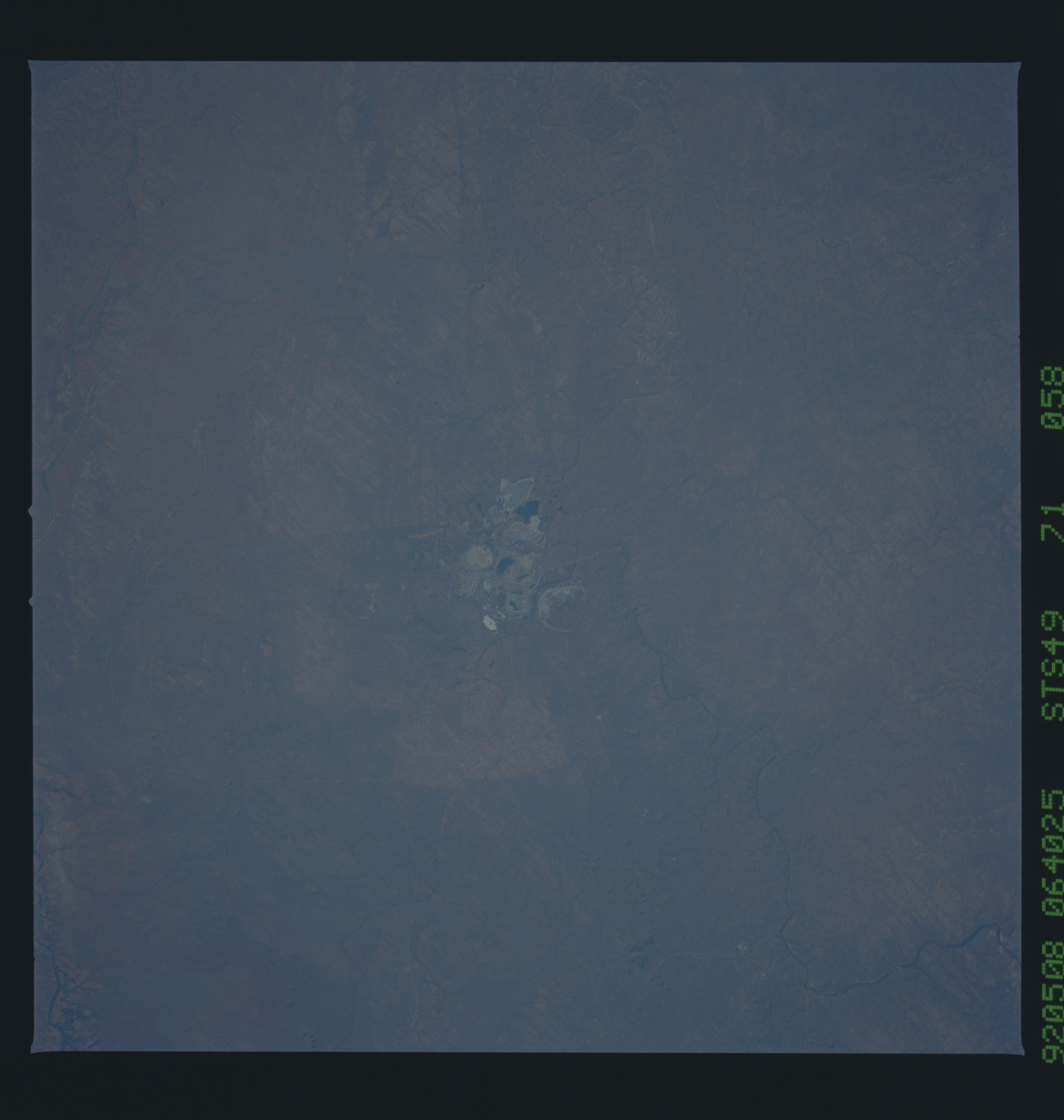 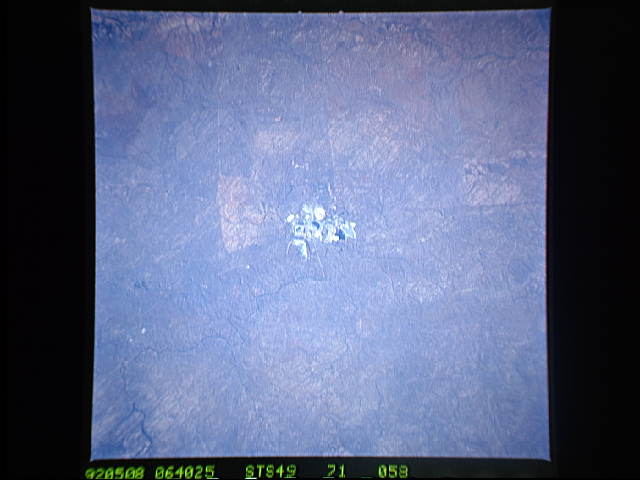 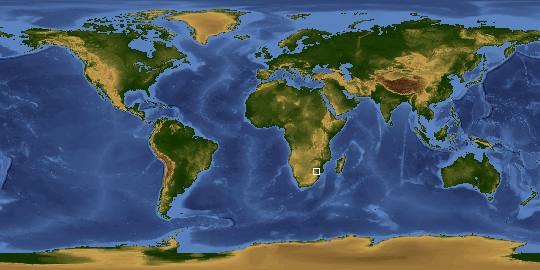 Other options available:
Download Packaged File
Download a Google Earth KML for this Image
View photo footprint information
Download a GeoTIFF for this photo
Image Caption: STS049-071-58 Open Pit Mining, Phalaborwa Area, South Africa May 1992
West of Kruger National Park in extreme northeast South Africa are two very large open-pit mining activities. The environmental disturbance to the landscape is quite dramatic in the photograph. The two open-pit mines can be identified by their active mining characteristics--spoil banks or debris piles and water-filled holding or settling ponds. Apparently, both copper and iron ore are mined in this area. The small mining town of Phalaborwa is visible immediately north of the mines. The Olifants River, a tributary to the Limpopo River, flows generally northeastward and passes south of the mining operation. A narrow, highly reflective corridor provides access from the mining site to the Olifants River. Most of the land in this region is used for grazing sheep, cattle, and goats; however, there is some crop production (wheat, maize, and sorghum), especially south of the Olifants River. The overall climate for this area is a transitional zone from a semiarid grassland environment to a more humid temperate climate with a definite dry season during the winter months.