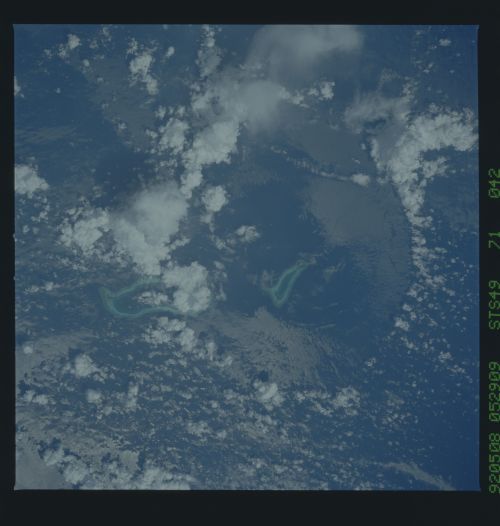 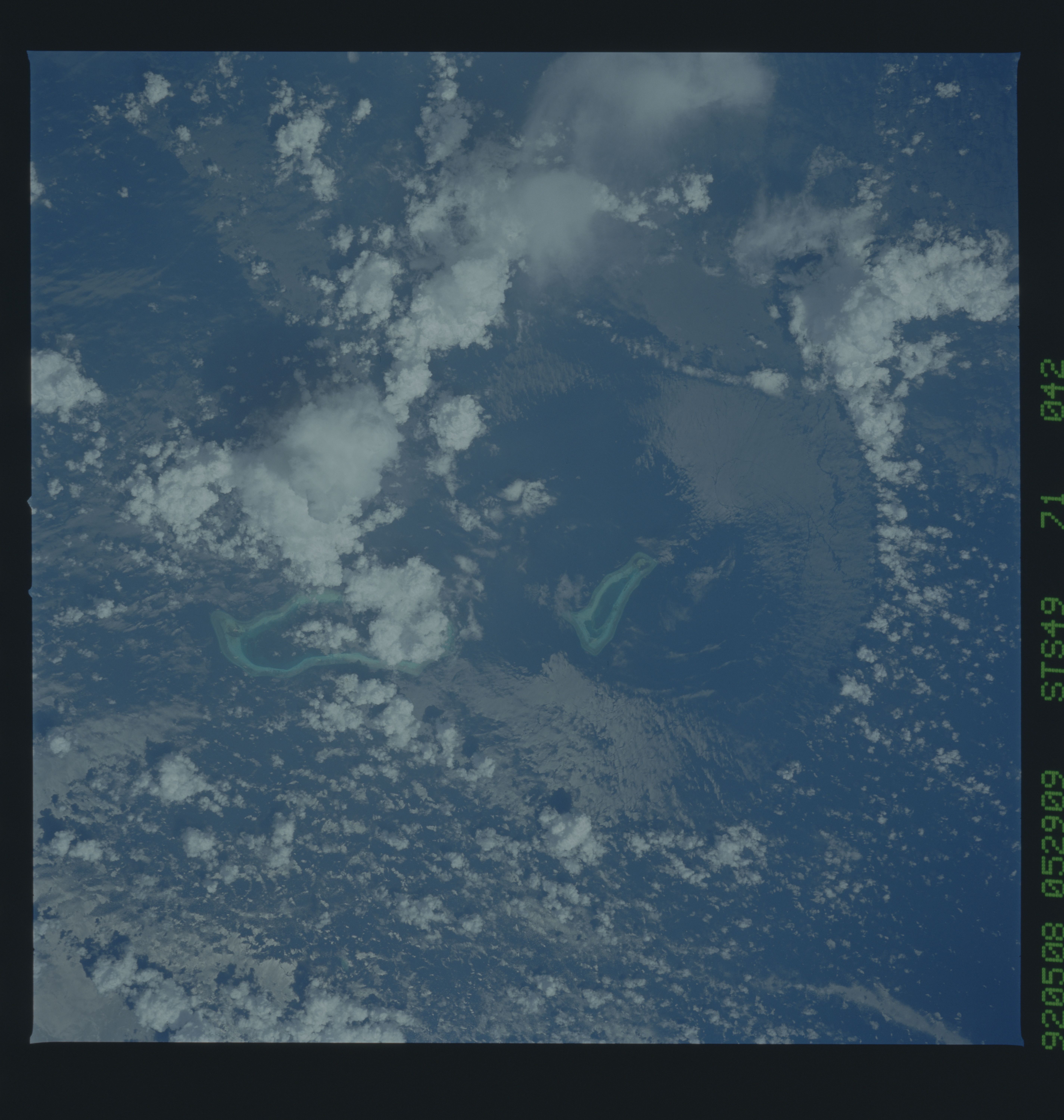 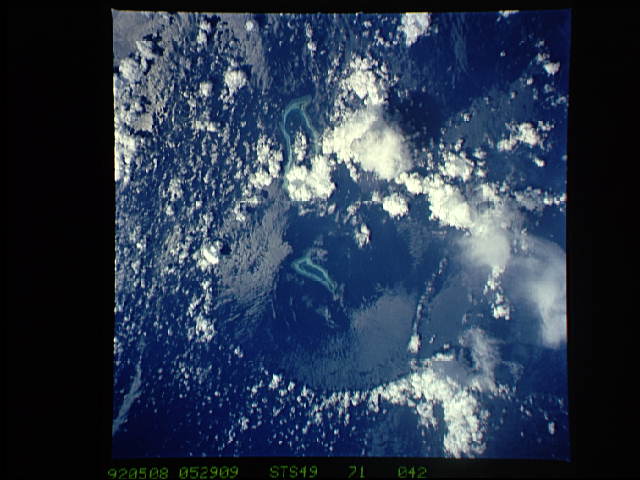 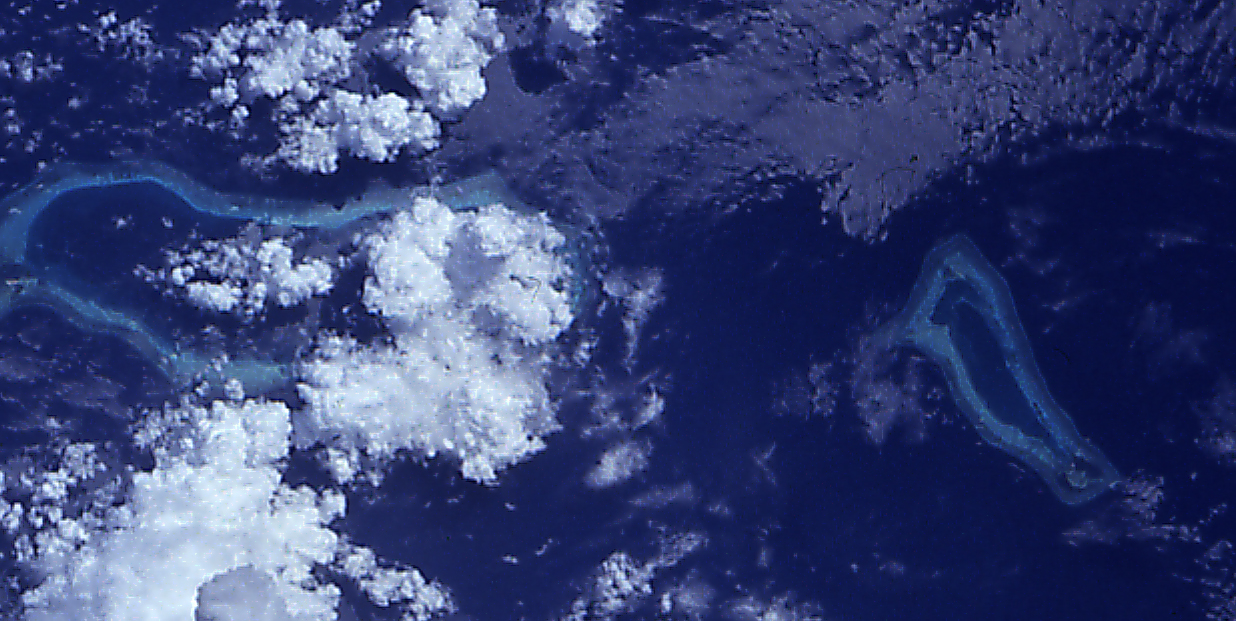 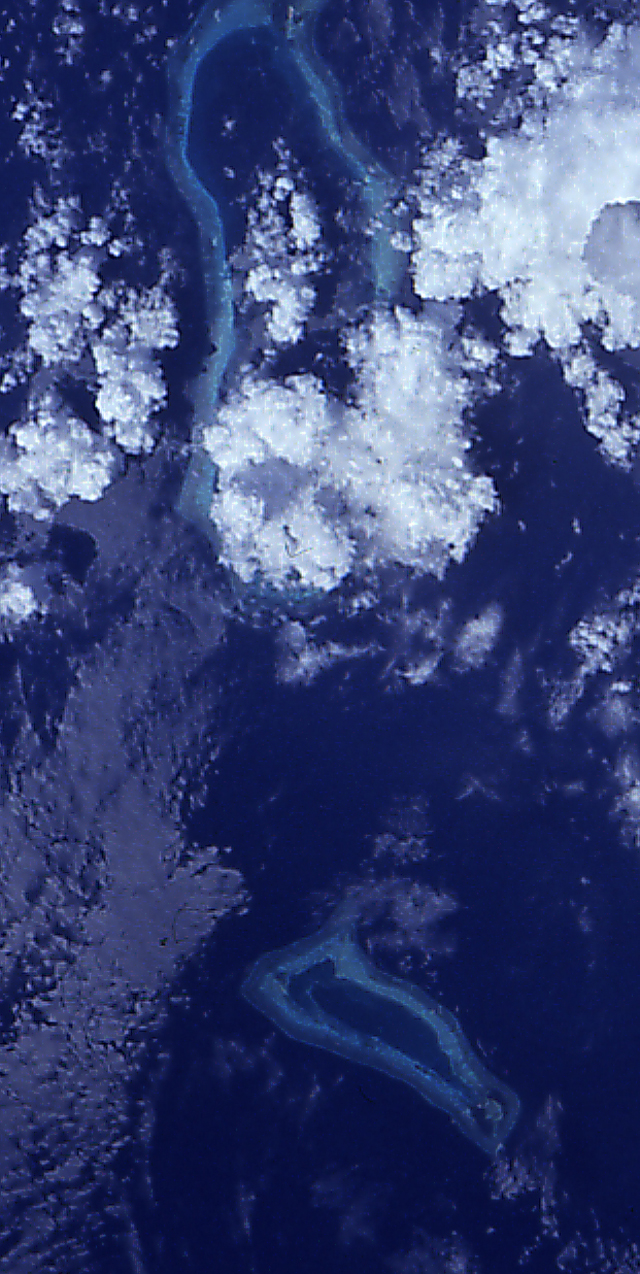 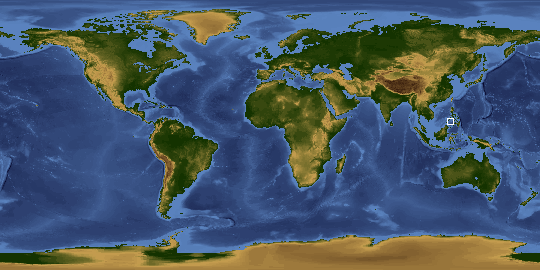 Other options available:
Download Packaged File
Download a Google Earth KML for this Image
View photo footprint information
Download a GeoTIFF for this photo
Image Caption:
STS49-71-042: Collapsed Thunderstorm, Southwestern Pacific Ocean
The clouds were pushed from this circular area of the oceanUs
surface by relatively cool air that spread downward and outward
from a dying thunderstorm. Around the edges of the downdrafted
air, new, though smaller, storms are developing. Sunglint
highlights the radial pattern of sea-surface roughness associated
with the downdraft. This event was photographed May 8, 1992,
between Borneo and the Philippine island of Mindoro. Two coral
atolls can be seen near the center of the photograph. Hasselblad
camera, 250-mm lens, color film.

STS49-71-043, cf. STS49-71-042: Frame 043 was taken 15 seconds
later than frame 042, after about 60 nautical miles of travel by
the Orbiter. The circular thunderstorm downdraft is no longer
within the sunglint pattern and is not highlighted so dramatical-
ly. Furthermore, the increased distance from the subject has re-
duced scale and increased atmospheric haze, producing a much less
striking image. Hasselblad camera, 250mm lens, color film.

This collapsed thunderstorm was observed over the open ocean (9.0N, 120.0E) between the Philippine island of Mindoro and Borneo, Malaysia. The cleared area in the center is the result of the clouds being driven from there by the sudden rush of katabatic air spreading downward and outward from the dying thunderstorm. Around the edges of the downdrafted air, new though smaller storms are developing. The two small coral atolls are the Tubbataha Reefs.