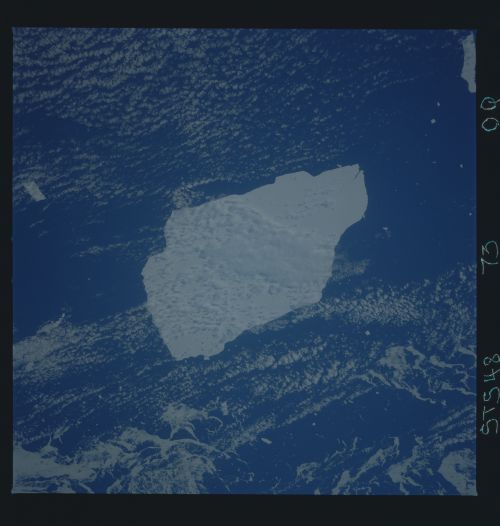 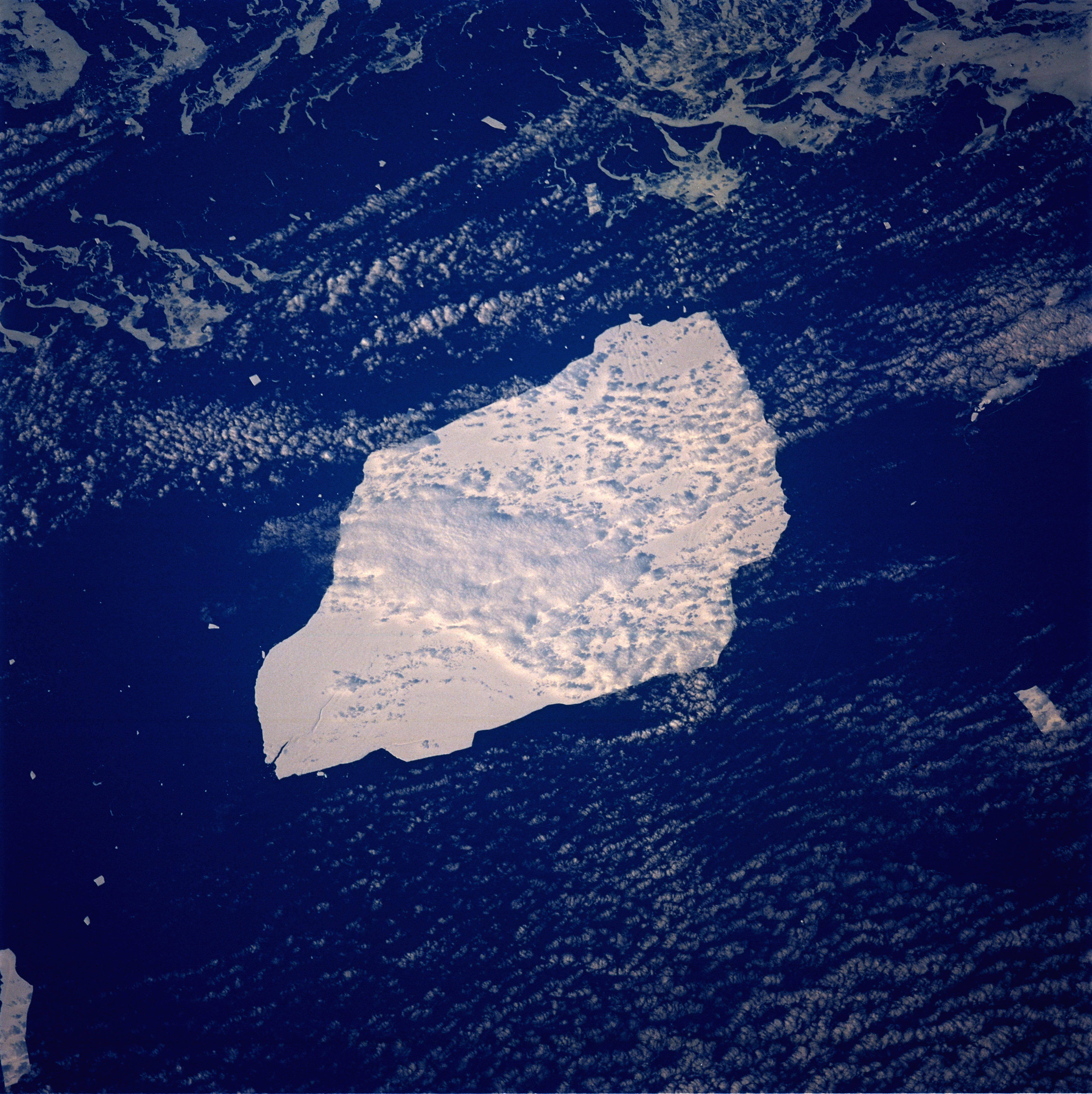 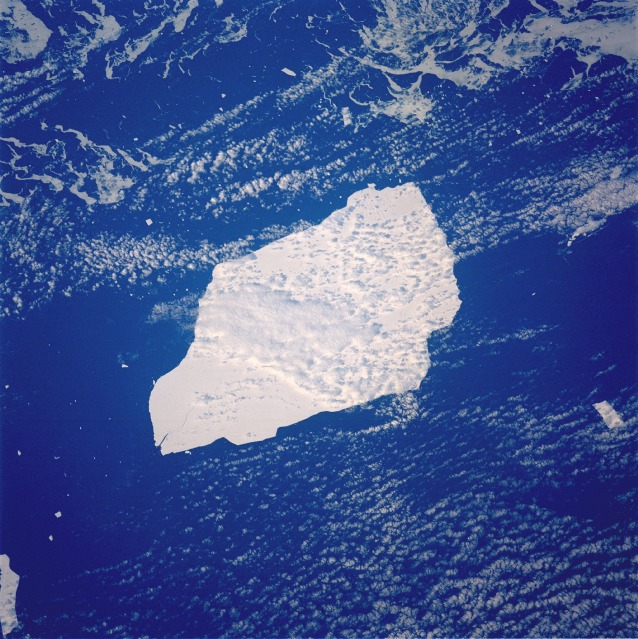 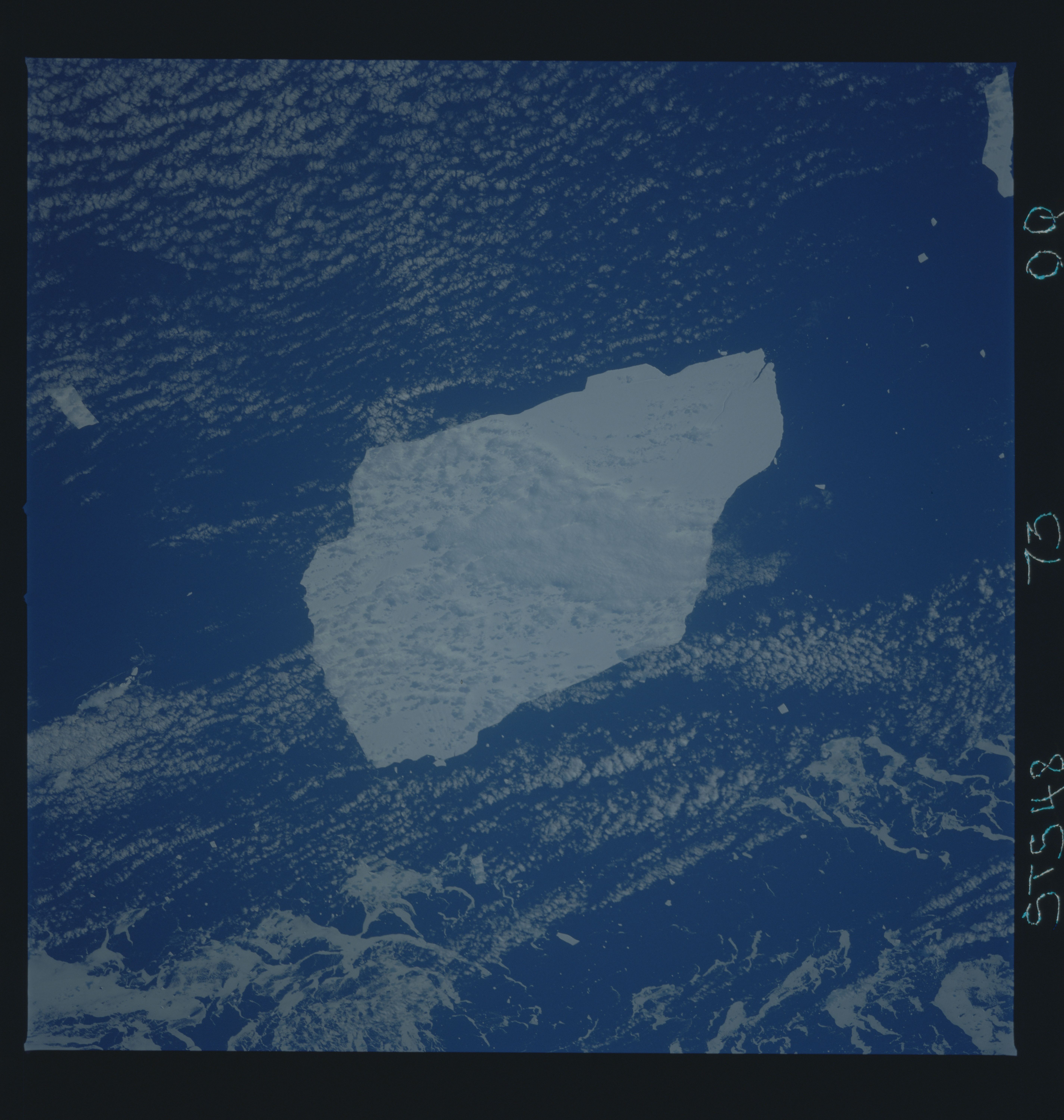 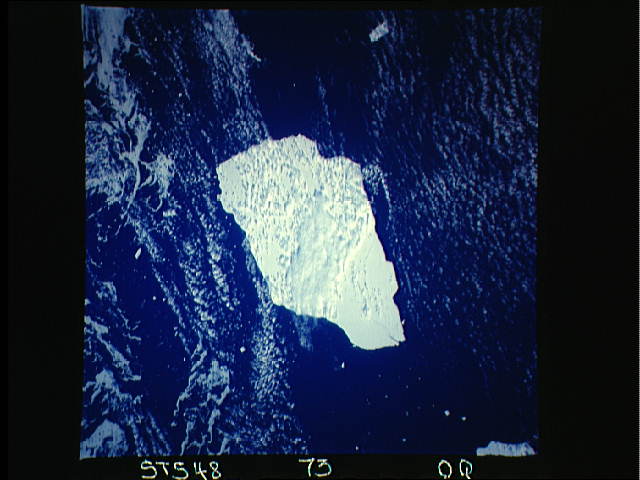 
Spacecraft Altitude: nautical miles (0km)
Other options available:
Download Packaged File
Download a Google Earth KML for this Image
View photo footprint information
Image Caption: STS048-73-Q Iceberg, South Atlantic Ocean September 1991
A tabular iceberg, which has the outline of a small school bus or small truck and has broken away from the Antarctic ice sheet, is seen in this low-oblique photograph taken just southeast of the tip of South America. Some icebergs in the Southern Hemisphere are more than 62 miles (100 kilometers) long. This iceberg, estimated to be 43 miles (69 kilometers) long and 21 miles (34 kilometers) wide (or about the size of the state of Rhode Island), is moving northeast in the south Atlantic Ocean. Smaller chunks of ice and icebergs can be seen surrounding the larger iceberg. An iceberg of this type and size has never been reported in the Northern Hemisphere.

This large tabular iceberg, broken off from the Antarctic Ice Sheet, was spotted in the South Atlantic Ocean (57.0S, 57.0W) southeast of the tip of South America as it was slowly being moved north and east by wind, current and tidal influences. This type of iceberg, never to be seen in the northern hemisphere, is typical for Antarctica. Although some such icebergs are as large as 100 km in length, this one measures about 35 by 69 km.