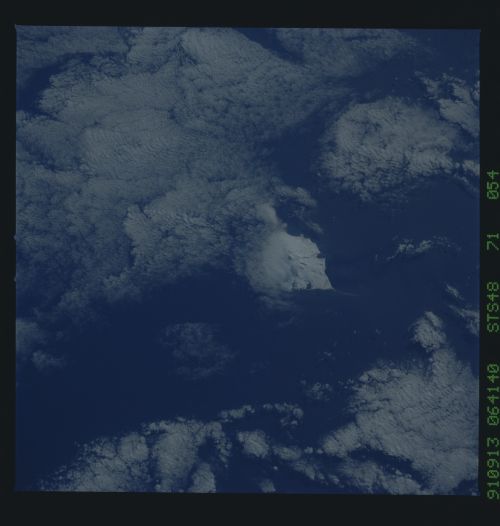 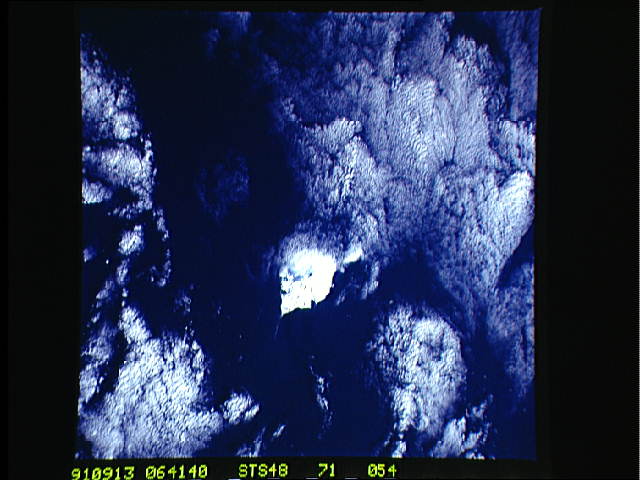 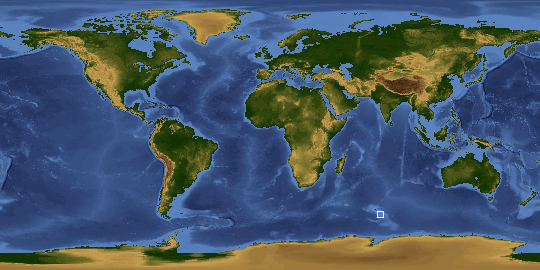 Other options available:
Download Packaged File
Download a Google Earth KML for this Image
View photo footprint information
Image Caption:
S48-71-54. Heard Island. A first, this photograph of Heard Is-
land in the south Indian Ocean views the eastern part of this
two-lobed island. The large, active but quiet volcano, Big Ben,
forms the bulk of the island. A smaller peak, Anzac, comprises
the north-west lobe of the island. The island is uninhabited, but
supports a small, seasonal marine research station (study of
seals, penguins, other birds). The island, on the Antarctic
Plate, is snow covered from April through November. It is part
of the Kuerguelen-Heard hot spot.