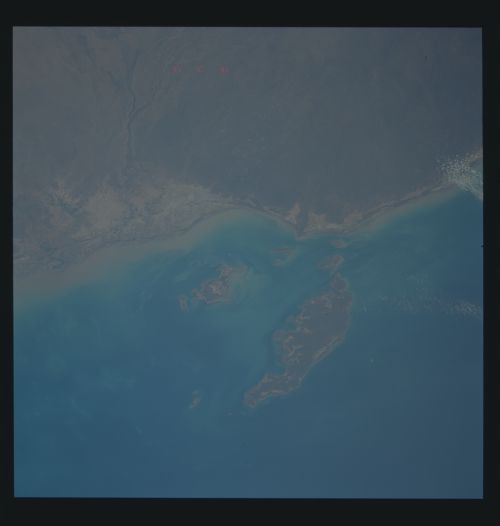 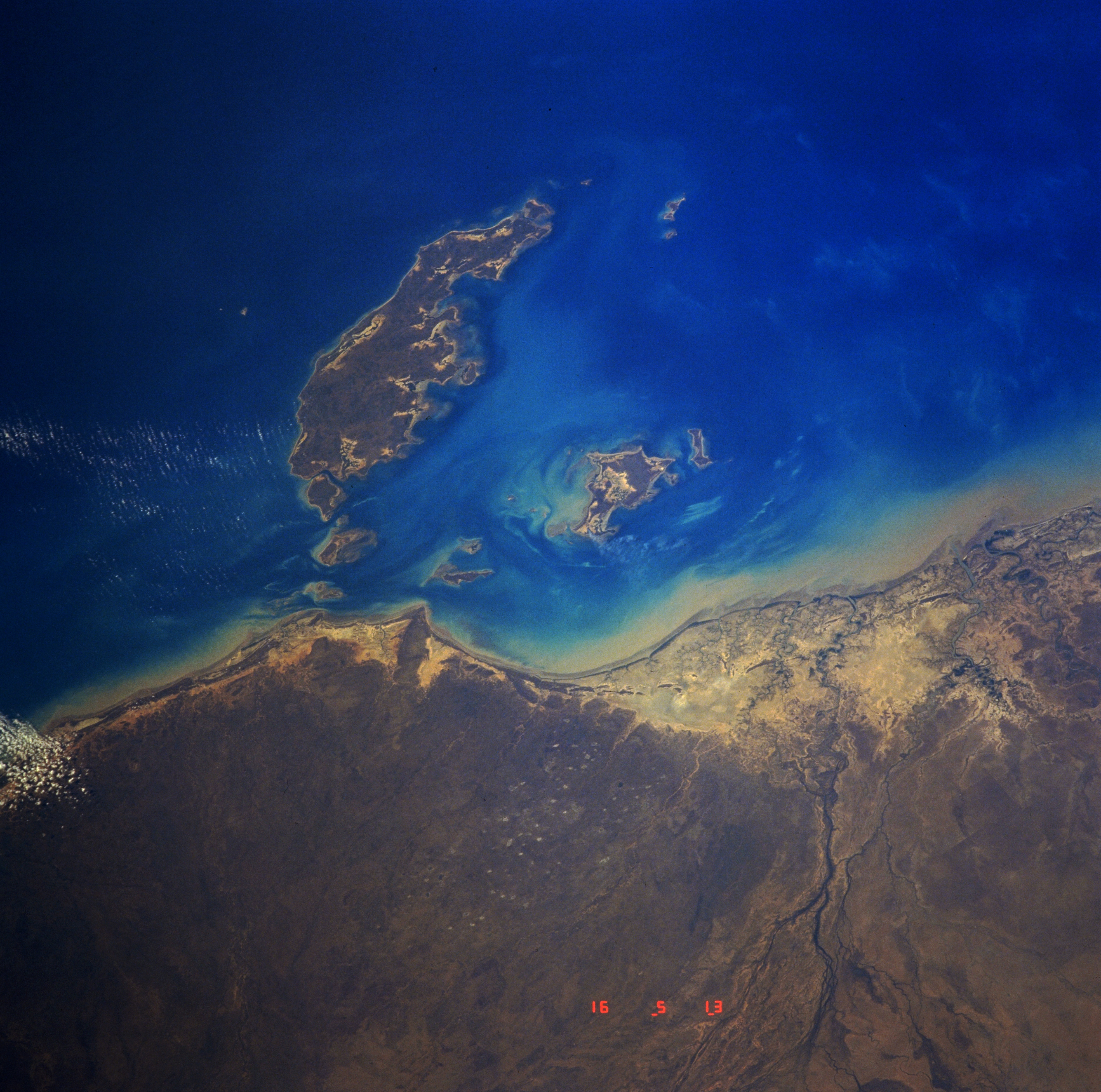 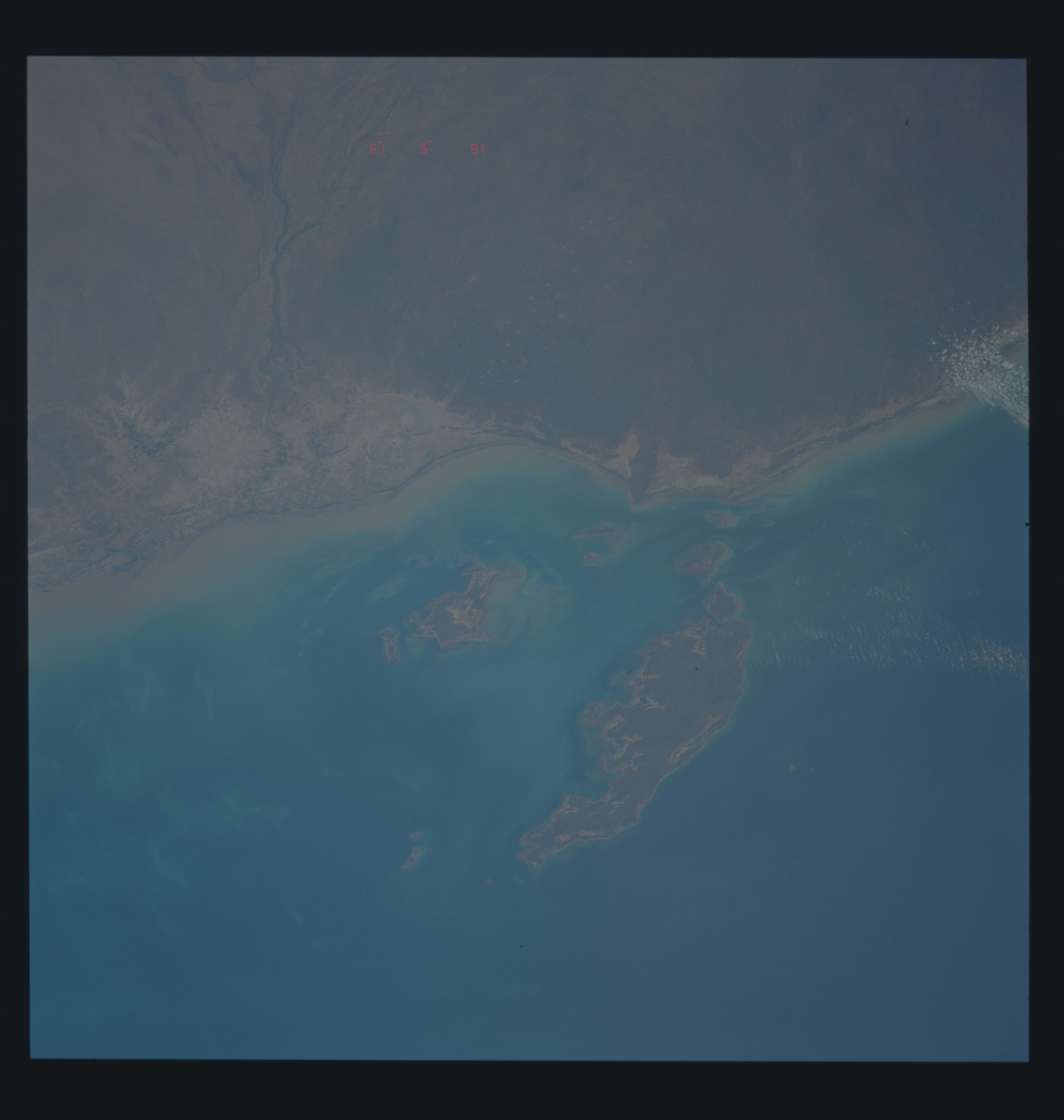 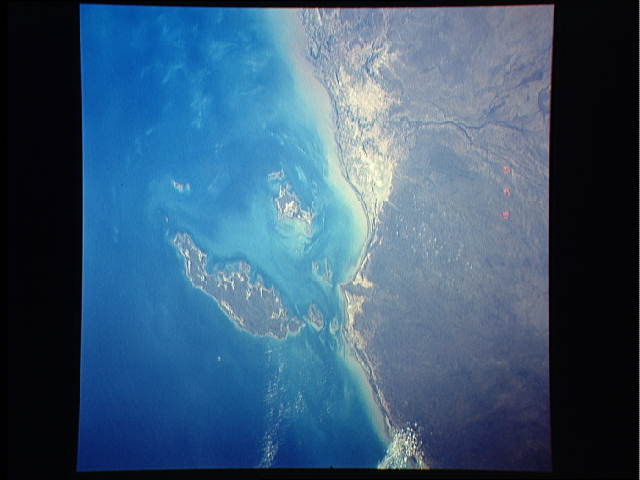 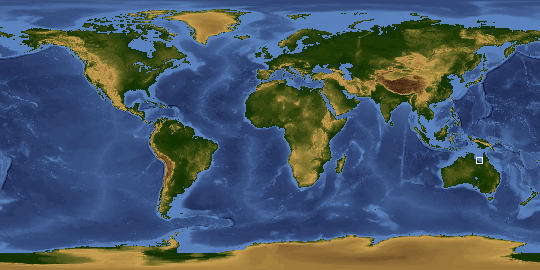 Other options available:
Download Packaged File
Download a Google Earth KML for this Image
View photo footprint information
Download a GeoTIFF for this photo
Image Caption: STS048-616-032 Mornington Island, Queensland, Australia September 1991
Mornington Island, the large island off the northwest coast of Queensland, is one of several that make up the group known as the Wellesley Islands. These islands are located along the southern end of the Gulf of Carpentaria. Ninety-five percent of Mornington Island's population is Aboriginal. The general topography of the island is flat with the maximum elevation of 500 feet (150 meters). Several creeks and rivers converge (darker, dendritic pattern) near the coast (lower right) to form a sandy delta, immediately south of Bentinck Island (second largest island in scene). A significant band of brownish sediment can be seen hugging most of the coastline in the image.