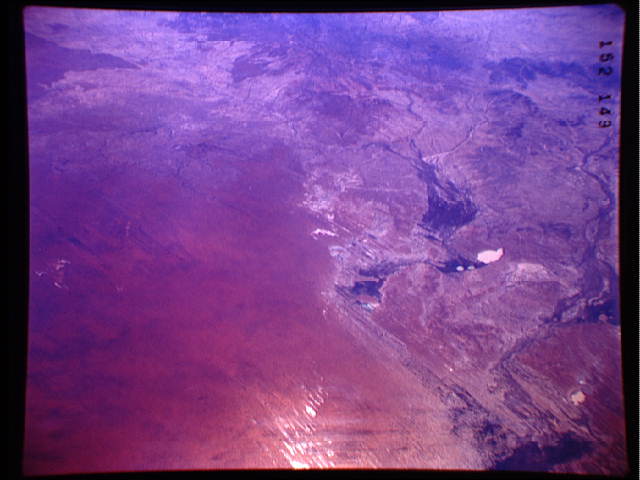 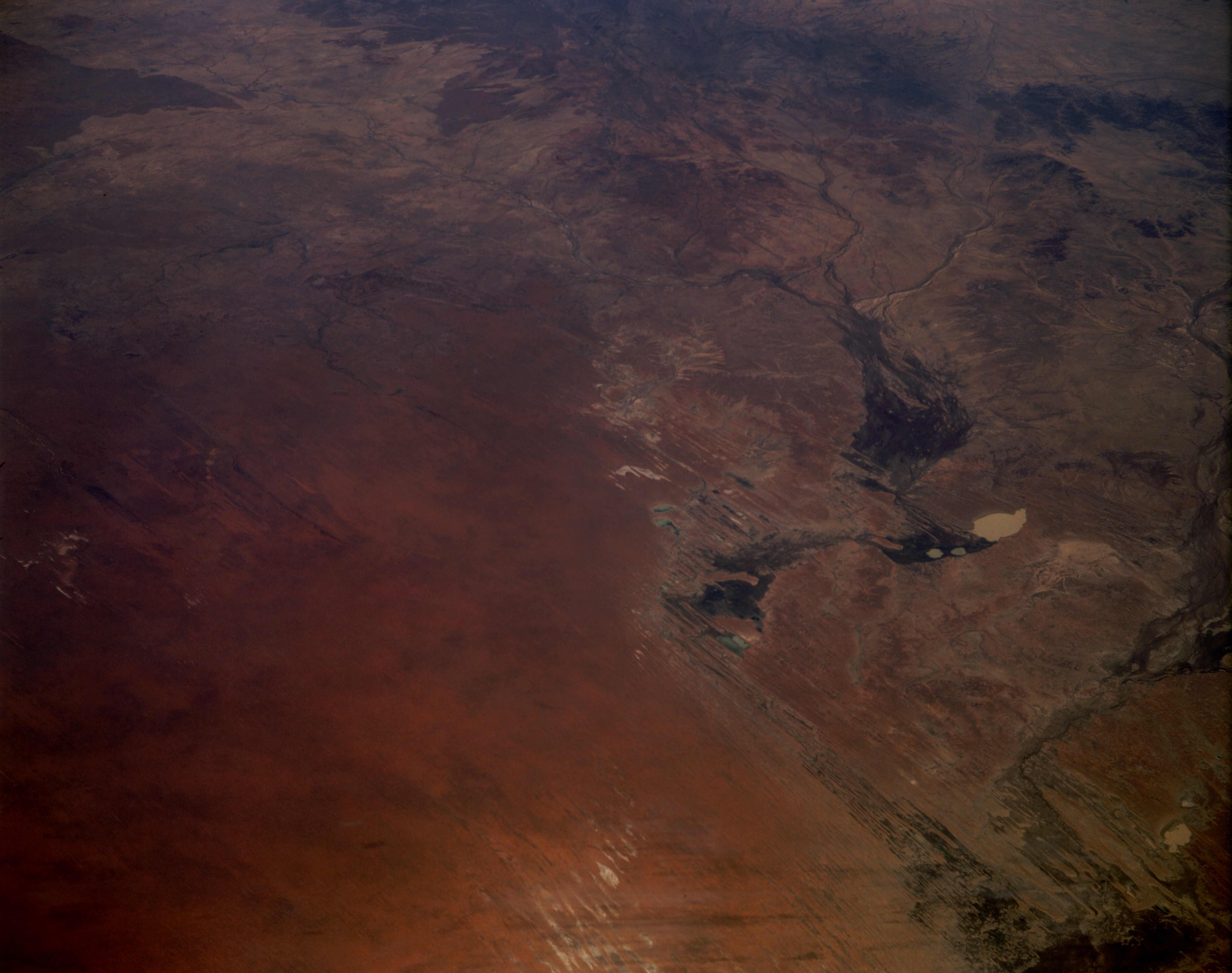 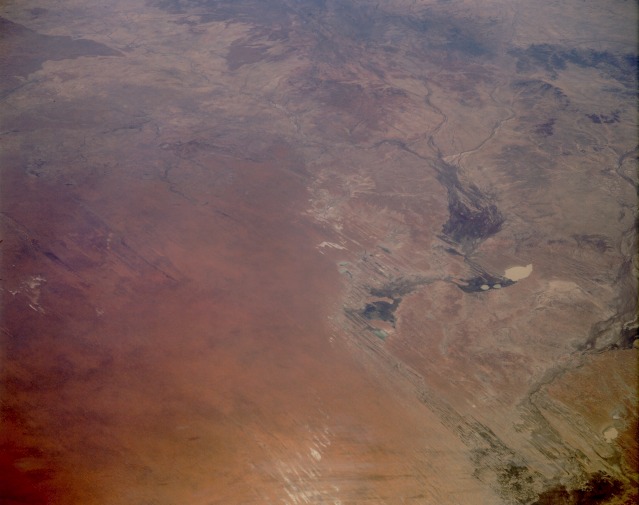 Other options available:
Download Packaged File
Download a Google Earth KML for this Image
View photo footprint information
Image Caption: STS048-152-149 Eastern Simpson Desert, Queensland and Northern Territory, Australia September 1991
Ephemeral drainage features abound in this low-oblique, generally north-looking photograph of the eastern Simpson Desert. The western half of the photograph shows numerous sand ridges and northwest-southeast-oriented sand dunes with a reddish-brown appearance caused by a red iron oxide coating on the quartz sands. The eastern half of the photograph shows a complex network of interior drainage patterns. Many watercourses, among them the Eyre River, Georgina River, and Burke River, contain water only when rains occur in the desert. Because of the low relief throughout the region, stream channels alter their courses and create wide floodplains after rains. Some stream channels also seem to be controlled by the prevailing northwest-to-southeast wind. The darker areas within many of the broader floodplains indicate that some type of desert vegetation (usually grasses or algae) is growing in the watercourses. Several mapped dry lakes appear to have water in them, suggesting that recent rains may have provided some moisture to the area. Several lakes are discernible--Lake Machattie, the whitish, roughly oval, water-filled lake toward the east; Lakes Mipia and Koolivoo, the two smaller lakes southwest of Lake Machattie; and a series of elongated, dry salt lakes along the southern edge of the photograph.