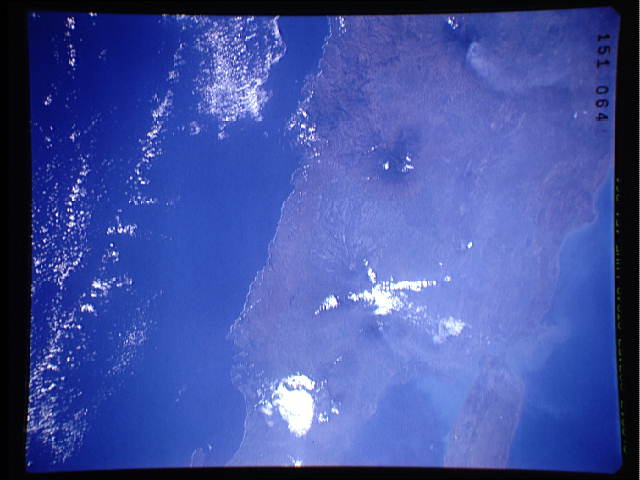 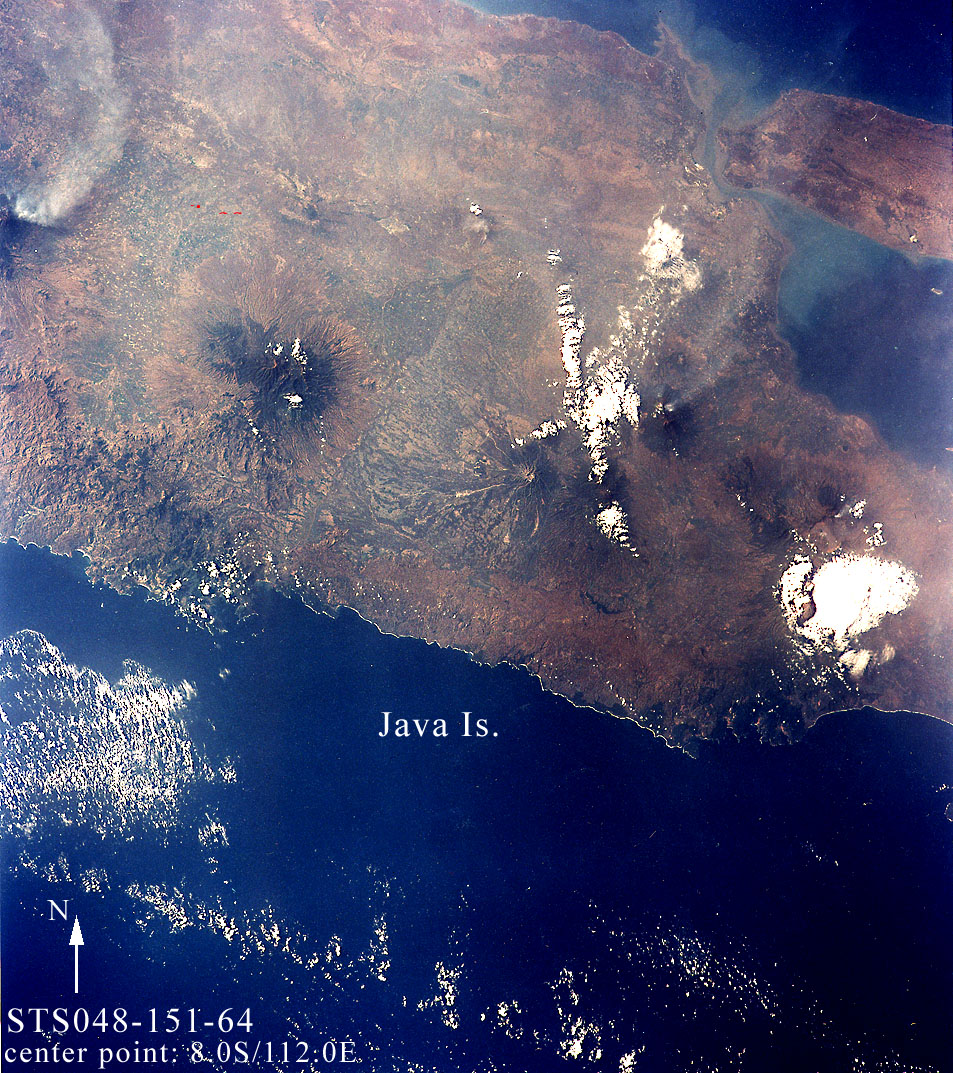 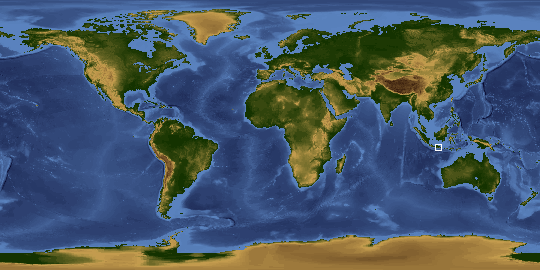 Only the mountain tops remain forested, but fires burn on the
mountain flanks in at least three separate places (arrows). The
ash and mudflows from eruptions in 1990 scar Kelut volcano (1).
(STS048-151-064)

S48-151-064: Central Java, Indonesia. Java has over 35 active
volcanoes, which form an East-West line of peaks down the spine
of the island. Some of the volcanoes are the most active and ex-
plosive in the world. This scene shows five of Java's volcanic
peaks, and three have plumes coming from or near their summits.
To the west, the largest plume is along the flank of Mt Lawu...
however, this plume is believed to be a large ground fire on the
mountain's flank. Similarly, the small plume at the edge of
Tengger caldera at the eastern edge of the frame is also likely a
fire. The plume flowing north from Welirang volcano (just to
the east of the central cloud mass) is likely steam emissions
from the volcano. A small area near the summit is discolored and
devegetated, indicating probable recent volcanic activity. Just
south of Welirang is Kelut volcano which had a large, deadly er-
uption in 1990. The summit area is still ash covered, and many
of the river drainages on the mountain are visibly choked with
the ash. The STS-48 crew photographed another volcanic eruption
on the Indonesian island of Halmahera.

The Indonesian island of Java (8.0S, 112.0) has over 35 active volcanoes, some of which are the most explosive in the world, and form an east/west line of peaks the length of the island. Five are in this image and at least one is thought to be currently active. The plume flowing north from Welirang (just east of the central cloud mass) is believed to be steam emissions. Also, the lack of vegetation at the peak indicates volcanic activity.