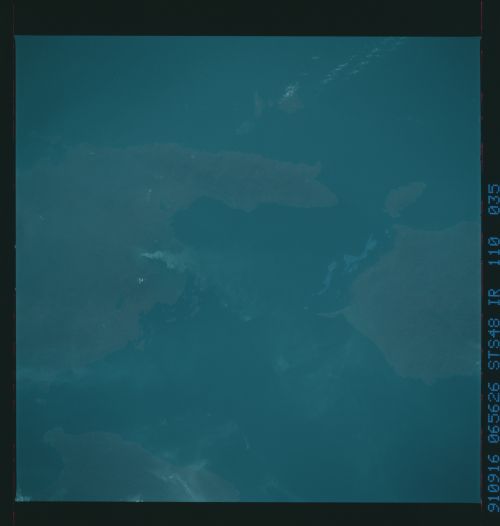 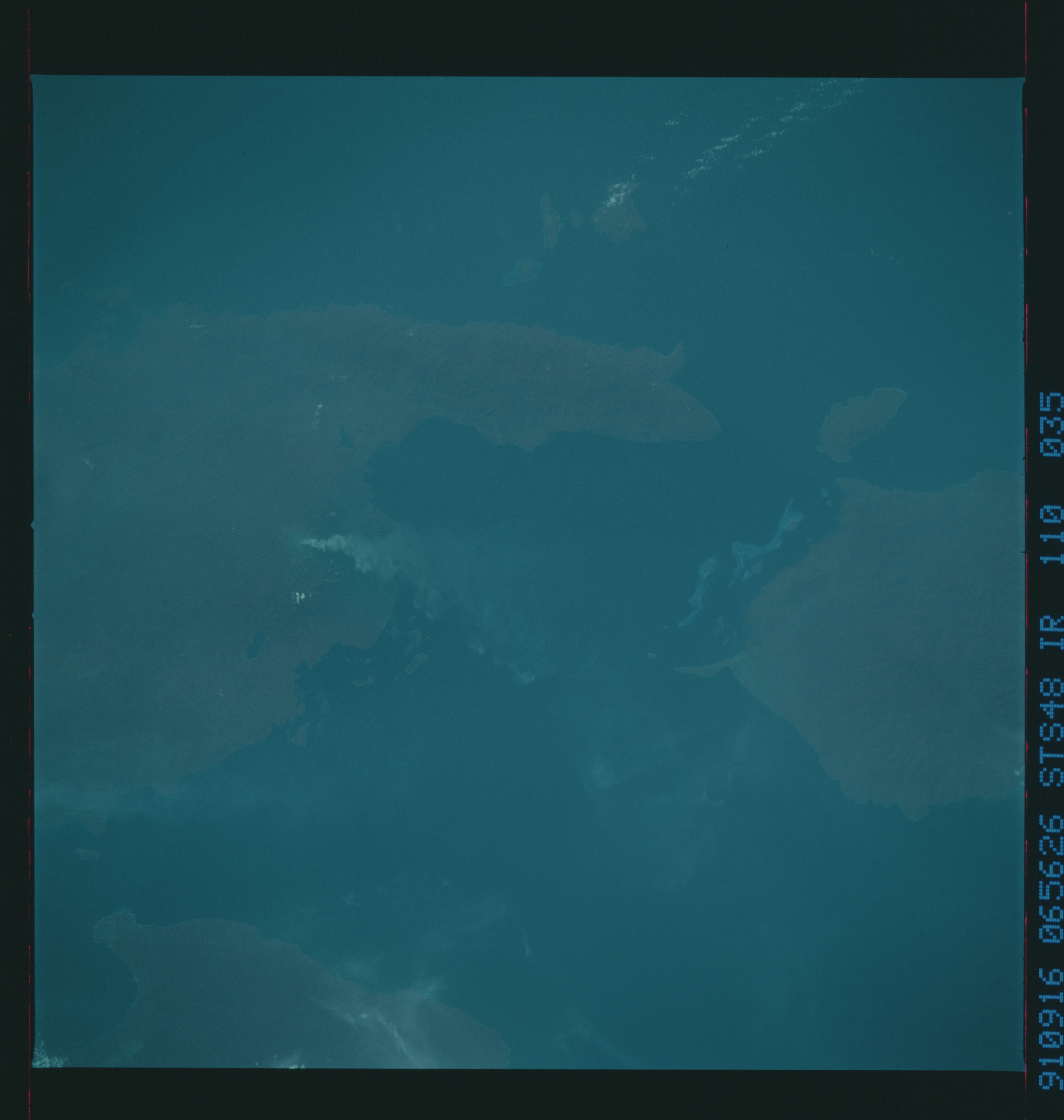 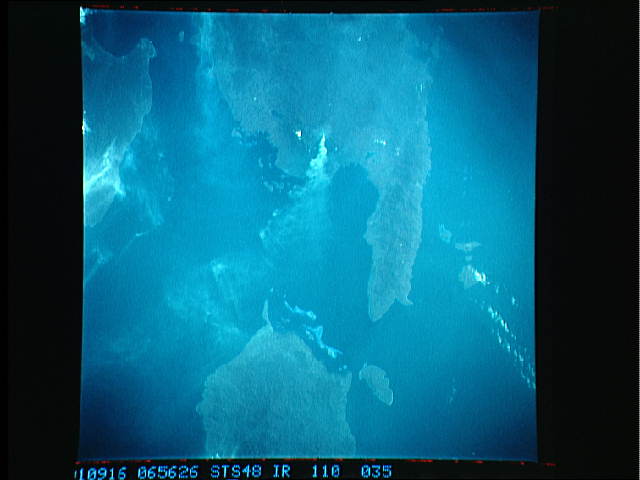 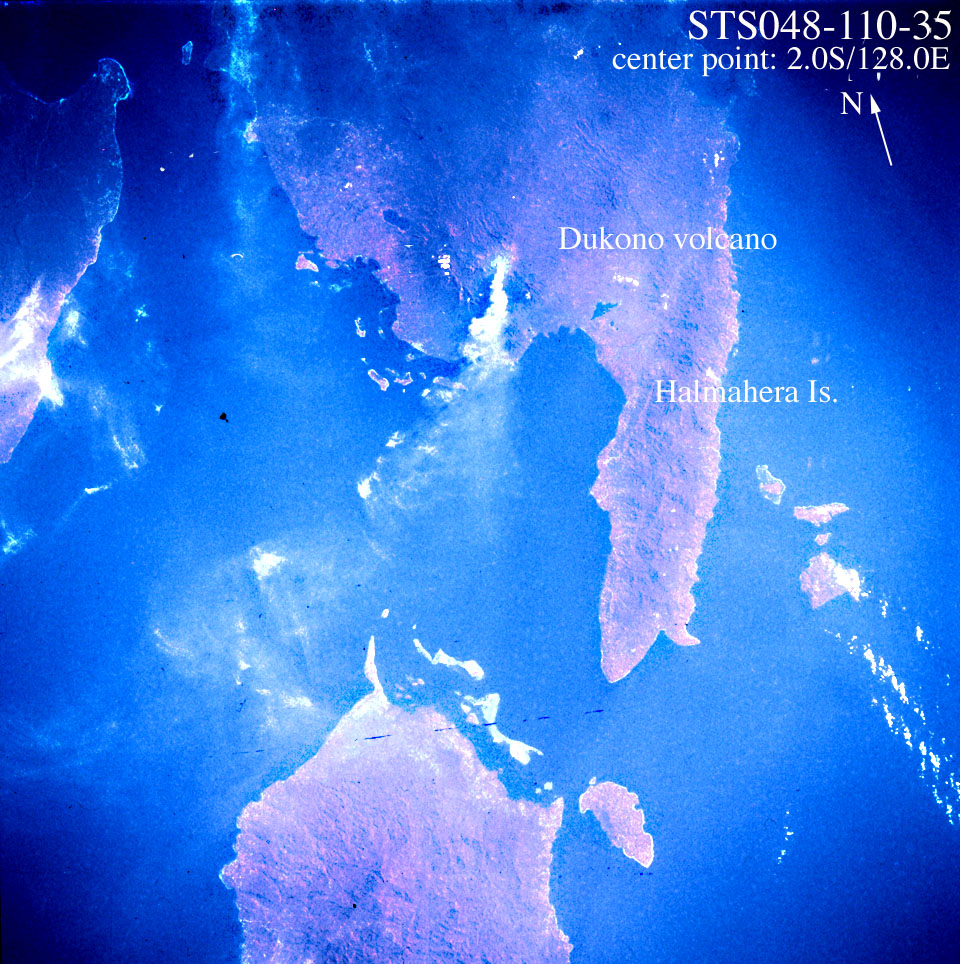 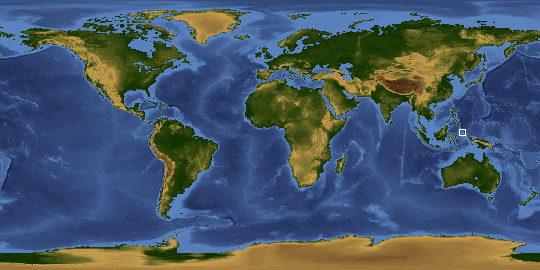 Other options available:
Download Packaged File
Download a Google Earth KML for this Image
View photo footprint information
Image Caption:
S48-110-35: Dukono volcano, CIR. Halmahera is another octopus-
shaped Indonesian island, east of Sulawesi and forming the
eastern boundary of the Molucca Sea. These two photographs on
different type of film capture a large plume from Dukono volcano
along the northern arm of the island. The plume itself appears
at least 20 miles long, and has a substantial component of ash.
Dukono was reportedly almost continuously active until around
1980, when reports of activity ended. The first reports of this
phase of activity were earlier in the summer, but were uncon-
firmed.... this is a very remote island. These photographs
represent the first documented activity.