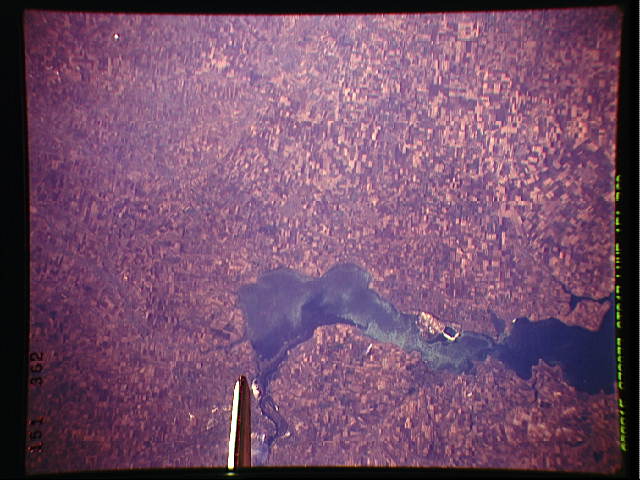 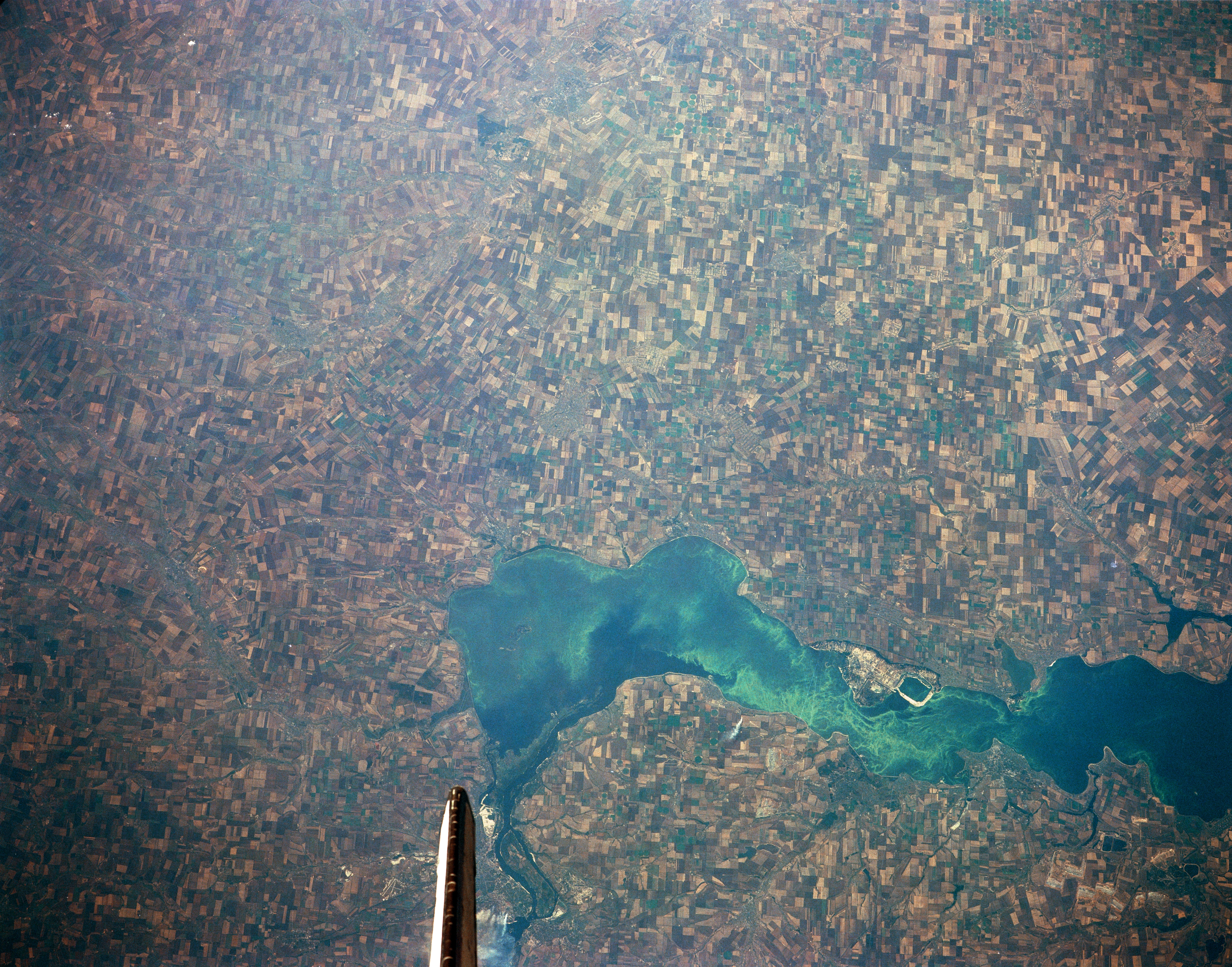 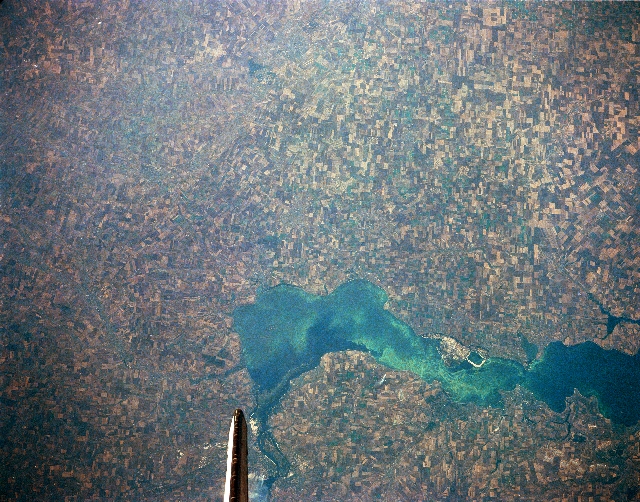 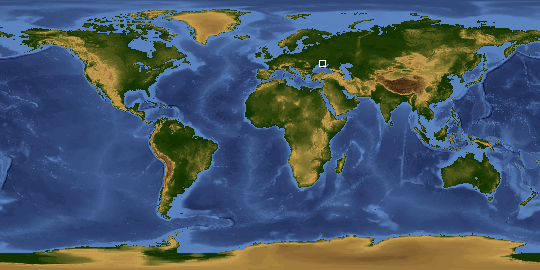 Other options available:
Download Packaged File
Download a Google Earth KML for this Image
View photo footprint information
Image Caption: STS047-151-362 Dnieper (Dnipro) River, Ukraine September 1992
The Dnieper River widens dramatically and makes a 90-degree turn to the west immediately south of Zaporizhzhya (lower left corner) in southwest Ukraine. The intensive use of the land for agriculture is easily observed by the multitude of cultivated (angular-looking) field patterns that cover the landscape north and south of the river. This extensive region of the Ukraine has been called the "Bread Basket of Eastern Europe". From a crop productivity and intensity of land use perspective, this region of the Ukraine has similar attributes to the Midwest farmlands of the United States. Physiographically, this level, treeless plain that makes up most of the territory of the Ukraine, called a steppe, is also very similar to the American Midwest. Unfortunately the vast farmland requires large quantities of fertilizers and pesticides that are contaminating the soils and are also polluting the streams and rivers in this agricultural region. Notice in this image that the Dnieper River exhibits an unusual surface pattern as well as surface reflectivity colors that are the result of some level of pollution.