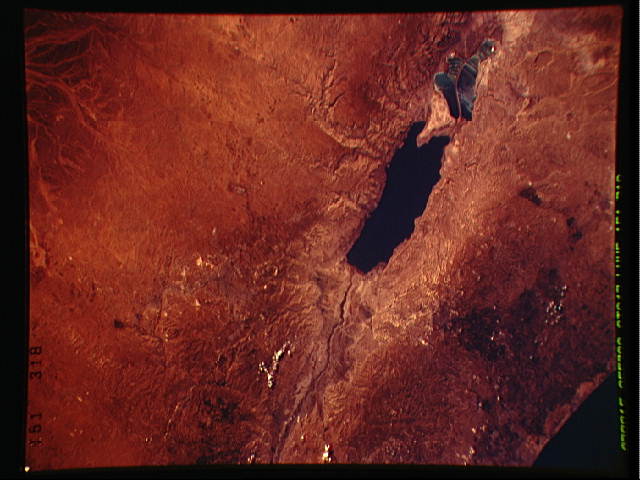 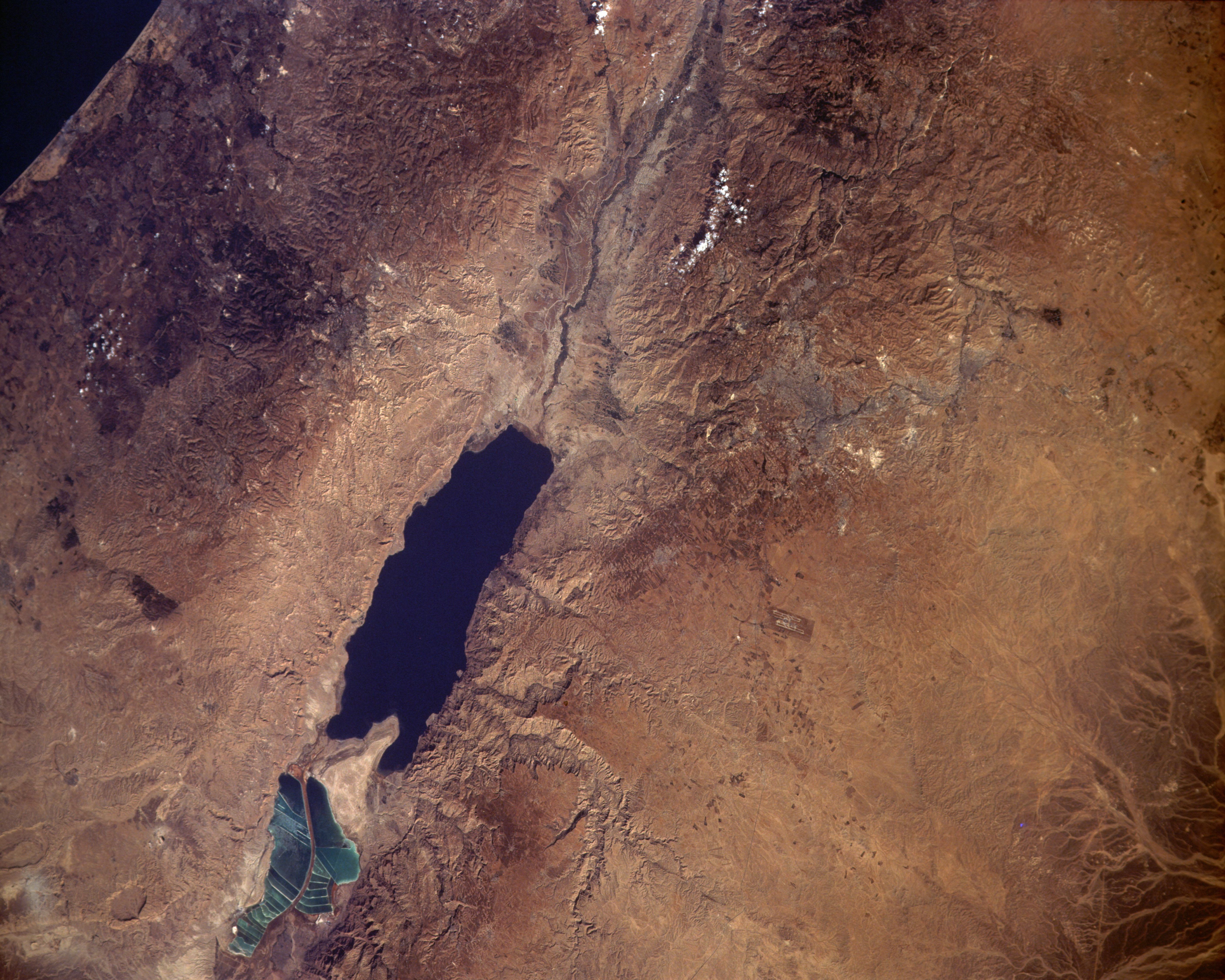 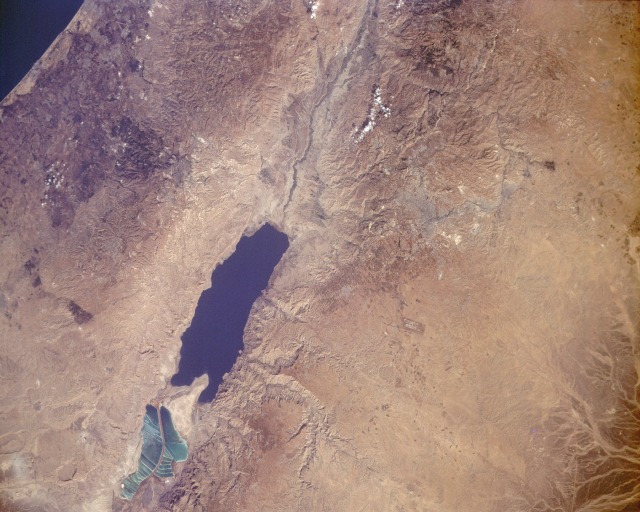 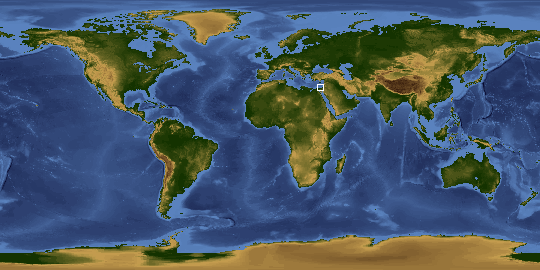 Other options available:
Download Packaged File
Download a Google Earth KML for this Image
View photo footprint information
Image Caption: STS047-151-318 The Dead Sea, Israel and Jordan September 1991
The Dead Sea, the lowest body of water in the world at 1296 feet (396 meters) below sea level, and the Great Rift Valley in which it lies are featured in this near-vertical photograph. The Dead Sea, 15 miles (24 kilometers) east-southeast of Jerusalem (grayish-blue smudge in the photograph), is 50 miles (80 kilometers) long, 10 miles (16 kilometers) wide, and covers more than 360 square miles (930 square kilometers). Averaging almost 1000 feet (300 meters) in depth, the small sea is supplied by waters from the Jordan River (north of the sea) and numerous smaller streams and springs. Although no outlet for the sea exists, the water balance is maintained by a high evaporation rate. Millions of years ago Earth movements produced the Great Rift Valley (the downslipping of land between parallel fault systems), thereby creating the Dead Sea, which sits in a basin within the rift system. This giant fracture in the Earth's crust reaches from Syria in the north to Mozambique in southern Africa. The shifting continues today and is evidenced by occasional earthquakes throughout the region. The peninsula of El Lisan (The Tongue) divides the sea into two unequal basins--the southern basin being much smaller and shallower. The Dead Sea is second only to Djibouti's Lake Assal as the world's saltiest body of water. The sea level has fluctuated during the last century. From 1880 to 1935, it rose approximately 20 feet (6 meters); subsequently, the increased use of the Jordan River for irrigation caused the water level to fall. Visible are Amman, the capital of Jordan (gray), to the northeast and the runways of Queen Alia International Airport to the east of the sea.