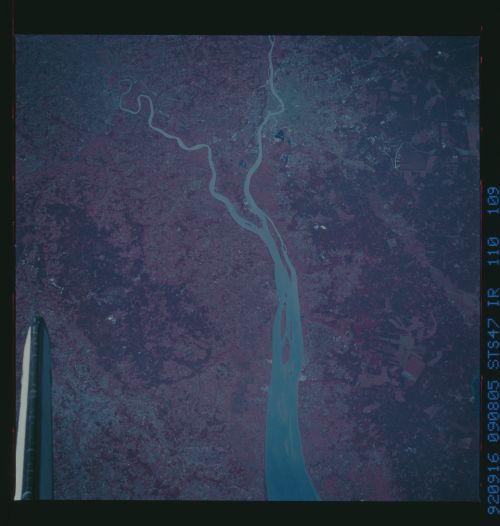 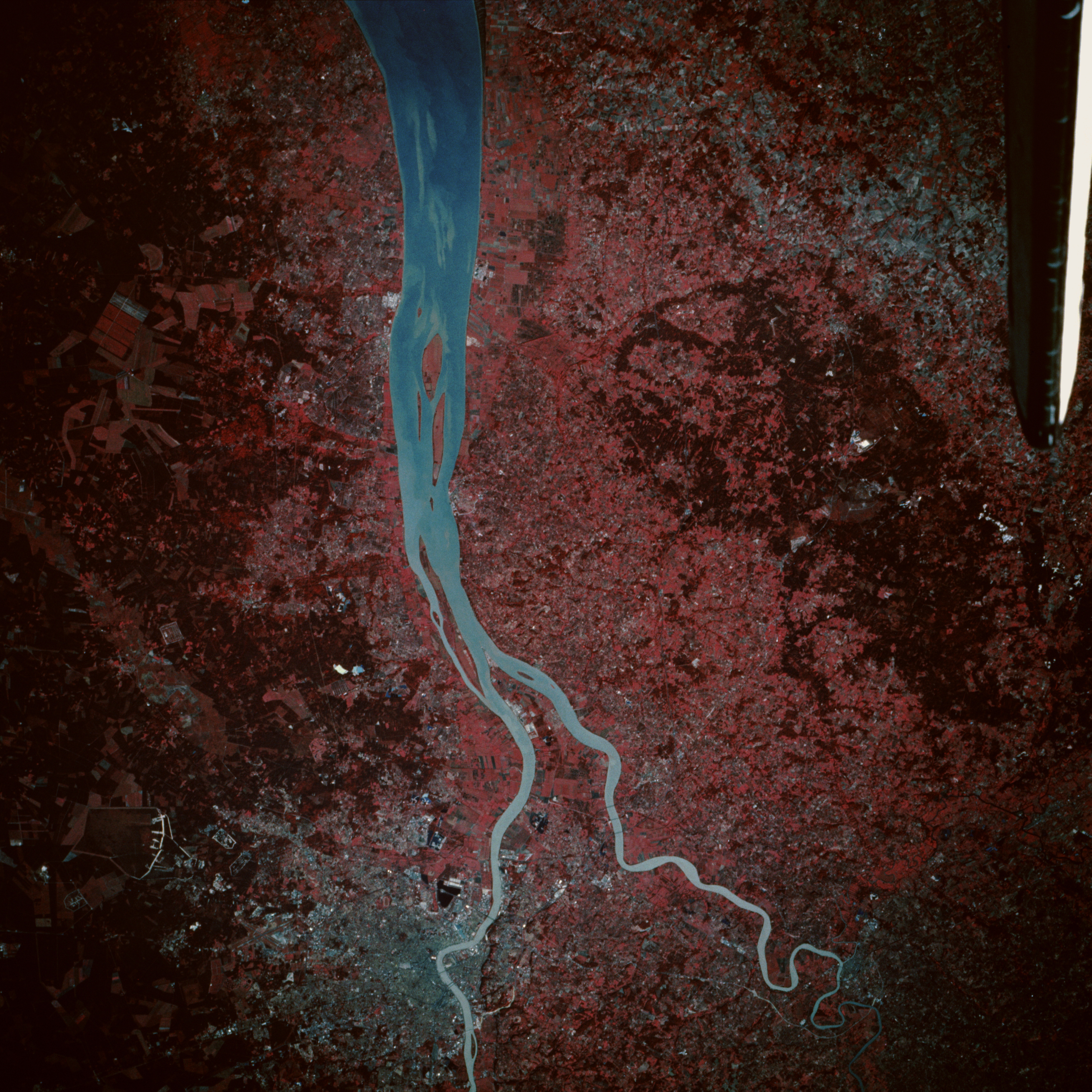 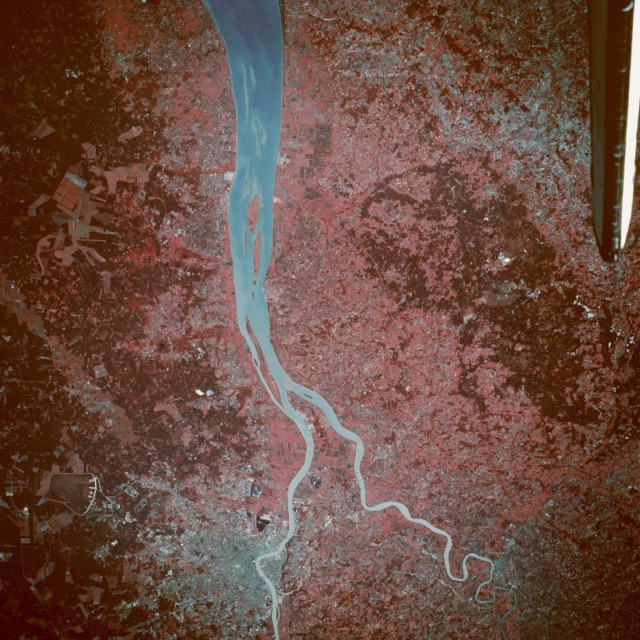 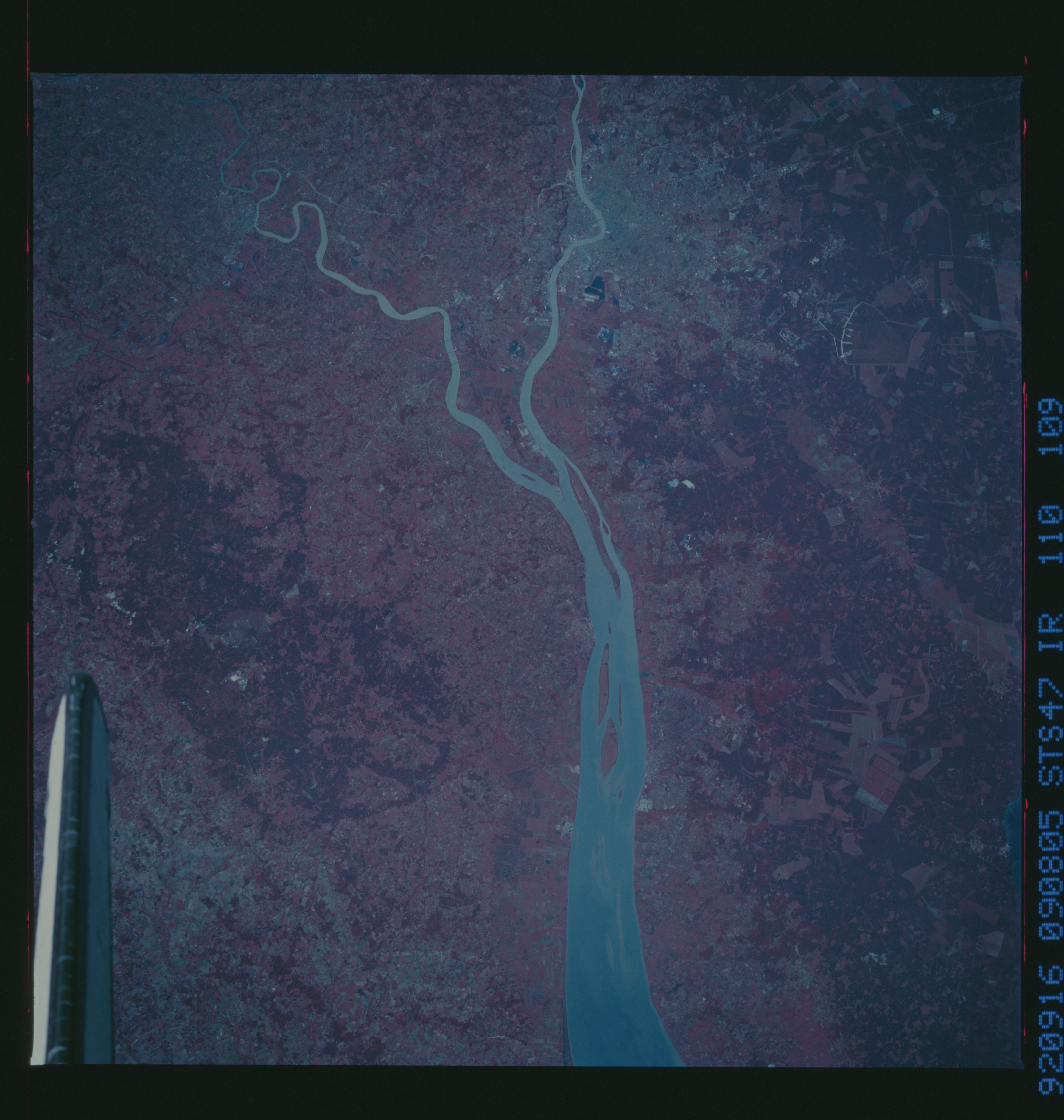 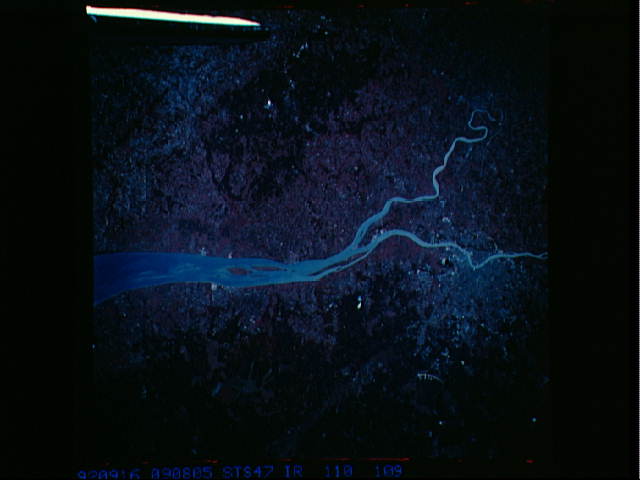 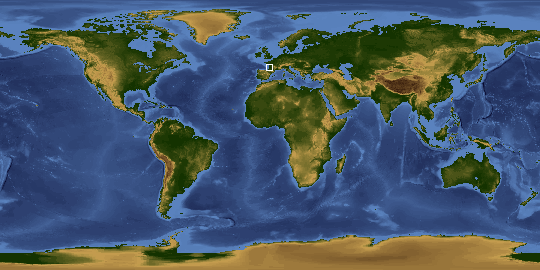 Other options available:
Download Packaged File
Download a Google Earth KML for this Image
View photo footprint information
Image Caption: STS047-110-109 Bordeaux, France September 1992
Bordeaux, with a population of approximately 250 000, is apparent in this near-vertical, infrared photograph. Bordeaux, a commercial seaport and industrial city, is located approximately 13 miles (20 kilometers) south of the confluence of the Garonne and Dordogne Rivers, both of which are bridged in several places (visible in photograph). The widened watercourse of the two merged rivers is known as the Gironde as it flows westward toward the coast of France. Bordeaux is noted for its red and white wines that are produced from the many vineyards in the area. The infrared film helps to identify cultivated field patterns (light red), forested areas (dark red), and urban Bordeaux with its adjacent smaller towns (blue-gray).