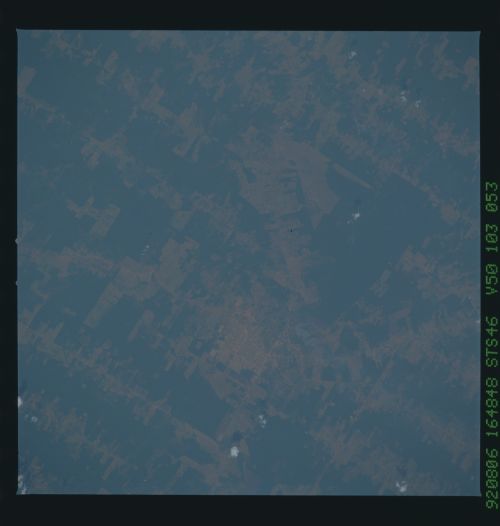 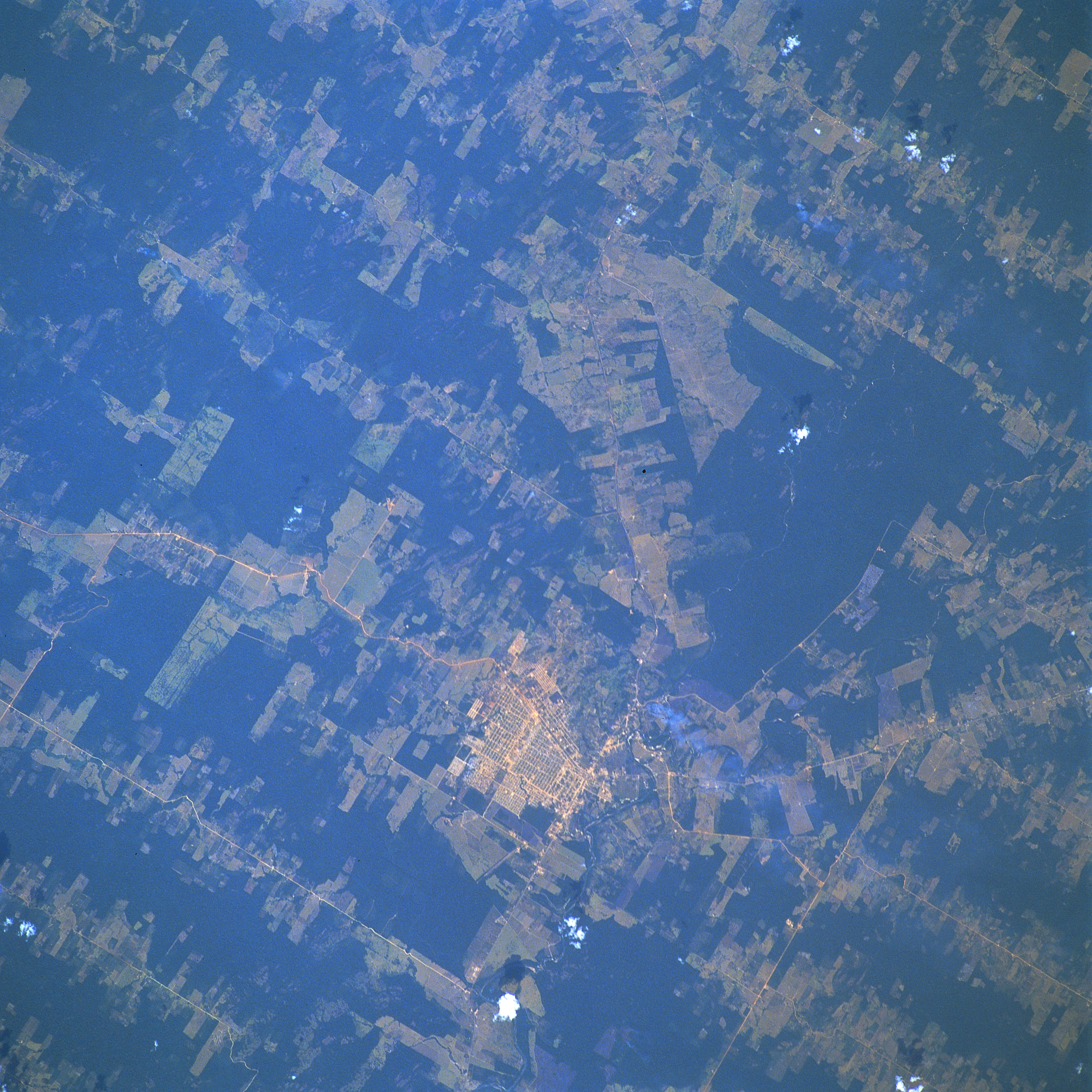 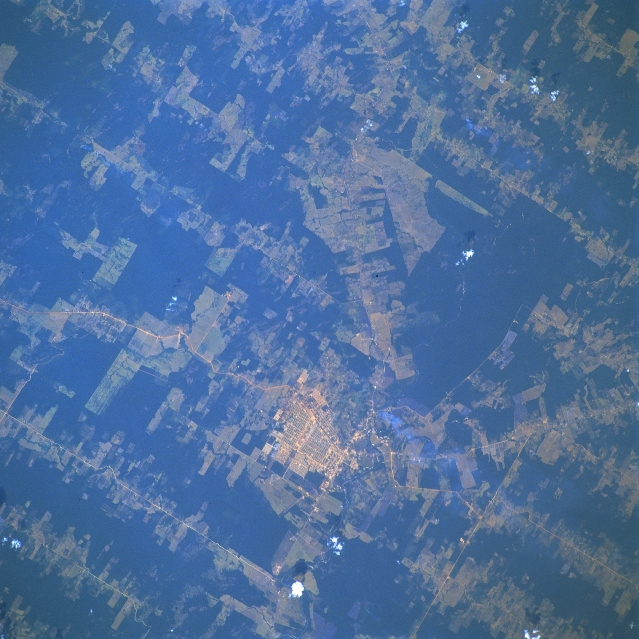 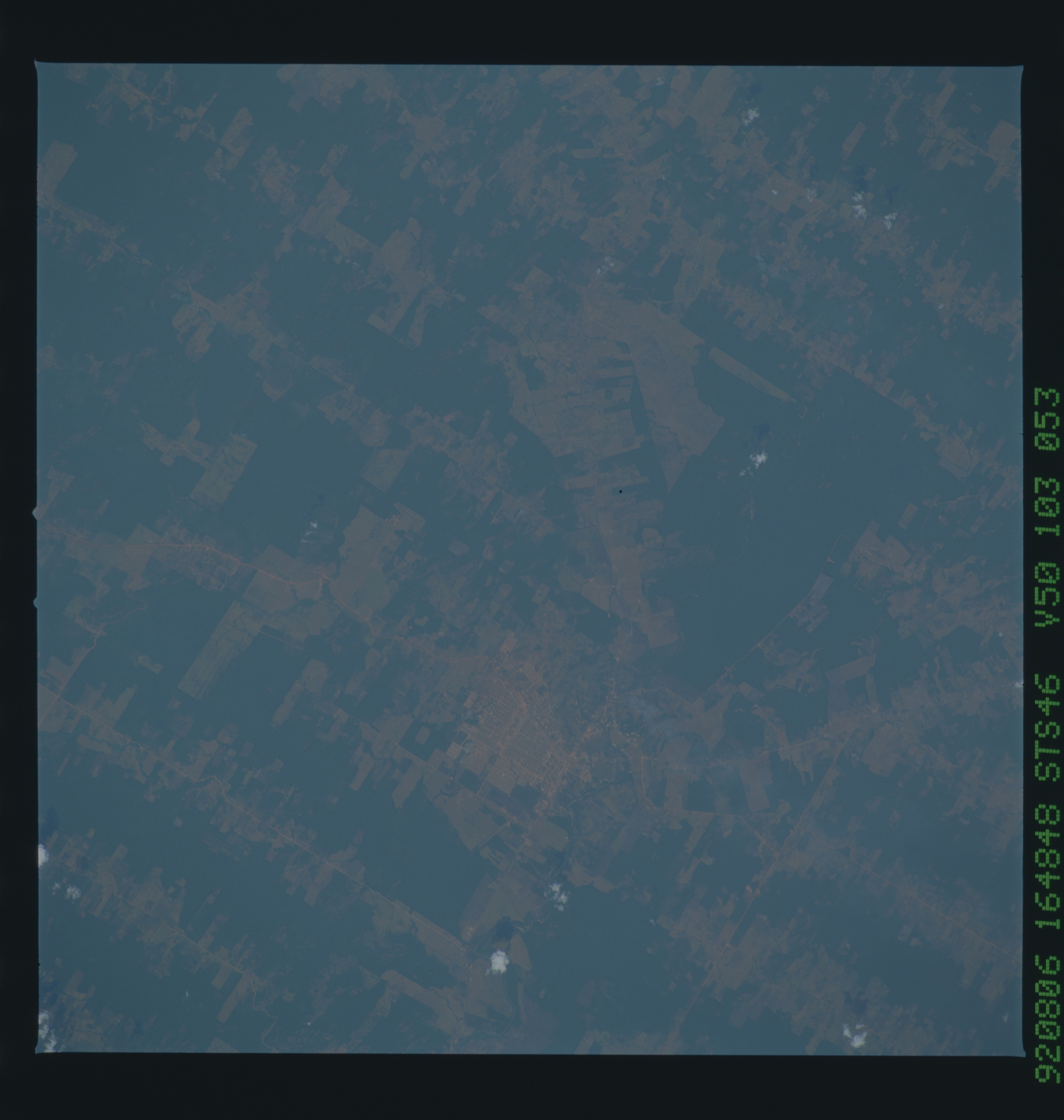 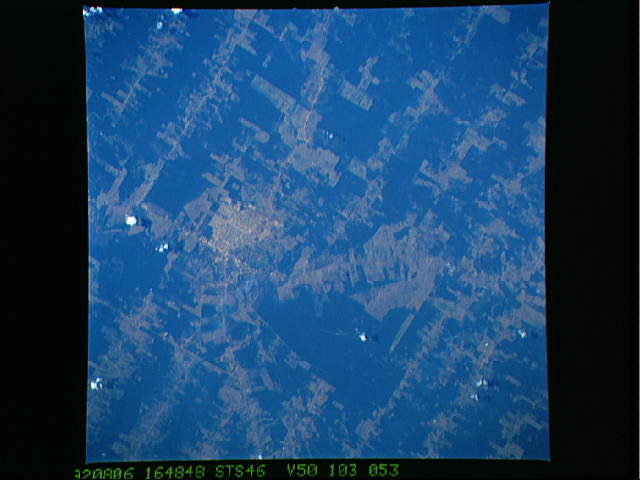 Other options available:
Download Packaged File
Download a Google Earth KML for this Image
View photo footprint information
Image Caption: STS046-103-053 Ariquemes, Rondonia, Brazil August 1992
The gridded street pattern of Ariquemes. (1990 estimated population 70000 and Rondonia's fourth largest city), is visible slightly below the center of the image. Part of Highway BR-364 the main highway (light-colored line) through the region can be traced diagonally across the image, as it passes along the east side of Ariquemes. The darker landscape is the natural rainforest canopy and the lighter-colored terrain shows the extent of the clear cutting for logging and agricultural purposes-either crop production or cattle ranching. Notice that practically all of the truncated roads (light colored lines) are very straight and parallel to one another, thereby creating a pattern in Rondonia that is unique to this region of Brazil.


This view of deforestation in Rondonia, far western Brazil, (10.0S, 63.0W) is part of an agricultural resettlement project which ultimately covers an area about 80% the size of France. The patterns of deforestation in this part of the Amazon River Basin are usually aligned adjacent to highways, secondary roads, and streams for ease of access and transportation. Compare this view with the earlier 51G-37-062 for a comparison of deforestation in the region.