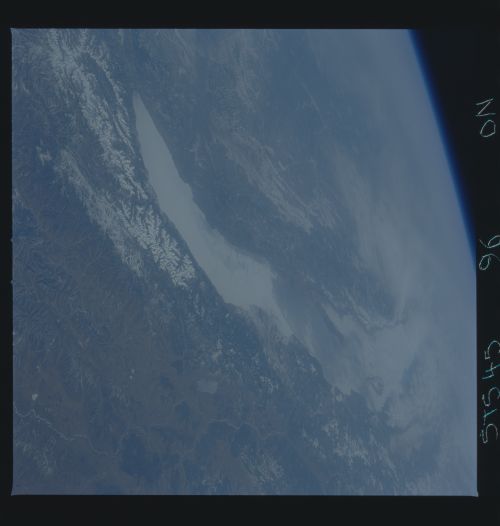 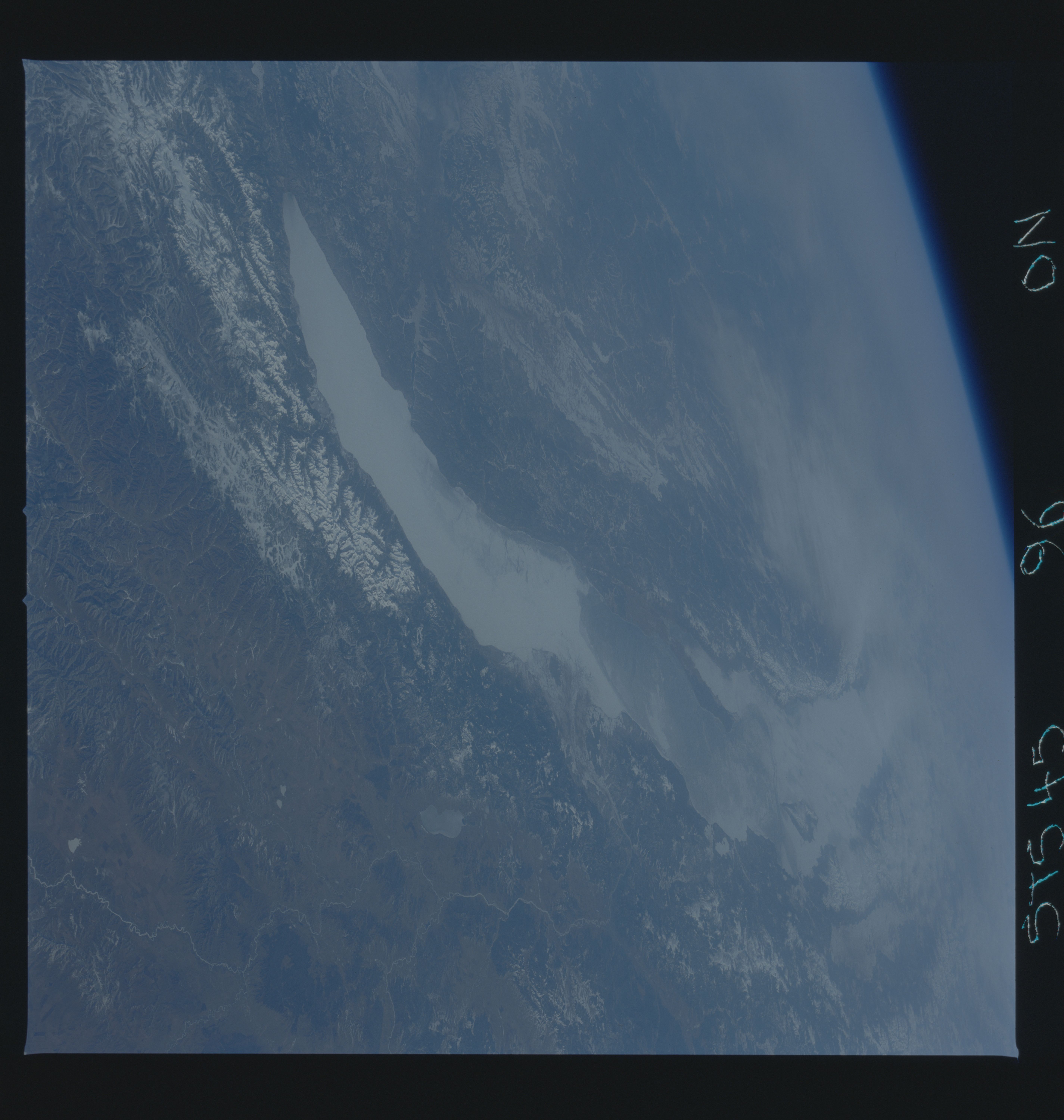 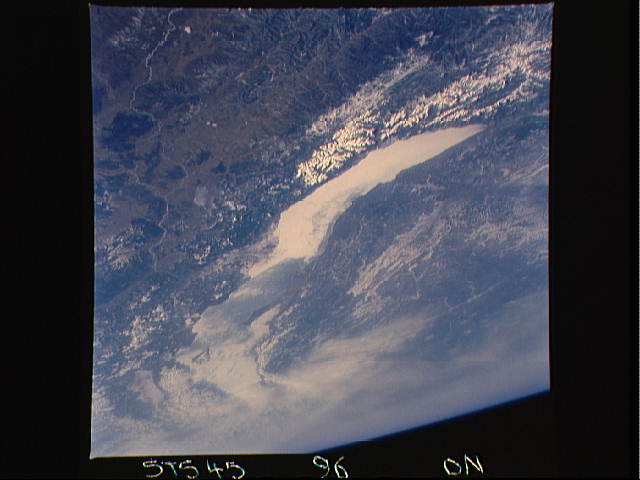 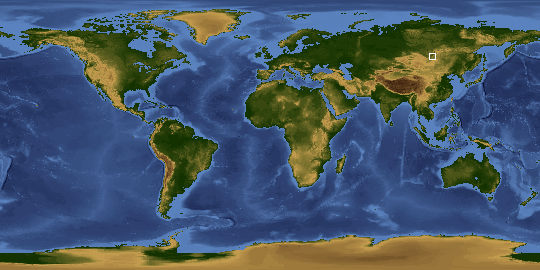 Other options available:
Download Packaged File
Download a Google Earth KML for this Image
View photo footprint information
Image Caption:
STS045-96-00N: North-Looking View of Lake Baikal The central
basin of Lake Baikal in southeastern Siberia maintains only a
thinned and broken ice cover, despite the deep Siberian winter
freeze. This mysterious phenomenon, also observed in January
during STS-42, suggests that the central basin of the lake (which
is the deepest basin, reaching depths of almost 2000 meters) is
experiencing a period of overturn, where warmer waters from depth
reach the surface and prevent the formation of extensive ice cov-
er. Freon dating of the lake's deep waters suggests that such
circulation occurs very episodically (on the order of 10 years).

Lake Baikal is unique in many respects: It is the world's larg-
est volume of fresh water, holding roughly 1/5 of the world's
fresh water supply. Because the lake is so large, deep, and old,
it supports a special ecosystem which includes many species of
plants and animals found nowhere else. The lake sits in the mid-
dle of a continental rift zone, where the Siberian crust is thin-
ning and pulling apart. Hot water vents with plant and animal
communities similar to those found at mid-ocean ridges have been
found in Lake Baikal...the first discovery of such vent communi-
ties in fresh water.

This view shows the large delta built by the Selenga River near
the southern end of the lake. Across the lake from the delta is
the Angara River, the lake's only outlet, and the city of Ir-
kutsk.


Lake Baykal, Russian Soviet Federated Socialist Republic (52.5N, 108.0E), is the world's largest body of fresh water. In area, it covers 12,162 sq. miles and reaches depths of over 5,300 ft. in places and in volume, it holds as much water as all five of North America's Great Lakes combined. Because of it's immense size, Lake Baykal is seldom photographed in it's entirety such as can be seen in this view.