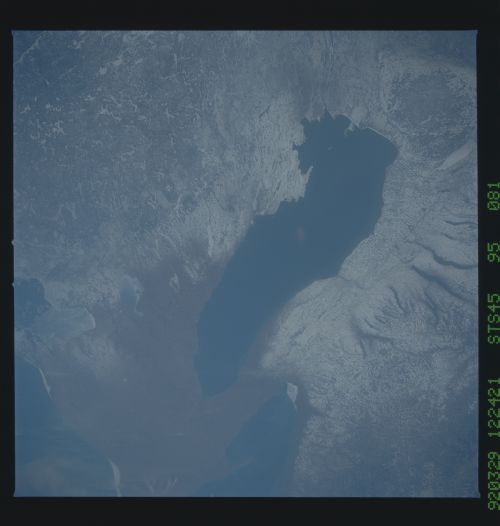 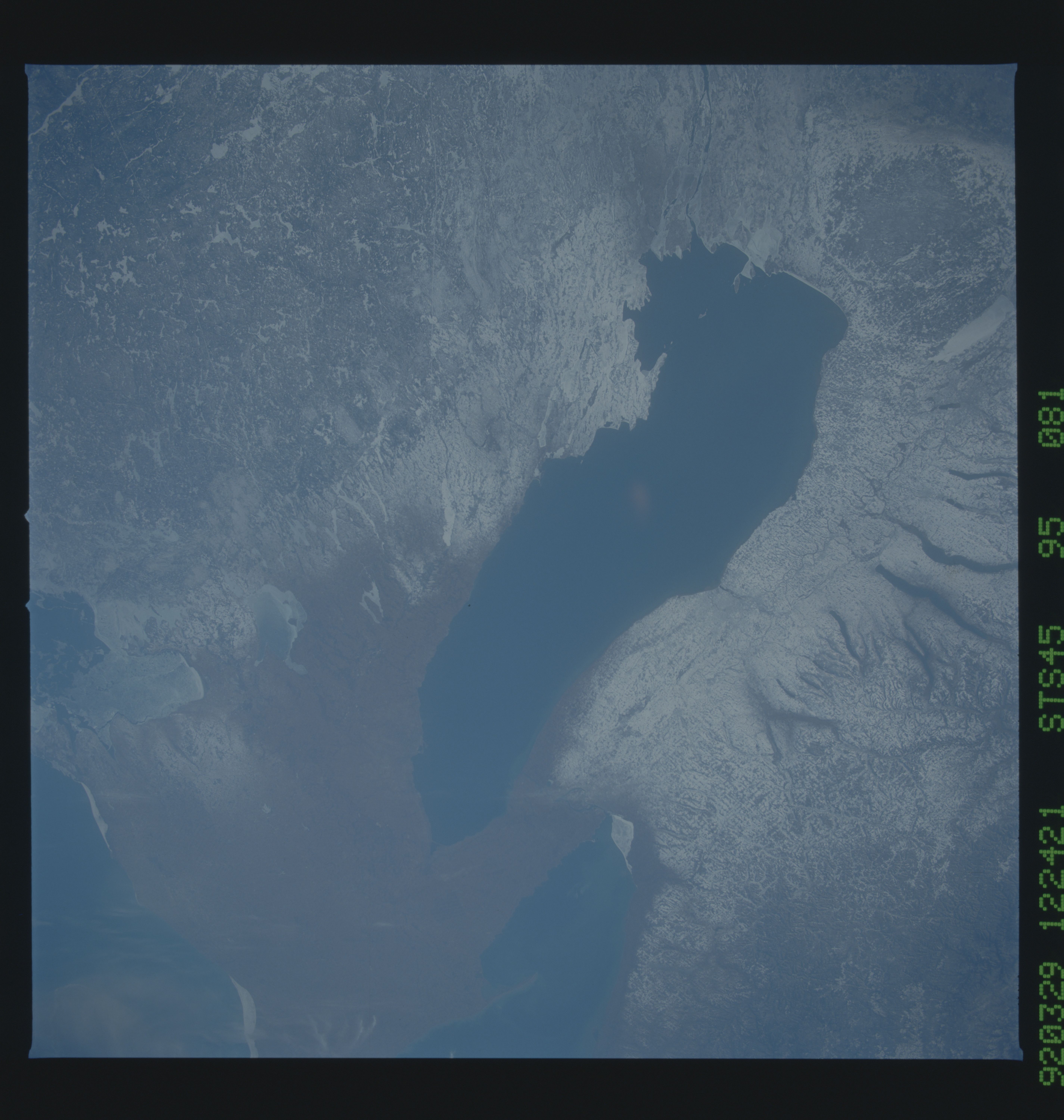 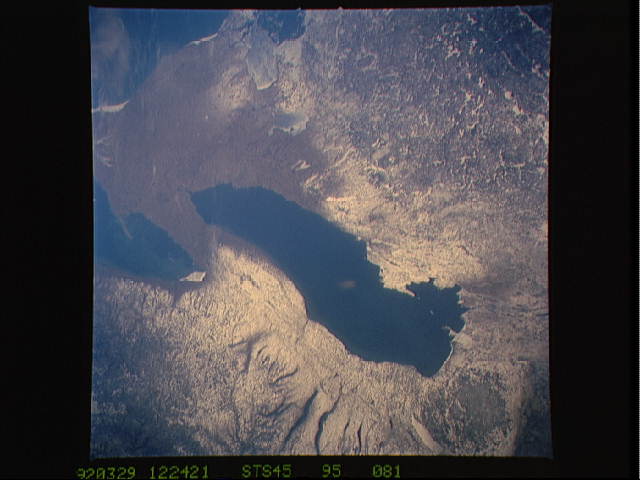 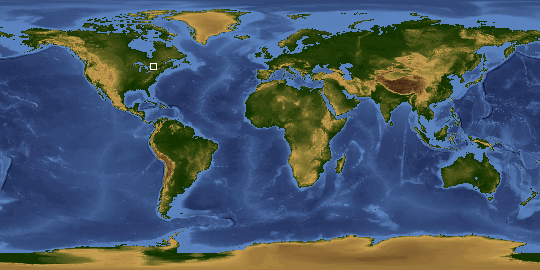 Other options available:
Download Packaged File
Download a Google Earth KML for this Image
View photo footprint information
Image Caption: STS045-95-81 Upstate New York March 1992
This wide-angle view of the central portion of upstate New York, centers on the Finger Lakes and the Adirondacks. The large city on Lake Ontario is Rochester. Although Rochester has no heavy industry, the outlines of the city show fairly well in the snow, but much less so than do the outlines of industrial cities elsewhere in the world. The Finger Lakes are large north-south lakes, which were carved out by glaciers. The Finger Lakes province continues to the west of the large lakes and to the south, where there are north-south hills and valleys, which were also carved by the glaciers.

Two prominent linears run east-west across the scene between Lake Ontario at the top of the photograph and the Finger Lakes. The southern east-west feature is the New York State Thruway (I-90). North of the Thruway is a more sinuous east-west feature: the Erie Canal, the barge canal which connected Lake Erie in the west with the Mohawk River at Rome, NY, to the east (right).

The other major topographic and geologic provinces which are highlighted by the snow cover include the large Tug Hill Plateau, just east of Lake Ontario. This region receives some of the greatest snowfall in the U.S. Further to the east are the Adirondack Mountains, the oldest and highest regions of New York. The St. Lawrence drains Lake Ontario north of the Adirondacks.